Hello, friends. I've had a very 2020-ish last 48 hours. Wednesday night there was a thunderstorm that blew through Boston at 6:00pm and it took my internet and cable with it. I am typing this from Panera, where I have been working for the last two days, since my internet has not been restored.

This is pandemic week 32.

As I have every week since mid-March, I am sharing ideas for what to watch this weekend. If you missed any of the previous lists, you can find all of them on my TV recaps page.

Before we get into this week's picks, here are a few things to look forward to:

Now onto this week's picks! I know I usually share six shows or movies, but given all the internet and TV struggles I had this week, I'm sharing three. Back to regularly scheduled programming next week!

1. Schitt's Creek, Season 6 (Netflix) - I was anxiously awaiting the release of the sixth and final season of Schitt's Creek and it was even better than I was expecting! Moira's movie gets released to high praise, Johnny and Stevie find a new business opportunity, Alexis tries to manage long distance with Ted, and David and Patrick plan their wedding.

This season was absolute perfection. When it ended, I wanted to re-watch the entire thing immediately.

I don't want to give anything away, but let's just say you will be a blubbering mess when you watch the final episode.

2. Emily in Paris (Netflix) - There was so much hype around this show and when it was released last Friday I watched the entire thing in two sittings.

The show's creator is Darren Star, who is the mind behind Sex and the City, 90210, Melrose Place and Younger. This new show stars Lily Collins as Emily, a young woman who moves to Paris to work for a marketing agency. Her co-workers hate her, but she makes a great friend, Mindy, and has a ridiculously handsome neighbor, Gabriel.

There's romance, work drama, fabulous fashion and stunning views of the City of Light. It felt like just the confection I needed during this shit storm of a year.

The final moment of the last episode leaves things on a cliff hanger, so I really hope they get green lit for a second season!

3. Under the Tuscan Sun (Amazon) - This week I've found myself missing travel more than ever. It's been seven months since I've left Massachusetts!

To scratch that itch, I highly recommend watching Under the Tuscan Sun. Diane Lane plays Frances, a woman who buys a villa in Tuscany, Italy and starts a totally new chapter of her life.

There you have it! This week's recommendations. I'll be back next Friday with much more.

END_OF_DOCUMENT_TOKEN_TO_BE_REPLACED 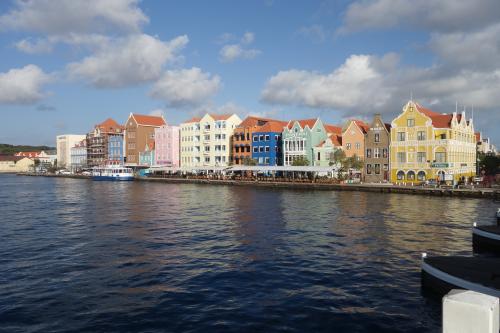 The Queen Emma Bridge in Willemstad is one of the most beautiful sights in Curacao. The view of the candy-colored houses is a must-see!

I did a boat load of streaming last week and have a fresh round of picks for you on this snowy weekend.

Jennifer Aniston and Danielle Macdonald star in Dumplin', the story of a mother and daughter brought together in the most unexpected of ways.