It's week 16 of quarantine and we're headed into the final days of June. When this all began in the United States in early March, I could never have fathomed we'd be seeing COVID-19 case numbers surging in so many cities across the country right now. Please continue to stay safe and wear your mask!

Each week of shelter-in-place I have been sharing a list of six suggestions for TV shows or movies to watch over the weekend. In case you missed any of the previous recommendations, you can find all of them on my TV recaps page.

Before we dive into this week's picks, here are a few things that are coming soon to look forward to:

Last week I recommended Taste the Nation on Hulu, Padma Lakshmi's new show about the immigrant food experience in the United States. If you haven't started it yet, you must! There are five episodes that I really, really loved:

Warning: this show will make you very hungry!

1. Disclosure (Netflix) - In honor of Pride Month, Netflix released the documentary Disclosure on June 19. The film originally premiered at Sundance earlier this year and examines the representation of trans people in the media.

It's a mix of archival footage and one-on-one interviews with members of the trans community who are actors, models, writers, producers and filmmakers.

Laverne Cox, best known as Sophia on Orange is the New Black, is not only featured, but was an executive producer on the film. Cox is joined by Alexandra Billings, Zackary Drucker, Candis Cayne, Trace Lysette, Jazzum and dozens more who share their stories.

There are a few recent television interviews shown, including one with Oprah Winfrey and one with Katie Couric, that are cringe-worthy.

This documentary really makes you think and empowers you to fight for better representation in front of and behind the camera for the shows and movies that you support.

2. Athlete A (Netflix) - In this newly released documentary, filmmakers Bonni Cohen and Jon Shenk take viewers behind the scenes of the investigation into USA Gymnastics that ultimately exposed decades of sexual abuse at the hands of team doctor Larry Nassar.

Though you may be familiar with the Nassar name and the Olympians who came forward as victims - Simone Biles, Aly Raisman, Mckayla Maroney - you may not be as familiar with national team member Maggie Nichols, who USA Gymnastics labeled as "Athlete A" in their documentation of her complaint.

Nichols reported the abuse to her coach, as well as her parents, in 2015. All three adults took the news to USA Gymnastics and the president of the organization, Steve Penny, told them he was handling it, along with the FBI. As it turns out, there was nothing being pursued. Not only would it take over a year for Nassar to see any kind of consequence, but despite her high scores and placing 6th all-around, Nichols was not selected for the 2016 Olympic team, not even as one of the three alternates. It was clear retaliation.

The part of the story that Athlete A brings to light is how instrumental the investigative reporting team at the Indy Star was in bringing Nassar and Penny to justice. You can read more about that here.

I read a lot of reviews of this film and I think Digital Spy says it best, "There is a sensitivity to the documentary, a gentleness to its gaze. In spite of the horrific details divulged, it isn't graphic. It isn't with a morbid curiosity that you're compelled to keep watching, but rather with hope and a thirst for justice for these young women on whose shoulders we place so much."

3. Sneaky Pete (Amazon) - If you are looking for a new show to stream, I really liked Sneaky Pete. It's co-created by Bryan Cranston (of Breaking Bad fame) and David Shore, one of the creators of House. The executive producer / showrunner is Graham Yost, the creator of Justified. Pretty solid credentials, no?

The show centers around Marius Josipovic, an inmate about to come up for parole. Acutely aware of the dangers that await him on the other side, he decides to steal his cellmate's identity. You know, to really start this new, free chapter of his life on the right foot.

This show is part The Americans, part Ocean's Eleven. Each episode is around 45 minutes long and your heart will be pounding, wondering if Marius is going to get caught. There are currently three seasons available, with 10 episodes each.

4. World of Dance (NBC) - I used to be a huge fan of So You Think You Can Dance, watching it live every week. In recent years, I have been loving World of Dance, produced by Jennifer Lopez, who is also the lead judge.

There have been five episodes so far and this year they're doing things a little differently. There were four rounds of auditions (in a new space that feels more like a gritty warehouse) and then one round of call backs. Next week begins my favorite round: the duels!

I enjoy watching all of the dancers across all of the styles, but the junior division (under 18) always makes me smile most, especially the crews that do hip-hop or break dancing. Those kids have swagger!

World of Dance airs at 10:00pm on Tuesdays on NBC. The episodes that have already run can be watched on demand.

5. 27 Dresses (Amazon) - If you find yourself feeling sad about all the bachelorette parties and weddings you were supposed to be attending this summer, channel that bridesmaid energy into 27 Dresses. The movie is available to rent on Amazon for $3.99.

If you haven't seen it before, Katherine Heigel stars as Jane, a woman who is asked to be in all of her friends' weddings. She races all over the city to be part of these celebrations, sometimes two in one night.

James Marsden plays Kevin, a reporter who is fascinated by Jane's "always the bridesmaid" life.

The most memorable scene involves drunken karaoke and a rousing rendition of Elton John's "Bennie and the Jets."

6. Crazy Rich Asians (Amazon) - Speaking of things we miss, how about travel? I know I had so many incredible vacations planned for 2020 that all imploded.

If you long for that excited feeling getting on a plane, the thrill of discovering a totally new place and the joy of biting into a delicious new food, you can conjure up all of that with Crazy Rich Asians.

The movie is based on the insanely popular book by Kevin Kwan. Rent it on Amazon for $3.99.

There you have it! This week's list. I'll be back next Friday with a fresh round of picks for the July 4th weekend.

END_OF_DOCUMENT_TOKEN_TO_BE_REPLACED

The Late Bloomers' Club by Louise Miller is a charming story about a woman in a small town faced with a very big decision. 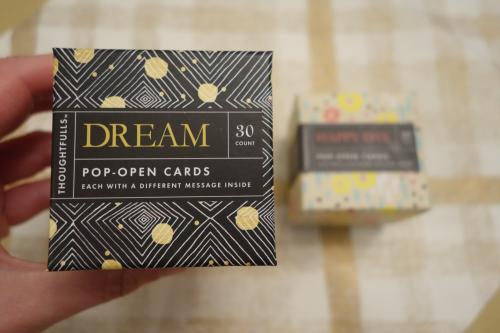