Last week, as we all began social distancing, working from home or sheltering in place, I shared a list of six shows to stream over the weekend. It was so well received, that I've decided to publish a new list each week of quarantine.

For this week's installment, I'm making recommendations based on your current mood.

If you wish we had a different President

Hillary (Hulu) - I was nervous to watch Hillary, the four-part documentary about Hillary Rodham Clinton, because I was worried I would feel depressed. Depressed about what could have been. But you know what? The only thing I felt was inspired.

The documentary is directed by Nanette Burstein, who also serves as the primary interviewer with Hillary herself. Those conversations are spliced with historical footage of her college days, Bill Clinton's many runs for public office, their time in the White House and her two campaigns for President. There is a scene where Hillary takes the stage for the first time as the Democratic nominee for President and I am telling you, I had chills.

After you watch it, read this fantastic article in The Atlantic about the director's goal for the project.

The West Wing (Netflix) - If you have never watched The West Wing (you know who you are!), now is your chance. The entire series, all seven seasons, is available on Netflix.

My parents watched the show during the George W. Bush presidency and my mom always used to say, "Jed Barlett is my president!"

Virgin River (Netflix) - This 10-part series has all the elements of a quintessential Hallmark channel movie. Young woman moves from the city to a small town, works for a curmudgeon, falls in love with a local bartender - you get the point.

In Virgin River, Alexandra Breckenridge (Sophie from This is Us) plays Mel Monroe, a nurse who leaves Los Angeles after two personal tragedies. She arrives in the rural town of Virgin River to discover the cabin she's supposed to be staying in is falling apart and the doctor whose practice she's supposed to join isn't actually the one who hired her.

She finds comfort with a local bar owner, Jack, played by Martin Henderson (who used to play Dr. Riggs on Grey's Anatomy). They have great chemistry and you find yourself honestly rooting for them.

Watching this show was like eating a bowl of mac and cheese. Pure comfort.

If you miss Friday Night Lights

All American (Netflix) - I have already re-watched all of Friday Night Lights at least five times, so I was ecstatic to discover All American, which stars Daniel Ezra as Spencer James, a high school football player adjusting to life in a new town, on a new team.

His football coach and father-like mentor is played by Taye Diggs, who I've had a crush on since How Stella Got Her Groove Back.

As you'd expect, there is school drama, team drama, family drama and of course, romance. Did I mention Taye Diggs?

Season two was just released on Netflix this week.

I wasn't sure about Kerry Washington's casting when I first heard about it, but after watching the first two episodes, I totally get it now.

If you wish you could go to a comedy show, but you know you shouldn't leave the house

This particular act takes about 45 minutes to set up the joke, but when he delivers that punch line, dear lord. Prepare to laugh so hard you cannot breathe. I actually had to press pause, collect myself, then keep going.

There you have it, this week's streaming list. I'll be back next Friday with another round of suggestions!

Superbly written article, if only all bloggers offered the same content as you, the internet would be a far better place.. What is a reverse mortgage

i really like this article please keep it up. mcdonalds gutscheincode

I went over this website and I believe you have a lot of wonderful information, saved to my bookmarks cheap vanilla candles

All the contents you mentioned in post is too good and can be very useful. I will keep it in mind, thanks for sharing the information keep updating, looking forward for more posts.Thanks Spotify Marketing

It is imperative that we read blog post very carefully. I am already done it and find that this post is really amazing. عقارات للبيع بأرخص الأسعار

END_OF_DOCUMENT_TOKEN_TO_BE_REPLACED

If Beale Street Could Talk tells the story of a young couple torn apart by a wrongful conviction. Directed by Barry Jenkins, the film is beautiful, poignant, and deeply personal. 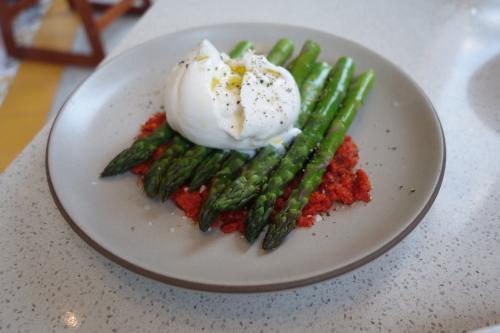 Fi'lia by Chef Michael Schwartz offers delicious Italian food. Their tableside Caesar salad is a must, as is the burrata and asparagus. Read on for more delicious details.