One of my best friends is a beautiful writer and a voracious reader so when she insisted I read Know My Name by Chanel Miller, I knew it would be powerful. If you are thinking to yourself, "That name sounds familiar," it's likely because Miller was the victim in a highly publicized sexual assault case. She was attacked, outside a fraternity party at Stanford, by Brock Turner, a member of the university's swim team.

The case got a lot of attention in the news because his attorneys were pushing for a less severe sentence, citing how any kind of jail time would have "a severe impact on him." Almost 18 months after the assault took place, BuzzFeed asked for permission to publish Miller's victim impact statement, anonymously, so that readers could understand what a severe impact the attack had on her. On June 3, 2016 it appeared online and within 24 hours had gone completely viral.

Know My Name is a brave, honest and incredibly vulnerable book. As I moved through the pages, I kept thinking to myself, "I can't believe she was willing to relive all of these memories in order to share them in the book." It's one thing to live through something traumatic and try to move through it, but to reopen those wounds again? I can't even imagine how difficult that was.

The book sheds light on so many elements of the survivor's experience, starting with how long of a process it is to take one of these cases to trial. On page 23, Miller writes, "I didn't know that money could make the cell doors swing open. I didn't know that if a woman was drunk when the violence occurred, she wouldn't be taken seriously. I didn't know that if he was drunk when the violence occurred, people would offer him sympathy. I didn't know that my loss of memory would become his opportunity. I didn't know that being a victim was synonymous with not being believed. Sitting in the driveway, I didn't know this little yes would reopen my body, would rub the cuts raw, would pry my legs open for the public. I had no idea what a preliminary hearing was or what a trial actually meant, no idea my sister and I would be instructed to stop speaking to each other because the defense would accuse us of conspiring. My three-letter word that morning unlocked a future, one in which I would become twenty-three and twenty-four and twenty-five and twenty-six before the case would be closed."

She continues, on page 67, to share how the assault impacted her everyday life. "I began showing up to work later and later, sometimes coming in at noon with no explanation. How did other victims manage this back-and-forth between worlds, the rotation of selves? You can't fawn over your coworker's photos of Maui by morning, slip away to battle your rapist by noon. It required two entirely different modes of being; different worries, rules, bosses, emotions. If this continued, I wouldn't be able to go and come back, but I was not ready to quit my job and give up my life yet. I prayed he would give up first."

That experience, of being unable to focus at work, was also featured prominently in the Netflix series Unbelievable, which centered around an investigation into a serial rapist. In the show, Marie (played by Kaitlyn Dever) gets fired from her job for exhibiting these same erratic behaviors after her assault.

Miller goes on to share the multi-year long process it took to get her case before a judge. She explains how she had to study all of her victim statements, so anything she said on the witness stand matched her original accounts perfectly. She details the anxiety she felt each time she had to drive to the courthouse. She also talks about the way the case derailed things for her sister, who was still in college, and kept being called as a witness. Each time the court dates would change, she would have to alert her professors and shuffle her schedule all over again, sometimes risking missing her final exams.

A large portion of the book is dedicated to Miller's victim impact statement - why she decided to write it, how difficult it was to put pen to paper, and the reaction from the general public once it was out in the world. She heard from many people - survivors, mothers, daughters - but one acknowledgement really struck her. On page 291, she shares, "When Hillary Clinton's book What Happened came out, I learned she'd quoted by final paragraph: On the nights when you feel alone, I am with you . . . Then she wrote: Early on the morning of November 9, when it came time to decide on what I'd say in my concession speech, I remembered those words. Inspired by them, I wrote these: 'To all the little girls watching this, never doubt that you are valuable and powerful and deserving of every chance and opportunity in the world to pursue and achieve your own dreams.' Wherever she is, I hope Emily Doe knows how much her words and her strength meant to so many.' At a moment of monumental loss, she had consulted the statement for hope. She had returned to my darkest place to light the way."

If that doesn't give you chills, I don't know what will!

When my bestie lent me her copy of the book, she said "Be sure to check out what it says on the book jacket about the cover design." Sure enough, on the inside of the back of the book there's a blurb that says, "The gold veins on the cover represent the Japanese art of kintsugi, 'golden repair,' in which pieces of broken pottery are mended with powdered gold and lacquer, rather than treating the breaks as blemishes to conceal. The technique shows us that although an object cannot be returned to its original state, fragments can be made whole again."

I was blown away by this book. Chanel Miller is a beautiful writer. Her words have emotional heft.

Though this is a difficult subject, I highly recommend reading her story. You will be inspired and feel empowered to do all that you can to support survivors.

I hope Chanel continues to write because she has a beautiful way with words.

I agree! I hope she continues to write and share her immense talent with the world.

END_OF_DOCUMENT_TOKEN_TO_BE_REPLACED 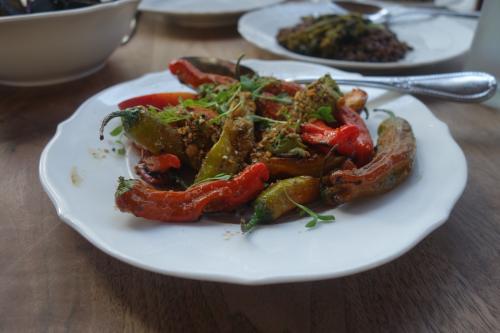