Whenever I travel somewhere new, I relish the opportunity to do restaurant research. I check Eater, Open Table, Trip Advisor, Yelp, and of course, Instagram.

Last weekend, I road tripped down to West Hartford, CT for a mini reunion with my college girlfriends. I hadn't been to West Hartford in over 10 years, so I was curious to see what had opened since my early 20s. One of the places I discovered in my search was called Pond House Cafe. When I saw they had something on the menu called breakfast nachos, that was really all I needed to see.

The restaurant is in the center of a gorgeous public park called Elizabeth Park. The day we visited, it had been pouring all morning, but we could still tell how beautiful the park was, despite the damp day.

Though the weather was gray, the benches in front of the restaurant added a much needed pop of color. I wish it hadn't been raining, so I could have taken a photo on this adorable, bright pink bench!

I wanted to see the outdoor patio and even as we stepped around the side of the building, each inch of the exterior was beautifully decorated.

In the sunny weather, you can grab a seat here and enjoy the surroundings.

The patio is home to this amazing photo opportunity - a giant Adirondack chair! I was almost willing to sit on the rain-soaked seat just to capture myself on this floral throne. Almost.

Since we were a bit early (they open at 9:30am and it was 9:25am), we walked the full perimeter of the restaurant. On the left side there are so many trees, plants and seasonal arrangements.

I nearly missed this mural beneath the branches, it blended so seamlessly!

The mural snakes around to the back side of the building.

There were more charming fall decorations on the rear side, which looks into the wedding / private event space.

Directly in front of the pond are two doors. On the left door it says, "I am grateful for the inspiration of joyful expression found at Elizabeth Park."

I can only imagine how many wedding photos have been taken next to these doors.

At 9:30am we headed back to the front door and straight to the hostess stand. She walked us to a cozy booth on the far wall of the dining room. There were so many cute decor details in the space. We kept noticing more and more things.

The menus were on tablets, which I've never anywhere other than the SuperLux movie theater. To start, we each ordered a beverage. Across the table, a friend went with the Vietnamese coffee.

After a few sips, she commented, "This isn't as strong as most Vietnamese ice coffees, which is disappointing, because I really could have used the jolt!"

Next to her, a friend ordered a hot water with lemon, which came in a mug with a dainty curved handle. The waitress also brought her a full pot of hot water, in case she wanted to top off her mug later in the meal.

I decided on a hot apple cider. What can I say, I'm feeling the fall vibes.

We placed our food order and it was taking quite a long time. Our waitress swung by with some complimentary pound cake and jam to help tide us over.

The food actually wound up arriving a few minutes later, starting with the aforementioned breakfast nachos. Can you believe this presentation?!

All of our jaws hit the floor when we saw the tower of nachos, topped with a bird's nest of salsa and sour cream, come floating toward the table. The chips tasted more like tortillas, which we guessed might be a result of them being twice fried.

One of the girls said, "No question, this is the most over the top dish I've ever had. There is almost too much going on - there's a lot of onion, which is distracting from the eggs, cheese and Hollandaise." She paused for a minute and then continued, "All that said, I would definitely order it again."

On the other side of the table, a friend was enjoying the Tuscan breakfast, which was grilled, house made focaccia bread topped with scrambled eggs, goat cheese, chives and truffle oil. The toast is garnished with a giant piece of prosciutto and an arugula salad on the side.

"These eggs are so perfectly fluffy," she said in between bites. "It has just the right amount of truffle and the arugula salad is really nice." As our plates were being cleared, she added, "It doesn't look like a ton of food on the plate, but by the end, I was stuffed!"

I chose the Pond House scramble, which was basically scrambled eggs with all the veggies and some cheese. It came with home fries, which were crispy, but desperately needed ketchup.

In my favorite brunch move, we also ordered something sweet to share. We selected one of the daily specials, the pumpkin French toast.

I wanted to love this, but the pumpkin flavor was way to subtle. I think I was hopping for more of a stuffed French toast, not just some pumpkin smeared on the plate.

Overall, we were smitten with Pond House Cafe. It's clear to see that on a good weather day, their outdoor seating is magical. Though our service was slow and not all of the dishes were a home run, I think we'll be talking about that teetering tower of breakfast nachos for the rest of our lives.

I heartily Love and like such kind of recipes.
https://www.openstreetmap.org/user/Back%20Pain%20Chairs%20Lab

I’m impressed, I must say. Genuinely rarely must i encounter a blog that’s both educative and entertaining, and without a doubt, you’ve got hit the nail about the head. Your notion is outstanding; the issue is an issue that too few persons are speaking intelligently about. I will be very happy that we found this inside my hunt for something concerning this. limousine service atlanta ga

My race to see all the nominated movies is on! Starting with Green Book, starring Mahershala Ali and Viggo Mortensen. 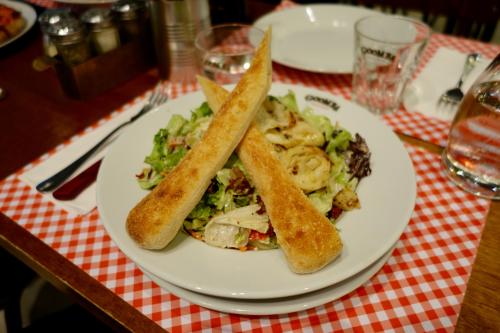 Goomba is an Italian restaurant with three locations in Israel. Their mushroom tortellini is a must-order! This place is great for big groups and families with kids. 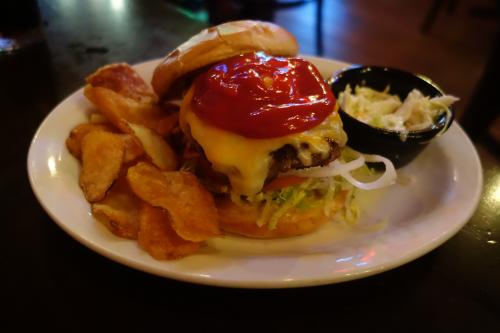