Stream: Sierra Burgess is a Loser

Netflix really stepped up its game this summer with the teenage rom coms. First there was The Kissing Booth, then the film adaptation of the young adult novel To All the Boys I've Loved Before, and most recently, Sierra Burgess is a Loser.

The star of the Sierra Burgess is a Loser is Shannon Purser, the actress best known for her role as Barb on Stranger Things.

In this movie, Sierra is a high school senior known for her impeccable academic performance and her famous poet father (played by Alan Ruck, Cameron from Ferris Bueller's Day Off).

Typically, Sierra flies under the radar, that is until a cheerleader gives Sierra's phone number to a guy whose interested in her (which she ripped off a flyer Sierra posted offering her tutoring services). This suitor, Jamey, begins texting Sierra, thinking it's his crush, Veronica.

Sierra knows eventually Jamey is going to want to see her, so she decides to convince Veronica to help her keep up the ruse. Sierra offers to tutor Veronica so she'll seem smarter to her college boyfriend. There are a few scenes where they almost get caught, including an amazing one where Veronica goes to the movies with Jamey (Sierra sits in the row behind) and when they head to the parking lot, Sierra hides under the car to continue listening to their conversation.

*SPOILER ALERT! Do not keep reading if you do not want to know anything about the ending of this movie.*

Eventually, the truth does get revealed. Sierra channels her sadness into songwriting and let me tell you, when they played her song on screen, I started crying. Not one glistening tear, a full-on ugly cry. The song is called "Sunflower" and it's about how all she wants is to be a rose, but she can't, because she's just a sunflower.

Cut to a few scenes later where Jamey shows up to Sierra's door (because he can't stop thinking about her, duh) and pulls a single sunflower from behind his back. Yup, crying again!

I also lost it when Sierra and Jamey walked up to the homecoming dance, Sierra locked eyes with Veronica, and without saying a word, they made peace. There was so much mascara running down my face.

I am not sure why Netflix has doubled down on the high school movies, but I'm all about it. I can't wait to see what they release next.

I'm definitely going to check this out. Have you seen the Fosters? I was literally obsessed last summer and binged all the seasons. SO GOOD.

I haven't yet watched The Fosters, though it keeps being recommended to me!

Marisa - I've been telling her for YEARS to watch The Fosters!

It's in the queue!

I like viewing web sites which comprehend the price of delivering the excellent useful resource free of charge. I truly adored reading your posting. Thank you! 11thclassresult2019

I like viewing web sites which comprehend the price of delivering the excellent useful resource free of charge. I truly adored reading your posting. Thank you! 11th class result 2019

Great Article it its really informative and innovative keep us posted with new updates. its was really valuable. thanks a lot.2k20 mt coins for sale

END_OF_DOCUMENT_TOKEN_TO_BE_REPLACED

Read: We Were Liars

E. Lockhart's young adult novel, We Were Liars, transports you to a private island off of Martha's Vineyard where the houses are big and the family secrets are even bigger.

Welcome to the Pop.Bop.Shop. 2019 Year in Review! Read on for my top discoveries of the past 12 months. 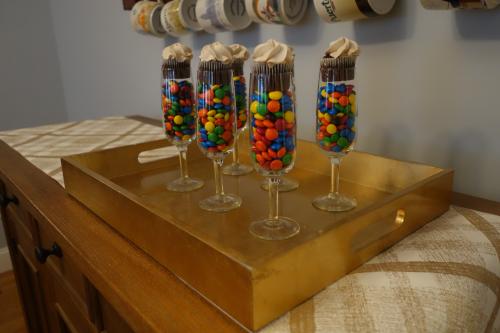 There's nothing quite like Oscar Night. Read on to see all the decor from this year's viewing party.