The buzz around the film adaptation of Kevin Kwan's "Crazy Rich Asians" has reached fever pitch. The movie opens nationwide on Wednesday, August 15 and I am jumping out of my skin with excitement. Back in March, I read the book (revisit my review here) during my tropical getaway to Turks and Caicos. The entire time I was reading it I could easily picture how the story was going to come to the life on the big screen - the grandiose mansions, the high fashion, the luxury beach resort from the bachelorette party and of course, the epic wedding.

Two weeks ago, during my family's trip to Cape Cod, I read the second book in the series which is called "China Rich Girlfriend." In part two, Rachel Chu and Nick Young tie the knot and then travel back to Asia to meet Rachel's biological father.

While there was certainly plenty of family drama, I missed Nick's mother's meddling. In the first book, her dragon lady nature is front and center, and in this book, we barely see her after Nick and Rachel get hitched.

One of my favorite characters from the original book is Nick's cousin Astrid, who plays a major role in "China Rich Girlfriend." This time around, Astrid's marriage to Michael is falling apart rather publicly and she's seeking comfort from her first love, Charlie. I always knew they would reunite; it was only a matter of time.

The book's laugh-out-loud moments come from two larger-than-life characters: Colette Bing and Kitty Pong. Even their names are hysterical! Colette comes from a very successful, wealthy family, but has made a name for herself as a fashion blogger. When Rachel and Nick arrive from California, she makes it her personal mission to show them around (while documenting everything for her Instagram followers, of course). Kitty Pong, a former soap opera star, has weaseled her way into the elite Tai family through her marriage to Bernard. She is larger than life and unapologetic about it.

Toward the end of the book, Colette hosts a fashion show and one of the local gossip columnists, Honey Chai, covers it. Her recap the next morning reads:

"Is everyone sitting down? Because I have so many scoops for you that we might as well make a giant banana split! First scoop, and you heard it here FIRST: Mrs. Bernard Tai, aka Kitty Pong, is the mistress of Jack Bing! Extremely reliable sources tell me that Pong and Bing have been carrying on for quite a while now; they met two years ago at - get this - the funeral of Kitty's father-in-law, Dato Tai Toh Lui! Tai was a great mentor of Bing's, and apparently sparks really flew at the crematorium when Jack met Kitty. Meanwhile, a devastated Mrs. Bing has reportedly checked into the health spa at Brenners Park-Hotel in Baden-Baden, Germany. Colette Bing, who by all accounts is furious with her father, has also left Shanghai and was last seen canoodling with a certain notorious playboy at a club in Ibiza."

I am telling you, reading these books is like devouring a 500 page celebrity gossip magazine.

I mentioned earlier that while I read the first book I could totally see it as a movie the entire time. When I read the second book, I felt like they would need a 12 episode mini series to cover it all! I will be so curious to see if they green light a second movie.

There is one more book in the series, "Rich People Problems," and I already have a copy. I can't wait to see what these crazy families do next!

Thanks, that was a really cool read! 4 month old baby

Thank you so much Love your blog.. christian family counseling

The information you have posted is very useful. The sites you have referred was good. Thanks for sharing... best hotels in rishikesh

Excellent website you have here, so much cool information!.. how much is my house worth

This is my first time i visit here. I found so many interesting stuff in your blog especially its discussion. From the tons of comments on your articles, I guess I am not the only one having all the enjoyment here! keep up the good work alabama process server

Yes i am totally agreed with this article and i just want say that this article is very nice and very informative article.I will make sure to be reading your blog more. You made a good point but I can't help but wonder, what about the other side? !!!!!!THANKS!!!!!! stem cell hair sarasota

Its a great pleasure reading your post.Its full of information I am looking for and I love to post a comment that "The content of your post is awesome" Great work. Best Bathroom Contractor

Thank you very much for keep this information. buy fleshlight

I love this blog!! The flash up the top is awesome!! alabama process server

This is such a great resource that you are providing and you give it away for free. I love seeing blog that understand the value of providing a quality resource for free. pass drug test

It proved to be Very helpful to me and I am sure to all the commentators here! dentist in Ealing

I admit, I have not been on this web page in a long time... however it was another joy to see It is such an important topic and ignored by so many, even professionals. professionals. I thank you to help making people more aware of possible issues. beard care products

Im no expert, but I believe you just made an excellent point. You certainly fully understand what youre speaking about, and I can truly get behind that. san diego mold remediation

This is just the information I am finding everywhere. Thanks for your blog, I just subscribe your blog. This is a nice blog.. fashion erp software

Great Information sharing .. I am very happy to read this article .. thanks for giving us go through info.Fantastic nice. I appreciate this post. tax preparation in east new york

I really enjoyed reading this post, big fan. Keep up the good work andplease tell me when can you publish more articles or where can I read more on the subject? reliable locksmith

nice bLog! its interesting. thank you for sharing.... commercial boiler

Positive site, where did u come up with the information on this posting?I have read a few of the articles on your website now, and I really like your style. Thanks a million and please keep up the effective work. best dentist in broward

I am very enjoyed for this blog. Its an informative topic. It help me very much to solve some problems. Its opportunity are so fantastic and working style so speedy. Landscapers

Interesting and amazing how your post is! It Is Useful and helpful for me That I like it very much, and I am looking forward to Hearing from your next.. indian wedding photographer nj

Nice knowledge gaining article. This post is really the best on this valuable topic. mechanic near me atascadero

Nice to be visiting your blog again, it has been months for me. Well this article that i’ve been waited for so long. I need this article to complete my assignment in the college, and it has same topic with your article. Thanks, great share. Interpretariato Milano

Thanks for taking the time to discuss this, I feel strongly about it and love learning more on this topic. If possible, as you gain expertise, would you mind updating your blog with extra information? It is extremely helpful for me. Van Signage

You have a good point here!I totally agree with what you have said!!Thanks for sharing your views...hope more people will read this article!!! Tire balancing beads

Wow, cool post. I’d like to write like this too – taking time and real hard work to make a great article… but I put things off too much and never seem to get started. Thanks though. licensed casinos

This is a smart blog. I mean it. You have so much knowledge about this issue, and so much passion. You also know how to make people rally behind it, obviously from the responses. click

I think this is a really good article. You make this information interesting and engaging. You give readers a lot to think about and I appreciate that kind of writing. Connectioncafe.com

Here's some great car show display ideas from the top-tier car shows. They're actually quite simple and put the focus on the car! You won't see any crying dolls or trays of fake food... just some great Car Show Boards!

Thanks for the blog loaded with so many information. Stopping by your blog helped me to get what I was looking for. sa sports betting

Your website is really cool and this is a great inspiring article. Thank you so much. Wishes

I really thank you for the valuable info on this great subject and look forward to more great posts. Thanks a lot for enjoying this beauty article with me. I am appreciating it very much! Looking forward to another great article. Good luck to the author! All the best! 사설토토

Really a great addition. I have read this marvelous post. Thanks for sharing information about it. I really like that. Thanks so lot for your convene. Cheap Shared Hosting

Hello I am so delighted I located your blog, I really located you by mistake, while I was watching on google for something else, Anyways I am here now and could just like to say thank for a tremendous post and a all round entertaining website. Please do keep up the great work. buybacklinkscheap.com is very high quality.

Interesting post. I Have Been wondering about this issue, so thanks for posting. Pretty cool post.It 's really very nice and Useful post.Thanks free stuff online today

I’m excited to uncover this page. I need to to thank you for ones time for this particularly fantastic read!! I definitely really liked every part of it and i also have you saved to fav to look at new information in your site.NBA 2k20 myteam coins for sale

Thank you for helping people get the information they need. Great stuff as usual. Keep up the great work!!! drueckglueck auszahlung

Interesting post. I Have Been wondering about this issue, so thanks for posting. Pretty cool post.It 's really very nice and Useful post.Thanks เว็บแทงบอลออนไลน์ดีที่สุด

I’ve been surfing online more than three hours today, yet I never found any interesting article like yours. It’s pretty worth enough for me. In my opinion, if all webmasters and bloggers made good content as you did, the web will be a lot more useful than ever before. deutsche casinos online

Someone Sometimes with visits your blog regularly and recommended it in my experience to read as well. The way of writing is excellent and also the content is top-notch. Thanks for that insight you provide the readers! goodvpn.website

END_OF_DOCUMENT_TOKEN_TO_BE_REPLACED 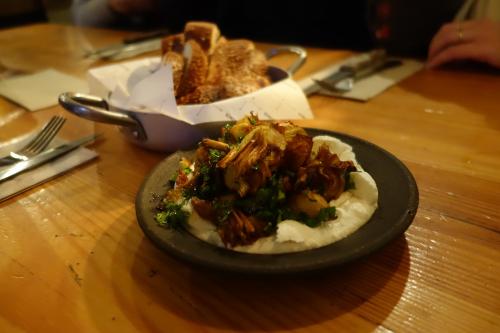 Ha'achim in Tel Aviv has quickly become my favorite dinner spot in the city. Be sure to order the fried artichokes and labne.

In January, I set a New Year's resolution to read two books per month in 2019 (24 books total). The first one I read was Ghosted by Rosie Walsh, and as soon as I finished that, I moved right onto Convenience Store Woman by Sayaka Murata.

Dani Shapiro's book, Inheritance: A Memoir of Genealogy, Paternity, and Love, is one of the most moving, beautifully written books I've read all year.