It's no secret that I have a major sweet tooth. I would venture to guess that about 50% of my food consumption is either ice cream or chocolate. With that in mind, you can imagine how thrilled I was to learn that a chocolate shop with a seasonal ice cream pop-up was located just a few miles away from my alma mater, Wheaton College. As a member of the Wheaton Alumni Board, I am on campus often and I couldn't believe I had gone this long without knowing there was a Wonka Land just down the road!

I drove to Norton, MA on Saturday for Commencement (the Alumni Board marches in the procession) and I decided to reward myself at the end of the volunteer day by making my first visit to Hilliards Chocolates in North Easton.

Hilliards is a family-run business, started by Perley and Jessie Hilliard in 1924. They opened their very first shop in Quincy. As the business flourished, they expanded, opening their North Easton location in 1950. Presently, they have three locations - North Easton, Mansfield and Norwell.

When I arrived, it was storming, but not even the rain could dampen Hilliards' natural charm. The exterior of the North Easton location looks like something from a story book.

In honor of their seasonal ice cream pop-up, they had the windows hand painted with delicious frozen confections.

When I opened the door, the smell inside was intoxicating. The store supervisor, Ashley, saw the look on my face and said, "We just made the waffle cones."

I strolled through the candy section first. When I saw the penny candy wall I was hoping they would have my favorite treat . . .

And sure enough they did! Chocolate covered gummi bears are my kryptonite.

Ashley informed me that all the bears are pineapple flavored, which I never realized.

Around the corner I found chocolate covered champagne gummi bears. Am I living in a dream?!

I was also magnetized to the chocolate covered Rice Krispie treats with rainbow sprinkles.

If you're looking for a Father's Day gift for next month, Hilliards has partnered with Shovel Town Brewery (also based in North Easton) to make this beer brittle.

After a full lap around the candy shop, I walked over to the ice cream parlor. Right next to the counter they have these adorable ice cream-shaped chocolate pops. Directly above, you can see coffee bean size bags of Hilliards home made chocolate sprinkles. Ashley told me that people buy them and start eating them straight out of the bag!

I couldn't wait to enter the world of Hilliards ice cream. Ashley was going to be my guide as I sampled some of their signature flavors.

As I was deciding, I learned that one woman makes all of Hilliards' ice cream. In addition to the ice cream itself being made in-house, they also make everything that goes into the ice cream - the brownies, cookies, candies and caramel are all made at Hilliards. Even the chocolate-dipped waffle cones are dipped in their own chocolate.

I sampled eight flavors and am sharing my tasting notes:

The Hilliards team is trained to scoop every dish and cone the same way, making sure you always get that generous portion you're hoping for. They even weigh the scoop before they hand it to you.

I took my dish of peppermint stick over to the seating area, which has the classic soda shop vibe.

How cute are the back of the menus?

While I was enjoying my ice cream, I continued chatting with Ashley and I asked, "What do you like about working here?" She paused for a second and then replied, "The best part about working here is that it's a family business. I know the owner and the manager, and they really care about their team and the customers. We have so many regulars here. You get to know people by name. At a Dairy Queen, you're just a number in a line."

Hilliards definitely has that community feel. I witnessed it as individuals and families came in from the rain to get that particular ice cream flavor they crave.

The ice cream pop-up is open each year from Easter to Columbus Day. I will be back at Wheaton in July for a board meeting and you better believe I'm stopping at Hilliards on the way home. And this time I won't forget to bring the cooler!

*This post was created in collaboration with Hilliards. I was provided complimentary ice cream. As always, all thoughts and opinions are 100 percent my own. 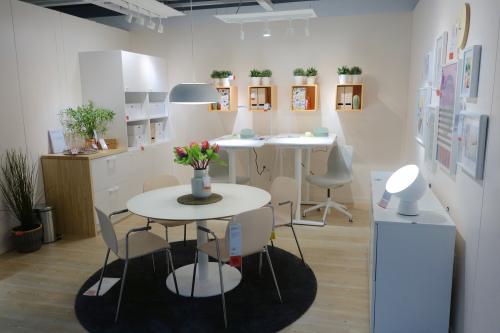 A photo diary from my first-ever visit to IKEA.

A Ruby offers a collection of wardrobe staples that are both feminine and flattering. The neutral colors go with absolutely everything. Visit the store at the Derby Street Shoppes in Hingham, MA. 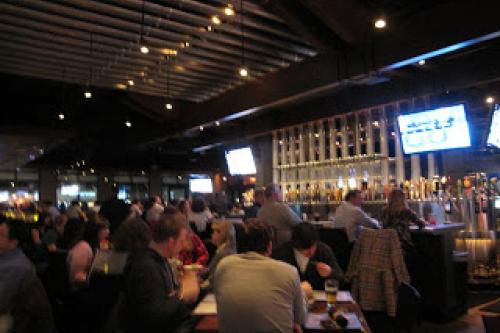