Whether you recognize this title or not, you have likely seen photos of Celeste Ng's book cover all over Instagram. Back in September 2017 actress and producer Reese Witherspoon selected the novel for her book club, usually a sign she is considering buying the film rights.

Little Fires Everywhere is Ng's second book. Her first, Everything I Never Told You, is a New York Times bestseller and was named the #1 best book on Amazon in 2014. Fun fact: Ng lives right here in Cambridge, MA!

I decided to read Little Fires Everywhere on the recommendation of two friends who went to her reading at Porter Square Books. They both found her to be whip smart and incredibly humble. Side note: if you live in Cambridge or Somerville, be sure to support Porter Square Books. They have a lovely cafe, they allow dogs, they have a beautiful selection of cards and gifts and they often have A-list authors visit for readings or meet and greets.

Back to the book! On the very first page you learn that in the quiet town of Shaker Heights, Ohio (where Ng spent part of her childhood) one of the McMansions is on fire. You have no idea who set the fire or why, but you're immediately intrigued.

One page three Ng describes the scene, "Every bedroom was empty except for the smell of gasoline and a small crackling fire set directly in th middle of each bed, as if a demented Girl Scout had been camping there." How brilliant is that line? I wish I had written it!

In the first few pages we get to know the two families the story centers around. The Richardsons are model citizens of Shaker Heights. Mr. Richardson is an attorney, Mrs. Richardson (who grew up in Shaker) is a reporter and together they have four children - Trip, Lexie, Moody and Izzy. Mrs. Richardson gives off a crazy, Tracy Flick vibe. She has an opinion on everything and doesn't hesitate to share it.

Then there's Mrs. Richardson's polar opposite, Mia Warren. Mia moves to town with her daughter, Pearl, who is around the same age as the Richardson kids. In the perfect and planned community of Shaker Heights, Mia is everything they hope their children won't be. She's single (gasp!), an artist (gasp!), doesn't mind waiting tables (gasp!) and is raising her daughter on her own (gasp!).

The two families co-exist peacefully until Mrs. Richardson and Mia find themselves on opposite sides of a local custody battle. Mia's co-worker at the local Chinese restaurant is seeking custody of a baby she gave up, who is currently in the care of Mrs. Richardson's best friend, Linda (and her husband).

I don't want to say much more about the plot, because you should read it. I will say, Ng's writing is intelligent, descriptive and poignant. She beautifully captures what a dizzying time high school can be, much like Greta Gerwig did in Lady Bird.

I am going on vacation in a few days and really looking forward to ample reading time. Between the plane rides and the pool / beach time, I am hopeful I'll finish at least two.

Have you read anything great lately? I am always looking for new books to add to my list.

Oh, this was such a good book. One of the best ones I've read lately. (Although Moody's name bugged me- who names a kid Moody?) And I've seen Celeste Ng read, too, and she seems lovely.

Katie - I felt the exact same way about the name Moody! Not so much that the name was weird, but that a woman as up tight as Elena Richardson would never name a child that. Happy to hear I wasn't the only one who thought that!

Read the first book & loved it. You should try the novels of Gish Jen too.

Now I am definitely interested in reading Ng's first book as well. Will check out Gish Jen!

END_OF_DOCUMENT_TOKEN_TO_BE_REPLACED 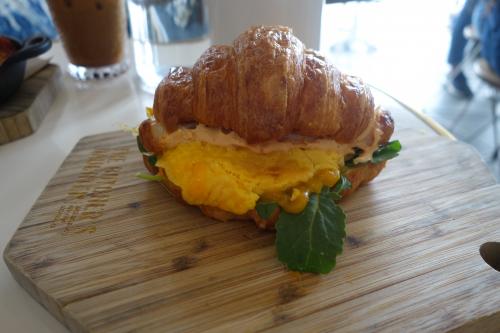