In 2017 I made a New Year's resolution to see one movie in the theater every month. I made it to 11 movies (one short) and I was feeling pretty proud of myself, until I realized that in the last eight weeks I have seen six movies! Awards season has truly lit a fire under my butt and I've made it to Lady Bird, The Shape of Water, I, Tonya, Molly's Game, Pitch Perfect 3 and The Post.

I wanted to see The Post from the very first time I saw the trailer. Not only does it star two Hollywood legends, Meryl Streep and Tom Hanks, but it couldn't be more relevant to the issues we're dealing with right now in 2018.

The film tells the story of the brave publisher and editor of The Washington Post who made the bold decision in 1971 to publish a confidential government report about the Vietnam War.

The paper has been in Katharine's family for generations, previously run my her father and husband. After her husband passed away, she took the helm. As publisher, she faces constant resistance from an all-male board, a reality that is sadly still true today for many women leaders.

My favorite Katharine scene is where she drops in on her friend and trusted advisor, Robert McNamara, to let him know she will be publishing the Pentagon Papers, knowing it will damage his career. She simultaneously demonstrates a sincere kindness and an intense resolve.

There is also a poignant scene between Katharine and her daughter, played by Glow star Alison Brie. Katharine finds herself gasping for breath as she describes the immense weight on her shoulders to lead the paper in a way that would make her father and husband proud. I needed a few tissues to make it through that one!

I watched an episode of The Ellen Show last week where Meryl Streep and Tom Hanks were promoting the film and they shared that this is the first movie they have ever done together. Can you believe that? They've been orbiting around each other all these years and never collaborated until now.

As Ben Bradlee, Hanks is a fierce defender of the free press. He constantly reminds his team that their number one duty is to keep the American people informed. I found it chilling that this was an issue in 1971 and today, in 2018, we're still dealing with a president who wants to shut down unbiased, accurate reporting.

The movie is directed by Steven Spielberg (no big deal). When I left the theater, I fell down an internet rabbit hole researching when the decision was made to make this film. It just feels so on the nose in this present moment.

In an interview with The Guardian, Spielberg says, "The level of urgency to make the movie was because of the current climate of this administration, bombarding the press and labeling the truth as fake if it suited them. I deeply resented the hashtag ‘alternative facts’, because I’m a believer in only one truth, which is the objective truth."

Spielberg read the original script in February 2017, shot the movie in May and was screening it for critics by Thanksgiving.

The Post shines a brutal light on the way history repeats itself. I highly recommend seeing it, though be warned, you'll definitely leave feeling cynical.

I love the whole script and the way you perform in this movie. The reviews of vortex scopes also talking about it in details.

Thanks for the nice blog. It was very useful for me. I'm happy I found this blog. Thank you for sharing with us,I too always learn something new from your post. Church on the hill in mcminnville oregon

I just got to this amazing site not long ago. I was actually captured with the piece of resources you have got here. Big thumbs up for making such wonderful blog page! Private Label CBD Oil

A debt of gratitude is in order for sharing the information, keep doing awesome... I truly delighted in investigating your site. great asset... disc duplication services

Wow what a Great Information about World Day its exceptionally pleasant educational post. a debt of gratitude is in order for the post. yoga

I was just browsing through the internet looking for some information and came across your blog. I am impressed by the information that you have on this blog. It shows how well you understand this subject. Bookmarked this page, will come back for more. 123Movies

Thanks for the informative and helpful post, obviously in your blog everything is good.. Tata Sky Broadband in Jaipur

Properbuz is a free global property marketplace and a social network for the real estate industry. Search millions of for-sale and rental properties worldwide. pensacola properbuz

Going to graduate school was a positive decision for me. I enjoyed the coursework, the presentations, the fellow students, and the professors. And since my company reimbursed 100% of the tuition, the only cost that I had to pay on my own was for books and supplies. Otherwise, I received a free master’s degree. All that I had to invest was my time. emergency dentist colorado springs co

I adore your websites way of raising the awareness on your readers. Femto Scientific New Jersey

Your site is truly cool and this is an extraordinary moving article. Dakota Coach Rentals

It is imperative that we read blog post very carefully. I am already done it and find that this post is really amazing. https://topyogaexercise.wordpress.com/how-can-a-yoga-exercise-routine-give-a-brand-fresh-lease-for-your-own-life/

thanks for the tips and information..i really appreciate it.. azar free gems

I wanted to thank you for this excellent read!! I definitely loved every little bit of it. I have you bookmarked your site to check out the new stuff you post. חופשה משפחתית בחול

I have bookmarked your website because this site contains valuable information in it. I am really happy with articles quality and presentation. Thanks a lot for keeping great stuff. I am very much thankful for this site. Yoga

This is a fantastic website , thanks for sharing. Pilates

I am always searching online for articles that can help me. There is obviously a lot to know about this. I think you made some good points in Features also. Keep working, great job ashtanga yoga

All the contents you mentioned in post is too good and can be very useful. I will keep it in mind, thanks for sharing the information keep updating, looking forward for more posts.Thanks LI Wine Tour

Thanks for the best blog. it was very useful for me.keep sharing such ideas in the future as well. company registration

Your site is truly cool and this is an extraordinary moving article. 오바마카지노

Wow what a Great Information about World Day its exceptionally pleasant educational post. a debt of gratitude is in order for the post. 카지노사이트

It is extremely nice to see the greatest details presented in an easy and understanding manner. magzine post

I think I have never seen such blogs ever before that has complete things with all details which I want. So kindly update this ever for us. private detective Singapore

I was surfing net and fortunately came across this site and found very interesting stuff here. Its really fun to read. I enjoyed a lot. Thanks for sharing this wonderful information. 2 part casting resin

I’ve been searching for some decent stuff on the subject and haven't had any luck up until this point, You just got a new biggest fan!.. indian satta

Thanks for this article very helpful. thanks. Life after marriage

definately enjoy every little bit of it and I have you bookmarked to check out new stuff of your blog a must read blog! custom essays online

You have a good point here!I totally agree with what you have said!!Thanks for sharing your views...hope more people will read this article!!! best keyless door locks

I'm glad I found this web site, I couldn't find any knowledge on this matter prior to.Also operate a site and if you are ever interested in doing some visitor writing for me if possible feel free to let me know, im always look for people to check out my web site. voksbehandling

Nice to read your article! I am looking forward to sharing your adventures and experiences. Betreuungsdienst Hamburg

We are really grateful for your blog post. You will find a lot of approaches after visiting your post. I was exactly searching for. Thanks for such post and please keep it up. Great work. Unfallwagenankauf Oberhausen

We are really grateful for your blog post. You will find a lot of approaches after visiting your post. I was exactly searching for. Thanks for such post and please keep it up. Great work. Autoankauf Mülheim Ruhr

Love what you're doing here guys, keep it up!.. film

I am very happy to discover your post as it will become on top in my collection of favorite blogs to visit. Acheter des abonnés youtube

Thanks for taking the time to discuss this, I feel strongly about it and love learning more on this topic. If possible, as you gain expertise, would you mind updating your blog with extra information? It is extremely helpful for me. poker88

Love what you're doing here guys, keep it up!.. 먹튀검증

This blog is really great. The information here will surely be of some help to me. Thanks!. tangkasnet

Extremely helpful post. This is my first time i visit here. I discovered such a large number of intriguing stuff in your blog particularly its exchange. Truly its extraordinary article. Keep it up. bola tangkas

Incredible articles and awesome design. Your blog entry merits the greater part of the positive input it"s been getting. iq option

I think that thanks for the valuabe information and insights you have so provided here. best 110v mig welder

We are really grateful for your blog post. You will find a lot of approaches after visiting your post. I was exactly searching for. Thanks for such post and please keep it up. Great work. agen judi bola

I wanted to thank you for this great read!! I definitely enjoying every little bit of it I have you bookmarked to check out new stuff you post. sip trunk

Most of the time I don’t make comments on websites, but I'd like to say that this article really forced me to do so. Really nice post! ias preparation app

Love to read it,Waiting For More new Update and I Already Read your Recent Post its Great Thanks. bola tangkas

END_OF_DOCUMENT_TOKEN_TO_BE_REPLACED

There are so many great shows and movies premiering or coming back this month. Read all about them in this week's recap.

Today is the first day of May and Mother's Day is just around the corner. Mark your calendar for Sunday, May 14 to celebrate your mama!  Last year I shared the first-ever Pop.Bop.Shop. Mother's Day Gift Guide (at the suggestion of a reader) and I'm excited for year two. 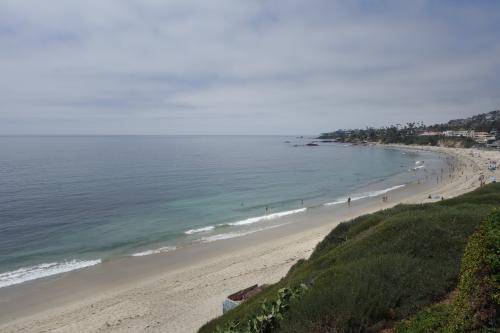 Dining Out: The Cliff

The Cliff in Laguna Beach, CA offers the most stunning views while you dine. The lobster louie salad is the star of the menu.