This weekend I headed down to Mystic, CT to meet up with my best friends from college. Mystic is a special place for us; we celebrated my 30th birthday there all together a few years ago and we traveled back last year for the bridal shower and wedding of one of our best girls. As we drove into town, all of us were giddy as we passed the wedding hotel and venue, just a few blocks from the center of town.

On this trip, we met at The Engine Room for lunch. If you haven't been before, it's the best brunch / lunch spot in town, hands down. The hostess walked us to a big round booth that had plenty of space for the five of us and the two kiddos joining us for the meal.

Post-lunch we walked over the drawbridge to Sift Bake Shop, another Mystic gem. Between us we bought several pastries, cookies, macarons, loaves of bread and bags of toffee.

Our next stop was Saltwater Farm Vineyard, where we enjoyed the beautiful grounds and split a bottle of rosé. After that, some of the girls had to head home, but two of us stayed behind to continue the reunion! We spent the afternoon bopping in and out of the shops downtown and ended our stroll with the Grecian Delight pizza from Mystic Pizza (no Julia Roberts sighting, sadly).

We spent the night in a hotel and when we woke up, I was excited to research a new spot for us for breakfast. I opened the browser on my phone and typed, "Best breakfast in Mystic." The first search result was for a place called Kitchen Little, which we'd both already been to. The next recommendation was for a place in nearby Noank, CT called Carson's Store. After a quick look at the menu, I knew this was our spot.

Carson's Store is on Main Street in Noank. You can park anywhere on the street and there's plenty of spots.

When we arrived, a family had tied their pup to one of the columns out front and I am telling you, I could not have staged this photo to be any cuter!

Carson's opened in 1907 and was run by Jane Carson and her family. In 1979 they sold the business to David Blacker and it's his son Andrew who runs the store today.

Though we arrived on a particularly freezing morning, it was easy to imagine how lovely it would be to enjoy a meal or ice cream on Carson's front porch.

Inside, the space has a classic diner feel. Regulars sit at the counter, chatting about their week with the waitresses. Everyone seems to know each other - both servers and patrons (they also seemed to know we were from out of town).

I laughed out loud at this sign behind the counter, "There's no wi-fi. Pretend like it's 1907 and talk to someone."

At the back of the dining room they have so many adorable signs with the town names. I wish I had a second home here so I could buy one! I had my eye on the light blue one with the red and white buoy.

When we first arrived, we snagged the last two available seats at the counter. About five minutes later, a couple got up from one of the booths and we leapt at the chance to sit there. There are only three booths in the whole place and they are clearly hard to come by! The waitress was super nice and let us move over.

In the booth, we looked over the menu one more time. I love the nautical artwork on the front.

Since it was arctic outside, I asked for hot a chocolate. It came right away, topped with a dollop of whipped cream.

The cocoa was so hot that the whipped cream melted immediately, before I could spoon any of it off the top!

I was really torn about what to order. I was intrigued by the florentine eggs benedict, the blueberry and granola pancakes and the possibility of building my own omelette. Ultimately, I went with the veggie breakfast sandwich and a side of home fries.

When it arrived, I was a bit disappointed because I thought it would come on an English muffin. Once I lifted the sandwich and saw how many goodies they packed in there, it was clear why it was on sandwich bread instead!

While the sandwich definitely delivered on the "veggie" part of the menu description, I felt like I could barely taste the fried egg or the cheese. The tomatoes and spinach totally overpowered every bite. I also wished the bread and been toasted a bit more.

My breakfast date went with something called the smothered home fries. It's a plate of home fries, grilled onions, grilled peppers and cheddar cheese, all topped with your choice of meat and eggs. She went with sausage and scrambled eggs.

When the plate was placed in front of her, she squealed, "Ooooo. Look at this pile of goodness!"

After our plates were cleared, I asked how she enjoyed it. She replied, "This is something I now want to try and make at home for breakfast. I really loved the grilled onions. I sort of wish I had done a fried egg, but I wasn't quite in the mood for a runny yoke."

We both agreed that the home fries were good, but not nearly crispy enough. I don't know about you, but I like my home fries well done. When they're too soft, I just can't enjoy them.

I'm glad we left the main drag of downtown Mystic to try somewhere new. Carson's Store is beloved by the locals and a great place to fuel up before hitting the road. Next time I'd want to come for an ice cream cone or a root beer float! 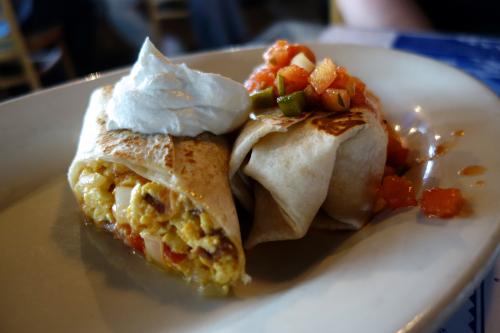 During my recent trip to Mystic, CT I was able to explore parts of town I had never visited before. We woke up on a rainy, gray Saturday morning and were immediately in search of breakfast. We already had a reservation for the next morning at the Engine Room (my fave) so we wanted to check out something totally new. Enter Yelp! One of the top rated breakfast places on Yelp was called Kitchen Little. 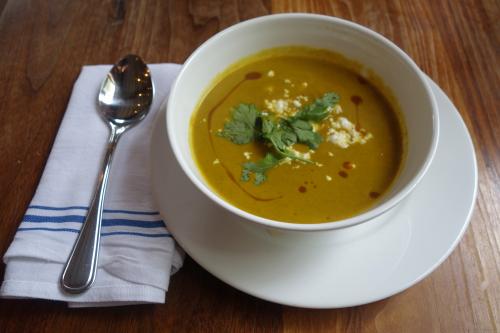 Last year when one of my very good friends got engaged, he and his bride decided on Mystic, CT as their wedding location. To celebrate, a group of us planned a day trip to Mystic to explore the town with them. During that trip we had lunch at the Oyster Club, right on Water Street in the center of town. On that particular day everyone was starving so I decided to spare them my blogging / photography ritual, but that also meant I knew I had to go back so I could share this amazing place with you. 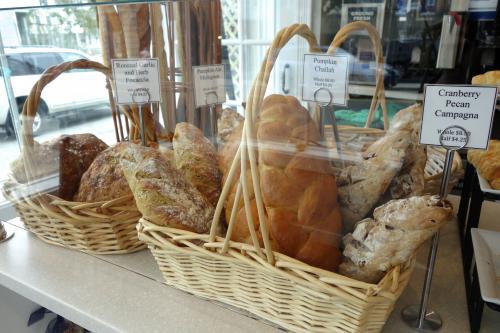 On my most recent trip to Mystic, CT I was dining with one of my best friends at MBAR, the new wine bar owned by the team that runs Saltwater Farm Vineyard in Stonington, CT. Two women sat down at the table next to us and asked how we were enjoying our meal. They both lived locally and had become huge fans of MBAR since its opening over the summer.