Honeycomb has opened on that divine stretch of Mass. Ave between Harvard Square and Porter Square that is home to so many excellent spots - The Abbey, Bagelsaurus, Giulia, Pho House, Temple Bar - the list goes on. At the moment, the ice cream shop is hidden behind scaffolding (darn construction!) but that shouldn't stop you from going in.

This delicious ice cream venture was started by a husband and wife team - Rory Hanlon and Kristen Rummel. Fun fact: Kristen used to be the kitchen manager for Union Square Donuts.

They founded the business in 2015, making ice cream from milk that comes from Mapleline Farm in Hadley, MA. They would sell their pints at farmers markets and events, dreaming of one day also owning a shop. That dream became reality in September 2016.

The Honeycomb space is actually quite large, which is a good thing when the line starts to snake toward the front door. The space reminds me of Blackbird Doughnuts - white subway tile, black chalkboards and pink accents.

As we approached the line, I couldn't help but snap this adorable sandwich board. They should print and sell this as a Valentine's Day card.

Since this was our first visit, we stood in front of the flavor board for a few minutes trying to decide what to get. The woman behind the counter let us know we could each taste two flavors.

Once a flavor is selected, you have to consider toppings. Honeycomb has the classics like hot fudge and whipped cream, but they also offer things like sea salt, peanut butter patties, lime and lemon gummy bears and torched marshmallow.

My friend decided on Double Chocolate Swirl and asked for torched marshmallow on top.

Why is a brulee torch so mesmerizing?

I had sampled two flavors - Cold Brew Coffee Chip and Chocolate Pecan Penuche - and ultimately decided on Chocolate Pecan. Pecan pie is one of my favorite desserts (especially this chocolate version at East Coast Grill) so I had to try it. After seeing the theater of the torched marshmallow process, I needed to have it too.

This tasted like the ultimate, frozen, Thanksgiving dessert! All the traditional flavors of chocolate pecan pie with whipped cream, but chilled.

When we had licked our bowls clean (which happened in less than five minutes) we tossed them into the compost. Honeycomb serves their ice cream with biodegradable bowls and spoons, so you can feel great that your purchase is not harming the environment!

Honeycomb Creamery is a welcomed addition to an already fabulous neighborhood. Be sure to follow Rory, Kristen and the team on Instagram @honeycombcreamery to see what they are up to, including the creation of choco tacos, cannolis stuffed with ice cream and waffles a la mode.

I really need to try that place! I keep walking by it, thinking that I need to try it, and then forgetting about it.

Definitely pop in the next time you walk by! They have super yummy baked goods too.

Hi! Someone in my Facebook group shared this site with us so I came to take a look. I’m definitely enjoying the information. I’m bookmarking and will be tweeting this to my followers! Terrific blog and fantastic style and design. shipping jacksonville fl

Excellent post. I simply stumbled upon your blog and also wanted to claim that I’ve really appreciated exploring your blog articles. Regardless I will be subscribing to the nourish and i also hope you write again shortly! mobile pet grooming scheduling software

Youre so cool! I dont suppose Ive read something like this before. So good to seek out any individual with some authentic ideas on this subject. realy thank you for beginning this up. this website is one thing that is needed on the web, somebody with a little bit originality. useful job for bringing one thing new to the internet! Mannheim Maklerbüro

When coaching youth football, you have to be able to break down and progressively teach aspects of the game in a way that the kids can grasp, retain and actually do within a limited amount of practice time. The youth game is not High School, College or Pro Football, there are so many other considerations and constraints that those teams never have to deal with. While the youth game isn't about just learning some basic plays, it also isn't about learning how to run the zone read or the West Coast Offense either. vaobong88

What, after-all, is the use of being master if one does not exert one's mastership over the enslaved rabble?. sv388.com

I will right away clutch your rss as I can’t find your email subscription link or e-newsletter service. Do you have any? Please let me realize so that I could subscribe. Thanks. deer fence installation

hey all, I was simply checkin’ out this blog and I actually admire the premise of the article, and don’t have anything to do, so if anybody wish to to have an engrossing convo about it, please contact me on AIM, my name is heather smith makler bremerhaven

The next time I just read a blog, I’m hoping it doesnt disappoint me as much as this one. Get real, Yes, it was my solution to read, but I personally thought youd have something fascinating to express. All I hear is really a bunch of whining about something that you could fix should you werent too busy seeking attention. myra potong pasir

Good luck getting people behind this one. Though you make some VERY fascinating points, youre going to have to do more than bring up a few things that may be different than what weve already heard. What are trying to say here? What do you want us to think? It seems like you cant really get behind a unique thought. Anyway, thats just my opinion. snorting hydrocodone

obviously like your web-site however you have to take a look at the spelling on quite a few of your posts. Many of them are rife with spelling issues and I in finding it very bothersome to tell the reality however I’ll certainly come again again. Mooi Residences showflat

I really like reading through and I think this website got some genuinely utilitarian stuff on it! . Buy Research Chemicals

Woah! I’m really loving the template/theme of this website. It’s simple, yet effective. A lot of times it’s hard to get that “perfect balance” between user friendliness and visual appeal. I must say that you’ve done a very good job with this. Additionally, the blog loads super fast for me on Safari. Exceptional Blog! Ross Levinsohn

You lost me, friend. I mean, I assume I get what youre indicating. I have an understanding of what you’re saying, but you just appear to have forgotten about that you will find some other people in the world who look at this matter for what it genuinely is and might not agree with you. You may be turning away a decent amount of persons who might have been fans of your blog. Ross Levinsohn wiki

Just now you can branch out from your daily understanding. Don’t give up your morals for anything. This will lead to a sad and unfulfilling life. Ross Levinsohn

dance shoes that are shiny are the most cool stuff that you could possibly wear, Ross Levinsohn

As I website owner I believe the content material here is very superb, thanks for your efforts. 코인카지노

I really like reading through and I think this website got some genuinely utilitarian stuff on it! . Autoankauf

Pretty nice post. I just stumbled upon your blog and wanted to say that I have really enjoyed browsing your blog posts. In any case I’ll be subscribing to your feed and I hope you write again soon Ross Levinsohn

Its fantastic as your other articles : D, appreciate it for putting up. SiteGround Coupon

Seriously very good contribution, I really depend on up-dates of your stuff. tacotime

I really like reading through and I think this website got some genuinely utilitarian stuff on it! . prayer-times.info/en/united-states 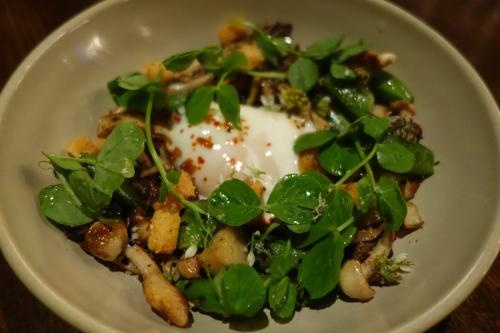 There is a quiet strip of Massachusetts Avenue that runs between Harvard Square and Porter Square that has become home to some of the city's best restaurants - The Abbey, Giulia, Temple Bar, West Side Lounge - just to name a few. While you may have to walk 10-15 minutes from 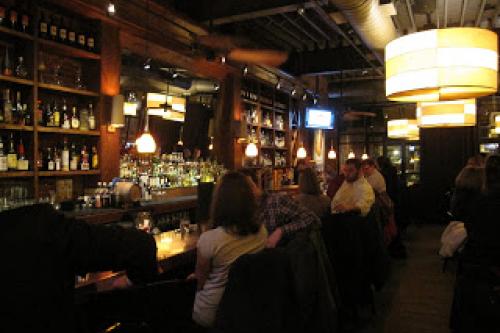 There are a few occasions every year that have me bursting with joy: my birthday, the Super Bowl and Restaurant Week. 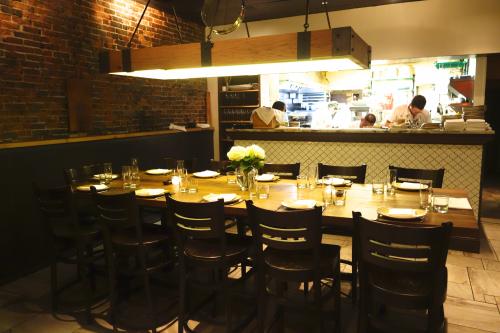 The first time I ate at Giulia in Cambridge was back in September 2013. I went with one of my best friends and we sat at the bar, sampling our way through every section of the menu. We were blown away by the quality of the food and the brilliant combination of flavors.