I grew up in Newtonville, one of the 14 villages of Newton, MA. If you know someone from Newton, I am positive they can name all 14 neighborhoods, as we were required to memorize them in elementary school. Though Newtonville is cute and charming, we didn't have much going on in the way of restaurants, so we always scooted up to Newton Centre to go out to eat.

Over the past 32 years, I have eaten at the same three Newton Centre restaurants - Johnny's Lunchonette (grilled cheese on challah, sweet potato fries and a pickle), Jumbo Seafood (excellent Chinese) and Union Street (hidden, secret outdoor patio). In addition to these local institutions, in the last few years the neighborhood has welcomed Farmstead Table, Sycamore, Little Big Diner, Comedor and most recently, Central.

Central is located at the corner of Beacon and Sumner Streets, a few doors down from JP Licks. The night we went it was pouring, so I failed during my many attempts to snap a photo of the exterior.

Inside, the space stuns with this gorgeous light fixture over the bar.

My friend said, "Doesn't it look like molecules?" It does and I feel like it also belongs in Cafe ArtScience in Cambridge.

We had a reservation and were seated right away. Our waitress was friendly and gave us a tour of the menu. Central offers small plates and they recommend 2-3 plates per person. Sharing is highly encouraged.

We had both endured tough work days, so we were ready to drink. My dinner date was interested in wine, which they have on tap!

I don't know why I am obsessed with wine on tap, but it feels like spotting an endangered species in the wild.

She opted for a glass of pinot noir and I made a selection from Central's awesome cocktail list. The drinks have funny names like "No Sunscreen" (a rum-based drink) and "I Trust The Nanny" (gin, elderflower and grapefruit).

I went with the Georgia Smash, which was Four Roses bourbon, Combier peach liqueur, lemon and fresh mint.

I took my very first sip, put the glass down and said, "Apologies in advance if I am slurring my words by the end of this meal." Man, oh man, was that drink strong! The more I stirred it and gave the ice a bit of time to melt, the easier it was to drink.

With drinks in hand, we were ready peruse the menu and formulate a plan of attack. The items are categorized into three sections: garden, ocean and farm. Thankfully, my friend was willing to go mostly vegetarian for the evening, so we doubled down on the garden offerings.

After careful strategizing, we decided to sample six dishes. The first to arrive was the spring salad with arugula, braised apples, roasted pecans, blue cheese and citrus vinaigrette.

I found it to be a very generous portion for a salad. There was an ideal ratio of greens to goodies (so key) and the vinaigrette was particularly tasty. The combination of the apples and pecans generated an apple pie-like sweetness. The crunch from the pecans was my favorite element of the dish.

Next to land was the burrata. I don't know about you, but when I see burrata on a menu, I have to have it. The Central preparation is plated beautifully and has the burrata sitting in a pool of olive oil and balsamic, dotted with dried tomatoes and preserved lemon.

The burrata cheese ball was enormous! I began salivating the moment I saw it.

The dish comes with a side plate of perfectly toasted crostini. I spread that burrata over the crostini with glee.

Our third dish was the truffle fries with three dipping sauces. These fries are French-style (thin, expertly crisped). I couldn't get enough of the aioli.

This bowl felt like Mary Poppins' bag. I couldn't ever seem to find the bottom!

The brussel sprouts arrived next. They are served with roasted red peppers and balsamic.

I wanted to love these, but they were too firm and lacked that crispy texture I've come to expect from killer sprouts.

My friend strongly recommended the wild mushroom risotto and I happily complied. The dish had a delicious mushroom flavor, but the earthiness wasn't too overpowering. The parmesan made the dish extra rich and creamy.

The portion size for the risotto is excellent. You can easily split it two or three ways and still have room for plenty of other dishes.

Lastly, my dinner date ordered the tuna tartare, which came in an unusual presentation. The tuna is served inside wonton taco shells with cucumber, sesame and cilantro.

How cute are these? They were simple to lift and eat, never cracking open. My friend commented, "I think this presentation is gorgeous. The fish is really fresh and it has just the right amount of cilantro. There is some kind of tangy, wasabi mayo on here that is really yummy." After another bite she continued, "The wonton taco shell added a hearty crunch to every bite."

About an hour into the meal we started to slow down. I think six dishes between two people may have been a little aggressive. #SorryNotSorry

I will say, all of the dishes arrived at once, leaving us hardly any room on the table (which I hate). On my next visit, I'll plan to order two dishes at a time and order more if we're still hungry. That would allow ample space to share properly and we'd probably call it quits at the right moment, rather than over-order and have regrets!

If you live in the Newton / Watertown / Brookline area, Central is definitely worth a visit.

I've been dying to try this place (and Sycamore and Little Big Diner) since it opened! Growing up in Newton, I always visit Union St when i am in Newton Center (love their patio).

Central is a must! Little Big Diner is also awesome. And I know what you mean about Union Street, we all keep boomeranging back there!

I knew there was a lot but 14 Villages?! I definitely can't name them all. Anyways, adding Central to my list! Newton Centre is the best!

If you ever go to trivia at a Newton bar and that's one of the questions, now you know! Definitely check out Central. Can't wait to hear what you think.

As a web site owner I believe the material here is reallymagnificent. I appreciate it for your time. You should keep it up forever! Excellent Luck. shipping container transport truck

I’m no longer sure the place you are getting your info, but good topic. I needs to spend some time studying much more or figuring out more. Thank you for fantastic information I was looking for this info for my mission. pet grooming point of sale software

informed of any kind of updates. Fabulous work and much success in your business endeavors! Off Market Immobilien Frankfurt am Main

There was no need for a pulling guard, as the linebackers were already coming up hard when they saw any wedge forming and would get lost in the wash. The tailback would run off-tackle to the strong side, inside the blocking backs kickout block and then just outside the wingbacks seal block, just like the 16 Power we usually run. Both our Fullback and Tailback would carry the ball or fake with both forearms completely over the ball, or their stomachs (if faking) and were bent at the waist more than usual. Since this was a combination of 2 football plays we already run, it took all of 1 minute to install, it stole zero time from our regular football practice schedule. 1gomvaobong

The rest of you will eventfully go down, together with all the utterly spiritually uninformed into the hell of irredeemable spiritual existence as wild and hunted animals in a virtual setting of physical nature- -the possibility of spiritual understanding and redemption lost forever. sv288.com

I truly appreciate this post. I¡¦ve been looking everywhere for this! Thank goodness I found it on Bing. You’ve made my day! Thanks again Pristina Travel deer fence installation

I just like the valuable information you provide in your articles. I’ll bookmark your weblog and take a look at once more right here frequently. I am quite certain I’ll learn lots of new stuff right here! Good luck for the following! berlin investment property

I discovered your blog web site on google and appearance a couple of your early posts. Always keep in the very good operate. I recently extra up your Feed to my MSN News Reader. Looking for toward reading a lot more by you at a later date!… myra potong pasir

F*ckinâ€™ awesome things here. Iâ€™m really glad to see your post. Thanks a whole lot and i am looking forward to contact you. Will you please drop me a e-mail? what is crystal meth

They are generally safe to use on your knitted fabrics when you carefully and thoughtfully apply the guidelines, above. köpa receptbelagda läkemedel på nätet

I just added your RSS Feed on my RSS reader, it is so nice to read your blog.,;”;; normanton park showroom

This can be done by them with the help of search box provided in these websites and once they find that it is available, they can just add the product to the shopping cart available in these websites. ketamine powder for sale

If you change the resolution of a monitor to a resolution that doesnt coincide with its native resolution; the image will then be scaled and the quality will be lessen significantly. wow gold

Street shopping has been replaced with online shopping. https://buyitcert.com/ccna.html

If you want to get dating advice, you can take help of internet search engines or some certain sites. 婚介 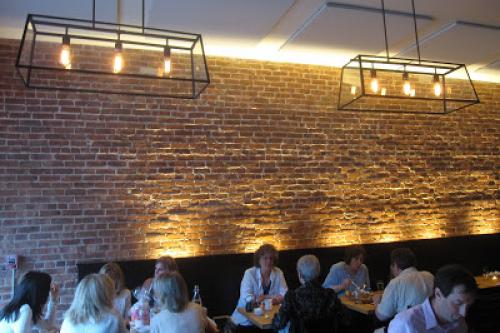 Tonight I had dinner at Sycamore in Newton Centre. I noticed it a few months ago while driving to one of my old high school spots and I was immediately intrigued. I did a little research and found out the chefs are formerly of Ten Tables and Craigie on Main - very impressive! We arrived tonight at 7:15pm and the hostess let us know it would be just a five minute wait. I was expecting longer, so was thrilled to hear we'd soon be seated. I took those five minutes to poke around the space. 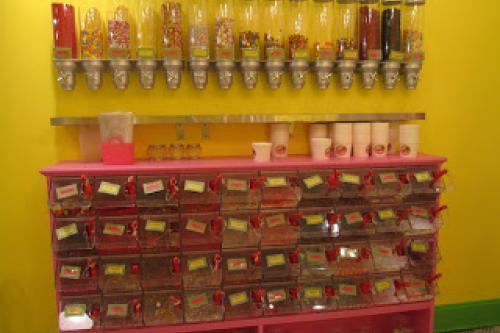 You know what I love about summer? It's acceptable to eat ice cream or frozen yogurt at any hour of the day. Noon? Sure. 3pm? Have to. 6pm? Makes a great, post-beach dinner. 9pm? Best way to end the day. So imagine my surprise and delight when I discovered that a new, swirl your own frozen yogurt place had opened in my hometown of Newton. There I was, driving to my usual dinner spot, when I noticed it - a hot pink and neon green utopia of frozen deliciousness. 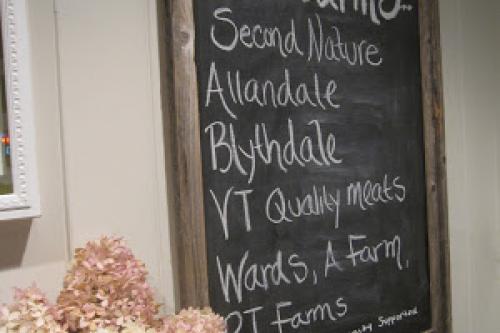 Happy Thanksgiving! I am in Miami for Turkey Day. Tonight the Galler family table will be surrounded by my parents, my sister and her boyfriend, my aunt and uncle (who also flew down from Boston), my cousin and her husband, my grandmother and a few of our closest family friends. For those of you who read this blog regularly and think, "That Molly girls sure does know a lot about food. It's a shame she doesn't cook or post any of her own recipes." Well people, if you had grown up with my father as your chef, you wouldn't have felt the need to learn to cook either.