After reviewing multiple restaurant menus in the neighborhood, we decided on the Spanish tapas place Barceloneta. It was a warm evening with a light breeze, so we couldn't resist dining al fresco. Barceloneta has a large, L-shaped patio.

Octopus tentacles wriggle down the right side of the Barceloneta menu, which is plump with seafood offerings.

I laughed at this wine illustration over the drink menu.

To begin, a friend ordered the Maracuya cocktail which is vodka, passion fruit, ginger, cranberry juice and a light sprinkling of chili flakes.

When the drink is shaken and poured it has a white, frothy layer on the top.

She was kind enough to let me have a sip, which was fruity and refreshing. This cocktail is dangerously drinkable. I could easily have three or four.

The rest of us shared a bottle of wine that my father picked out, a white called Vallergarcia. It was a bit minerally for my taste.

For food, our first plate to arrive was the pan con tomate. This is one of my favorite tapas dishes and one I used to eat all the time when I studied abroad in Cordoba, Spain.

The dish is toasted (or sometimes grilled) bread, topped with smashed tomatoes and garlic, then drizzled with olive oil. If you like Italian bruschetta, you will love this (and it's much easier to eat).

After a few bites my sister said, "I am going to try and make this at home. I'll grill the bread first then top it with tomatoes from our garden."

Next we sampled the tortilla, another one of my go-to plates. This Spanish omelette is stacked with thinly sliced potatoes. The best part of the dish was the rich, creamy aioli served on the side for dunking.

Speaking of aioli, we also ordered the patatas bravas (spicy potatoes). In most tapas restaurants this dish comes with diced potatoes and a spicy, tomato-based sauce that is usually spooned over the top or in a dish on the side. These potatoes were completely drenched in a sauce that tasted similar to buffalo sauce. No complaints here!

The dish was finished with a drizzle of aioli and some finely chopped scallions.

We wanted to try the pimientos de padron, an unusual preparation of shishito peppers with valdeon cheese and walnuts.

The cheese was smeared on the bottom of the plate, beneath the pile of peppers. I was hoping for great crunch from the walnuts, but when you picked up a pepper, the nuts all tumbled off and back onto the plate.

Both my father and sister described the peppers as "zingy," but I felt they were flavorless.

Next we tried the ensalada ferran Florida, a salad of tomatoes, watermelon and pearl onions with a sherry vinaigrette.

My sister commented, "I have never seen a tomato / watermelon salad presented like this. Usually both components are chopped rustically in big pieces. The tomatoes were perfectly ripe and the whole salad was quite refreshing."

The next three dishes were all seafood, starting with the barceloneta pulpo a feira. This dish was octopus, potatoes, chorizo and tomato confit beneath a potato foam.

My father commented, "The potato foam looked a bit like a layer of marshmallow. Hidden beneath it were chewy pieces of octopus and potato." My sister chimed in, "I thought the octopus had a great, smoky flavor."

The crudo de peto was the next to arrive. Crudo was extremely popular on the most recent season of "Top Chef" so I was anxious to see this preparation. The dish was wahoo crudo with strawberries, coconut, lime, mint and ginger.

Two bites in my mother exclaimed, "This crudo is exceptional." My sister added, "If you were ever going to consider eating fish, now would be the time. This is exactly what you want to be eating while dining al fresco." Ever the comedian, she also said, "This made me want to shout 'wahoo!'"

This dish my mother was most excited to try was the arroz negro con calamar, which was Calasparra rice, cuttlefish, prawns, lardo iberico and squid ink sauce.

My sister explained, "The texture of the rice is almost al dente, like a risotto rice." My dad agreed and added, "I loved the prawns, but once we ate those, there weren't a lot of goodies left."

At this point you'd think we'd be ready to tap out, but au contraire! The dessert menu at Barceloneta was very enticing and we decided to try one of each.

The first was a salty caramel mousse with raspberry compote (on the bottom) and chocolate crumble.

The texture of the crumble combined with the silky smooth mousse and the tart flavor of the berries was fantastic.

Next we tried the Valhrona chocolate bread pudding topped with hazelnut gelato and a sprinkling of chopped hazelnuts.

This gelato was deliciously creamy and the ideal pairing for the warm, rich pudding.

The third and final dessert was a burnt Spanish custard with passion fruit and pineapple compote.

The top of the custard had a sugary crust like a creme brulee.

I would come back to Barceloneta just for the desserts.

Though we dined outside, I popped indoors to make my way to the ladies room at the end of the meal. The space is bright and airy.

I love the pendant lights hanging over the long, communal table.

My favorite decor item was the chalkboard sign over the bar that says "Salud" the Spanish expression for "Cheers!"

If you find yourself in Miami, looking for a place to dine outside, Barceloneta is excellent. It's also close to The Standard Hotel, whose outdoor restaurant Lido is another one of my favorites.

They were! I loved that they were completely coated in sauce.

this meal looks incredible start to finish! love your families commentary on the seafood dishes.

It was super delish! My family takes great pride in being quoted!

Glad to be one of the visitants on this amazing web site : D. miami trucking

Sweet blog! I found it while surfing around on Yahoo News. Do you have any tips on how to get listed in Yahoo News? I’ve been trying for a while but I never seem to get there! Thanks dog grooming appointment software

I’ve recently started a blog, and the information you provide on this web site has helped me greatly. Thank you for all of your time & work. Immobilien Franchise Dortmund

1948 saw the formation of the Adidas company by Adolf (Adi) Dassler after a falling out with his brother that was to form the cornerstone of football boot maker rivalry for the preceding years up to today. Brother Rudolf founded the beginnings of the Puma company in 1948, quickly producing the Puma Atom football boot. This led to interchangeable screw in studs made of plastic or rubber for the first time, reputedly by Puma in the early 1950's but the honour is also claimed by Adidas (Read the Story on Footy-Boots). Football boots of the time were still over the ankle, but were now being made of a mixture of synthetic materials and leather, producing and even lighter shoe for the players of the day to display their skills with. 1gomvaobong

It is practiced often as gambling, and the organizers tend to provide an excuse behind organizing such barbaric events as essential for controlling the population of hares or for sharpening the skills of sight hounds. sv288.com

Well, this Thursday I read through a couple of your posts. I must say this is one of your better ones. Have a nice day! immobilien makler dortmund

Whats up. Very cool web site!! Man .. Beautiful .. Superb .. I’ll bookmark your site and take the feeds additionally…I am glad to find so much helpful info here within the article. Thanks for sharing. noma floor plan

There are some fascinating points over time in this article but I do not know if them all center to heart. There may be some validity but I am going to take hold opinion until I take a look at it further. Excellent post , thanks therefore we want a lot more! Put into FeedBurner in addition diclazepam

So many overweight persons are into the habit of using all manner of diet pills today. köpa Ritalin online utan recept

I am glad that I noticed this site , just the right information that I was looking for! . Bukit sembawang

Therefore, you may want to consider the features you really need before you make a choice. can you order stiiizy pods online

However in saying that, many of the gaming keyboards have really good instruction manuals and CDs. https://www.gaming4ez.com/FFXIV_Gil/ffxiv-gil

On Monday night at sundown the Jewish holiday of Passover began. Traditionally, families observing the holiday gather together around a dining room table to retell the story of the Jewish people's exodus from Egypt. The holiday is most commonly recognized by it's primary food, matza. This year Passover began the day after my sister's wedding. Knowing we would be way too tired to cook or to host (my family usually hosts every year) my parents began researching alternatives. 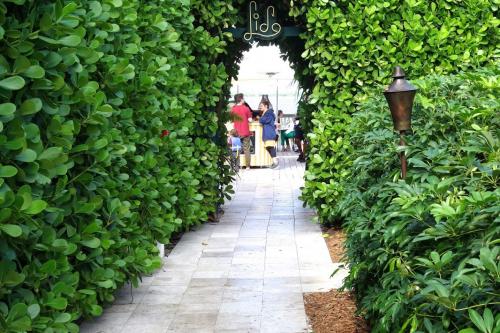 Guys, I have to admit something to you. My parents are cooler than me. While I was in home in Miami over the Thanksgiving break, my parents were so thrilled we would have time to enjoy some of their favorite places together. Normally I am only in town Friday night through Sunday afternoon (barely two days) and those days are spent at family celebrations - holidays, birthdays, baby showers, etc. This trip, I was home Thanksgiving day, plus three bonus days. 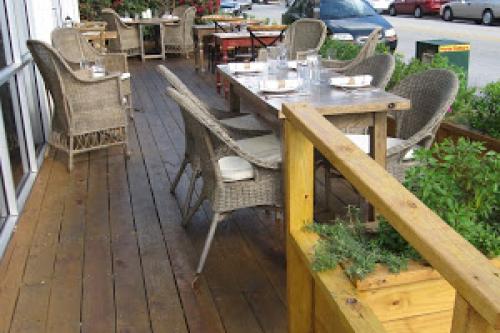 Well, it's my last day in Miami. I am devastated to leave and not just because the weather is beautiful (which it is). This week I have been able to spend so much quality time with my family, explore new neighborhoods, enjoy live music, eat like a queen, and most importantly - relax. Before I fly back to reality this afternoon, I wanted to share one last review with you.