Though the Screen Actors Guild Awards (SAG Awards, for short) don't have the same cache as the Oscars, the Golden Globes or the Emmys, I have always loved watching the annual broadcast. Unlike the other awards show where the winners are determined by the Academy of Motion Picture Arts and Sciences or the Hollywood Foreign Press Association, these awards are voted on by actors, for actors. As you regularly hear in the SAG Awards acceptance speeches, that recognition from their peers is often more coveted than any other statue all season.

As always, my favorite part is the red carpet fashion. At the start of the E! broadcast last night the very first guest (Sterling K. Brown) asked Giuliana Rancic who she was wearing and get this, she didn't know! Her producer had to say the name into her ear piece. Giuliana has been hosting the E! red carpet for what feels like a decade, and she didn't bother to memorize who designed her dress?!

Also, as a PR person, I couldn't help but chuckle when the cast of "Stranger Things" explained to Brad Goreski that Netflix provides them with media training before each season so they know what they can and cannot say to the press. You are never too young to be coached on brand messaging!

Brad chatted with Danielle Brooks (Taystee from "Orange is the New Black") who let us all know that the story lines for season five will take place over just three days. All thirteen episodes will cover just 72 hours.

Ok, without further ado, my picks for the best and worst dressed!

1. Viola Davis - How can you not love Viola Davis? She is the star of ABC's "How to Get Away with Murder" and is nominated this awards season for her performance in "Fences." Last night she took home her second award of the year, wearing a custom Vivienne Westwood dress that was tailored perfectly. Paired with a sparkling statement necklace, she rocked the look from head to toe.

2. Felicity Huffman - Best known for her role on "Desperate Housewives," Huffman was on the red carpet last night as a nominee for "American Crime" and to support her husband, William H. Macy. Macy took home a statue for his role as Frank Gallagher on "Shameless." Huffman beamed with pride from her seat, glittering in this blush pink Antonio Grimaldi gown. The pattern on the dress accentuated her great figure. Her hair was swept up into a soft up do, completing the picture-perfect look.

3. Salma Hayek - Salma Hayek looked like a gorgeous flower come to life! Her canary yellow dress was finished with rose colored accents. Did you see that ribbon detail? That is how you cinch a waist!

4. Yara Shahidi - The "Black-ish" star wowed in a striped Naeem Kahn gown. I just love how bright this dress is. In gray, dreary Boston, this makes me feel like warm weather will indeed come again!

1. Nicole Kidman - Nicole Kidman needs to fire her stylist immediately. This dress is a six foot tall, sequin parrot. While her hair and makeup looked beautiful, nothing can make up for this shiny monstrosity.

2. Thandie Newton - Can someone please explain to me what is happening on this dress? Is that a ferris wheel? The "Westworld" star left me scratching my head.

3. Claire Foy - The leading lady of "The Crown" arrived in a Valentino dress that seemed to have multiple personalities. It was a rosy pink underneath with a deep v-neck, then topped with a black overlay and a pale pink and marigold orange collar. While I couldn't get behind this schizophrenic dress, her hair and makeup looked beautiful.

4. Kaley Kuoco - First of all, I can't believe "The Big Bang Theory" is still on. Second, Kaley's cotton candy Marchesa dress looked a bit like a bird that had escaped from its cage. I normally love Marchesa, but this look was overly textured and that criss-cross neckline was just weird.

5. Sophia Bush - Sophia makes the worst dressed list not for her dress, but for this horrible makeup. I presume that the dark pink eye shadow was meant to amplify the rich, jewel tone color of her gown, but instead it looked like she put her makeup on in the dark.

6. Taylor Schilling - I got to meet Taylor Schilling last year at the reopening of the Origins store in Harvard Square (she's a brand ambassador) and she was so lovely. Unfortunately, her style choices for the SAG Awards left a lot to be desired. This dress is too dark for her complexion, as is that deep burgundy lipstick.

There you have it! Way more disasters this year than stunners.

Tell me, did you watch last night? Did you rejoice when John Lithgow won for "The Crown"? Did your jaw drop when you saw that Andrea Zuckerman from "90210" is the president of SAG-AFTRA?

I loved Yara's dress. It felt fun and very age-appropriate. And who doesn't love a little pop of color in winter?

My thoughts exactly! It made me want to go on a tropical vacation.

your commentary always makes me laugh. this worst dressed list is epic.

I'm glad it makes you chuckle! Sometimes I just want to scream at the TV, "Seriously?!"

END_OF_DOCUMENT_TOKEN_TO_BE_REPLACED 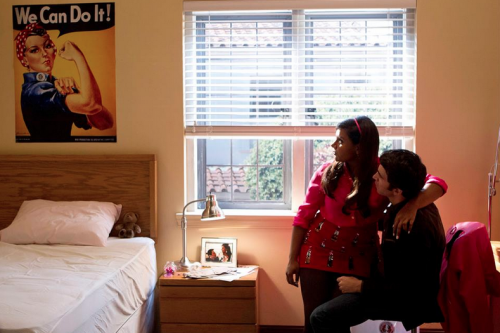 The Mindy Project returned last night with a new episode for the new year. All is now right in the world. I love The Mindy Project team for coming right back in the first week of January, instead of waiting until the end of the month like our friends over at ABC (ahem, Shonda). Last night's episode was titled "Stanford" and chronicled Mindy's first days at her new fellowship. Danny flies out to California with Mindy to help her get settled. 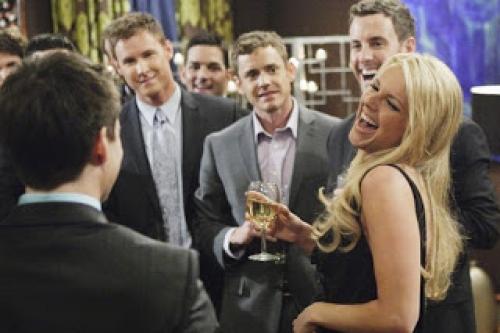 Last night ABC premiered the 20th (!!!) season of the Bachelor/Bachelorette franchise, this time with Ali at center stage. 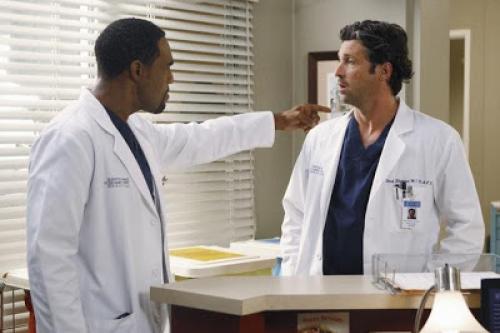 Tonight's episode of Grey's Anatomy was narrated by the men, which shock of shocks, I loved. For me, the outstanding performance of the night goes to Dr. Webber. Not only was he taking gentle care of his deteriorating wife, but he lent a hand to all the residents and attendings. When he asked the scrub nurse if she still had his playlist, I just about died of laughter. I was equally amused when he screamed at Karev, "Those grapes are not for snacking!"