This weekend I saw Hidden Figures, a film that tells the true story of three of NASA's brightest minds - Katherine Goble, Dorothy Vaughan and Mary Jackson.

Taraji P. Henson stars as Katherine Goble, a gifted mathematician working in the Space Task Group at NASA. It is her job to write the equations for the launch and land coordinates for the first men being sent into space. Katherine is one of two women in her group and the only black person on the whole team. She is regularly disregarded, belittled or completely ignored by her peers.

In this role, Henson is timid and a bit unsure (personally and professionally) which is a stark contrast to her role as Cookie Lyon on FOX's Empire. This role in Hidden Figures reminded me what a great actress she is.

Octavia Spencer plays Dorothy Vaughan, the supervisor for the black women's computing group. When the very first IBM computer shows up at NASA (and it took up an entire room in 1962) Dorothy quickly realizes that if she wants to keep her job and the jobs for all the women in her group, they are going to have to learn to code. She takes it upon herself to go to the public library, borrow the one book on coding and teach all the women this new, invaluable skill.

Janelle Monae brings to life the story of Mary Jackson, the first-ever black woman in the NASA engineering program. Mary is the sassiest of the group and has some of the best one liners. In one of my favorite scenes in the whole movie, Mary is submitting a petition to be able to take night classes at an all-white high school (the classes are required to apply for the NASA engineering program). The case she makes for herself in front of the judge had people in our theater cheering and clapping!

Though Janelle Monae is best known for her music career, there is no doubt in my mind this film will be the beginning of many more opportunities for her in Hollywood. She was outstanding and has never looked more beautiful.

In addition to the incredibly talented cast, Hidden Figures also has an engaging soundtrack. The original music is scored by Hans Zimmer, Pharrell Williams and Benjamin Wallfisch. I saw Pharrell perform the song "Runnin'" on The Ellen DeGeneres Show and I loved it, but the upbeat tempo made even more sense set to the scenes of Katherine running (urgently!) from her desk to the colored bathroom all the way across campus.

During the closing credits you get to see real photos of Katherine, Dorothy and Mary, as well as hear more about their professional careers and accolades. It was humbling, to put it mildly. If you are interested in learning more about these women's stories, you can read the book Hidden Figures, which inspired the movie.

If the film sparks an interest in learning more about the space program, I highly recommend The Astronaut Wives Club, both a book and a mini series that aired on ABC in the summer of 2015.

I didn't think I would love a movie more than La La Land this season, but Hidden Figures makes it a tie. The story was inspiring (even more so because it's true), I laughed (many times), I cried (just a little) and I tapped my foot to the fantastic music. I would strongly encourage anyone with kids over the age of seven or eight to take them to this movie. Never has there been a more important time to emphasize equal treatment of all people.

*All images courtesy of FOX.

END_OF_DOCUMENT_TOKEN_TO_BE_REPLACED 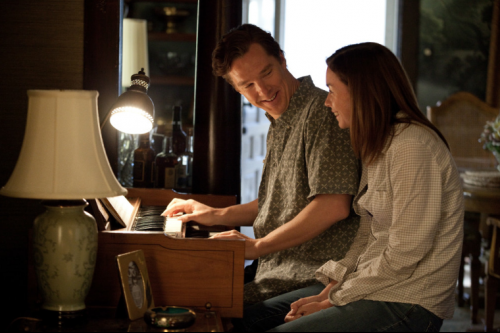 Confession: I love Justin Bieber. I love his hair. I love his purple sweatshirt. And I really love his song "One Time." 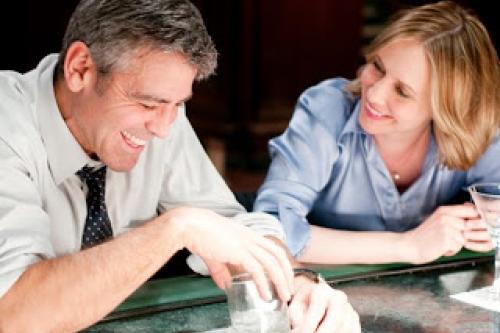 Movie Musings: Up in the Air

Its my most favorite time of the year once again, awards season! And with that, I take on the challenge of seeing as many of the nominated movies as I can before the first major awards show airs. In 2010, that will be the Golden Globes on Sunday January 17th. Last week I saw "Nine" (which I hated) and today, after much positive feedback from family and friends, I saw "Up in the Air."