Today marks exactly two weeks until Election Day. There is no question this has been the craziest election season of my lifetime, and that's saying a lot. Remember Ross Perot?

New Hampshire-based company GourmetGiftBaskets.com is putting a sweet spin on an otherwise unsavory campaign season with presidential candidate cookie cakes. Each cookie is made with a 10-inch sugar cookie and then decorated with the bust of either Hillary Clinton, Donald Trump or Gary Johnson.

The #ImWithHer cookie features HRC in a blush pink suit jacket and a pair of pearls, surrounded by Democrat blue icing.

The Donald is sporting his usual coif and a scowl inside a Republican red border.

Libertarian Gary Johnson sports a blue tie and some salt and pepper squiggles in his hair.

I know many of you have been hosting debate viewing parties, so I can only imagine how many of you are planning election night parties. What better way to celebrate a victory (or relish a defeat) than with a giant cookie cake?

For the last debate I ordered a Donald Trump cookie. When it arrived, I was shocked to see how much the design actually looked like him.

The sugar cookie smell wafted from the box right to my nostrils!

I found it ever so appropriate that the Donald's face got a little bit messed up in transit.

The reason I decided to order the Donald (rather than Hillary) is because I thought it would be fun to cut him up. Each time he said something heinous in the debate, we could slice off another piece!

Whether you want a cookie with the face of the candidate you are supporting or you prefer to take my approach and destroy the enemy one bite at a time, there is no denying these cookies are a hilarious addition to any election night gathering.

The team at GourmetGiftBaskets.com has very generously offered to send a free presidential cookie cake (retail price $34.99) to one lucky reader!

To enter to win:

I'd want a Trump cake because you know it would be YUGE!

Hillary!! Yay for her and yay for cookie cake!

END_OF_DOCUMENT_TOKEN_TO_BE_REPLACED 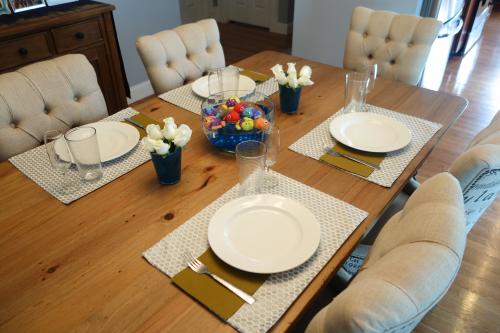 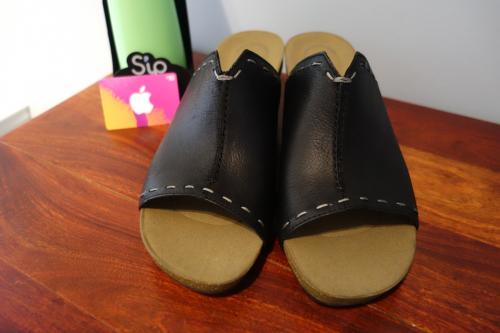 The first time I ever stepped into a pair Rockport of shoes was in the summer of 2014. I was in awe of how comfortable they were. The first time I decided to wear a pair to work I thought, "Surely this cloud feeling can't last. I bet by noon I'll be in pain." Well, lunch time came and went and I still felt great. Then before I knew it I was driving home and my feet felt as supported and free as they did at 7:30am. Rockport shoes are the real deal.

Holiday Gift Guide 2016: For The Hostess

One of my favorite things about the holiday season is all of the parties. I love getting dressed up, putting on something extra sparkly and braving the cold to share an evening with friends. I don't know about you, but whenever I attend a holiday party, I always like to bring a surprise for the host or hostess. As someone who entertains regularly in my own home and knows how much prep and work goes into throwing a great celebration, I like to show my appreciation with a thoughtful gift.