I don't know why, but I love books about tortured souls - The Great Gatsby, The Things They Carried, The Paris Wife, The Art of Fielding. I know that sounds dark and twisty (as Shonda Rhimes would say), but hear me out. There is something about really complex characters with flaws and baggage that just grips me.

I think that's why I devoured Cynthia D'Aprix Sweeney's book The Nest. It was recommended to me by my upstairs neighbor who reads at least two books per week. She said, "I loved the family drama. I couldn't put it down!"

The Nest is the story of the Plumb siblings - Leo, Jack, Bea and Melody. When they were young their father began to set aside money for their future. He told them about this "future fund" and over the years it became nicknamed "the nest." According to the terms of the trust, each sibling would receive an equal share on the youngest sibling's 40th birthday.

The book begins one year before that milestone when the nest is jeopardized. Leo, the oldest Plumb sibling, has been in a car accident, with a passenger, while he was on drugs. To settle the case out of court and protect the family name, funds from the nest are used to sweep it under the rug. When the family attorney has to reveal this decision to the other three siblings, all hell breaks loose.

The siblings gather for lunch with Leo to insist he replenish the nest, since they all had grand plans for the money (paying off a second mortage, sending children to college loan-free, etc.). When Leo walks in the room, the author writes:

"The three of them wondered how he did it, how he always managed to be unruffled while putting everyone else on edge, how even in this moment, at this lunch, where Leo should be abashed, laid bare, and the balance of power could have, should have, shifted against him, be still commanded their focus and exuded strength. Even now, they were deferentially waiting, hoping, he would speak first."

D'Aprix Sweeney's descriptions of each of the four siblings are so beautifully written and rooted in universal truths about the human condition. Here she writes about Bea, the older of the two sisters, when she first met the love of her life, Tucker. At the time Tucker was her professor and 20 years her senior.

"She loved the power his desire afforded her. Her inability to produce anything significant of the novel made her feel like such an imposter, frightened even, and his desire was a balm. She loved the secret of what they were surely going to do. She flirted with him mercilessly at the beginning. Requesting private conferences that she dressed for as if she was going to be undressed, even though she knew she wasn't. She carried his lust around like a magic coin in her pocket that she could spend when she decided she was ready."

I love the simile "like a magic coin in her pocket she could spend."

The chapters alternate perspectives, focusing on a different sibling each time, as well as some characters that orbit in the same universe - the woman in the car with Leo during the accident, Leo's girlfriend, Bea's boss, etc. As the perspective shift and change you learn more and more about the plans tied up in the nest and why its sudden depletion has the family unraveling.

The Nest is my favorite book I have read in 2016. The writing is incredibly descriptive and D'Aprix Sweeney's understanding of family dynamics, love and betrayal make for a novel based on sincere truths. If you're looking for a new book, get tangled up with the Plumbs.

This is such a great resource that you are providing and you give it away for free. I love seeing blog that understand the value of providing a quality resource for free. youtube to mp3 converter

I was reading some of your content on this website and I conceive this internet site is really informative ! Keep on putting up. jio sim price

All the contents you mentioned in post is too good and can be very useful. I will keep it in mind, thanks for sharing the information keep updating, looking forward for more posts.Thanks youtube to mp4

Positive site, where did u come up with the information on this posting? I'm pleased I discovered it though, ill be checking back soon to find out what additional posts you include. 12 minutes affiliate

I know this is one of the most meaningful information for me. And I'm animated reading your article. But should remark on some general things, the website style is perfect; the articles are great. Thanks for the ton of tangible and attainable help. gianteaglelistens

This is such a great resource that you are providing and you give it away for free. I love seeing blog that understand the value of providing a quality resource for free. casino online

I am happy to find this post very useful for me, as it contains lot of information. I always prefer to read the quality content and this thing I found in you post. Thanks for sharing. mab certification nursing

Nice post! This is a very nice blog that I will definitively come back to more times this year! Thanks for informative post. best nail nipper

This is a brilliant blog! I'm very happy with the comments!.. kasyno online

This article was written by a real thinking writer without a doubt. I agree many of the with the solid points made by the writer. I’ll be back day in and day for further new updates. to recognize your employees

Succeed! It could be one of the most useful blogs we have ever come across on the subject. Excellent info! I’m also an expert in this topic so I can understand your effort very well. Thanks for the huge help. Learn how to trade forex

I was surfing the Internet for information and came across your blog. I am impressed by the information you have on this blog. It shows how well you understand this subject. voyance telephone

I think this is an informative post and it is very useful and knowledgeable. therefore, I would like to thank you for the efforts you have made in writing this article. testogen review

This article gives the light in which we can observe the reality. This is very nice one and gives indepth information. Thanks for this nice article. test boost

Thanks for picking out the time to discuss this, I feel great about it and love studying more on this topic. It is extremely helpful for me. Thanks for such a valuable help again. Quick Extender Pro Reviews

Superior post, keep up with this exceptional work. It's nice to know that this topic is being also covered on this web site so cheers for taking the time to discuss this! Thanks again and again! fnreviews.net

Thanks for a very interesting blog. What else may I get that kind of info written in such a perfect approach? I’ve a undertaking that I am simply now operating on, and I have been at the look out for such info. Kissanime

This article was composed by a genuine speculation author beyond question. I concur large numbers of the with the strong focuses made by the essayist. I will for your post. Thank you More Info

I think this is an informative post and it is very useful and knowledgeable. This is very nice one and gives indepth information. Thanks for this nice article. Click Here

I am always looking for some free kinds of stuff over the internet. There are also some companies which give free samples. But after visiting your blog, I do not visit too many blogs. Thanks.
Visit here

Very efficiently written information. It will be beneficial to anybody who utilizes it, including me. Keep up the good work. For sure i will check out more posts. This site seems to get a good amount of visitors.
Click Here

Good site! I really love how it is simple on my eyes and the data are well written. I’m wondering how I might be notified whenever a new post has been made. Thank you
Visit Here

This is a really interesting study. I'm glad I found it and read it. Great job on this thing. I love it. Keep it posting. Thank you
More Learn

END_OF_DOCUMENT_TOKEN_TO_BE_REPLACED 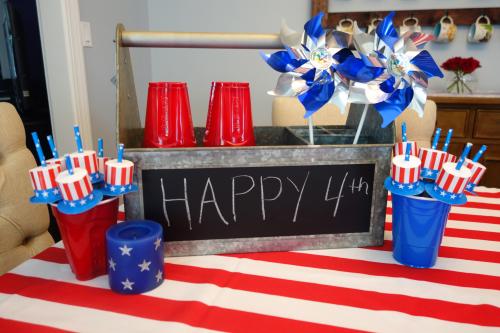 I really and truly love entertaining. Every year I host for the same occasions, one of which is July 4th. Weeks before the holiday I begin scouring the internet for new ideas. I do my best not to repeat decor. It's a game I play with myself - can you decorate without reusing old stuff? 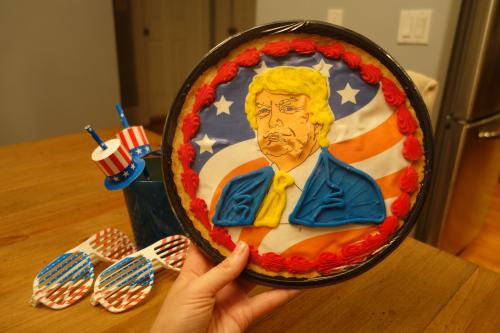 Today marks exactly two weeks until Election Day. There is no question this has been the craziest election season of my lifetime, and that's saying a lot. Remember Ross Perot?  New Hampshire-based company GourmetGiftBaskets.com is putting a sweet spin on an otherwise unsavory campaign season with presidential candidate cookie cakes. Each cookie is made with a 10-inch sugar cookie and then decorated with the bust of either Hillary Clinton, Donald Trump or Gary Johnson.