I've been doing a ton of traveling this summer and this past weekend it felt really nice to keep things local. On Saturday night I went to dinner and a movie on Mass. Ave in Arlington with one of my besties. We began the night with a vegetarian feast at Zhu that ended with chocolate fried ice cream. Then we walked one block up to the Capitol Theatre to see Ghostbusters.

I have to admit, I'm not one of those 1980s babies who grew up being obsessed with the original Ghostbusters movie. I think I've seen it three times in my entire life. That being said, I was really excited to see how director Paul Feig (Bridesmaids, The Office, Arrested Development) would handle the reboot, especially with an all female cast.

*SPOILER ALERT! Do not read on if you do not want to know anything about this movie or its characters.*

Kristen Wiig's character Erin is a physics professor at Columbia who is up for tenure. Her reputation becomes threatened when her department head discovers she has co-authored a book about paranormal activity. Her fellow scribe is former high school classmate Abby, played by Melissa McCarthy. I was so relieved to see Melissa McCarthy is a role that didn't require obsessive slapstick, fart and poop jokes and grotesque sexual comments.

Abby's partner in her paranormal research is Jillian, played by Saturday Night Live's Kate McKinnon. I stopped watching SNL years ago so I wasn't very familiar with McKinnon, but she was hands down my favorite character in the movie. She inhabited the role of scientific genius with just the right balance of quirk and madness. I loved the scenes where she would allow the ladies to test new weapons and she would get so much joy and satisfaction from watching her experiments come to life.

The fourth Ghostbuster, who basically forces herself into the group after a ghost citing in the New York City subway, is Patty, played by Leslie Jones. Jones is also a Saturday Night Live veteran.

In addition to this powerhouse list of female actresses, the movie also provides a little eye candy in the form of Chris Hemsworth, who plays the Ghostbusters' receptionist. He sucks at the job but Erin (Wiig's character) has a serious crush, so they keep him around.

His body winds up being held captive by a ghost, creating some pretty hilarious scenes. Even better than the scenes where he's possessed is the dance number he performs during the closing credits. Make sure you stay in your seat all the way until the very end!

The story line for this film kept me entertained and laughing the entire time. It was exactly the right mix of action and conflict with a dash of female bonding. It was also cool to see so many streets in Boston, as most of the film was shot right here in the Hub. Check out this list Boston.com put together of all the on-camera locations.

For those who are mega fans of the original movie, most of the cast members make cameos in the reboot - Bill Murray, Dan Aykroyd, Ernie Hudson, Sigourney Weaver, Annie Potts, Slimer and the Stay Puft Marshmallow Man. And you better believe the original theme song gets worked in too. It's impossible to hear that song and not get excited.

If you have been on the fence about whether or not to see Ghostbusters in the theater, it is 100 percent worth it. Given all the special effects I think it is much more impressive on the big screen than it would be streaming on your laptop or tablet.

The music of the movie is allays integral for the broadcast and appreciation of the directors. The utility of the score and oxbridge essays reviews is chanced out for the things. The move is watched in all cinemas of the world with full intent and happiness of the movie lovers.

We are tied directly into the sate’s renewal database which allows us to process your request almost instantly. เกมยิงปลา

It’s very informative and you are obviously very knowledgeable in this area. You have opened my eyes to varying views on this topic with interesting and solid content. ทางเข้าslotxo

Great tips and very easy to understand. This will definitely be very useful for me when I get a chance to start my blog. ดาวน์โหลด slotxo

Its as if you had a great grasp on the subject matter, but you forgot to include your readers. Perhaps you should think about this from more than one angle. our website

I'm impressed, I must say. Very rarely do I come across a blog thats both informative and entertaining, and let me tell you, you ve hit the nail on the head. Your blog is important.. jeux io

Thanks for the blog loaded with so many information. Stopping by your blog helped me to get what I was looking for. glass food storage containers

When you use a genuine service, you will be able to provide instructions, share materials and choose the formatting style. Christmas Beard Lights

Positive site, where did u come up with the information on this posting?I have read a few of the articles on your website now, and I really like your style. Thanks a million and please keep up the effective work. network router

Excellent post. I was reviewing this blog continuously, and I am impressed! Extremely helpful information especially this page. Thank you and good luck. 먹튀검증업체

A debt of gratitude is in order for posting this information. I simply need to tell you that I simply look at your site and I discover it exceptionally fascinating and educational. I can hardly wait to peruse bunches of your posts. https://gamebnat.net/mtsite02/

Nice post. I was checking constantly this blog and I’m impressed! Extremely useful info specially the last part I care for such information a lot. I was seeking this certain info for a long time. Thank you and good luck. 안전놀이터

Thank you for such a well written article. It’s full of insightful information and entertaining descriptions. Your point of view is the best among many. 메이저사이트

This blog was extremely helpful. I really appreciate your kindness in sharing this with me and everyone else! mieszkania sprzedaz wloclawek

Hi There,
Thank you for sharing the knowledgeable blog with us I hope that you will post many more blog with us:-
This is one of our best quality products and you can buy this products online which helps to relief pain,depression, heart attacks, cancer and more
Email:info@buymushroomonline.com

END_OF_DOCUMENT_TOKEN_TO_BE_REPLACED 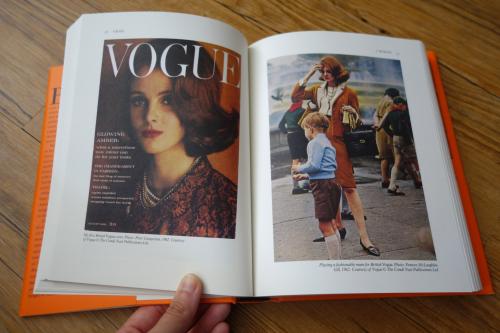 Grace Coddington, the creative director of Vogue magazine, had always flown a bit under the radar. Despite her wild, fiery red hair, she kept a low profile. That is until she was featured in the documentary The September Issue. In her memoir, Grace, she talks about being super resistant to being involved in the shoot. She writes:

For me, there is no greater thrill than finding the perfect present. Each year for birthdays and the holiday season I really challenge myself to find special, unique and personal gifts for the people I love. I happen to have an outrageously awesome and generous girl squad, so today's gift guide theme "for the BFF" is dedicated to them.

I can't believe I am saying this, but Mother's Day is only two weeks away! If you're like me and your mama lives out of state, you can't leave present shopping to the last minute because you need to build in time for your perfect finds to ship. Or if you are really crazy like me, you have to leave time for the item to ship to your house first, then wrap it, add the card you picked out, put it in a new box and ship it to her house.  I've scoured the internet for the best gifts for all the mamas in your life. Here are my top 8 picks for wow-ing on May 8th.