This past weekend I devoured all 10 episodes of the FX mini-series "The People vs. O.J. Simpson: American Crime Story." When the murders were committed in June of 1994, I was in the fourth grade. I remember certain things like the live stream from the court room being on TV, the constant mentions of the white Ford Bronco and I really remember all of the scrunity around Marcia Clark's attitude and appearance. By the time the verdict was delivered, I was in sixth grade and our teacher wheeled a TV into the classroom to let us watch the decision live. I remember thinking, "We never get to watch TV at school. This must be really important."

The O.J. Simpson case marked a dramatic change in the way Americans consume news. Major TV networks were pushing their entire daytime lineups to stream the trial in real time. Magazines put stories about the case on their covers week after week and the personal lives of the judge, the attorneys and the jurors were under constant surveilance.

The mini-series is produced by a team of eight, which includes producing partners Brad Falchuk and Ryan Murphy, the duo behind "Nip/Tuck", "Glee", "American Horror Story" and "Scream Queens." Cuba Gooding Jr. has the starring role, inhabting O.J. Simpson with the a mix of ego, vulnerability, denial and delusion. Weirdly, this take on O.J. Simpson reminded me of the many films I've seen on the life of Michael Jackson. Both men were really and truly living in their own personal reality.

I didn't remember that on the day O.J. was supposed to surrender, he fled, his friend A.C. at the wheel as they sped up the 405. O.J. held a gun to his head, causing the police to clear the entire highway and ride along behind them until they could coerce them off the road.

David Schwimmer, a.k.a. Ross Geller from "FRIENDS," plays O.J.'s best friend, Robert Kardashian. I do remember Robert Kardashian on TV during this time, but I couldn't recall his association. In this mini-series, Rob is often the voice of reason, the person who talks O.J. off the ledge. Interestingly, there is a scene where he is taking his four children out to lunch on Father's Day. The kids love all the attention they are getting because their dad is on TV. Robert says to them, "Fame is not important. Living life with a virtuous heart is the most important thing." If only he could see them now!

The other members of O.J.'s legal team, Bob Shapiro, Johnnie Cochran and F. Lee Bailey are played by John Travolta, Courtney B. Vance and Nathan Lane.

The hair and makeup used to transform John Travolta leaves him looking like a cross between Arnold Schwarzenegger and The Hulk. Courtney B. Vance really commits to Johnnie Cochran's larger than life personality. I hadn't remembered that Johnnie had a history of infidelity and domestic violence. I also didn't remember how soon these events took place after the race riots in L.A.

The prosecution is led by Marica Clark, played by Sarah Paulson (a regular on Falchuk and Murphy's "American Horror Story"). As a kid, I really do remember Marcia Clark being on TV constantly and many reporters and analysts commenting on her appearance and how harsh she came off to the jury. What I did not remember was that she was going through a divorce and a custody battle at the time of the trial.

One of the more surprising plot lines of the mini-series is the chemistry between Marica and her co-counsel, Chris Darden, who is played by Sterling K. Brown. Darden serves as her rock both personally and professionally. I didn't recognize Sterling K. Brown, but apparently he was a regular on the show "Army Wives."

What makes the mini-series so addicting is the way the writers unveil new pieces of evidence and then show you how each side (prosecution and defense) takes that information or new development and tries to spin it to their advantage. There are moments where the prosecution is sure they are winning and some moments where the defense is sure they have it in the bag. I was also fascinated by the jury selection process and how many jurors were removed throughout the trial.

Because I was so young when these events happened in real life, I was gripped to the screen, wondering what would happen next. The great news is, if you are interested in watching this, you can see all 10 episodes on FXNetworks.com (if you already get FX as part of your cable package, you're all set to watch online). If you don't get FX, you can purchase the whole mini-series through Amazon Video ($24.99 for all 10 episodes).

I am very intrigued by this one, also going to check it out. love all your stream reviews.

END_OF_DOCUMENT_TOKEN_TO_BE_REPLACED 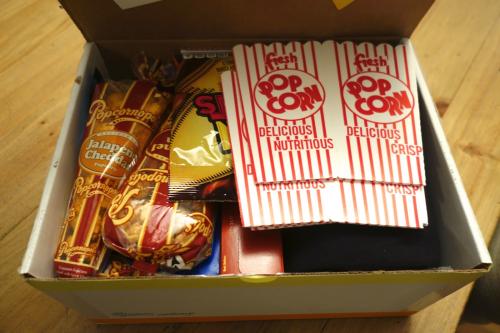 Happy Cyber Monday! I hope everyone had a wonderful Thanksgiving weekend filled with quality time with family and friends and boat loads of delicious food. Thanksgiving marks the official start of the holiday season, which is one of my favorite times of year. The weeks between Thanksgiving and New Year's Eve are filled with decorating, card writing, party going, cooking, baking and most importantly . . . shopping! (And wrapping, my personal obsession).