Saloniki is a collaboration between Adams, Eric Papachristos (also her partner at Trade) and Jonathan Mendez. The restaurant's name comes from Papachristos' hometown in Greece, Thessaloniki.

This restaurant is the first fast-casual concept from Adams, who is traditionally known as a fine dining chef. In an interview with Zagat, Adams described the flavors of the food at Saloniki as "bold, bright and balanced."

We arrived on a Wednesday evening at 6:30pm. We were amazed by the size of the restaurant, which seats 60 inside and has enough patio space for another 45.

I love the copper exterior and the bright blue doors that greet you as you walk toward the entrance.

As you move through the doors, you walk into the line to order. There are strategically placed boxes with paper menus, so you can make decisions as you wind your way to the counter.

All the food is prepared right in front of you. When you reach the counter, you really feel the heat from the grills and the fryers.

Saloniki has a few signatures - four pita sandwiches, two salads and a soup - but most people in line were building their own plates. You can choose to build a pita, a plate or a salad. Then you can top it with pork, chicken, lamb, eggplant or zucchini and then choose from six different sauces including tzatziki, spicy whipped feta, red pepper-sesame, spicy pickled slaw and more.

I went with one of the classic pita sandwiches, the Despena and a side of Greek fries.

I am now officially addicted to this sandwich. The zucchini-feta fritters were so light (unlike falafel, which can feel like swallowing small boulders) and though they were light, they were packed with flavor. Saloniki sources all their tomatoes from Backyard Farms in Maine (my favorite) and both the tomatoes and onions were super fresh. And really, let's be honest, can you beat fries inside your sandwich?

In addition to the fries buried in the Despena, I also ordered a side of Greek fries to share with the group. They are sprinkled with oregano and cheese.

Dan suggested we get sauces on the side for dipping, so we tried the tzatziki and the red pepper-sesame. I loved both equally and highly recommend them. One is creamy and the other has a little heat and tang.

As a group, we also shared the crispy pita chips. They were a bit too hard for my liking. We also shared two sides of barrel-aged feta. It's not often that I eat feta cheese plain, but I will now that I've tasted Saloniki's. Their version is fresh, it isn't watery and has the most pure flavor.

I tried desperately to take a group photo (selfie, of course) but we kind of failed. This is the only photo where we got Fiona in and Dan was distracted by a notification on his phone.

Saloniki does offer dessert. They have a Greek yogurt with lemon curd, honey and fig jam, as well as baklava crisps. We opted to walk a block over and get milkshakes at Tasty Burger.

I was incredibly impressed with Saloniki. The service was polite and speedy and there is a ton of room sit, even with big groups. The vegetarian offerings are fantastic and the feta cheese really is to die for. They do serve wine and beer if you'd like an alcoholic beverage with your Greek fare.

the copper building is so pretty. Can't wait to check this spot out.

It's such a fun addition to the neighborhood. The building really glistens in the sun.

slotokAre you looking for money 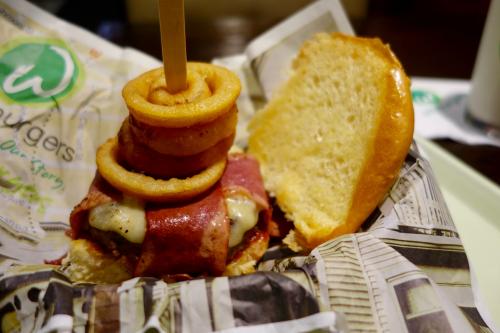 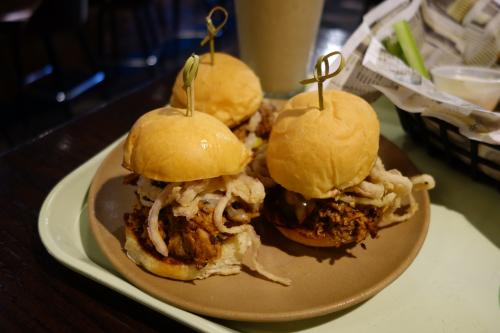 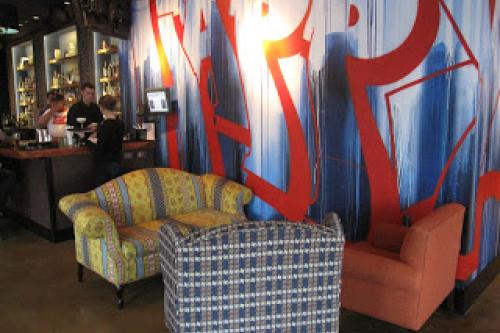