Just after the new year one of my best friends from college texted me that she was reading Shonda Rhimes' book "Year of Yes" and she thought I would love it. I was embarrassed to admit to her that I didn't know Shonda had published a book (whoops), but if she recommended it, I would absolutely give it a try. That night I ordered the book on Amazon Prime and two days later it was on my doorstep.

"Year of Yes" chronicles a seismic shift in Shonda's approach to life after a pivotal conversation with her sister. It was Thanksgiving 2013 and Shonda and her sister Delorse were prepping the meal in the kitchen. While dicing and chopping Delorse fired a shot, "You never say yes to anything." Rather than feeling hurt or attacked in the moment and eventually moving on, this one comment began to plague Shonda. It kept her up at night. She could not stop thinking about that accusation.

She spent the holiday season really thinking long and hard about her sister's words and decided that in 2014 she would say yes to everything, especially the things that terrified her. Number one on the list? Public speaking.

Given her biggest fear, naturally the first request that came her way in January 2014 was to appear on "Jimmy Kimmel Live." Shonda was completely petrified, but committed to her resolution, she said yes. She filmed the special called "Jimmy Kimmel Live: Behind the Scandalabra" and that one hour episode helped Jimmy beat "Tonight Show Starring Jimmy Fallon" for the first time ever in the ratings.

Next up, an email from the president of her alma mater, Dartmouth College, asking her to be the commencement speaker. Again, Shonda was horrified, sweating and panicked, but she said yes. In the book she includes the full text of her speech, which I really enjoyed reading.

As the year continues, Shonda keeps tackling one scary thing after another, many of them public speaking gigs or television appearances. During those same months, she also confronts some more personal issues - her weight, the ability to speak up at work, finding the right balance between time at the Shondaland offices and time with her three daughters and coming to terms with the realization that she doesn't ever want to get married. In the chapters where she discusses her personal life, some of the revelations were so profound that I was moved to tears. On the train.

One of my favorite passages is a moment when Shonda explains that before the year of yes she could never take a compliment about her career success. Rather than say "thank you" or "I really appreciate that," she would say something like, "Oh, it's not me. I have a whole team that makes the magic happen." Here is the moment when she decides to no longer stand in the shadows, but to claim what's rightfully hers:

"Everyone who works with me? They are AMAZING. I truly am surrounded by people - actors, line producers, directors, set decorators, costume designers, assistant directors, grips, craft service people, Teamsters, writers, so many people - who are incredibly talented and without whom Shondaland would not exist. There are a bunch of cool people at ABC who are pretty essential too. My agent, Chris. My lawyer, Michael. A lot of people make Shondland the creative, happy, and successful place that it is.

So it IS everyone who works with me.

But why am I running around saying it's NOT me?

And what the hell is up with the 'I'm just so lucky' line?

No one who succeeds is merely lucky.

Not in the 'she tripped and fell right onto a television ratings chart' way.

Gentle reader, may you never be lucky.

I am not lucky.

You know what I am?

I am smart, I am talented, I take advantage of the opportunities that come my way and I work really, really hard.

Call me a badass."

If that doesn't make you feel empowered, I don't know what will.

Throughout the book I wanted to reach in there and high five Shonda. She was facing some seriously tough stuff and sharing all the vulnerable, unattractive, anxious details. In that way, "Year of Yes" reminded me of Lena Dunham's "Not That Kind Of Girl." Just brutally honest, no matter how unflattering.

When I got to the end of the book, I was sad that it was over. Thankfully, there was a seven page acknowledgements section to give me one last dose of Shonda. My favorite shout out she gives is to her parents:

"Ilee and Vera Rhymes are my parents. They made me. They shaped me and molded me. They endlessly indulged my need to discuss my 'plan for the future' and they applauded my ambitions. My father told me 'they only limit to your success is your own imagination' and my mother fixed, handled and Poped anyone who tried to make me feel this was not true. They were my very first gladiators. Every child should be raised with the same encouragement and fierce protection."

Whether you watch Shonda Rhimes' TV shows or not, you will appreciate the bold way she turned her life upside down to start living her best life (as Oprah would say). This book made me laugh, it made my cry and it also brought to my attention ways I too could stand up for what's more important to me.

I loved it so much. I didn't even mention all the inside scoop you learn about Grey's Anatomy!

END_OF_DOCUMENT_TOKEN_TO_BE_REPLACED 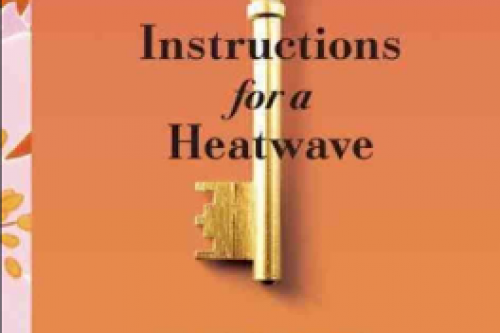 Read: Instructions For A Heatwave

Earlier this month I shared with you that I was reading "Instructions For A Heatwave" by Maggie O'Farrell. I had been reading reviews of the book for about two weeks when I decided to just bite the bullet and buy it. In hard cover. 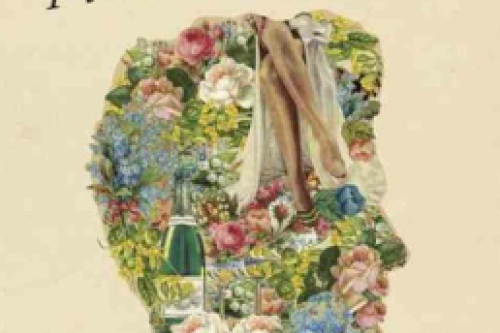 Read: History Of A Pleasure Seeker

When I was home in Miami for Thanksgiving my parents and I took a trip to our favorite independent book store, Books & Books, to support American Express' Small Business Saturday. We were lucky enough to chat with the store's owner, Mitch, and I shared with him that I was in desperate need of a new book for the plane ride home later that day. He said, "Ok, just wait right here. I'll come back in five minutes!" He did and he brought this:

When I was a sophomore in college, my roommate and I discovered that there were many people on campus who loved to read just as much as