Read: Why Not Me?

I think it's fair to say that when it comes to Mindy Kaling, I've achieved super fan status. When her show was on FOX, I wrote recaps for every single episode, even helping you track down some of the best fashions featured on the show. Last year I did an entire holiday gift guide for the Mindy fan in your life and when Mindy published her first book, "Is Everyone Hanging Out With Me? (And Other Concerns)" I ordered it right away, read it and shared my review.

In May of 2015, Mindy announced that her second book would be released on September 29th - my birthday! Absolutely positive that I would get at least one copy as a gift, I decided not to pre-order it. Well, my birthday came and went and no one got me a copy! I was shocked. Thankfully, a friend had purchased her own copy and offered to lend it to me for my New Year's trip.

On January 1, 2016 I boarded a plane to the Bahamas with Mindy in tow. "Why Not Me?" is a collection of essays ranging in topics from what it's really like to write and produce your own television show to the secrets of surviving paparazzi outside every restauant.

I have to admit, while reading the first three essays I thought to myself, "Well, it's finally happened. Mindy has gotten too big for her briches." It was all feeling very self-indulgent. For example, the first chapter is called "How to Look Spectacular: A Starlet's Confessions" in which Mindy reveals all the secrets of hair, makeup, tailoring and spray tans (yes, she tans before shooting any scenes involving nudity to try and eliminate tan lines). There is also a list in a later chapter called, "Things I Can No Longer Do Now That I'm Famous." I was starting to worry that this woman who I had felt was truly my spirit animal had been dramatically changed by life in Hollywood.

Then, on page 67, it started to get interesting. Mindy shares all the details of writing and pitching her show. You learn that NBC turned it down and that an old executive who initially greenlit "The Office" is the one who gave her a home at FOX. One of my favorite passages is in that chapter where she describes the inspiration for the show:

"The Mindy Project is most inspired by Jane Austen's Pride and Prejudice. Besides being in a structurally perfect novel, Elizabeth Bennet and Mr. Darcy are probably my favorite couple in any book. Danny Castellano is most based on Mr. Darcy (and a generous helping of Sonny Corleone from The Godfather). As for Mindy? Um, Mindy is much less like Elizabeth Bennet than she is a combination of Carrie Bradshaw and Eric Cartman."

The book continues with a hilarious chapter called "I Love Sex Scenes!" in which Mindy reveals what really happens when you have to shoot all those makeout sessions.

The back third of the book had my two favorite essays, "Soup Snakes" and "One of the President's Men." The first, "Soup Snakes," is about Mindy's relationship with her best friend, fellow "The Office" alum B.J. Novak. The media is always speculating if Mindy and B.J. are really in a romantic relationship and this essay lays that to rest. "One of the President's Men" is the story of a real life fliration Mindy had with one of the members of President Obama's security team. I think any single girl that reads this essay will swoon.

By the time I finished "Why Not Me?" Mindy was on my good side again. If you do decide to read the book, just start on page 67, that's when it starts to get juicy.

I have one more book review to share with you from that vacation, one of my favorite in a long time. This week I started Shonda Rhimes' book "The Year of Yes" and it's fantastic.

What are you reading?

I'm halfway through and loving it!

So much love for "One of the President's Men" - the best!!

END_OF_DOCUMENT_TOKEN_TO_BE_REPLACED

My friend Stephanie, author of Kissing Frogs and Fish In The Sea, devours books. I think she reads two or three books per week (at least that's how it feels to me). 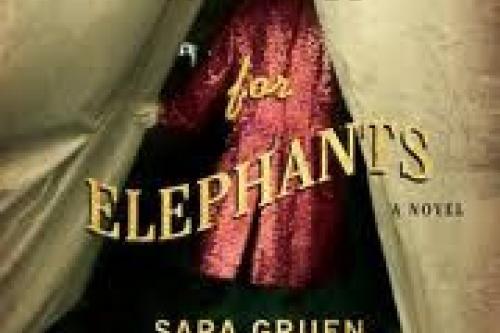 I do my best reading while on vacation.

I don't know why, but I love books about tortured souls - The Great Gatsby, The Things They Carried, The Paris Wife, The Art of Fielding.