The location we visited was in Westborough, MA. While you may not have an occasion to be out that far west, you are likely to stumble across Tavolino's second location, which is in Patriot Place in Foxoboro, MA. I've actually dined at both locations before, but this was the first time I whipped out the camera.

The Westborough location is just off the rotary in the center of town and has a huge parking lot, so it's easy to find a spot and hop right out. 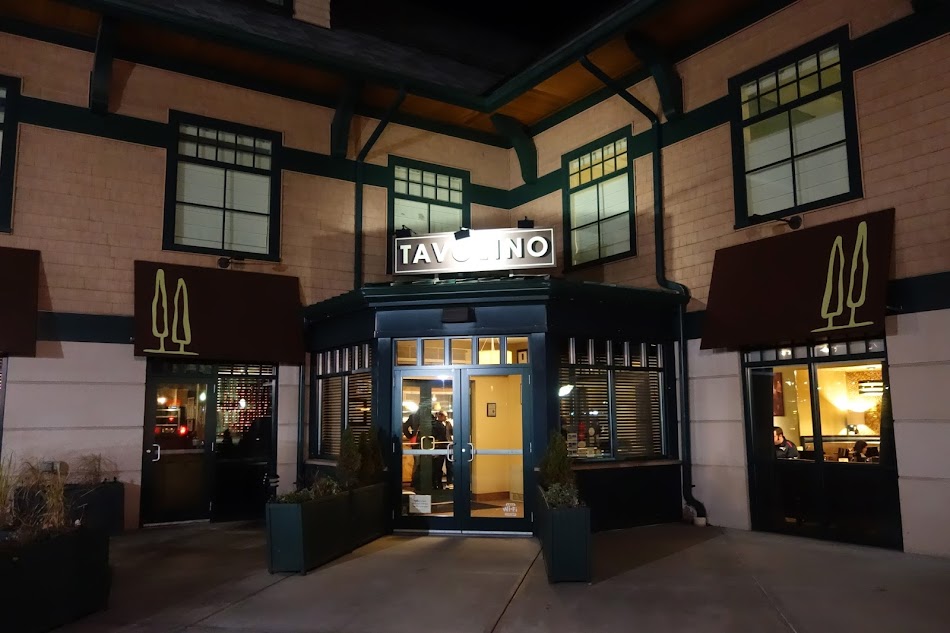 When you open the doors to the restaurant you step onto their funky tile floor. If you click on their website, you'll notice a similar image of the floor is the background to their homepage. 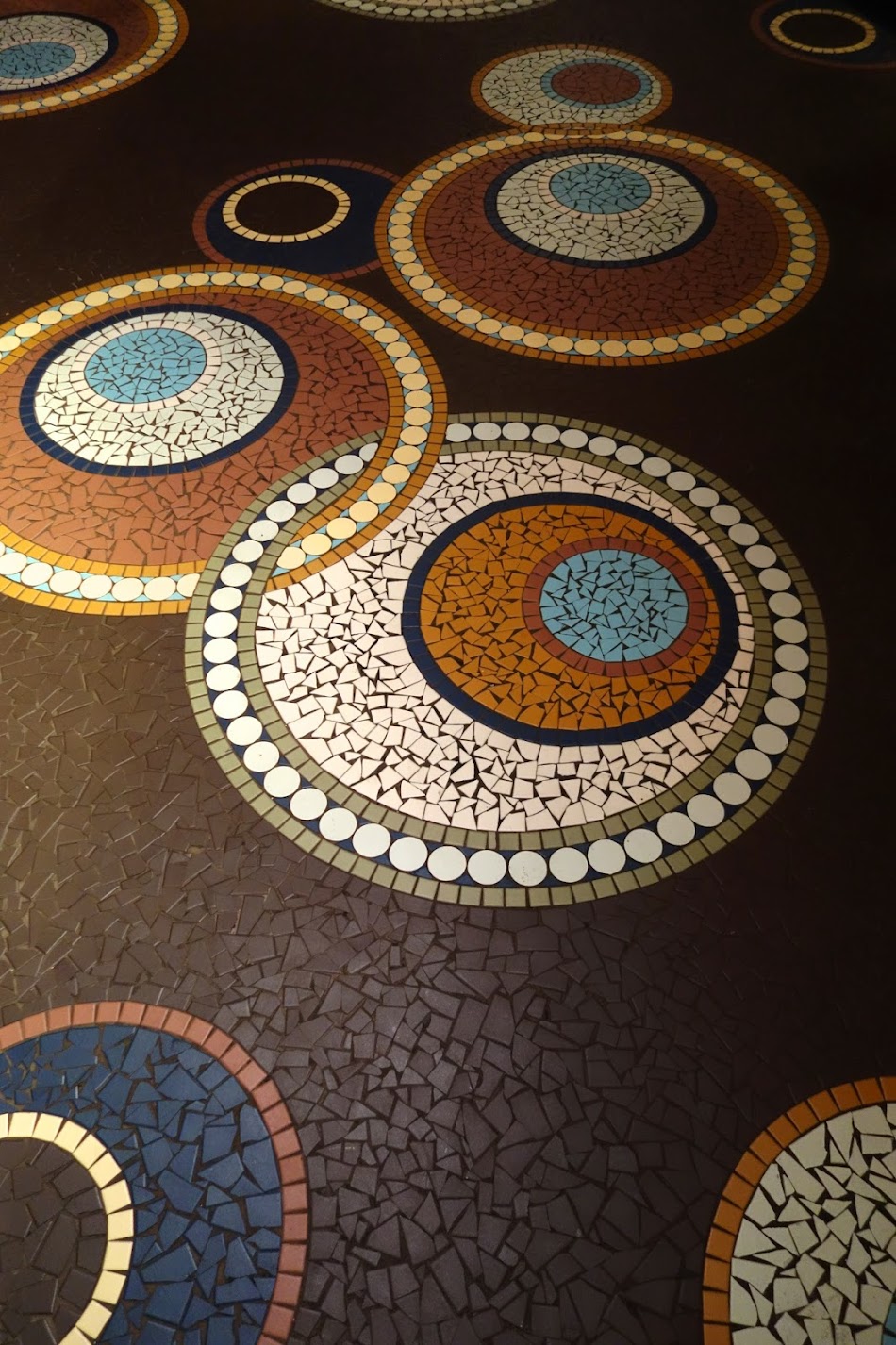 We were seated in a cozy booth in the bar area. Our bubbly waitress came over to hand us menus and we got right down to business - cocktails.

Two of the girls ordered the Grapefruit Basiltini which was Deep Eddy Ruby Grapefruit vodka, basil leaves, agave nectar and a splash of grapefruit juice. The coolest thing about the way Tavolino serves cocktails is that they bring the drink to you 75% of the way full and they also bring a small glass carafe for you to refill it! 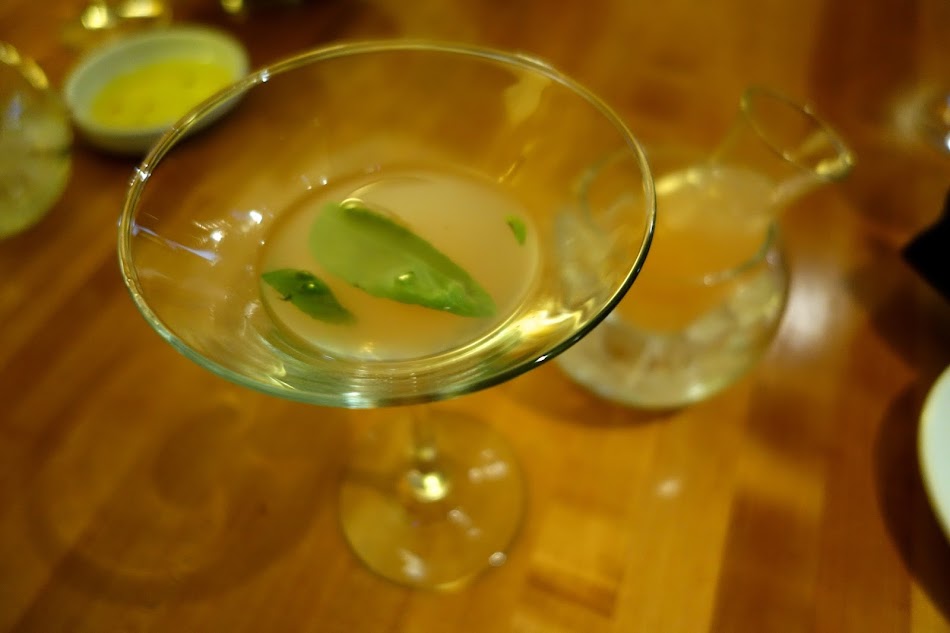 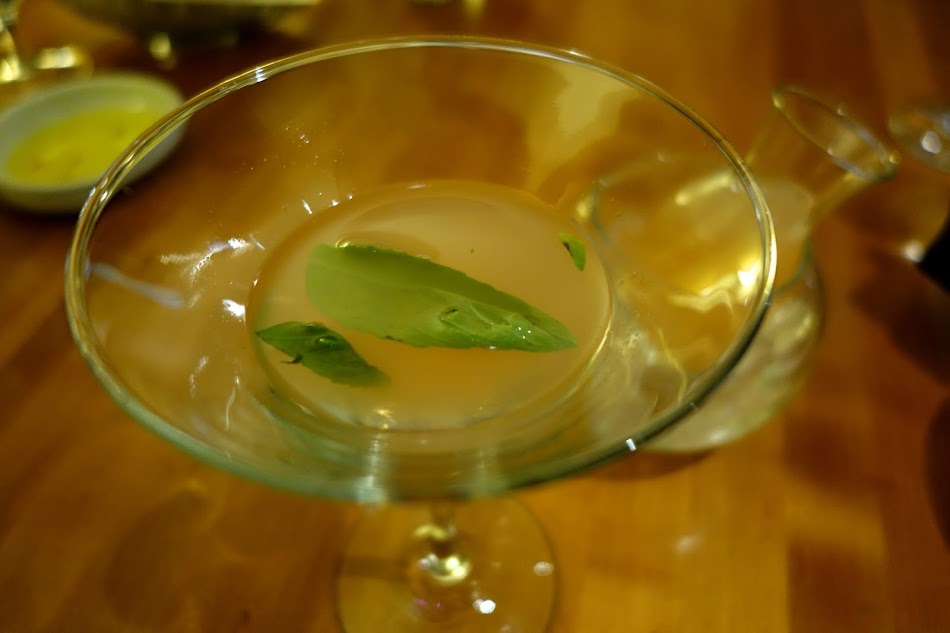 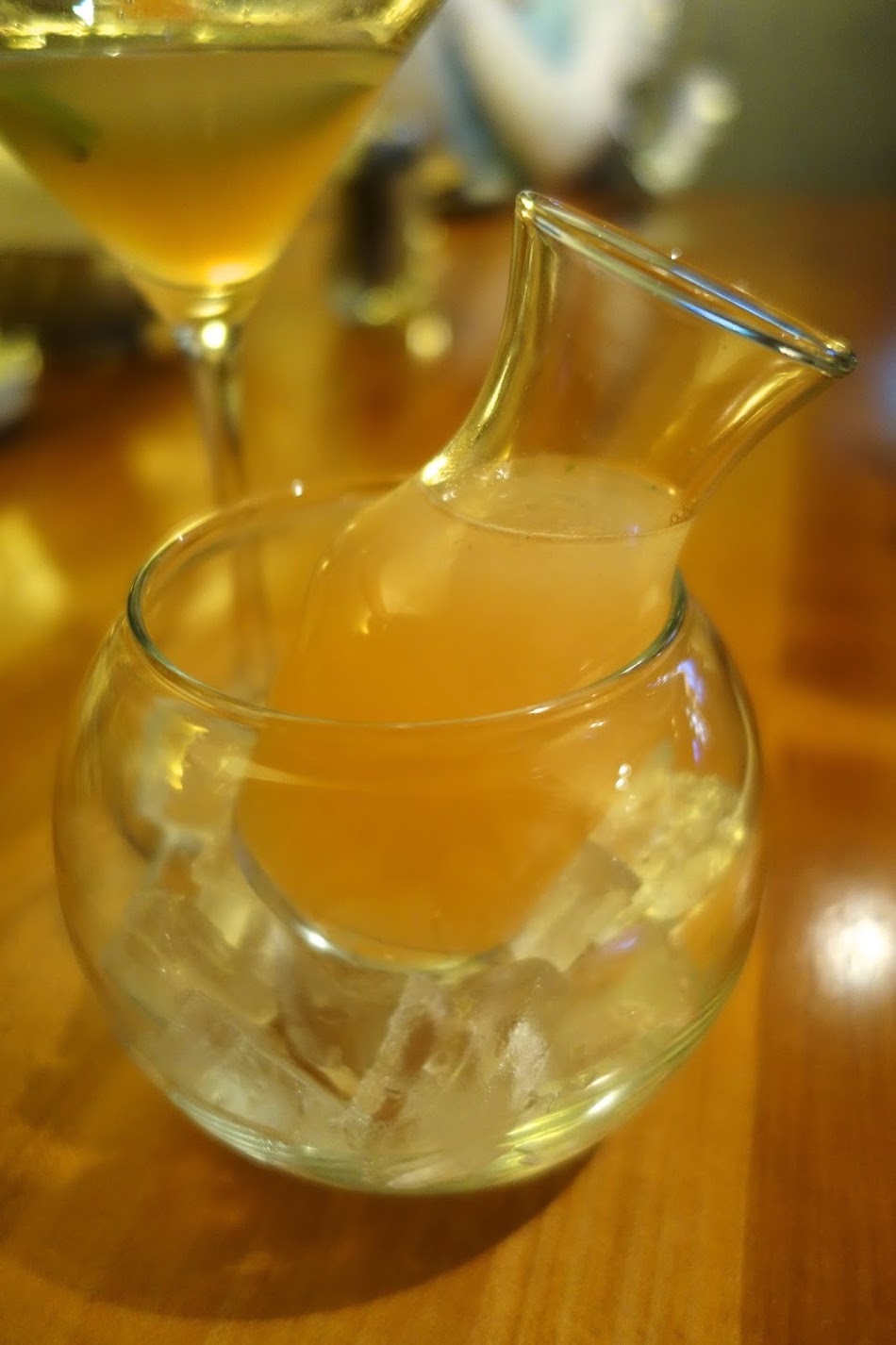 I had a sip of one of the grapefruit cocktails and it tastes exactly as the name promises, of tart and sweet citrus.

Next to me a friend had ordered a dirty martini, which she described as, "made perfectly." She too received a refill bottle. 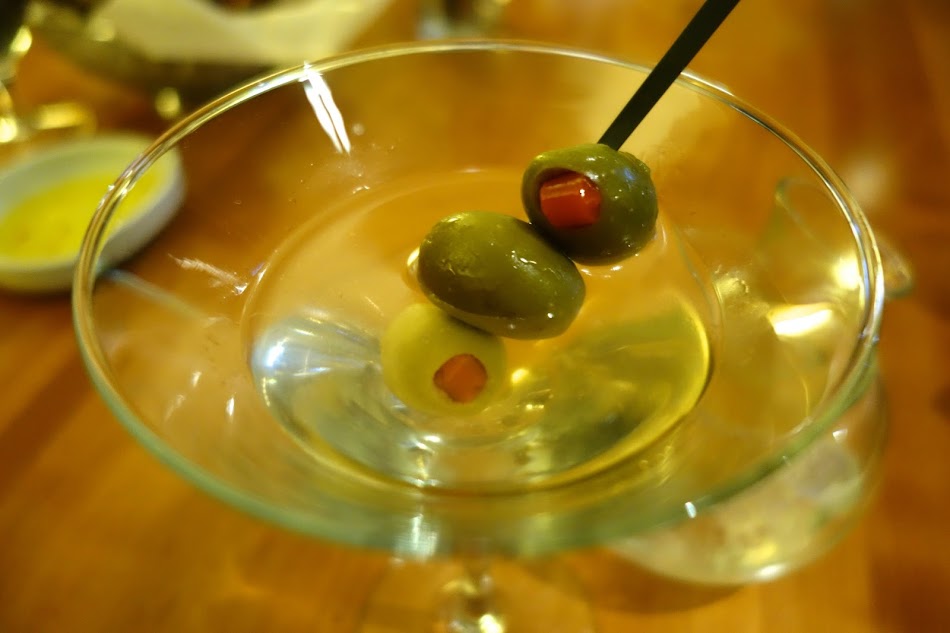 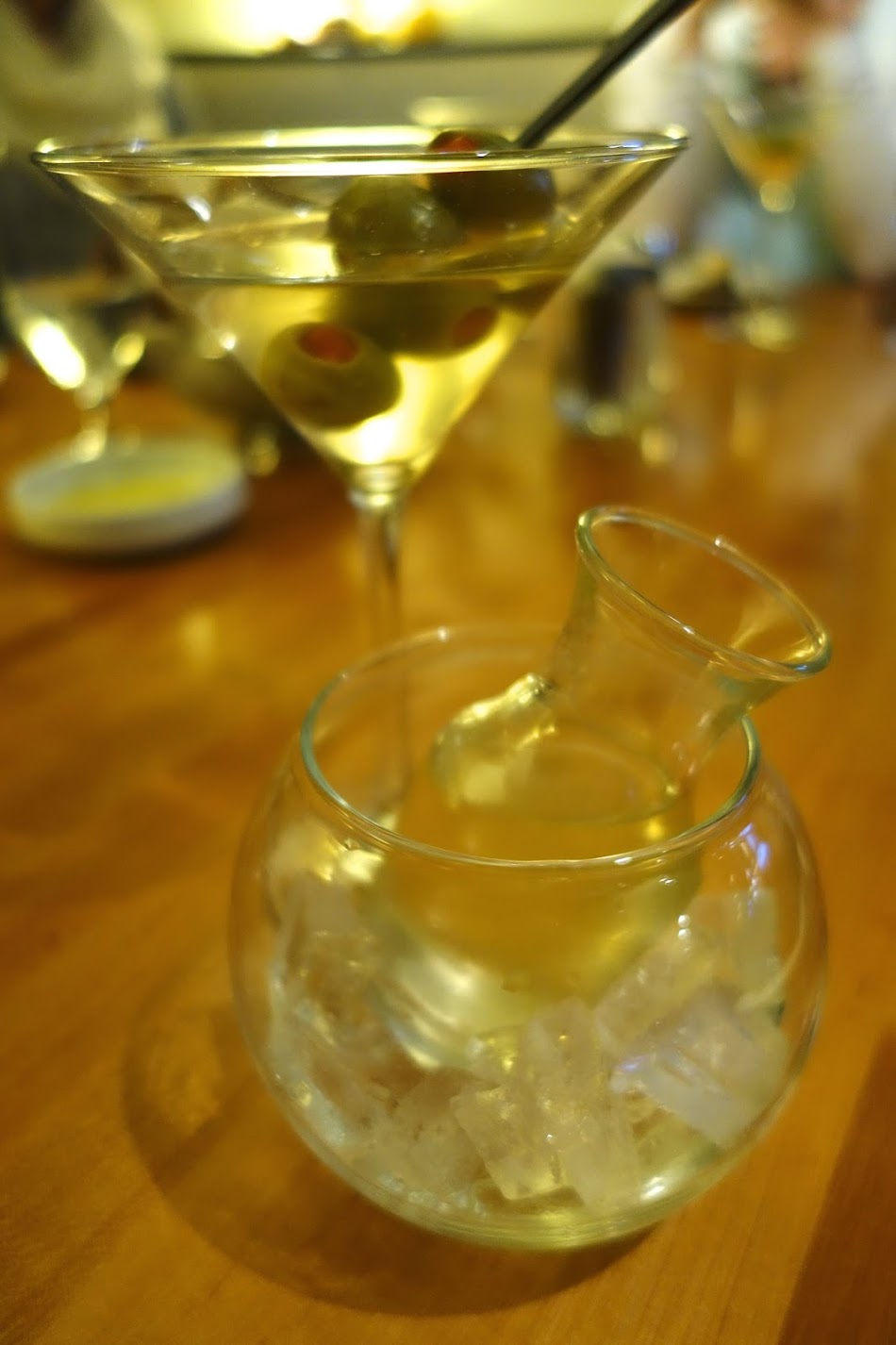 Another friend toasted with the Sparkling Pear, which was Grey Goose L'Poire vodka, agave nectar, St. Elder Flower Liqueur and prosecco, garnished with a paper thin slice of pear. The bubbles made it feel so festive. 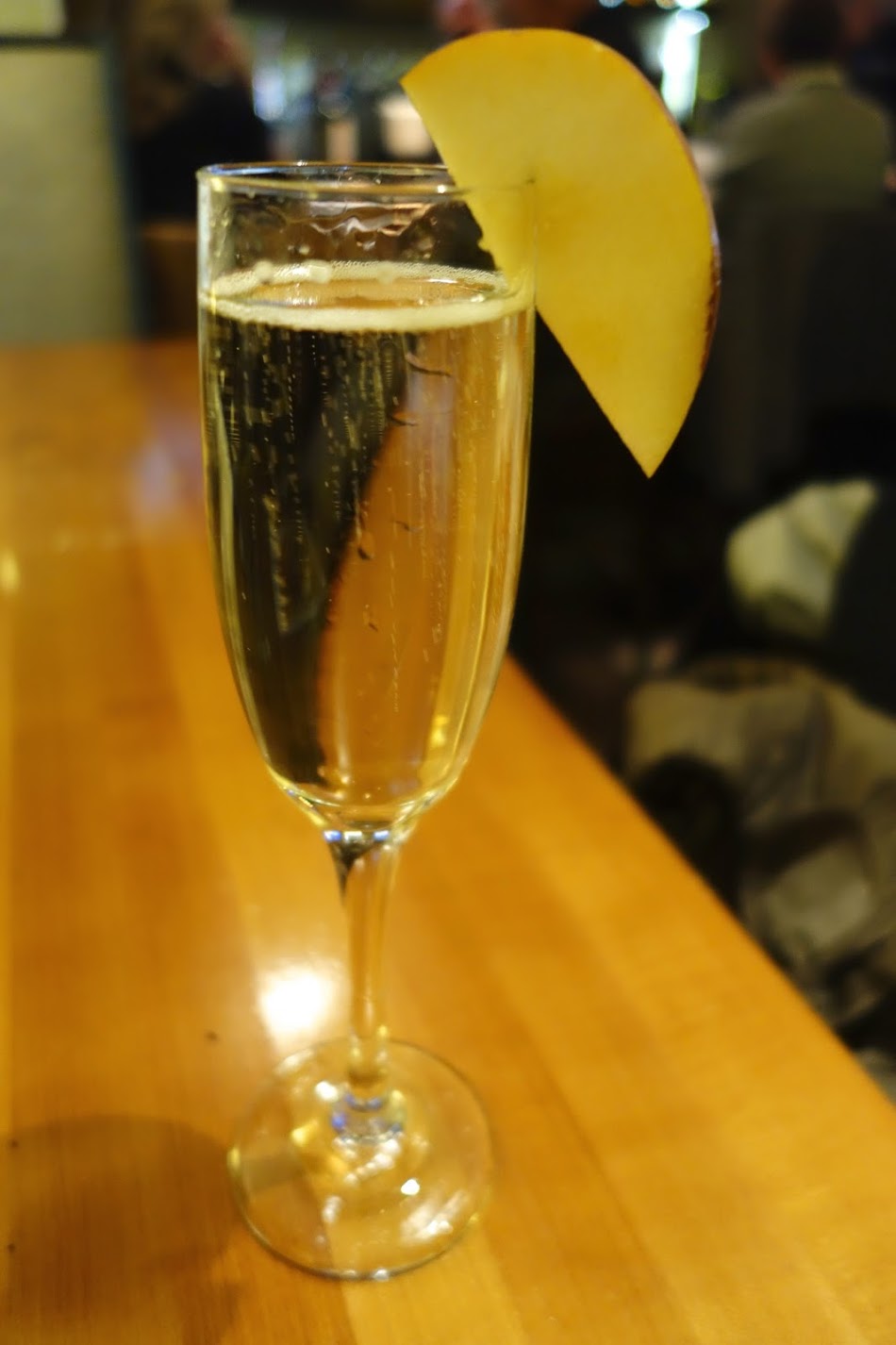 I took a swig from her flute and the drink mostly tasted of the Elderflower.

For my drink, I selected the Sicilian Sipper, which was Aviation Gin, Villa Massa Limoncello, tonic and fresh lemon. 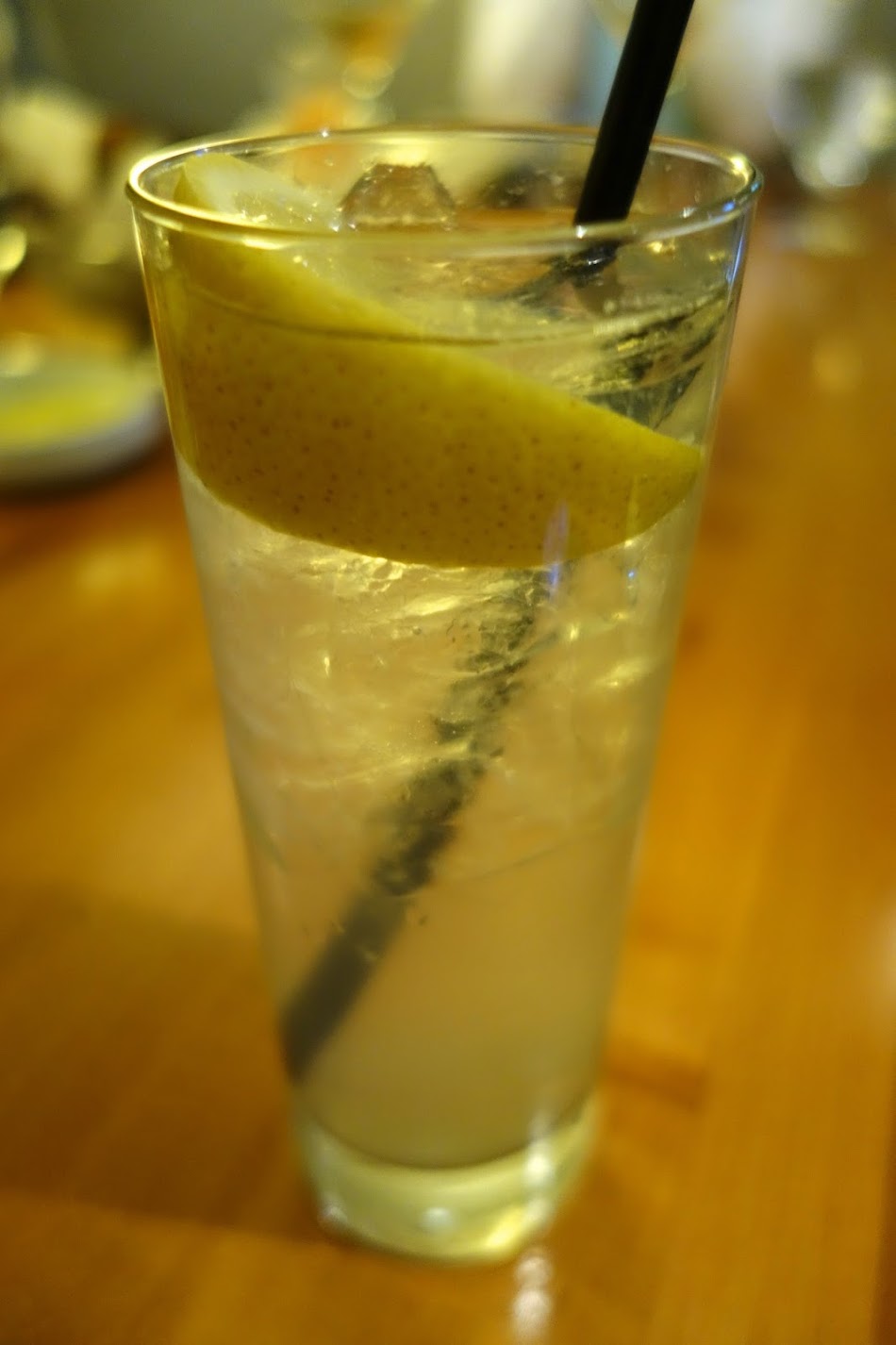 I completely understand why they called it a Sipper, because it is so easy to sip (and make it disappear!). It has a simple lemon taste, sort of like a lightly spiked lemonade.

Once everyone had a cocktail in hand, our waitress brought over a basket of bread with oil for dipping. The bread and oil combo reminded me of the bread you get at Not Your Average Joe's. 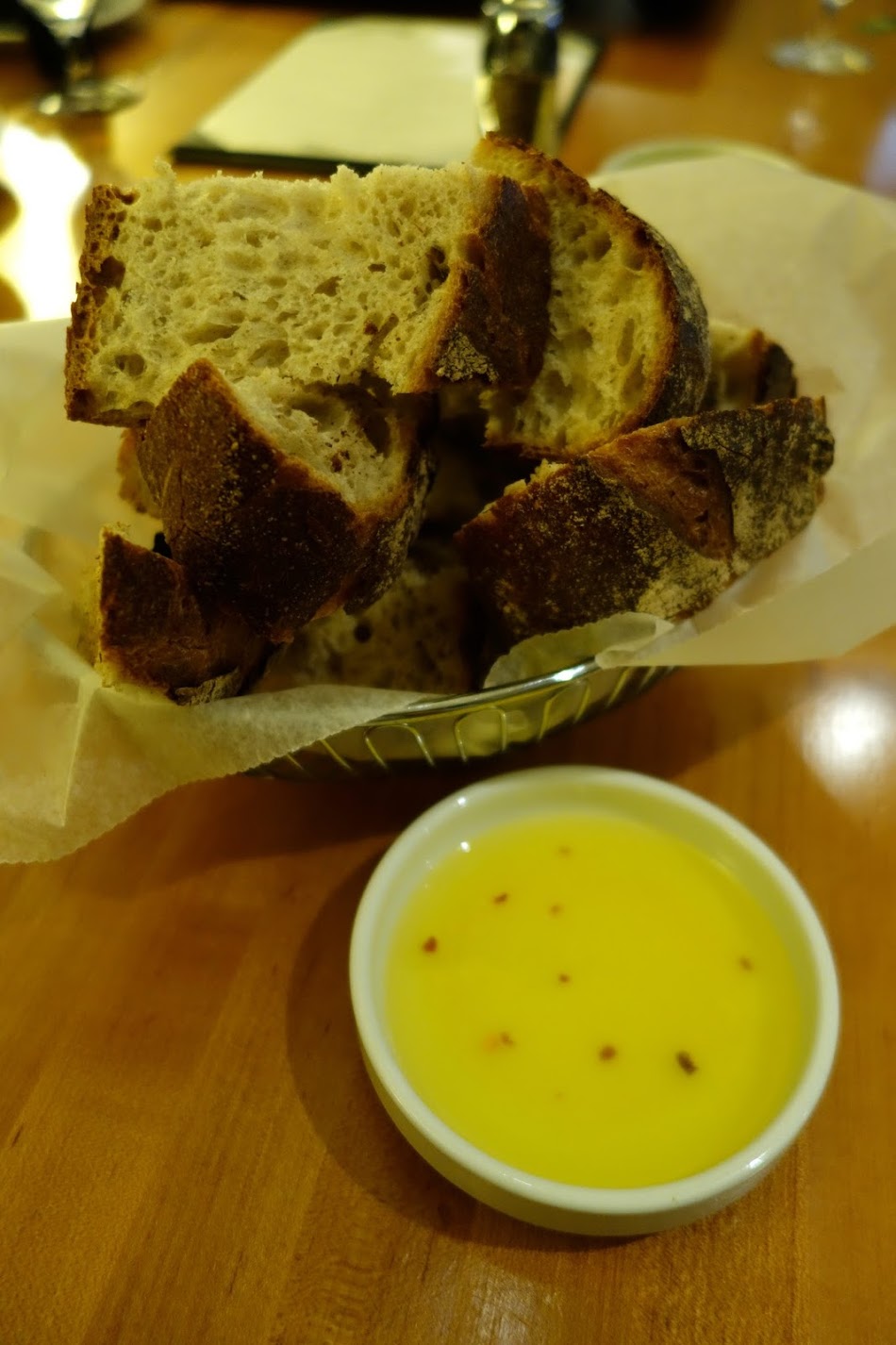 This bread had a crunchy crust and a doughy center (just the way I like it) and the oil was tasty.

For a starter, the girls shared the crispy fried calamari, which smelled heavenly when it arrived to the table. It was an enormous portion. 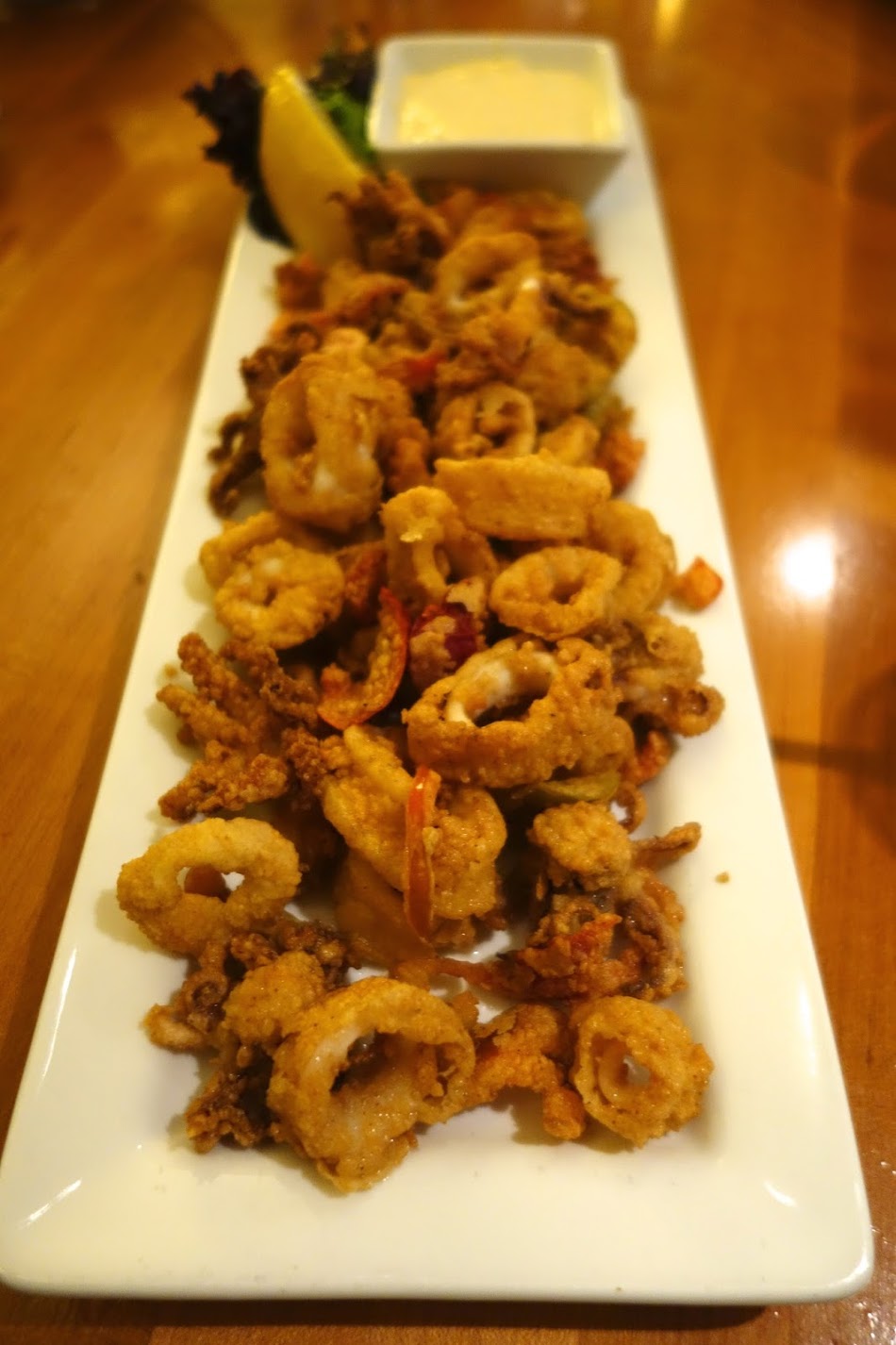 Right away my eyes zeroed in on the pieces with tentacles. I've been a vegetarian for 18 years and few things freak me out, but tentacles are one of them. 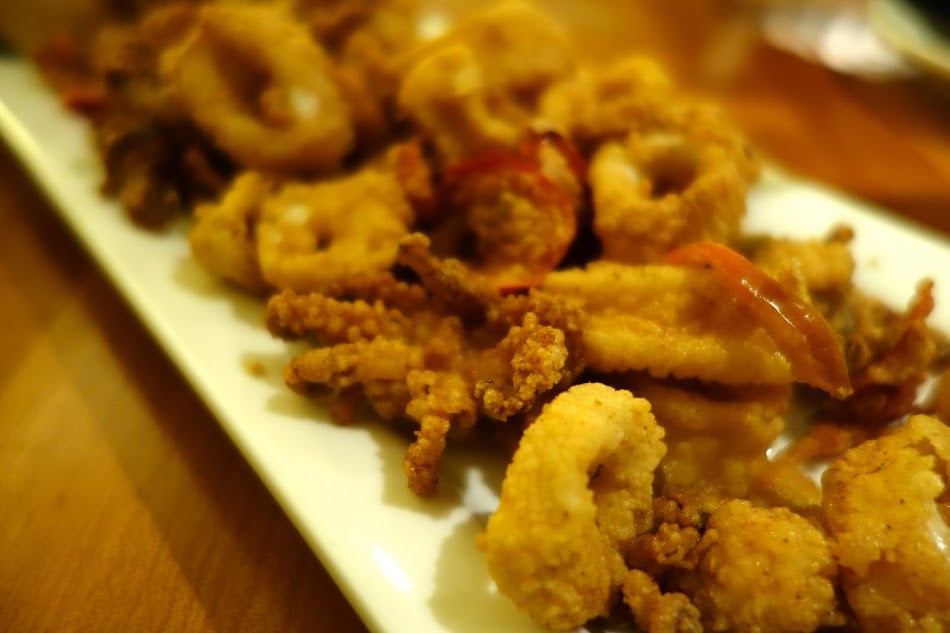 After several bites, I asked what they thought of the dish. One friend said, "It's not the best calamari I've ever had." Another chimed in, "I wanted it to be crispier and less oily." A third added, "I did love that they fried the hot peppers too. However, I wanted some heat from the aioli, but it was nothing special."

Also during the starter round, two of the girls ordered the soup special which was cream of pickle soup. I'd never heard of such a thing! 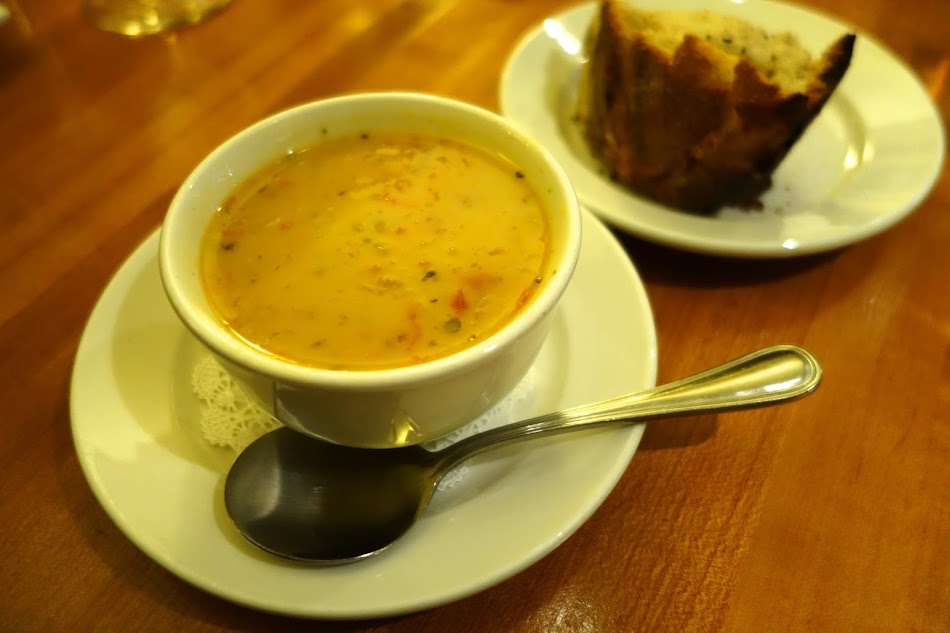 When it arrived, I was so curious that I had to have a spoonful. It was shockingly yummy! It had a rich vegetable flavor, almost like a Minestrone. It was really fantastic when you dunked in a piece of the crusty bread.

In the entree round, the friend sitting to my left ordered the roasted beet salad which came with candied walnuts, orange slices, warm goat cheese and mixed greens, dressed in a cranberry vinaigrette. 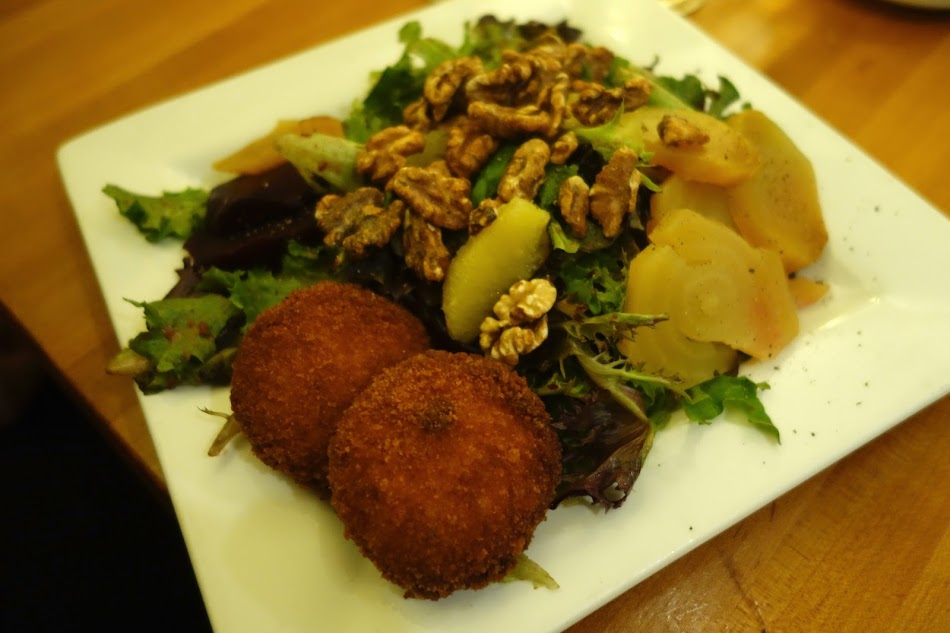 After several forkfuls, I asked for her comments. She replied, "I wanted the goat cheese to be warm. The candied walnuts tasted just ok, they actually tasted toasted, not candied. I did like the burst of citrus from the orange, but overall, I wouldn't order it again."

Next to her, a friend was enjoying the wild boar. This dish is actually an appetizer. The boar is slow-braised in Chianti and served over parmesan gnocchi. 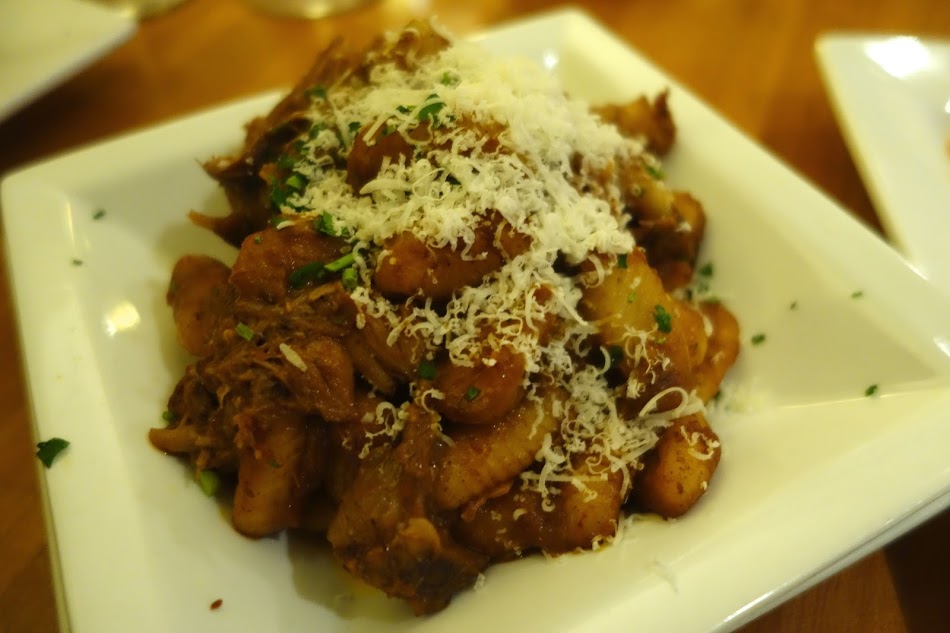 She explained to me, "This dish was actually quite large for an appetizer. It was very tasty, but I normally like my pasta dishes on the more savory side. This had a strong nutmeg flavor, which made it feel more like a sweet, Christmas time dish." 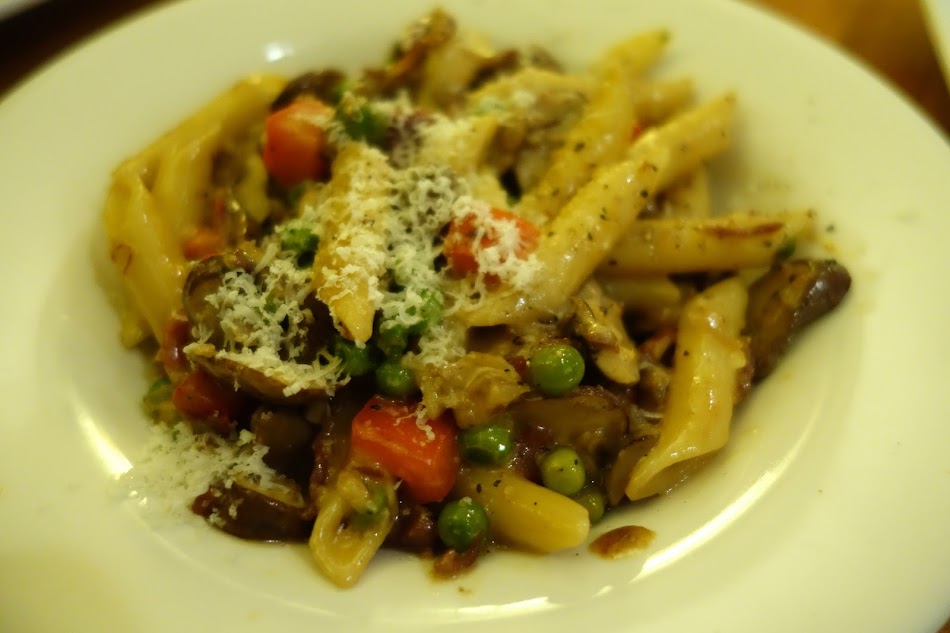 She said, "This dish had a really nice combination of flavors. The cream sauce wasn't too heavy and the portion size was perfect."

At the far end of the table, a friend ordered one of the evening's specials, mushroom orecchiette. The pasta and 'shrooms were tossed with parmesan, garlic, parsley and white truffle oil. 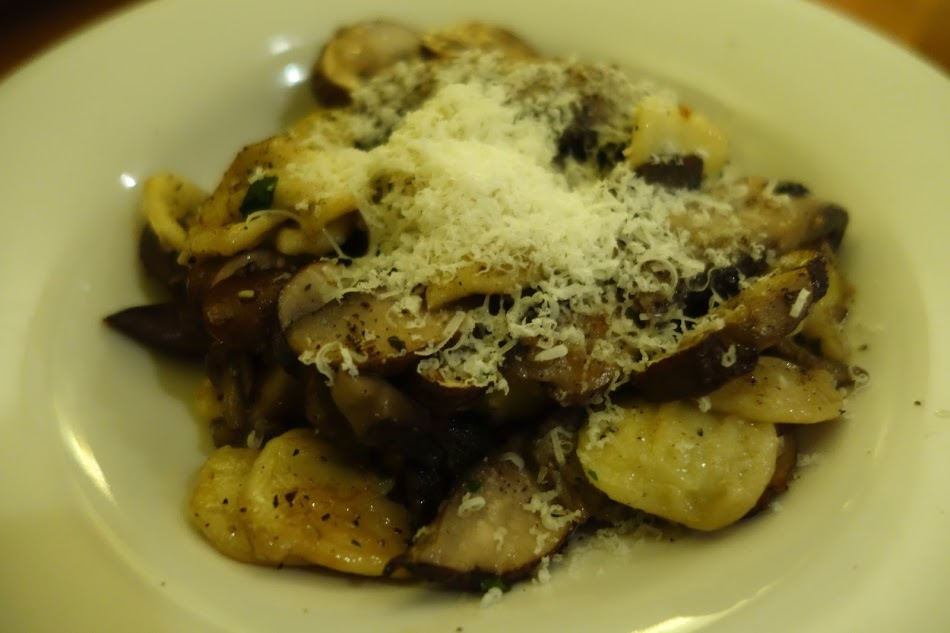 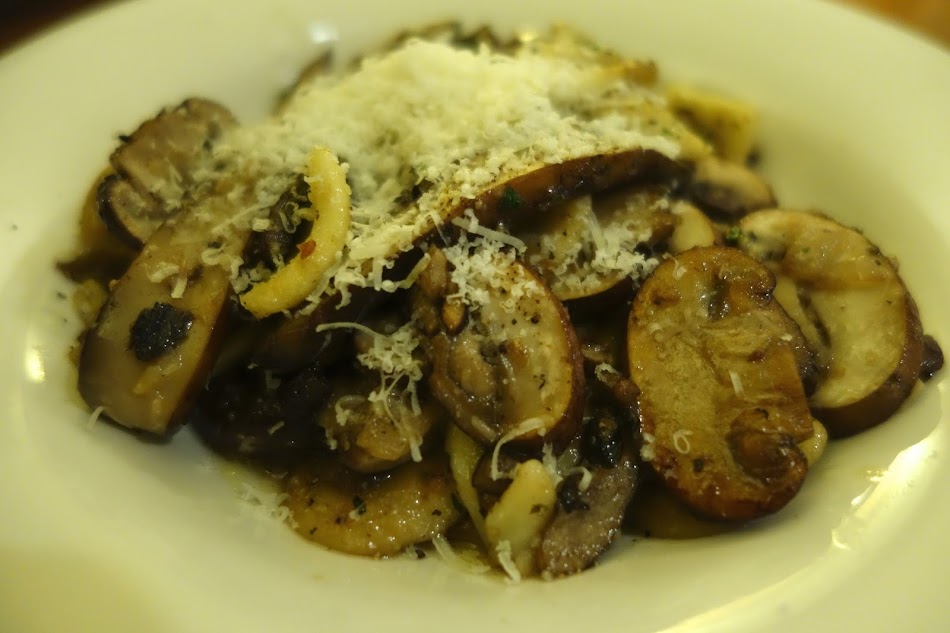 Look at the size of those mushrooms! Towards the end of the meal I asked how she liked her dish and she confessed, "I wish there had been more pasta. It's all mushroom. It also felt too oily, like the calamari."

For my entree, I went with something simple - eggplant parmesan. I hardly ever order eggplant parm in restaurants because it always feels too heavy. Tavolino's version was surprisingly light and the eggplant was awesome. It had just the right amount of breading, you could still really taste the eggplant and the ratio of eggplant to sauce to cheese was excellent. The spaghetti underneath was nothing special, but I was really more concerned with the eggplant. 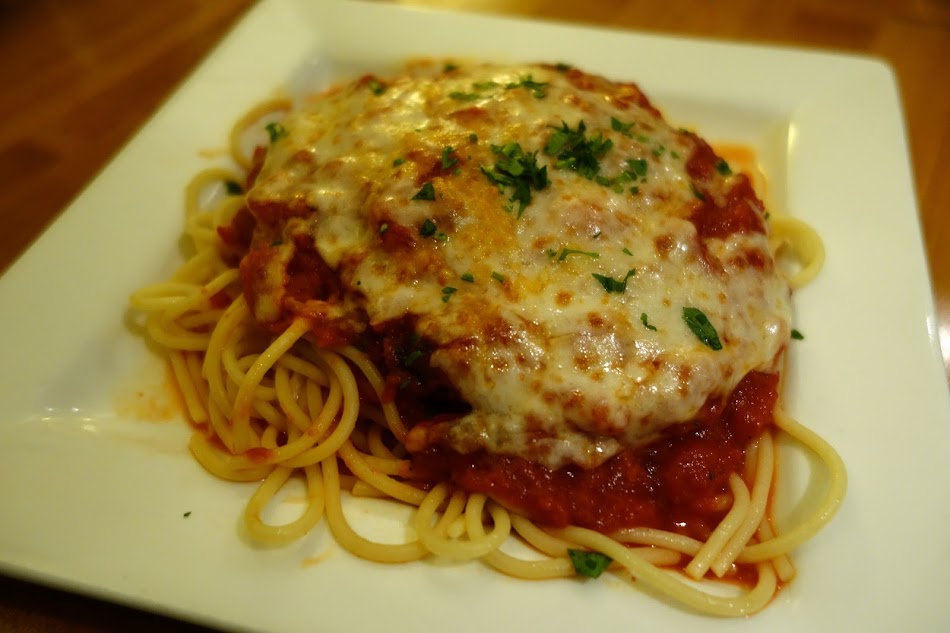 With the entree plates cleared, our waitress asked if we'd be interested in any dessert. Though I am confident their dessert offerings would be delicious, we knew we had homemade apple crisp waiting for us back at the house, so we passed.

I really do love Tavolino. This was my third time dining there and the whole experience is always top notch - the ambience, the service, the cocktails and the food. Every now and then you get a dish that doesn't match the rest, but that's common.

Have you ever been to Tavolino? Do you have a favorite, go-to dish?

What a fantabulous post this has been. Never seen this kind of useful post. I am grateful to you and expect more number of posts like these. Thank you very much. download dominoqq online

I found your this post while searching for some related information on blog search...Its a good post..keep posting and update the information Oahu realtor

Thanks for sharing the post.. parents are worlds best person in each lives of individual..they need or must succeed to sustain needs of the family. kerja dari rumah

This is really a nice and informative, containing all information and also has a great impact on the new technology. Thanks for sharing it, Hotpads rent deposit

Love what you're doing here guys, keep it up!.. officegym 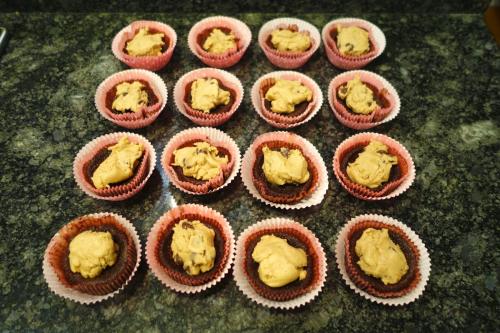 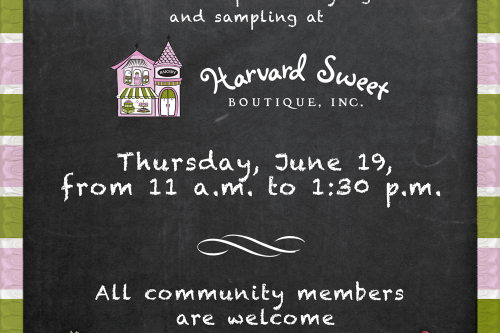 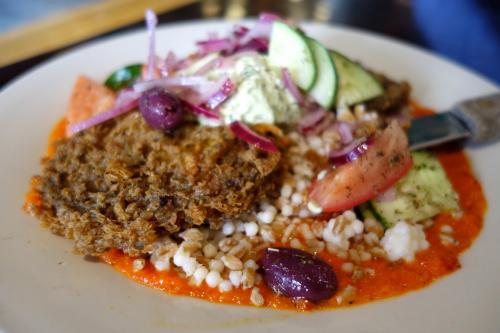 I hope you enjoyed yesterday's post about New City Microcreamery in Hudson, MA. I think I've re-read the post about 15 times and I get excited all over again every time. As I mentioned yesterday, New City Microcreamery was actually the second venture for co-owners Karim El-Gamal and Michael Kasseris. Their first baby, also in Hudson, is called Rail Trail Flatbread Co.