When I was house hunting a few years ago and finally decided to move to Watertown, the couple that owned my place said the best thing about living in this neighborhood is the proximity to Rancatore's. I had no idea what that was and sheepishly admitted it. In unison they shrieked, "What? How is it possible you've never been there?" Apparently it's an amazing ice cream place.

Rancatore's, Ranc's for short, has three locations: Belmont, Lexington and Newtonville. The Newton location is the newest and opened right next to Rox Diner on Walnut Street. 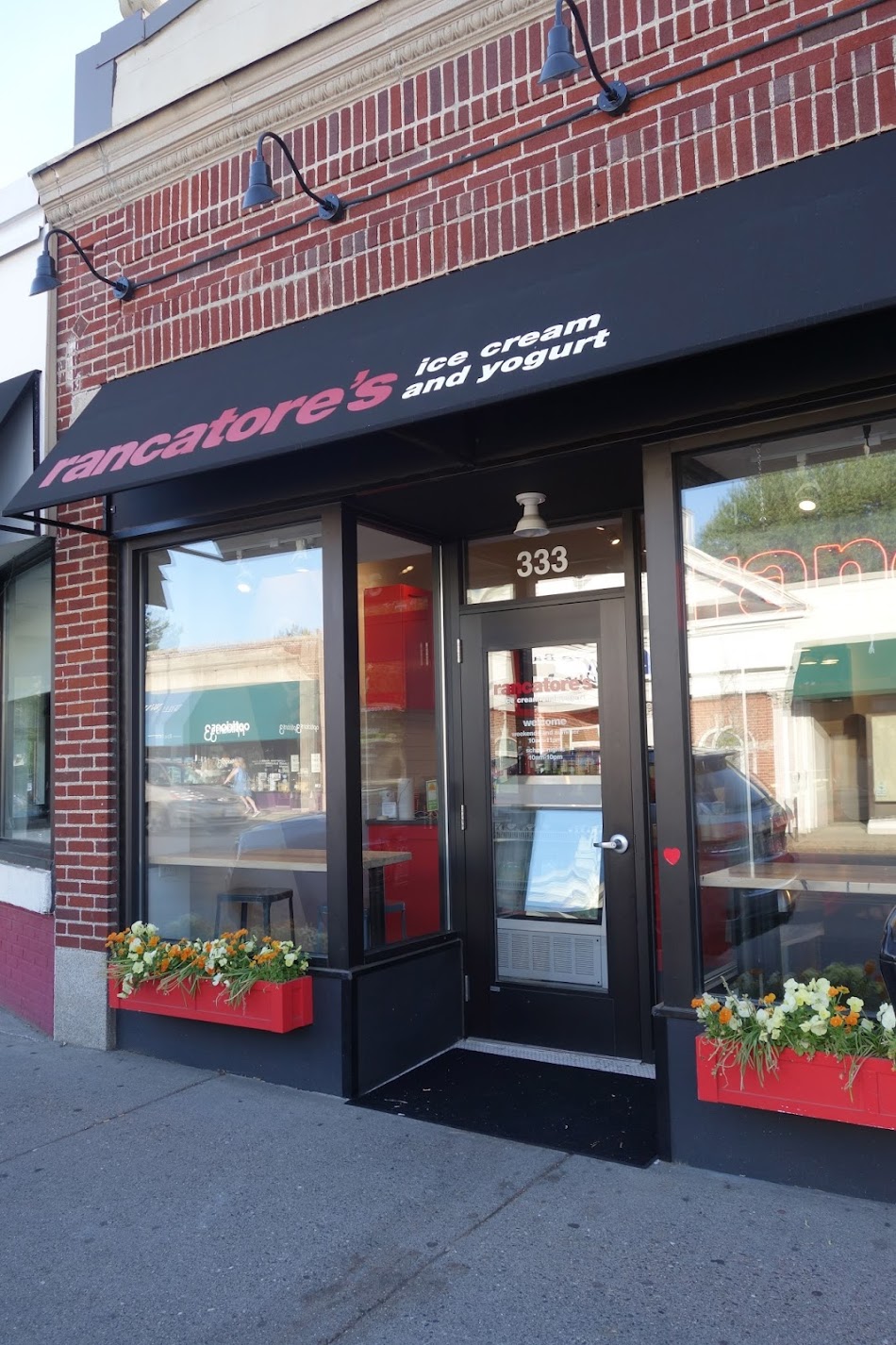 The shop's nickname glows brightly from the front window. 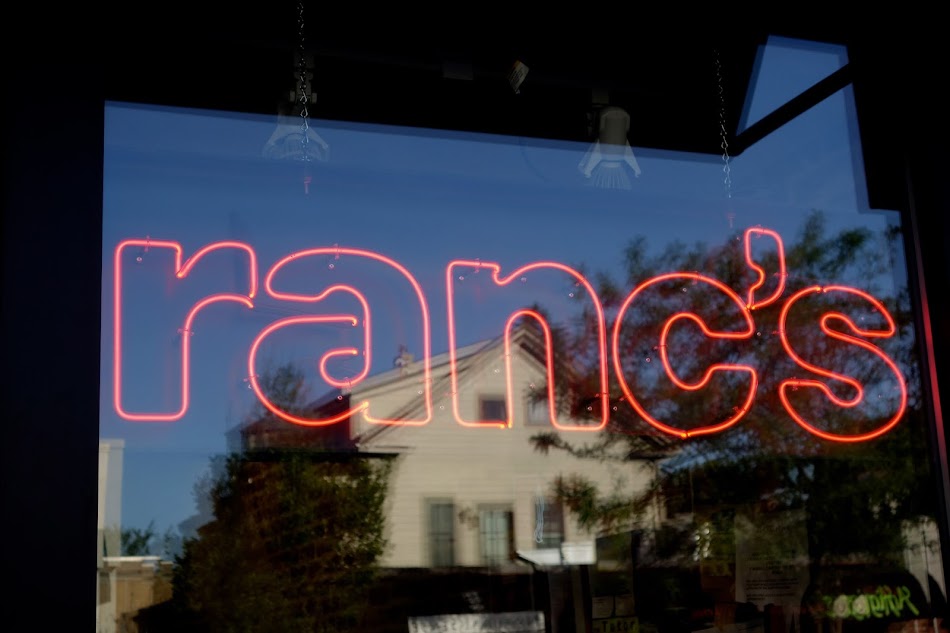 Inside, every sign and display is scribbled in marker by the bevy of high school students behind the counter. My eyes were immediately drawn to this parade of cones. 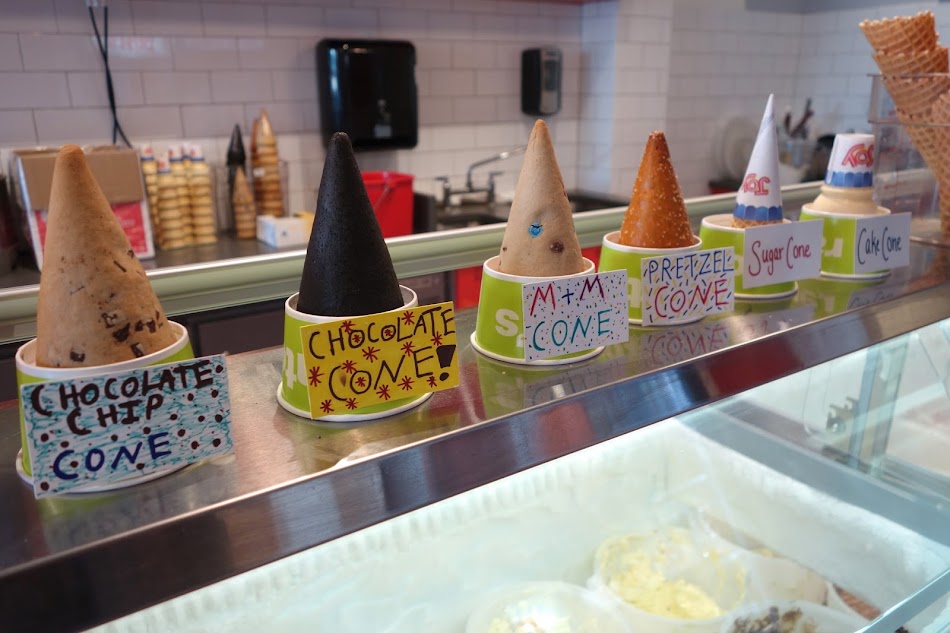 Ranc's showcases their toppings the way my childhood favorite did, Steve's Ice Cream, also in Newtonville. 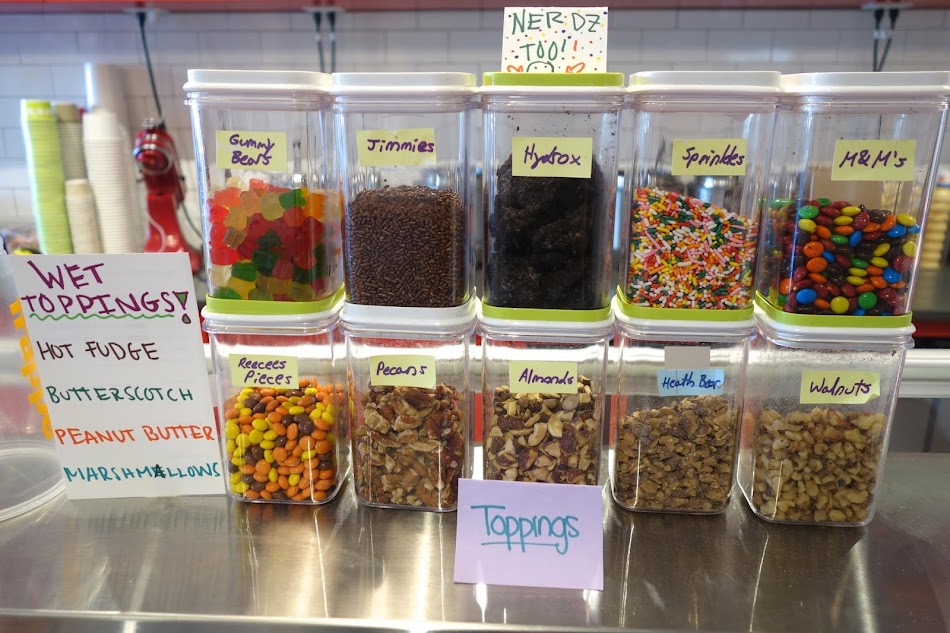 Every display has cartoonish scribbles, even the spoon and straw buckets. 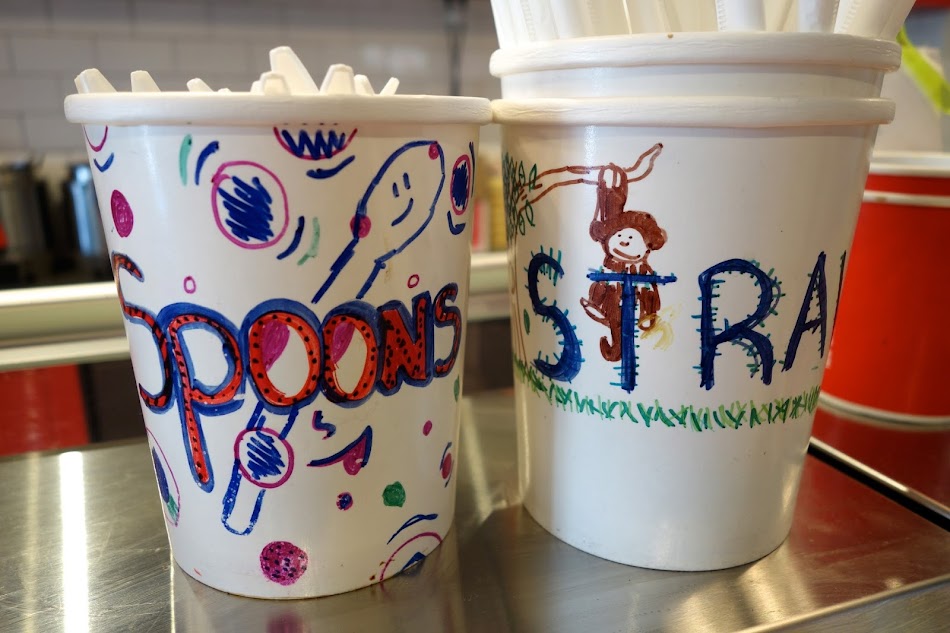 Once you've ordered, you can enjoy your frozen treat at the counter along Ranc's exposed brick wall. 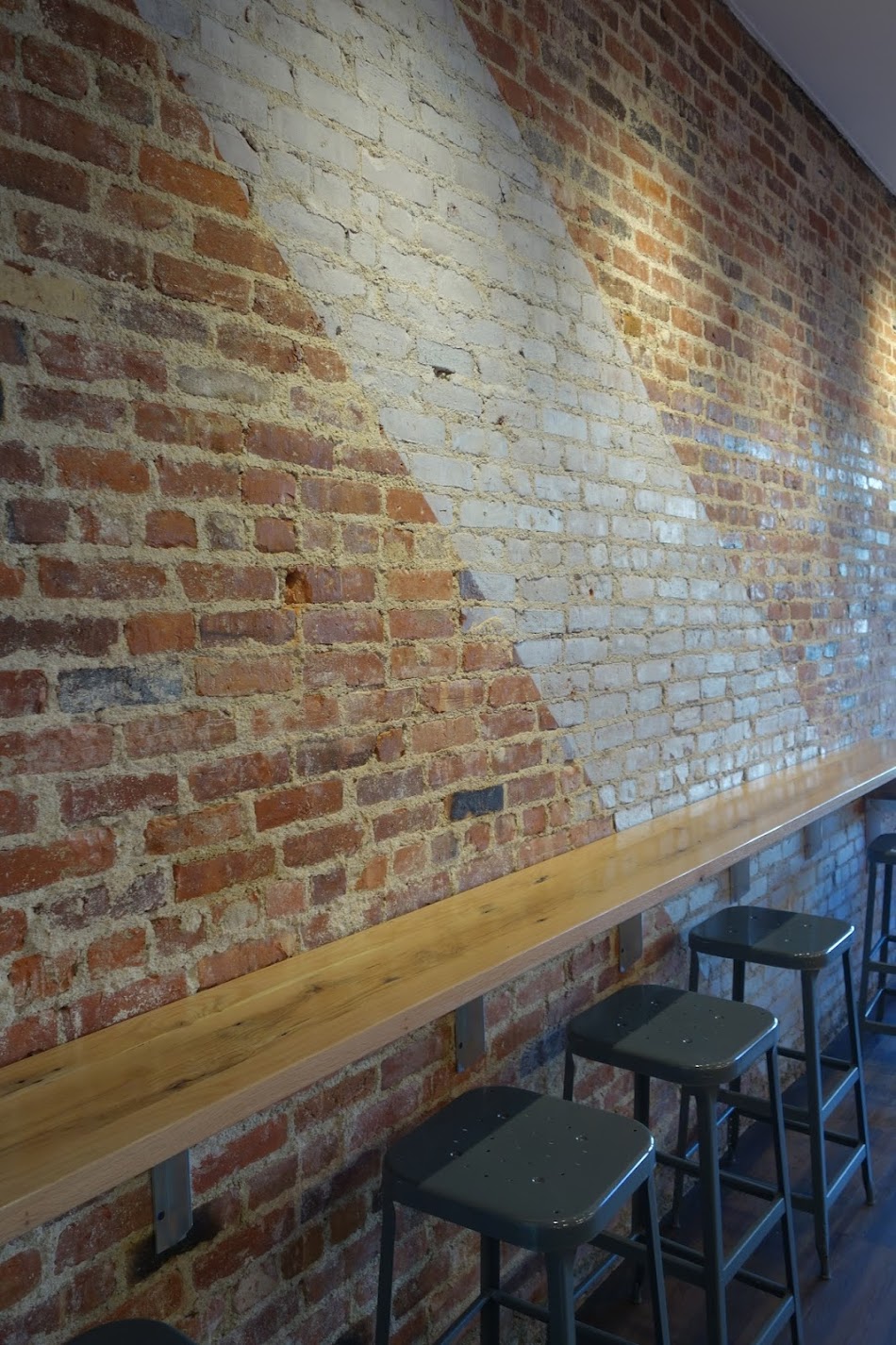 The night I went, I had two friends with me. We had just feasted at Cook down the street. The three high school kids behind the counter were very generous and allowed us to taste several flavors.

I went with two scoops - one coffee and one called Cocoa Joel, which is a mix of milk chocolate and bittersweet chocolate ice creams, swirled with Oreos. Both flavors were extra creamy and mixed together created a cappuccino crunch-like super flavor. 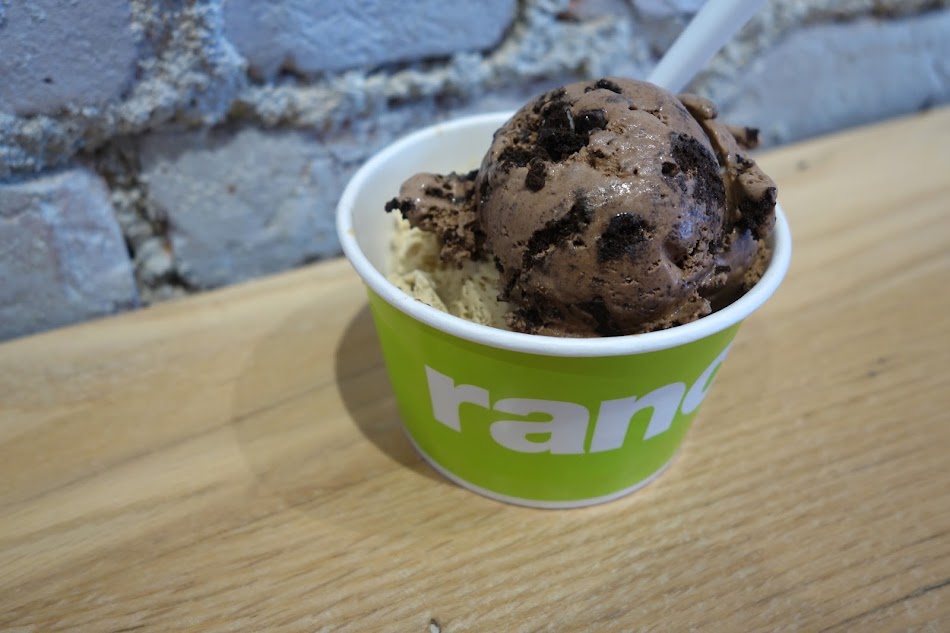 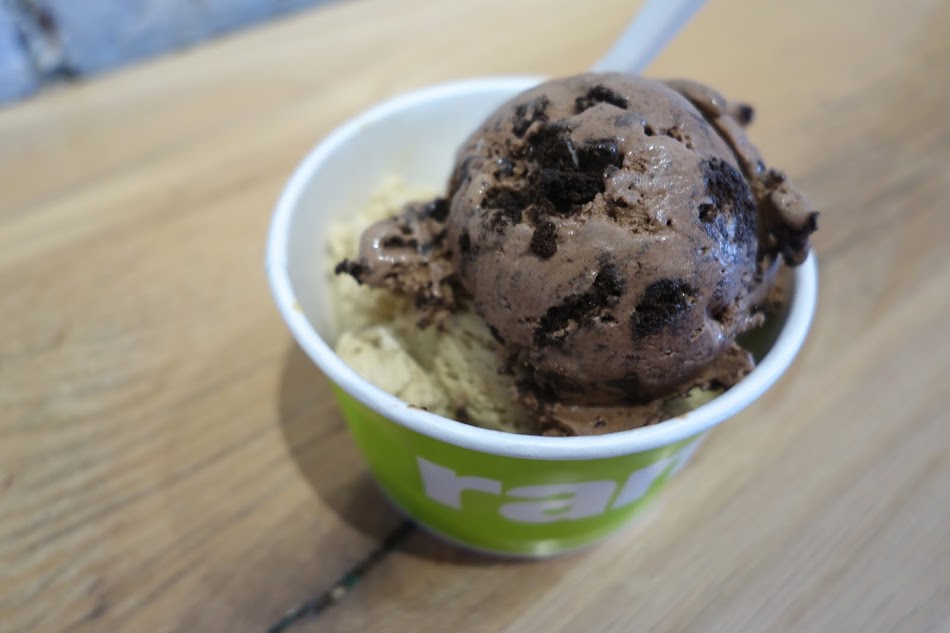 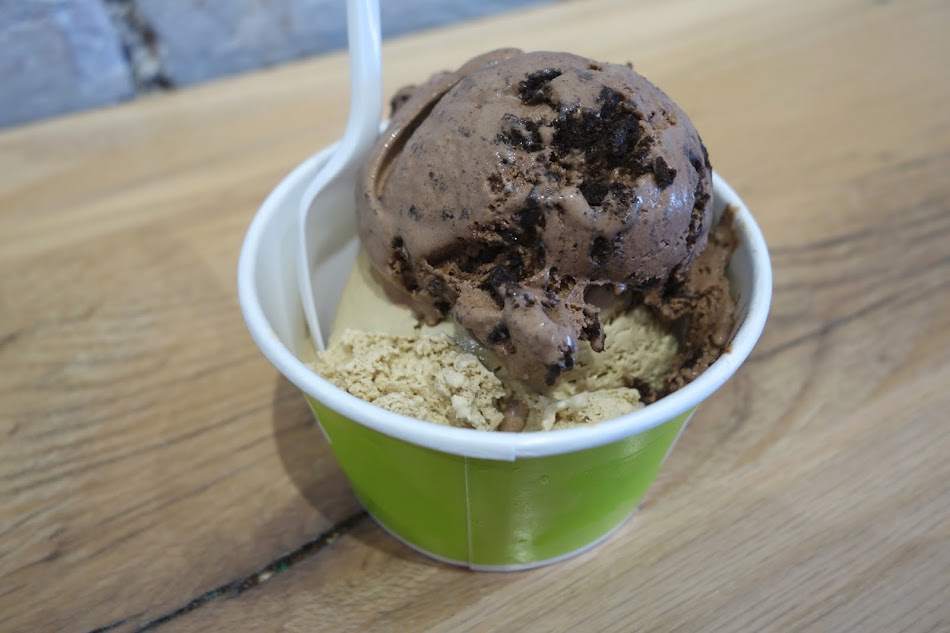 One of my friends went with peanut butter Oreo ice cream in a chocolate cone. How good does that look? 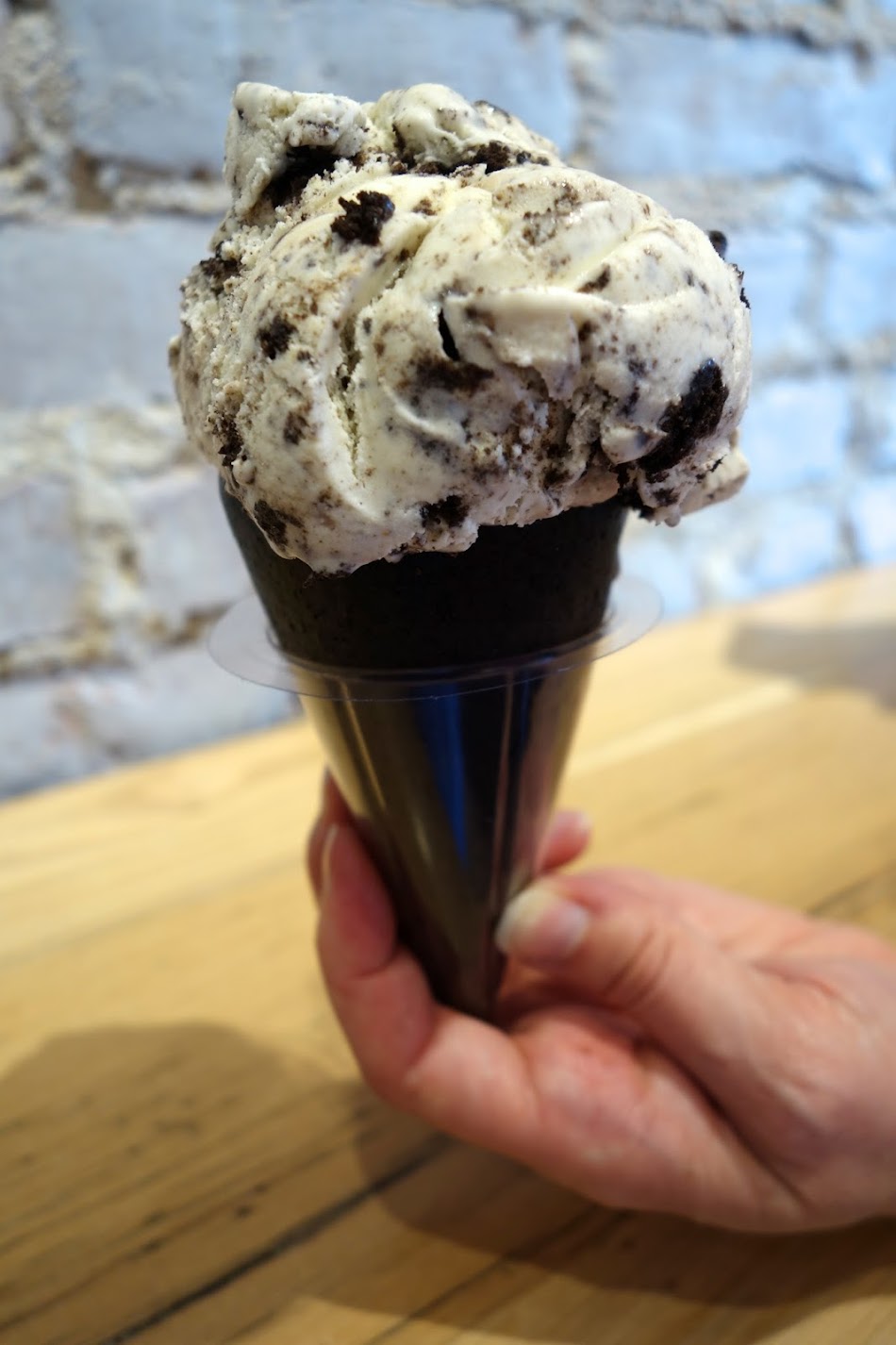 After a few licks she said, "I love Oreo mixed with anything, but I'd never had it mixed with peanut butter and that was a delightful combination. The chocolate cookie cone with totally unnecessary, but a delicious addition."

Our third musketeer ordered a Brown Cow, which is a root beer float blended into a frappe. Who knew such a thing even existed? 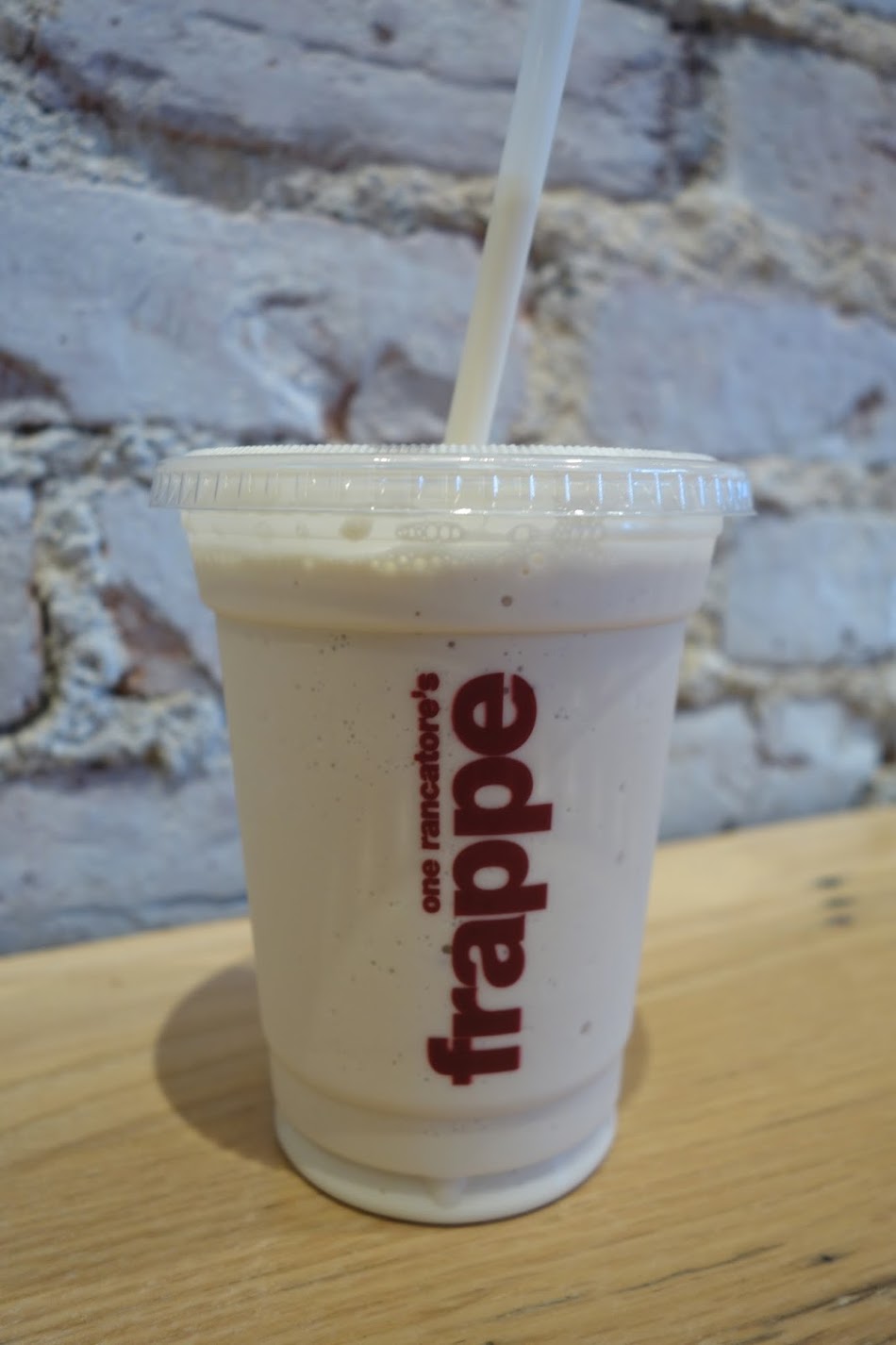 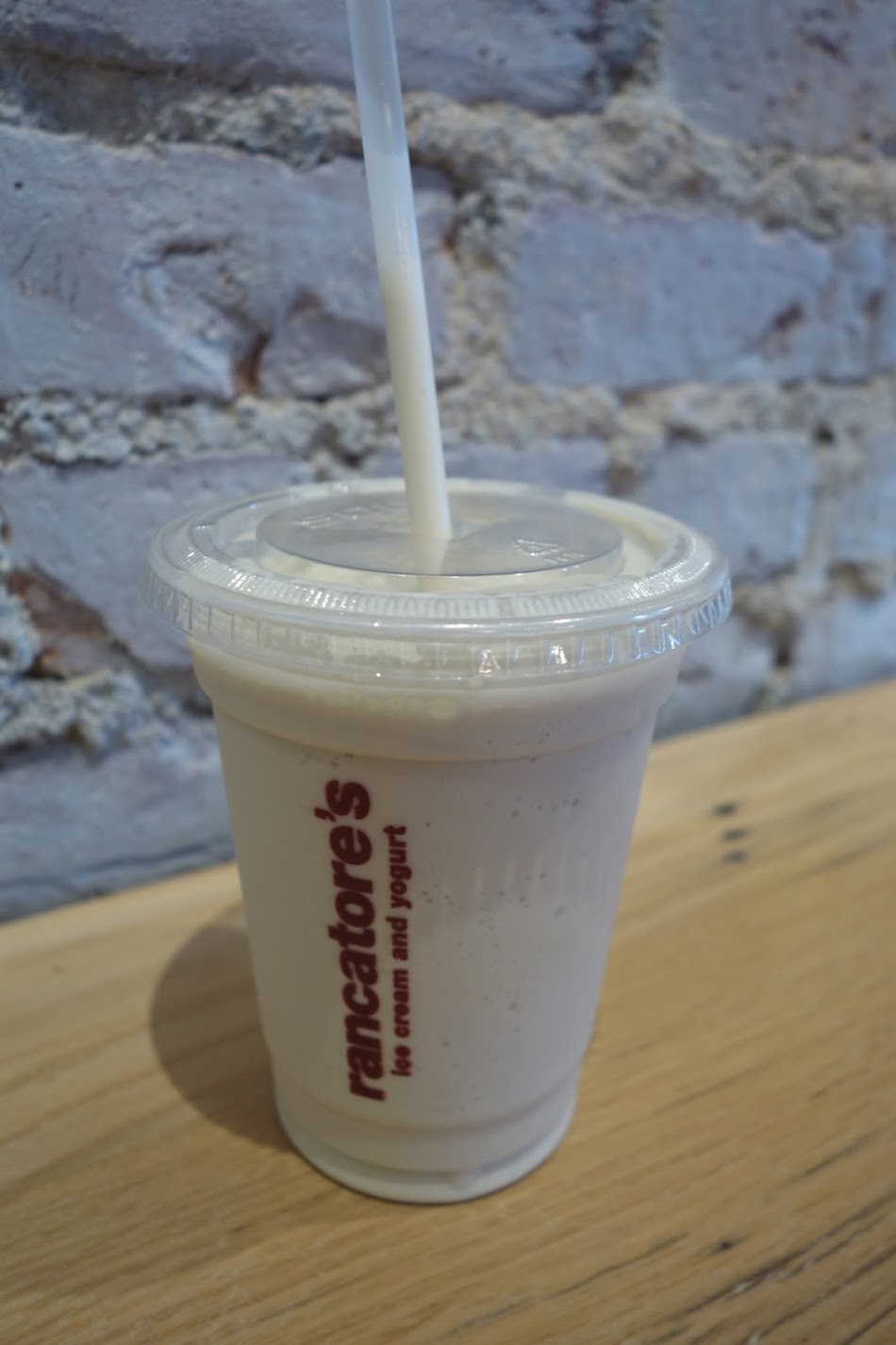 After one sip, she explained, "It's fizzy, refreshing and has just the right ratio of vanilla bean ice cream to root beer. One of the things I love about Ranc's is that they offer frappe sizes! I can get a small or a large, and after just finishing that dinner, I really could only handle the small."

One of the coolest things about Ranc's is that their website updates the current flavors at each of their three locations in real-time. So if you know you want a specific flavor, you can check before you head that way. Genius!

Are you a Ranc's devotee? What your go-to flavor? 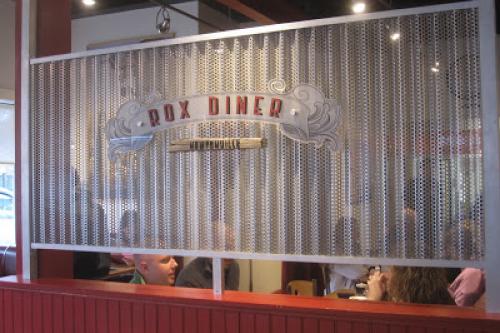 When I was in high school the restaurant at the corner of Walnut Street and Highland Avenue in Newtonville was a KFC/Taco Bell. If you ask anyone who went to Newton North High School, they will remember it fondly as a place they spent free periods or loitered outside of after school. In the past year that nostalgic KFC/Taco Bell has been transformed into a restaurant called Rox Diner. 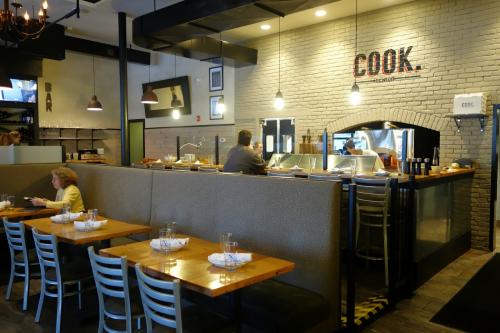 Once a month I have dinner with a group of friends and each time we go out, we try to choose a restaurant none of us have been to yet. We used to meet on Fridays and so we called our gatherings Foodie Friday, but now that we're getting old, we meet on Sundays at 5:00pm. True story. For our most recent dinner, we went to Cook in Newtonville. This location is steps from my childhood home and over my lifetime it has been several different spots, most recently, Lam's, a Vietnamese place. 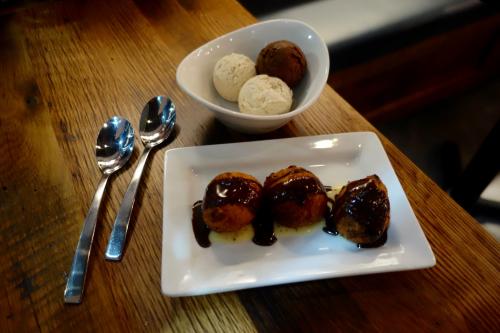 Olivia's Bistro is the newest restaurant in Nonantum, the neighborhood of Newton right on the border of Watertown. Enjoy classic Italian favorites, followed by some exceptionally delicious gelato.