I started a new job the first week of January, in a neighborhood that is relatively uncharted territory for me. My office is located in the heart of Kendall Square in Cambridge. Though I had already been to Abigail's, Area Four, Belly, Catalyst and Friendly Toast, there are so many other restaurants I'm itching to explore.

One of the places, just steps from my new HQ, is called Kika. 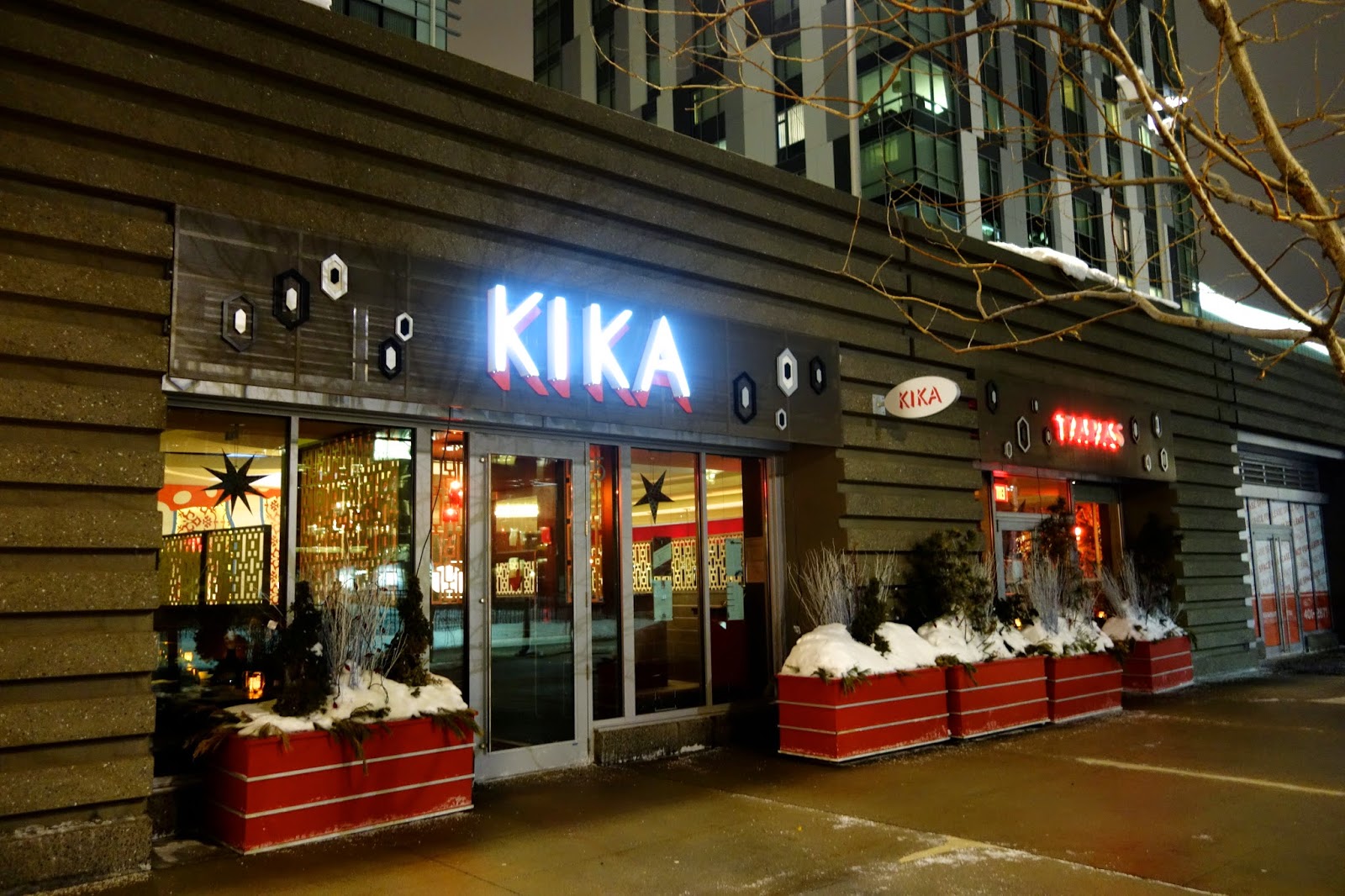 The restaurant is named after a Pedro Almodovar movie and it's the film that inspired the space's wild decor. 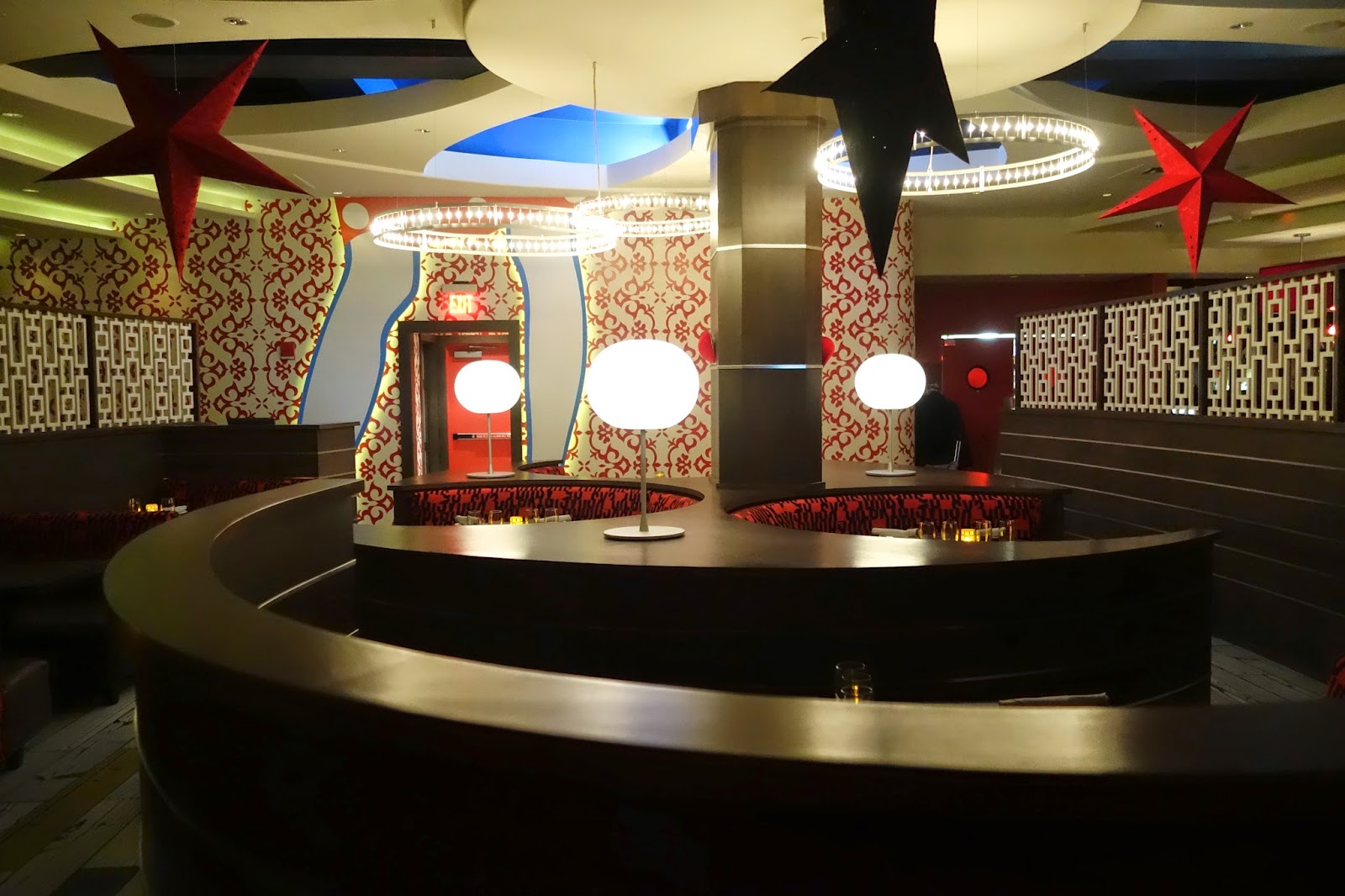 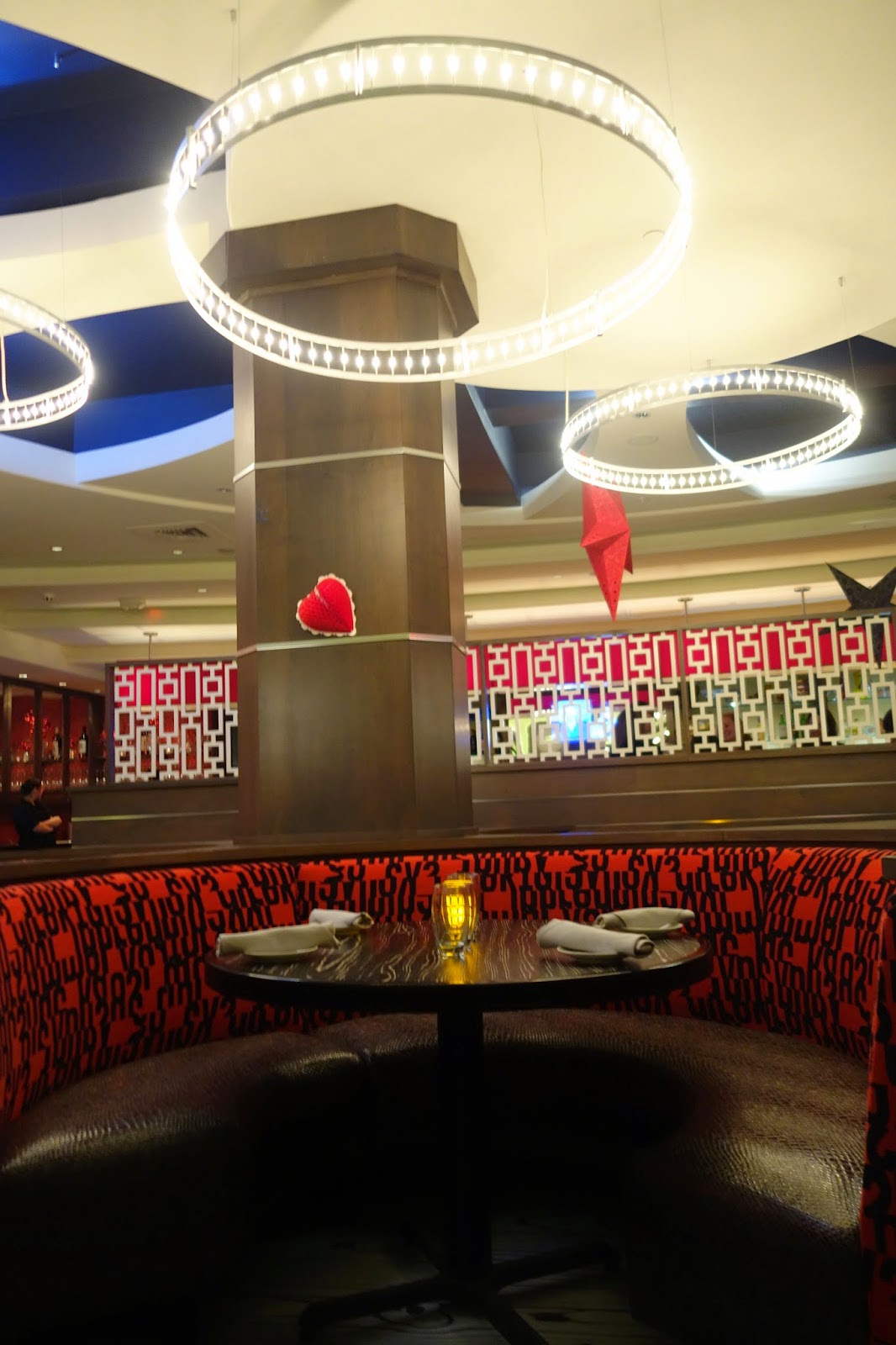 We were seated in one of the rows of booths that helps section off the dining room. 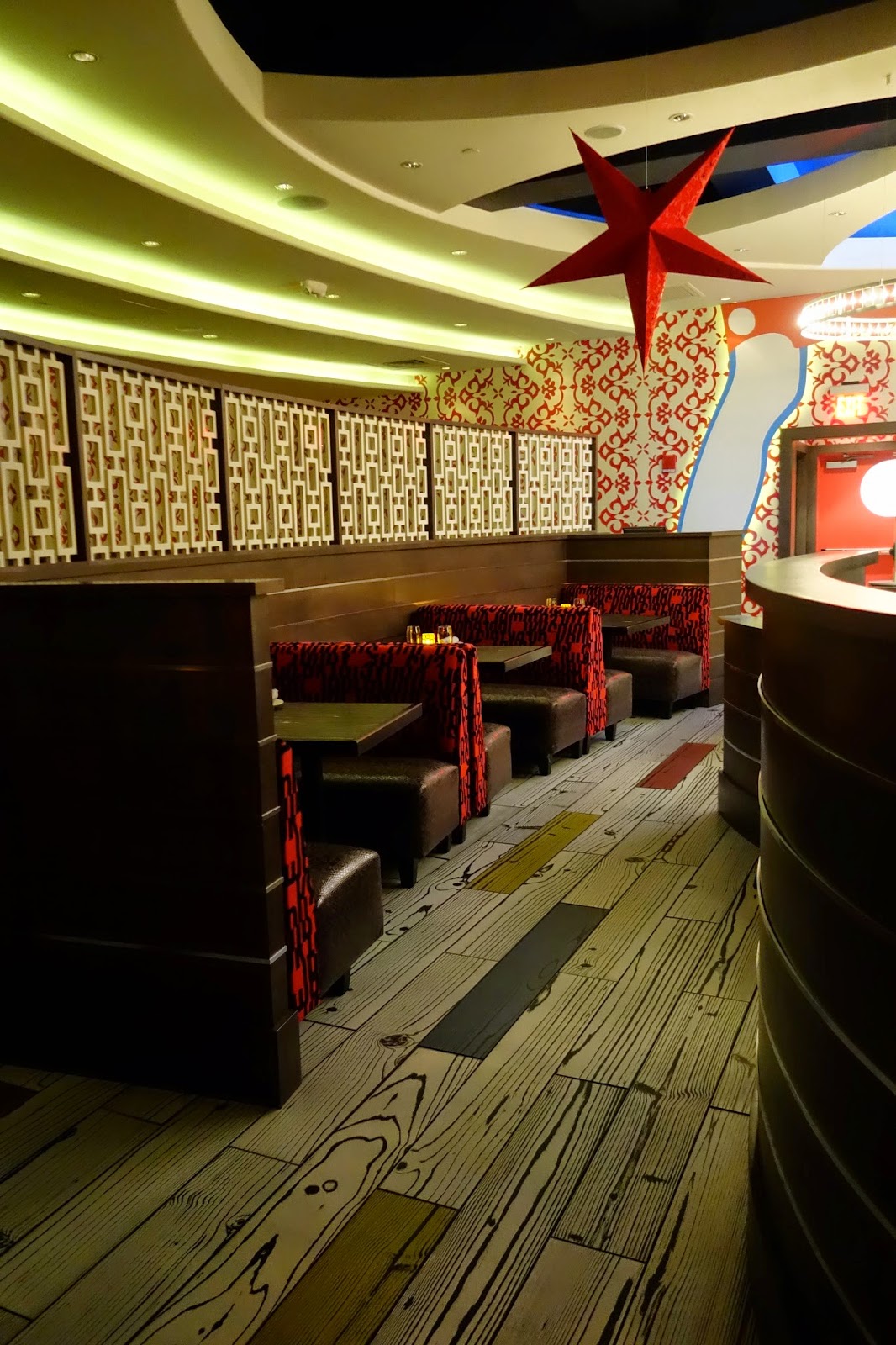 We were directly in front of the craziest restroom "sign" I have ever seen, this pair of women's legs! The hostess assured me this was directly related to the movie, though I can't imagine how. 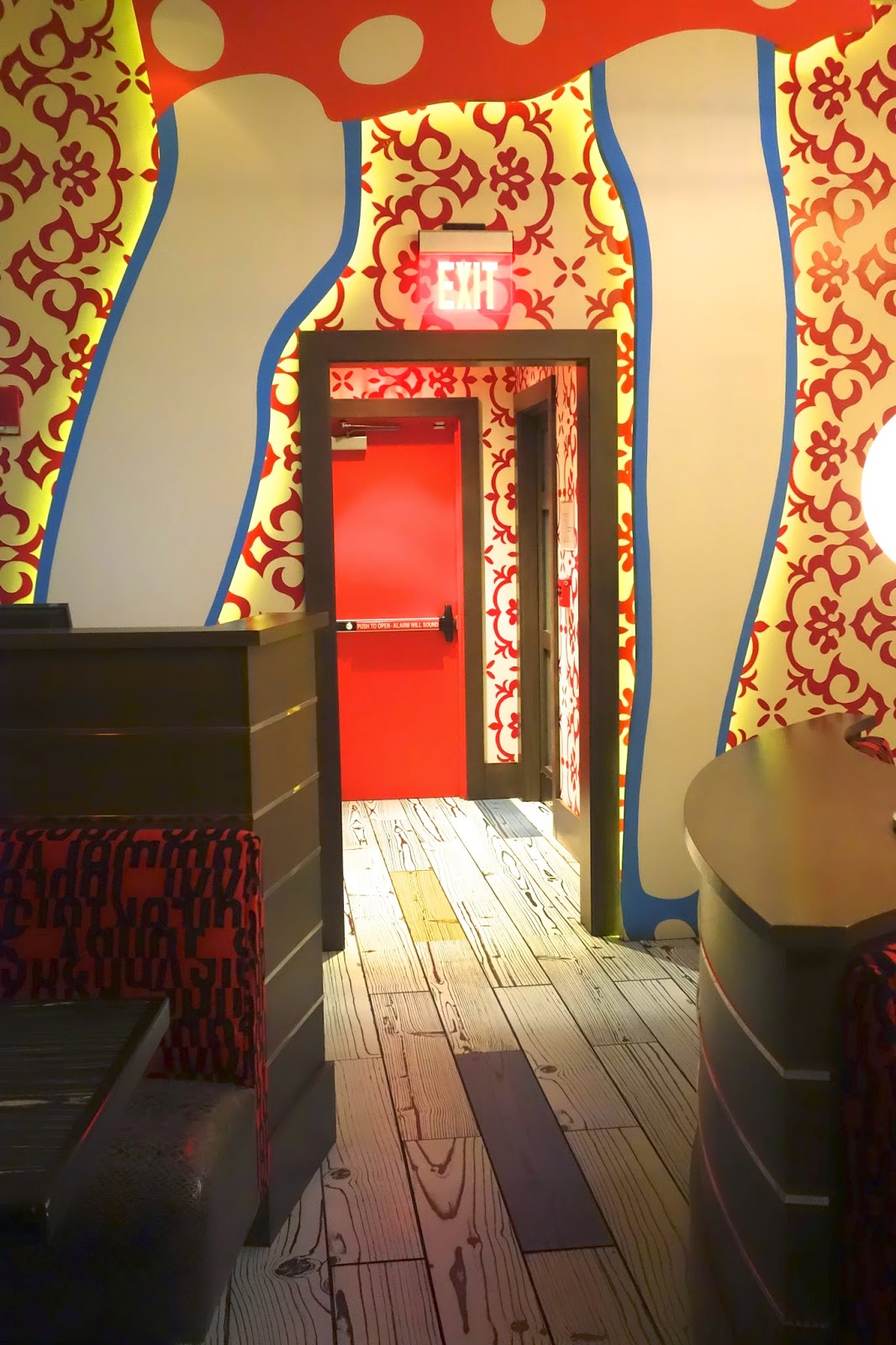 Within seconds of being seated, our warm and friendly waitress appeared to deliver us menus. This was the Tuesday after Valentine's Day and they were still offering their February 14th specials since the snow on V-day caused half of their reservations to cancel. 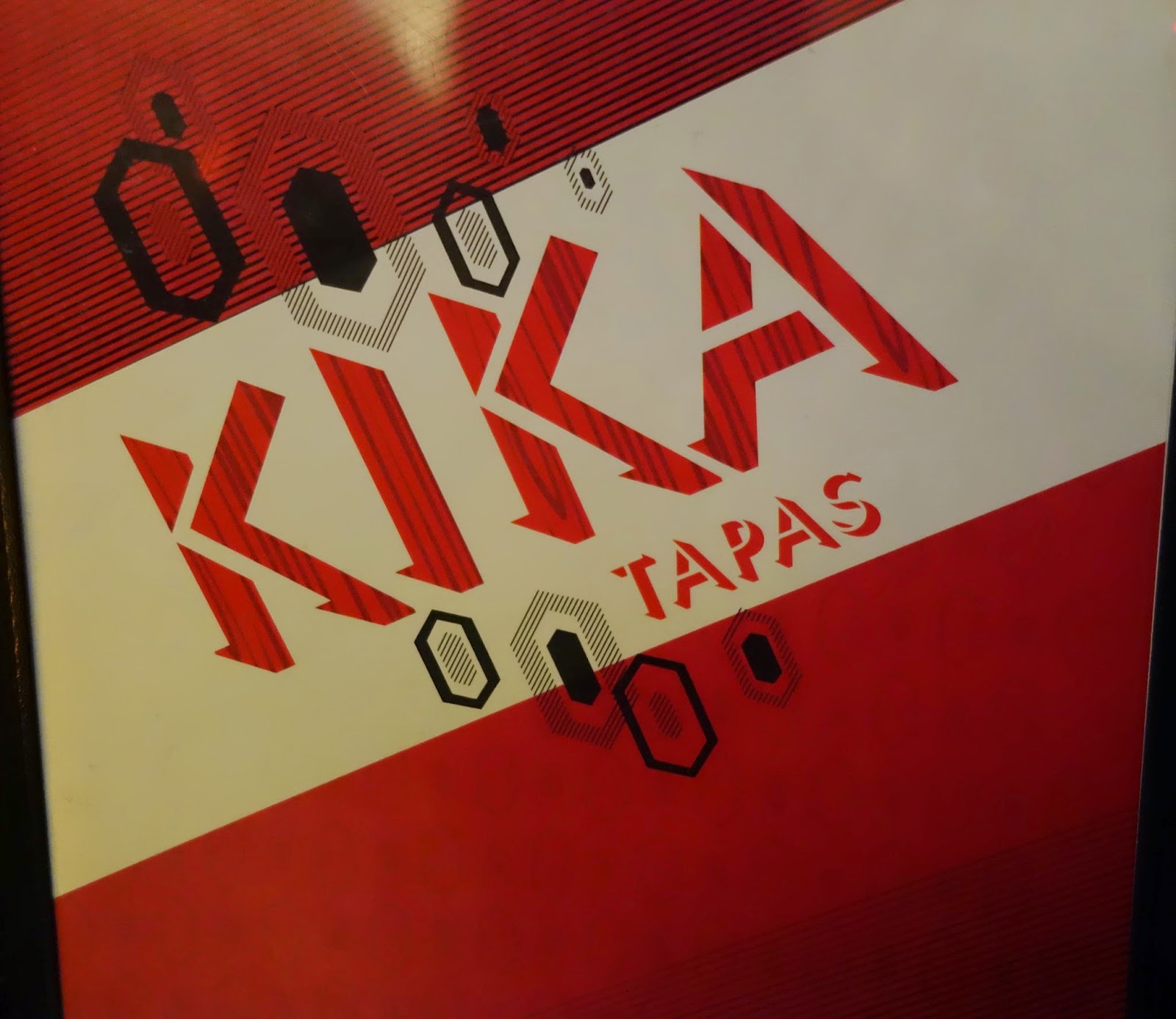 My dinner date was not drinking that night, but that didn't stop me from ordering the berry sangria which was berry infused simple syrup, cava, white wine and Gran Marnier. 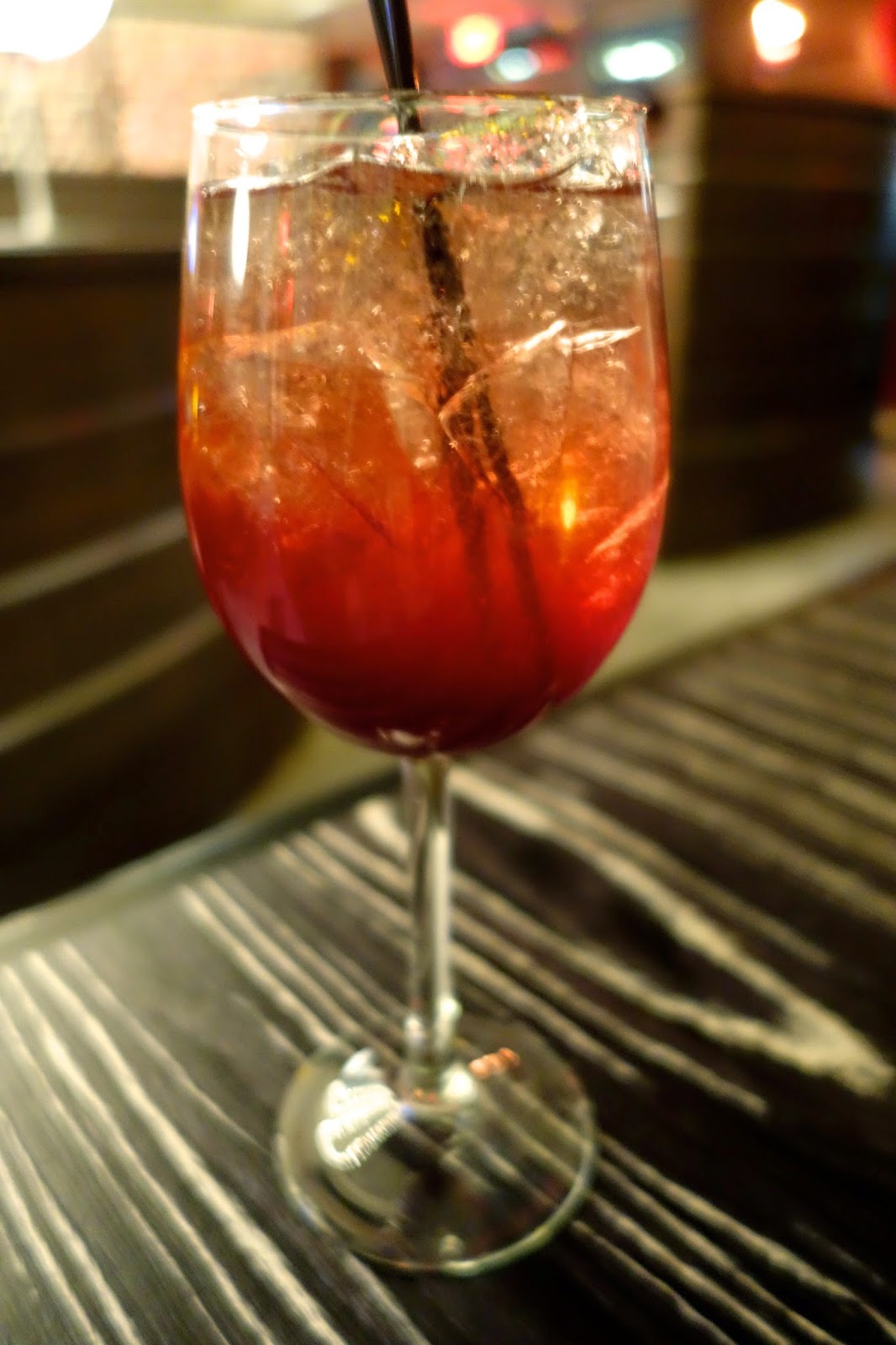 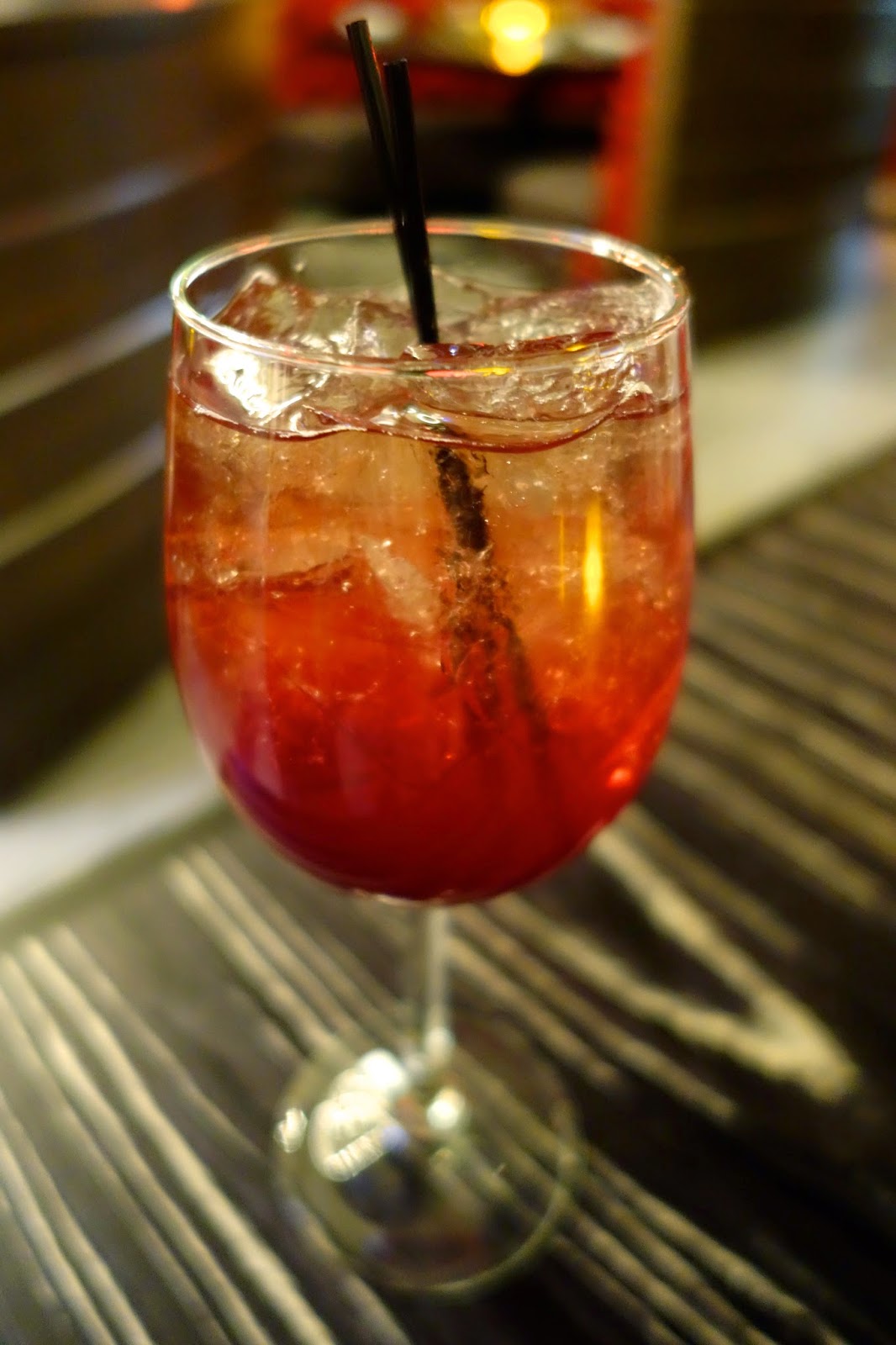 The drink tasted like a melted Jolly Rancher with a subtle touch of carbonation. It was a bit sweet, even for me.

Now, for our tapas choices, we struggled a bit. Everything looked so good and it felt impossible to narrow down our picks.

Thankfully, when our waitress recited the evening's specials, one of them stood out to us immediately. It was a spinach salad with green apples, blue cheese, pumpkin seeds and apple cider vinaigrette. 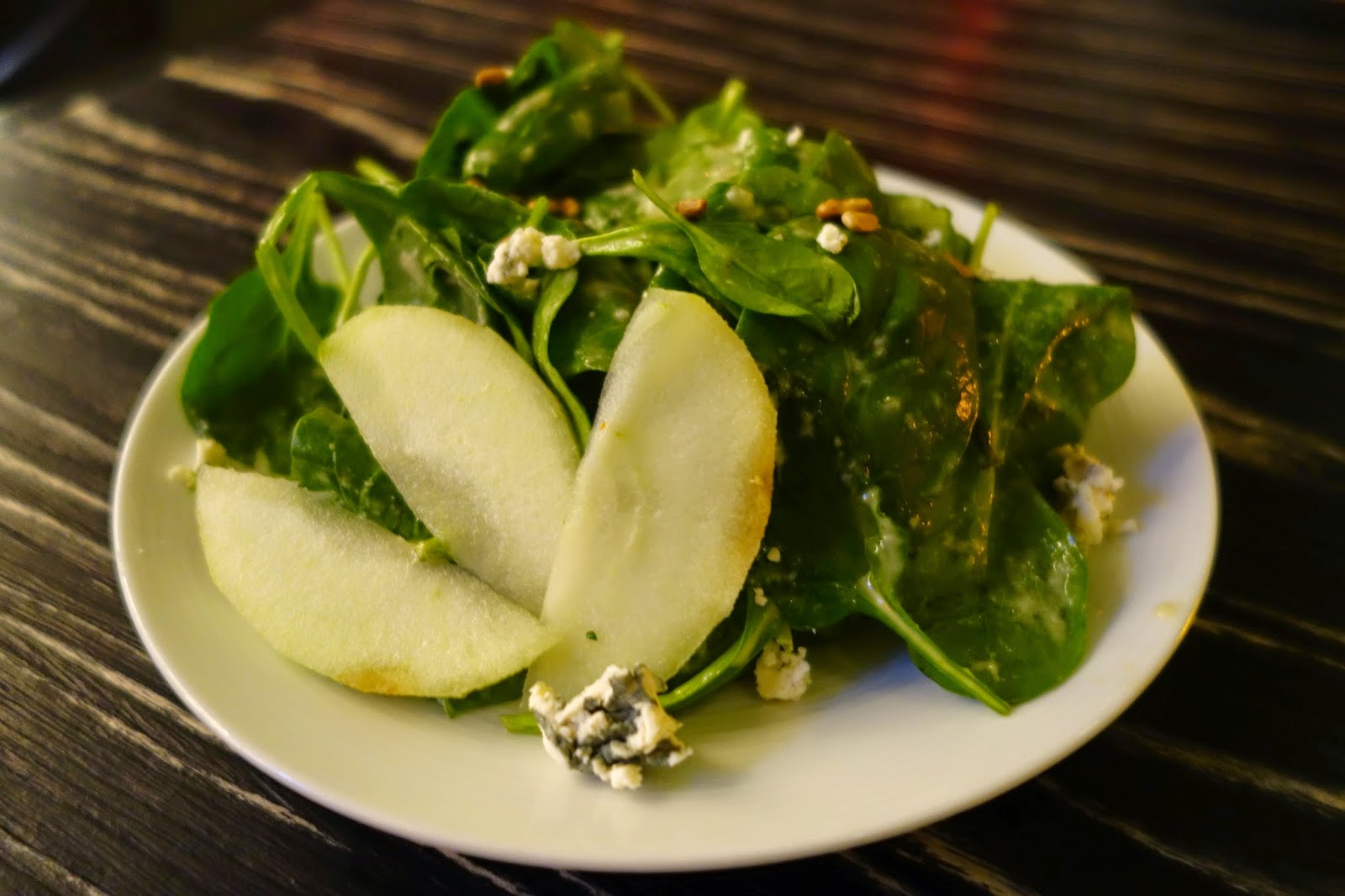 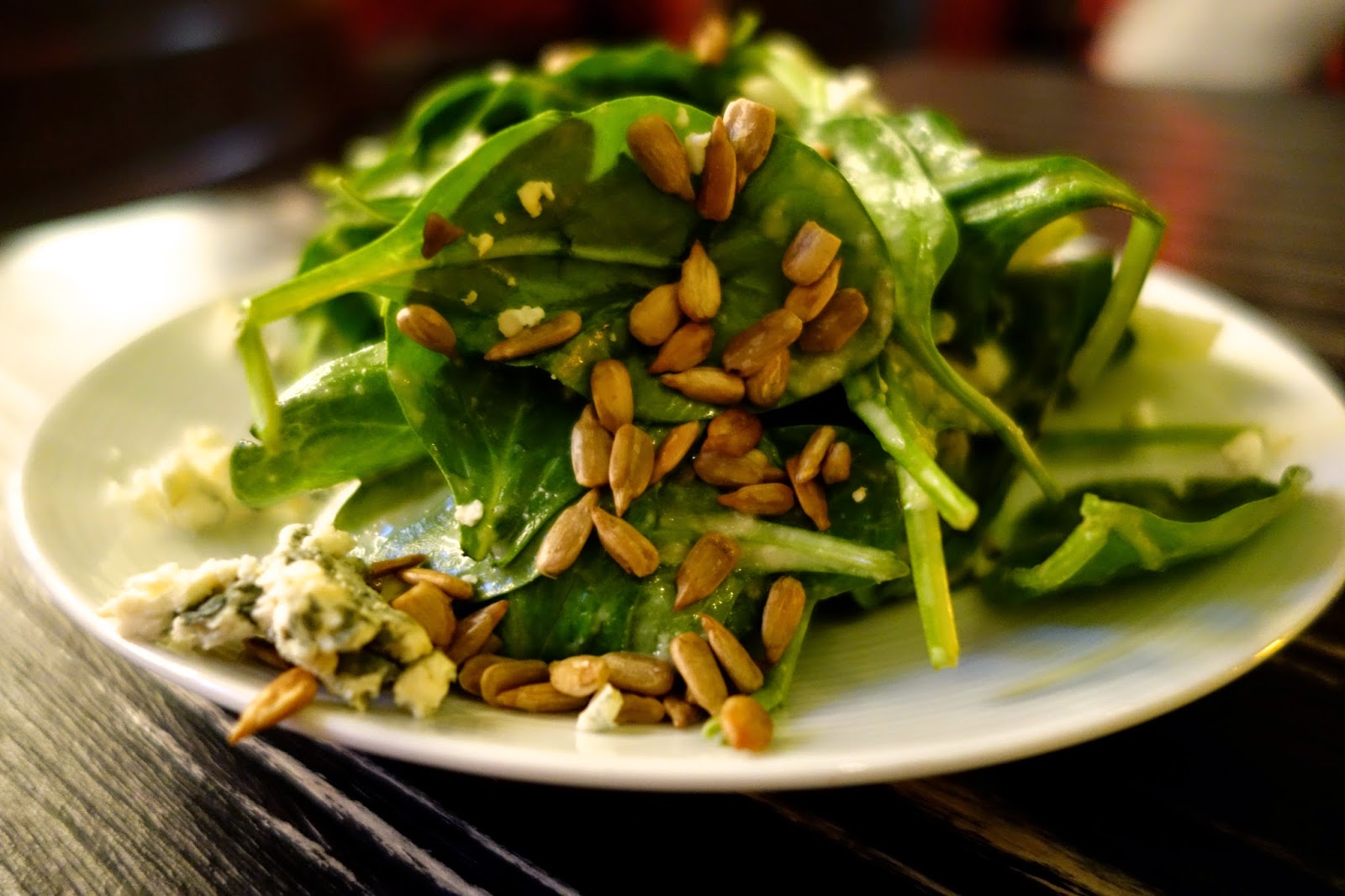 This was so delicious! The spinach was fresh, the apple added a great crisp and the cheese was rich. It was slightly overdressed, but still excellent.

Our second dish was the tortilla española. I always order this dish at tapas places because it's a staple and a great way to measure the authenticity of the menu. Kika's version was served cold (which is odd), but the dipping sauce that accompanied it was so creamy and flavorful, that I didn't care. I wanted to put that sauce on everything. And take a vat of it home. 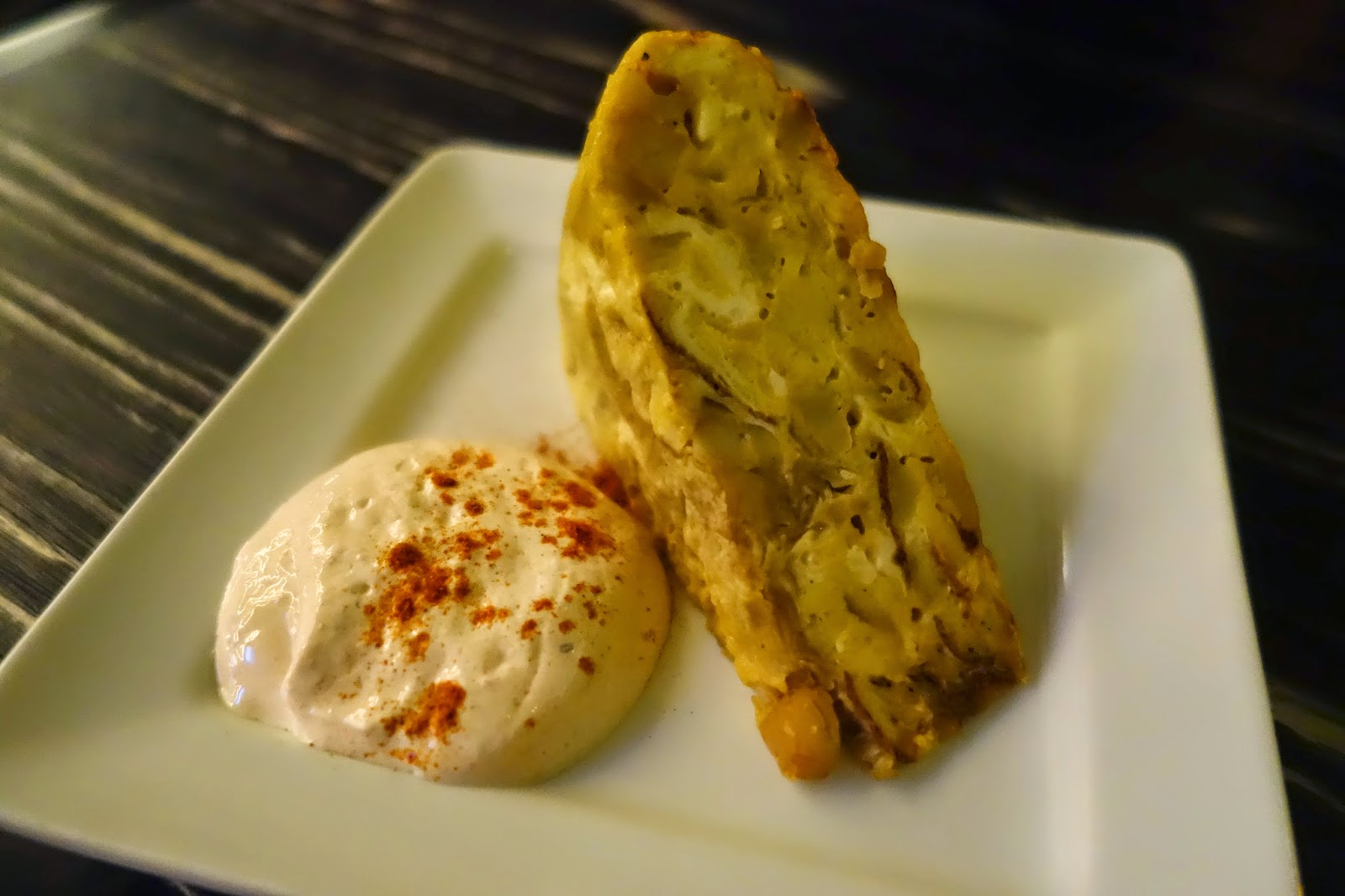 Another must-order for me at all tapas restaurants is patatas bravas. In this rendition, the potatoes had just the right amount of crispiness and the tomato sauce had great kick. I was loving this aioli. Kika definitely gets an A+ for all their sauces. 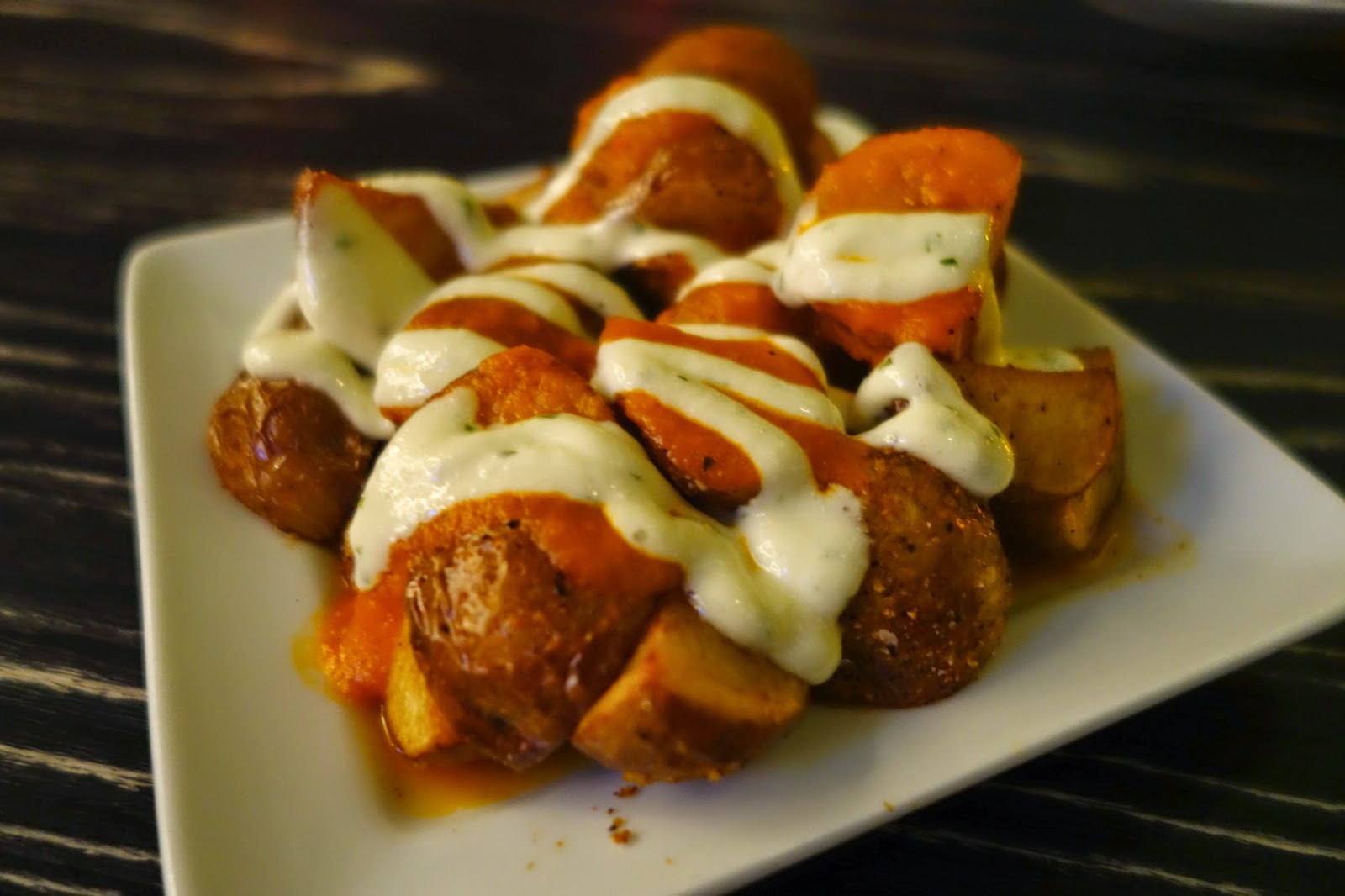 I didn't want to force my dinner date to eat vegetarian, so she ordered up gambas al ajillo (sizzling garlic shrimp). When I asked her to describe the dish, she said, "It came out boiling hot. It's the perfect little dish to warm you on a freezing cold evening. It had a nice amount of garlic and the shrimp were just right. I loved dunking the crusty bread into the sauce!" Again, with the yummy sauces. 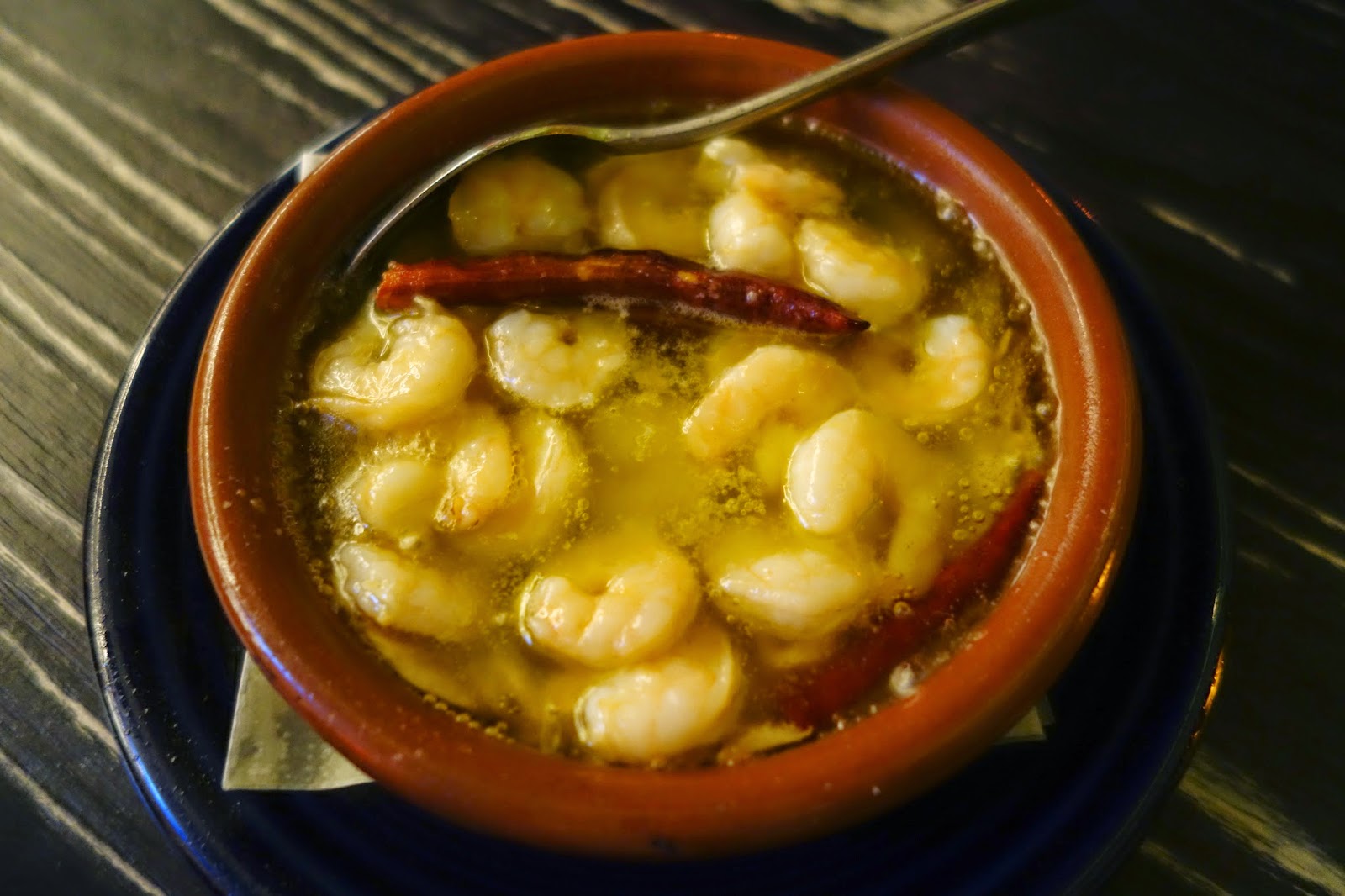 Our final savory dish was the buñuelos (broccoli and cauliflower fritters). These were a bit disappointing. First, they were 99% cauliflower. Second, they were very soft on the inside, but not really crunchy enough on the outside. 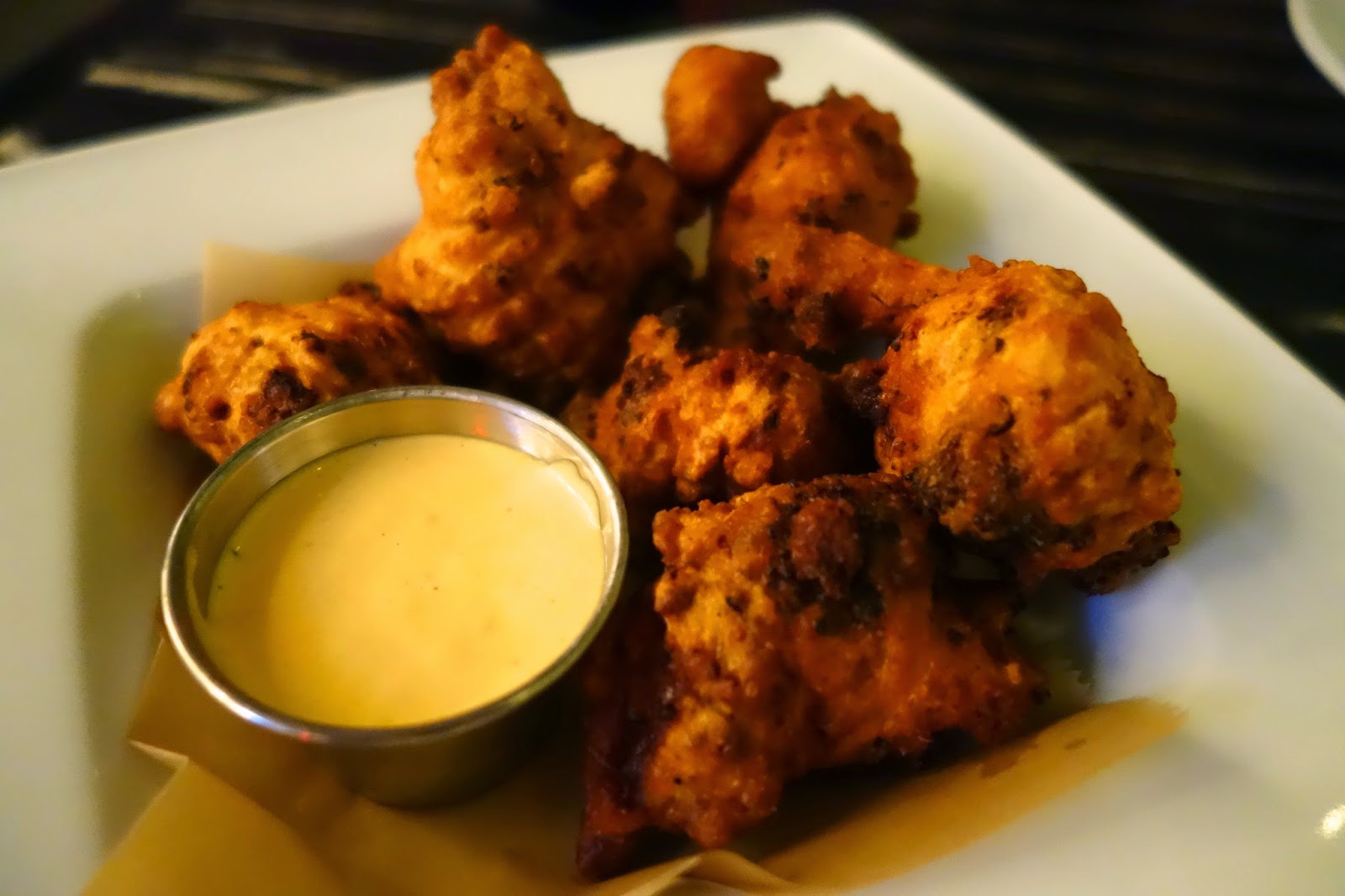 Here's a look an aerial view of our whole feast. 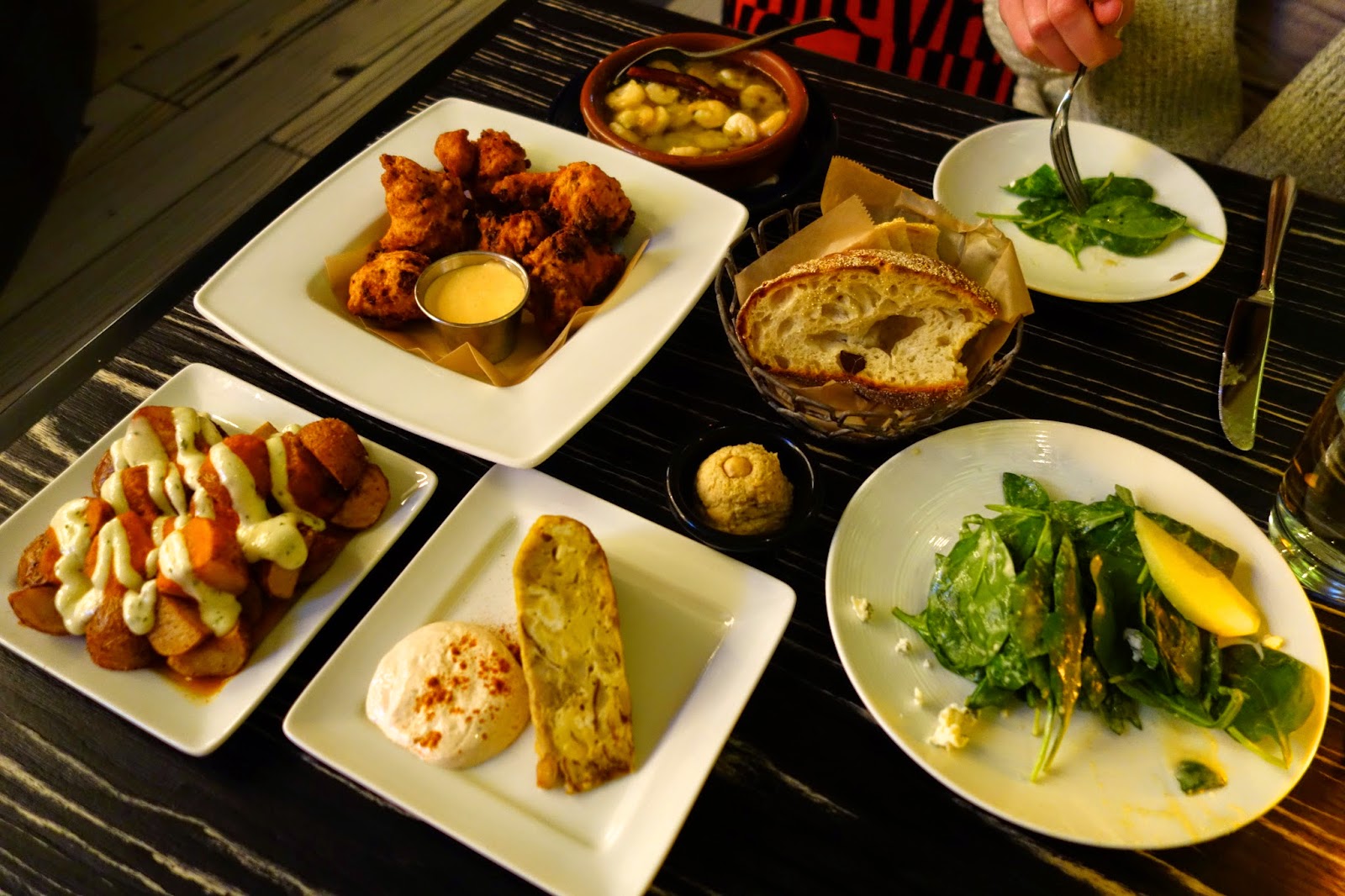 After all the small plates were cleared away, our waitress returned to ask if we'd like to try some dessert. I was already super full, but was admittedly intrigued by what the offerings might be.

We did a quick perusal and decided to share the crepe with vanilla ice cream, berries and dulce de leche sauce. Those who read the blog regularly know that I do not do fruit dessert. In this case, I was hopeful the ice cream to fruit ratio would lean in the direction of the ice cream.

Unfortunately, the crepe filling turned out to be 100% berries. Total bust! 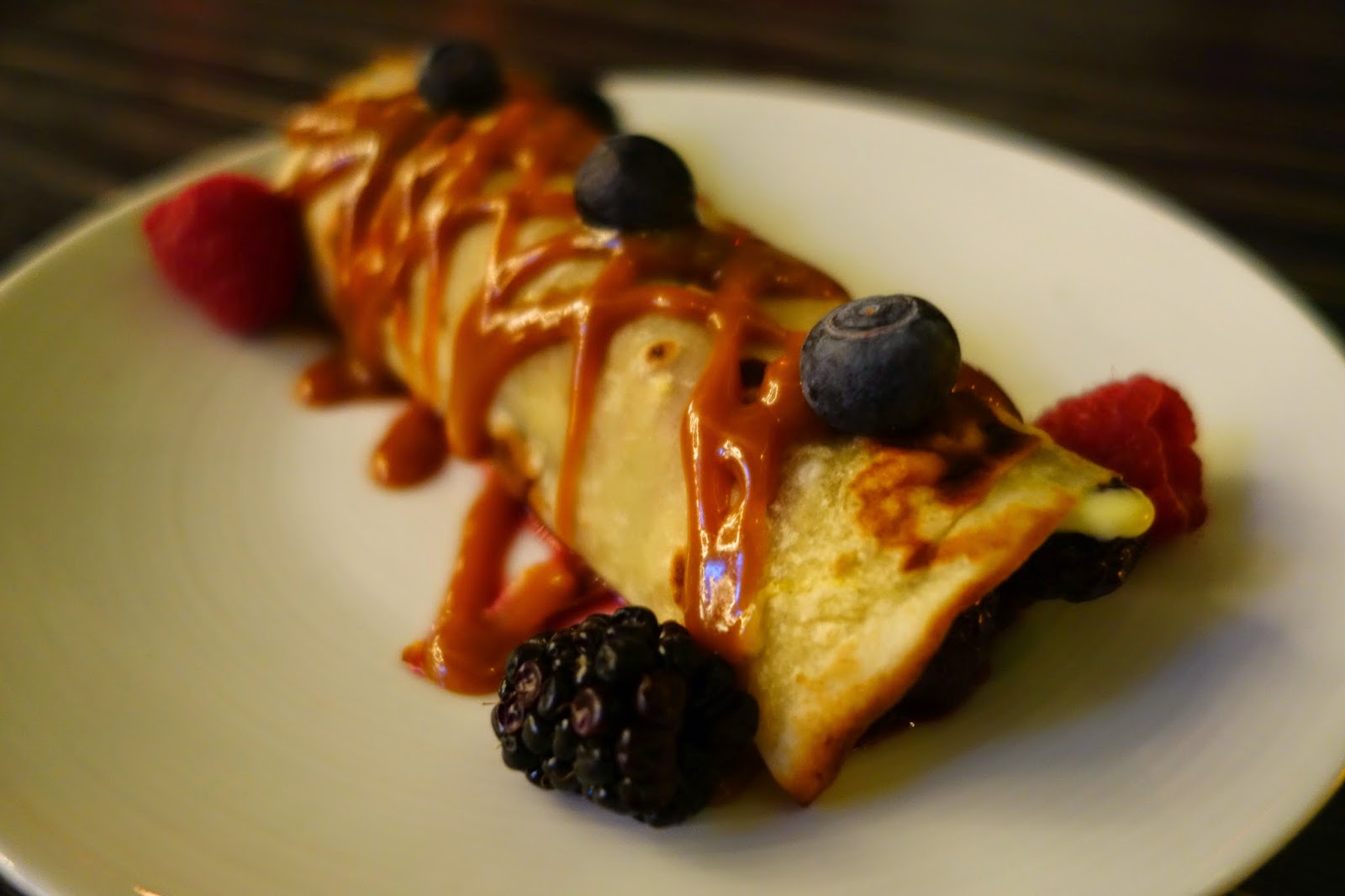 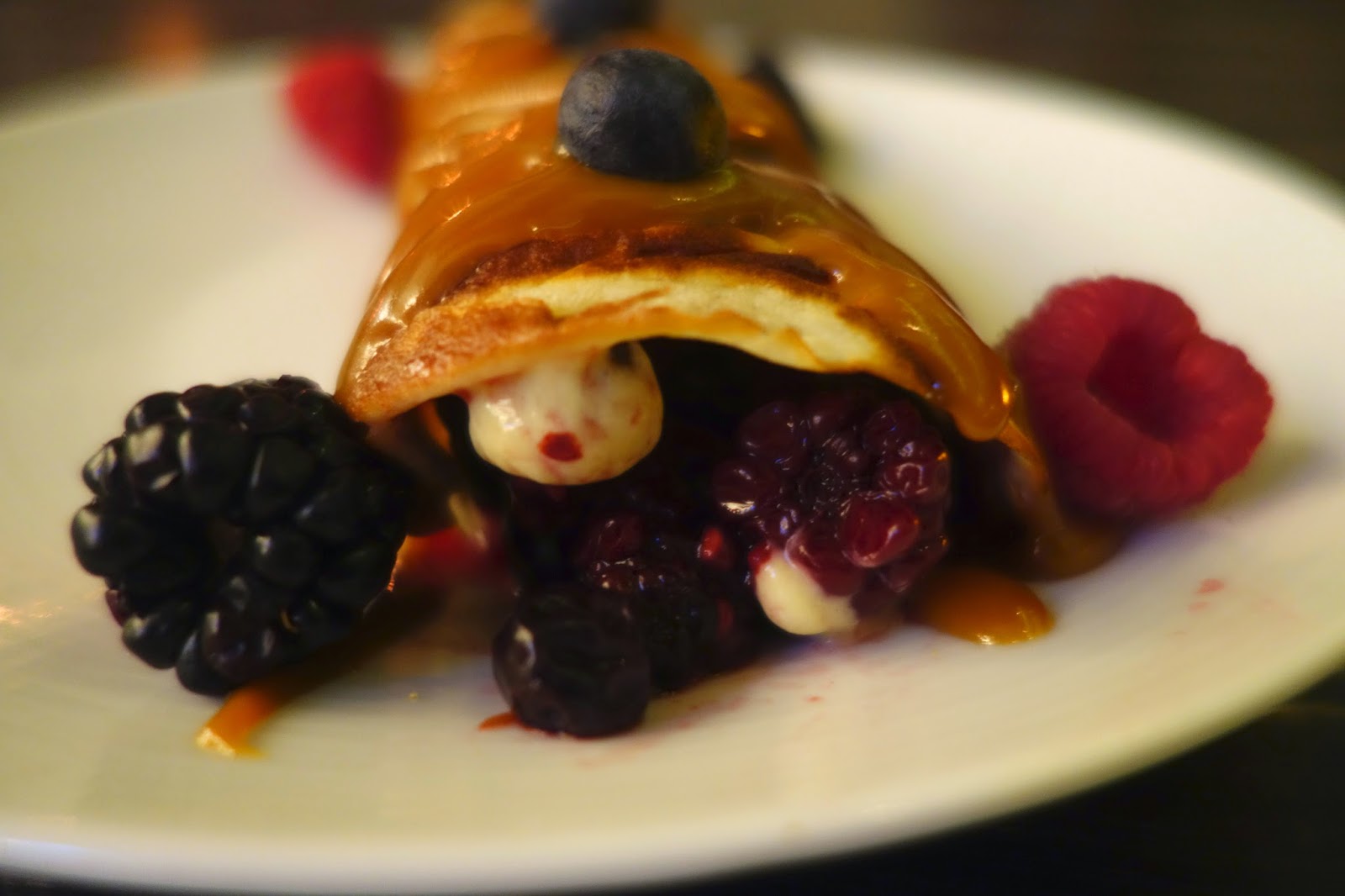 Fruit dessert aside, overall, our experience at Kika was a good one. It's very easy to get to and in the warm weather, it will have outdoor seating. The staff is kind and the food is tasty, particularly all the sauces.

I wound up returning to Kika two days later for lunch with co-workers and we tried a whole new set of dishes, which were all wonderful.

If you love Solea in Waltham or Tapeo on Newbury Street, Kika is owned by the same team of restauranteurs, and is definitely worth a trip to Kendall Square.

Tell me, have you been to Kika? Do you have a favorite dish? 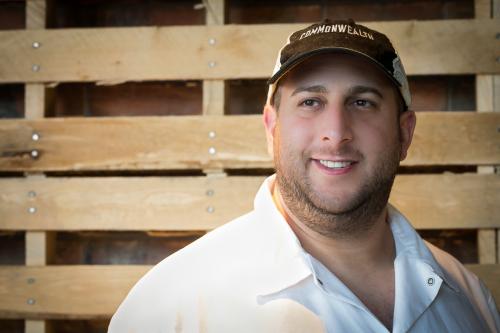 Thinking about what to do tomorrow night now that Team USA has beat Ghana and won't play again until Sunday? Tomorrow night three of Boston's best chefs are going to join forces for the third installment of the Super Burger Bros. Pop-Up Parties. 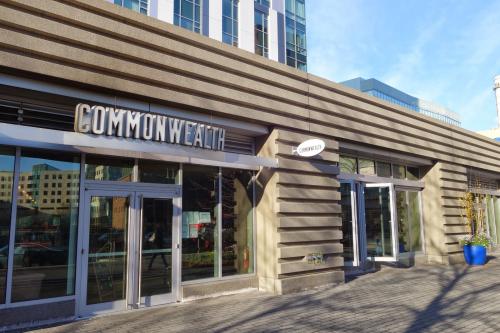 I hate to say this, but Commonwealth restaurant and I are clearly not meant to be. Let me explain. On my first visit to the restaurant in January, I went with a friend and we had a fantastic three course meal complete with cocktails, appetizers, entrees and dessert. A few days later when I turned my camera back on, a message popped up that I'd never received before, "Camera disk is corrupted." Ummmm. 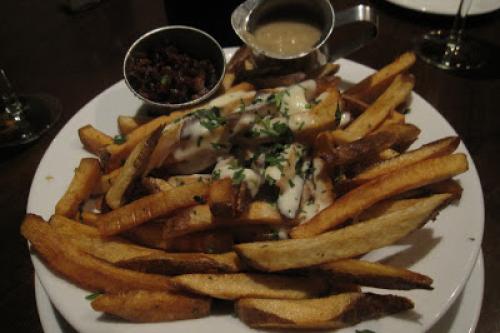