Tonight I went with a friend to see the new Seth Rogen movie Neighbors. Though I knew the premise was tired (frat house pandemonium) I couldn't resist the opportunity to spend 90 minutes with a shirtless Zac Efron.

If you haven't read about the movie or seen the trailer, the story goes that Mac (Seth Rogen) and Kelly (Rose Byrne) put their life savings into a down payment on a house in a quiet neighborhood, perfect for raising their new baby, Stella. 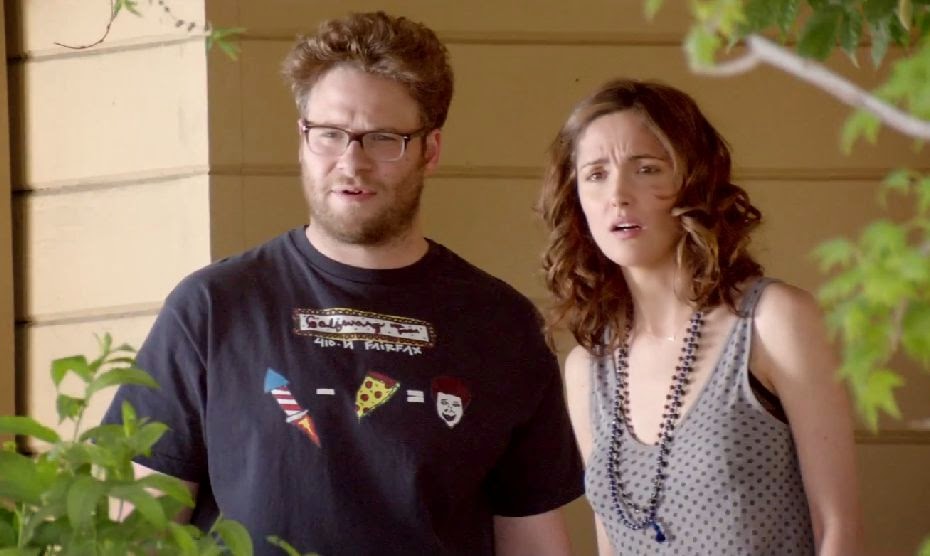 They've barely finished arranging all their furniture (including a pillow that says "Carpe that f*cking diem") when a fraternity buys the house next door.

As I said before, this is not a new story line (Old School, Van Wilder, Animal House) but none of those movies had a fraternity president as undeniably smokin' as Zac Efron. 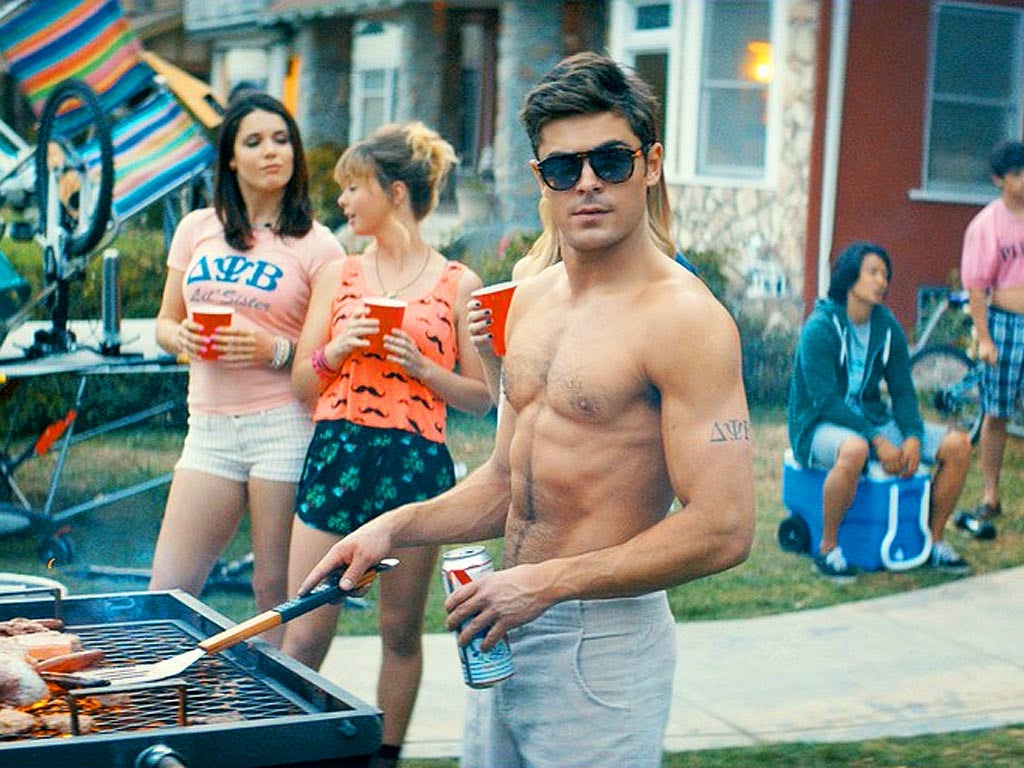 The movie is only an hour and a half, most of which is spent watching Mac and Kelly dream up new ways to get their rowdy neighbors evicted. I have loved Rose Byrne since her turn as snobby Helen in Bridesmaids and she was a great partner in crime for Seth Rogen. There's one scene where she has an idea for how to turn the fraternity president and vice president against each other where she absolutely kills it.

Mac and Kelly enlist the help of their crazy friend Jimmy (Ike Barinholtz) to help take down the house, also known as Morgan from The Mindy Project. Barinholtz brings the same zany behavior to this role as he does on TV. 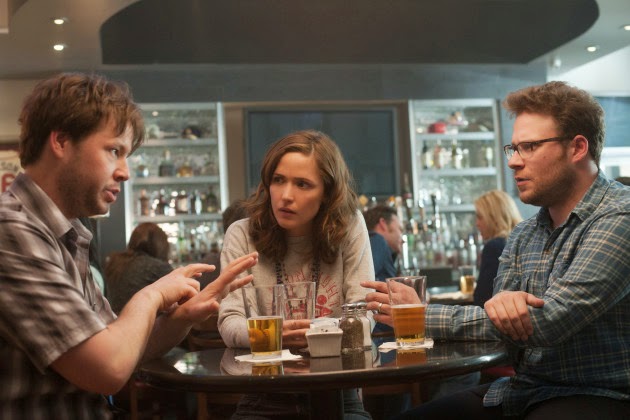 There were a lot of familiar faces who made cameos in the film: Lisa Kudrow, Andy Samberg, Christopher Mintz-Plasse (McLovin from Superbad) and Jake Johnson (Nick from New Girl).

The breakout star of the film was Dave Franco, younger brother of Hollywood A lister James Franco. If you close your eyes, the brothers have the exact same voice. Dave plays the fraternity's VP and Teddy's best friend. He and Teddy share a scene where they have a rhyming battle. That is the moment he stole the show.

I laughed hysterically throughout the movie, but in between laughs I also had to give mad props to the film's musical director. There were some incredible songs in the movie and they were perfectly placed. Neighbors made the best use ever of Missy Elliot's "Get Your Freak On."

So, lessons learned from Neighbors:

1) Zac Efron is as gorgeous as ever
2) Rose Byrne has solid range
3) Dave Franco is going to overtake his brother in 2014
4) Frat movies can still be funny
5) The next time I host people at my house, I'm absolutely throwing a black light party

Did you see the movie? What did you think?

At said black light party, we obviously have to make a playlist that includes this entire soundtrack. I may even throw in an Outkast-inspired hooodlyhoo (but not because the cops have shown up).

Most definitely. That music is awesome. Perfect choices for every rowdy moment.

I watched the pictures of cool globes which have been appeared on the internet a few days ago. Those globes look so charming and a piece of art order case study looks like you have the whole world view in front you.

END_OF_DOCUMENT_TOKEN_TO_BE_REPLACED

Those who have been reading Pop.Bop.Shop. for a while, know that I host an Oscar party every year. It's one of my most favorite traditions and this year I've upped the ante. As you my recall, when I shared my new years resolutions for 2015, number eleven was to "throw my best Oscar party yet."

Movie Musings: A Star Is Born

Lady Gaga and Bradley Cooper star in a modern take of A Star is Born, giving performances that will likely land them Academy Awards.