In the first week of January I shared with you an upcoming event at Anna's Taqueria, celebrating a year of celebrity burrito rollers taking their turn behind the counter at Boston's beloved Mexican place.

Last night I attended the Celebrity Burrito Roller Showdown where six local stars put their burrito making chops to the test in a timed contest. Each celeb was asked to make exactly the same burrito and the person who created and rolled his/hers the fastest would have the proceeds of the evening's sales donated to the charity of their choice. 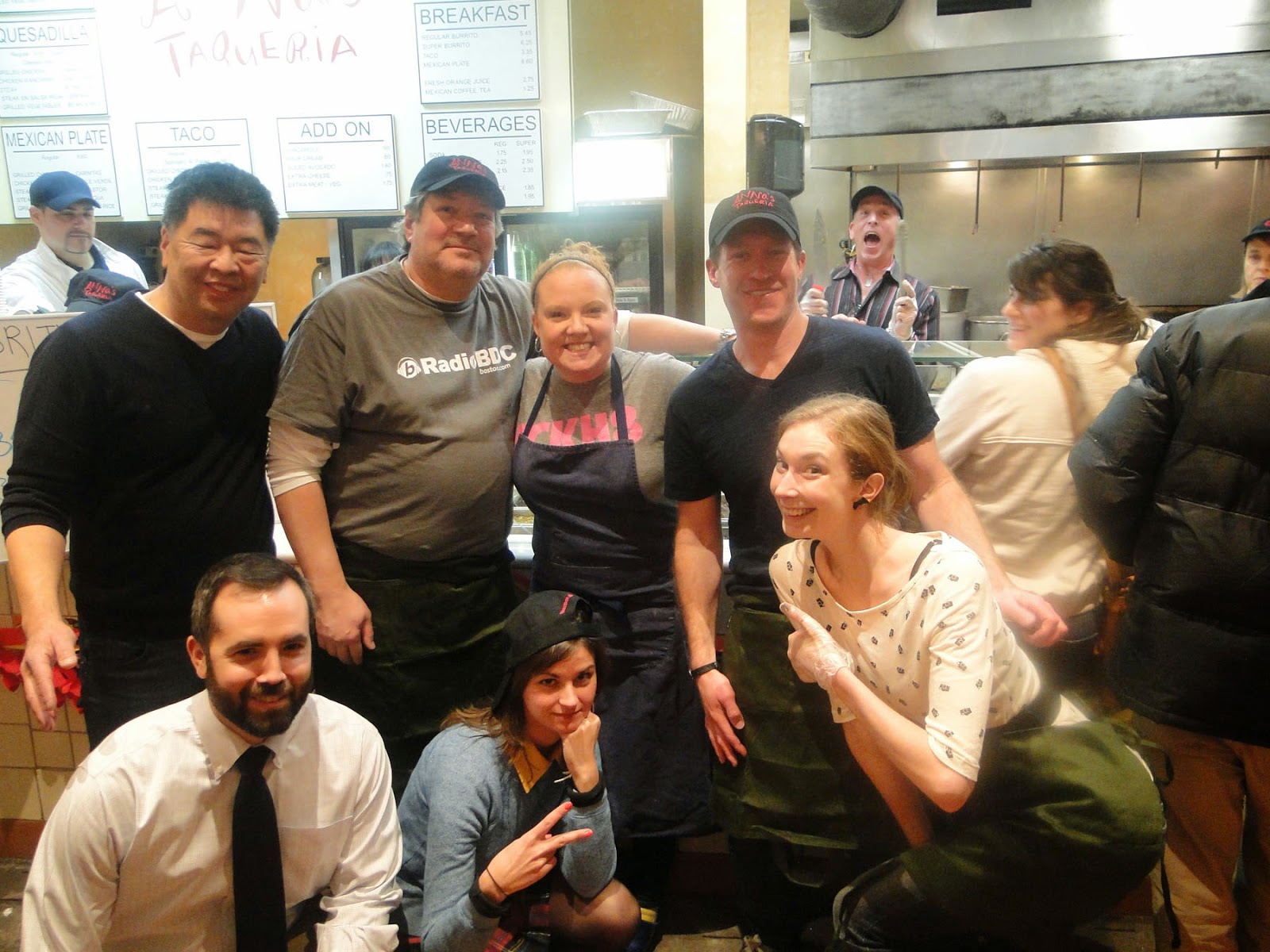 No surprise, super chef Tiffani Faison (Top Chef runner up and chef/owner at Sweet Cheeks) took first prize. Here she is posing with Anna's owner and her giant spoon trophy: 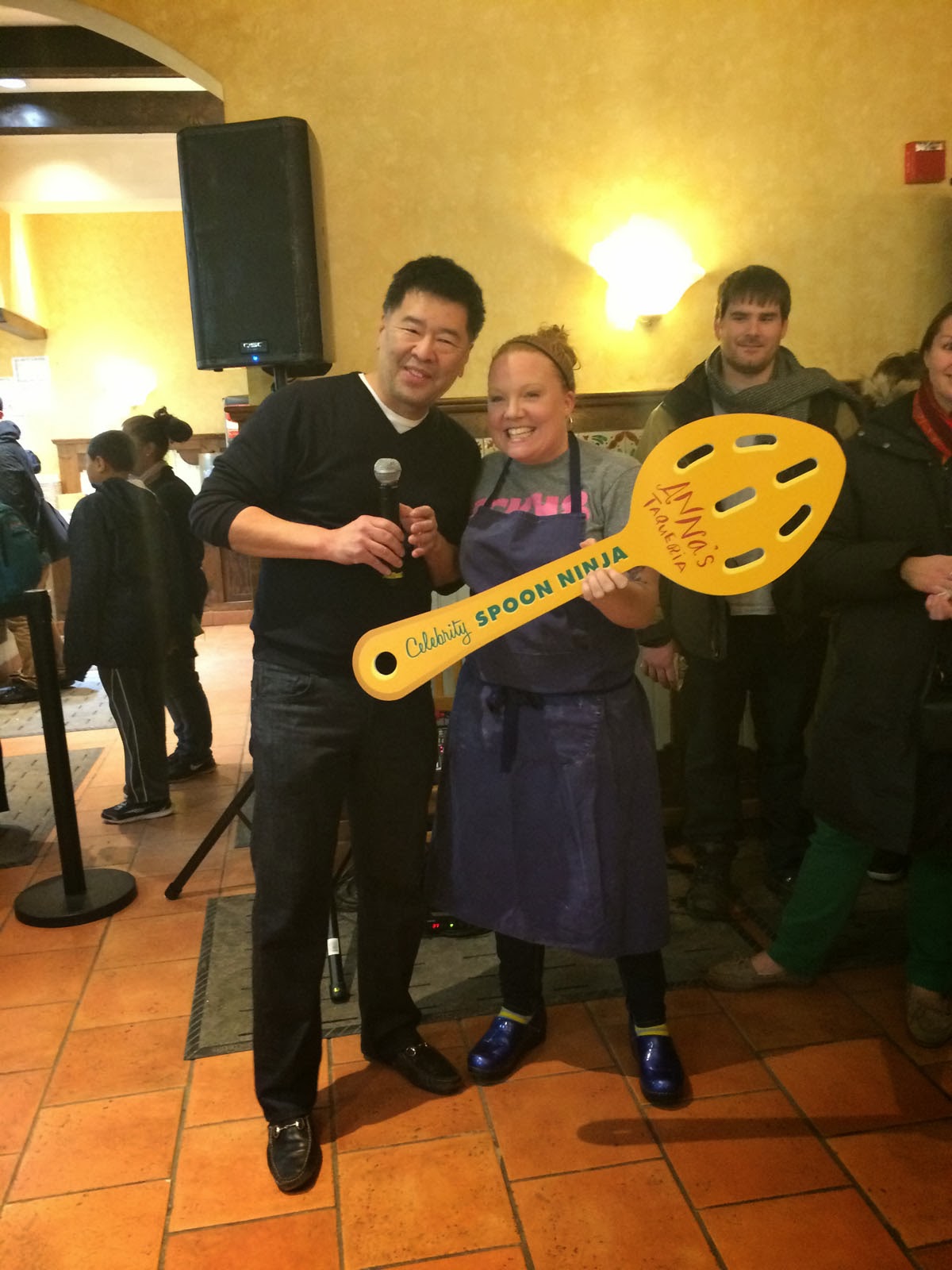 Per Tiffani's wish, all proceeds from the event will be donated to Mass Equality.

After the contest was over, a white board touting the burrito rolling time of each celebrity was positioned right next to the cash register. 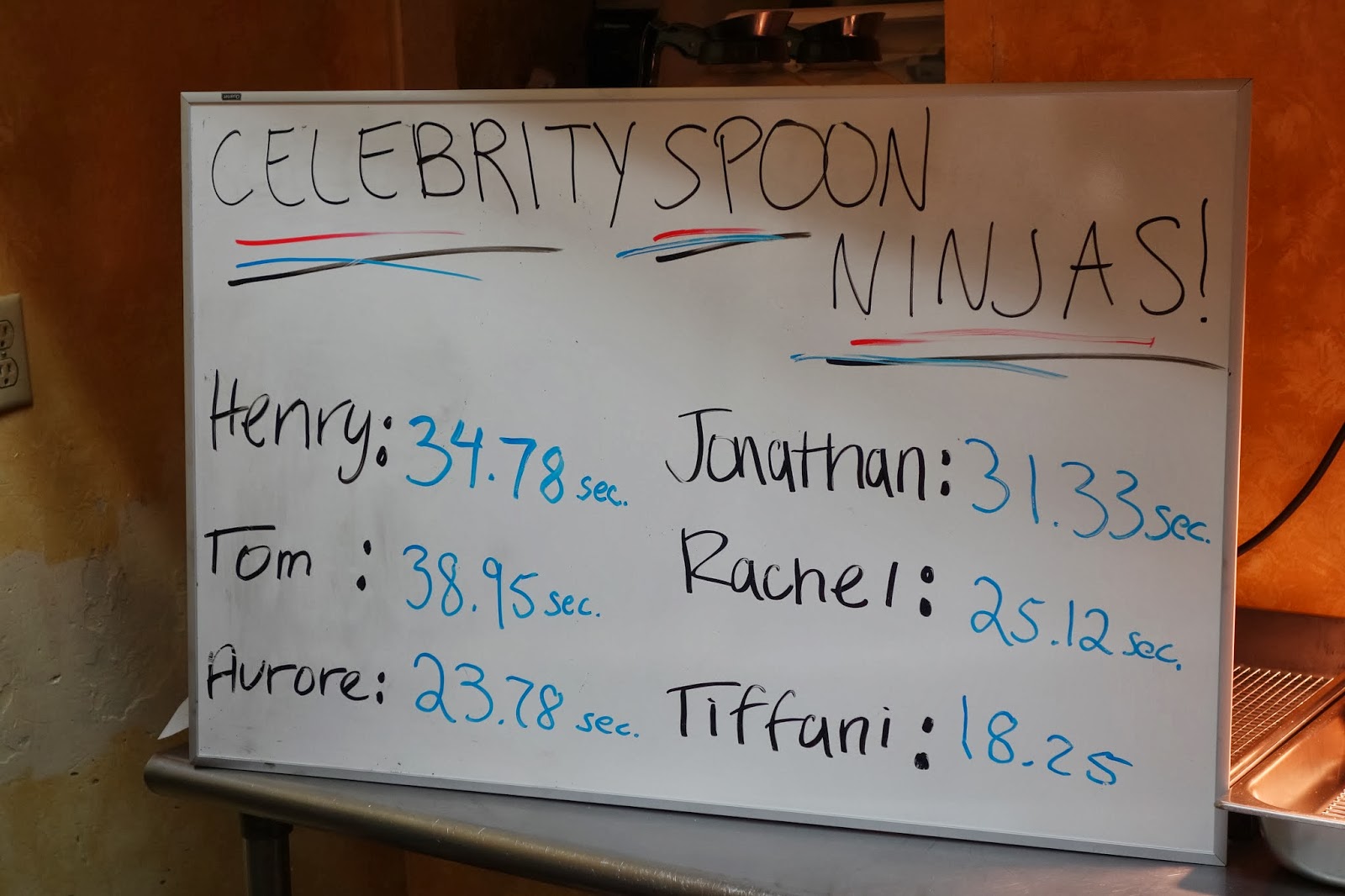 Customers were lined up all the way to the front door for the chance to have their personal burrito rolled by one of the guest stars of the night. 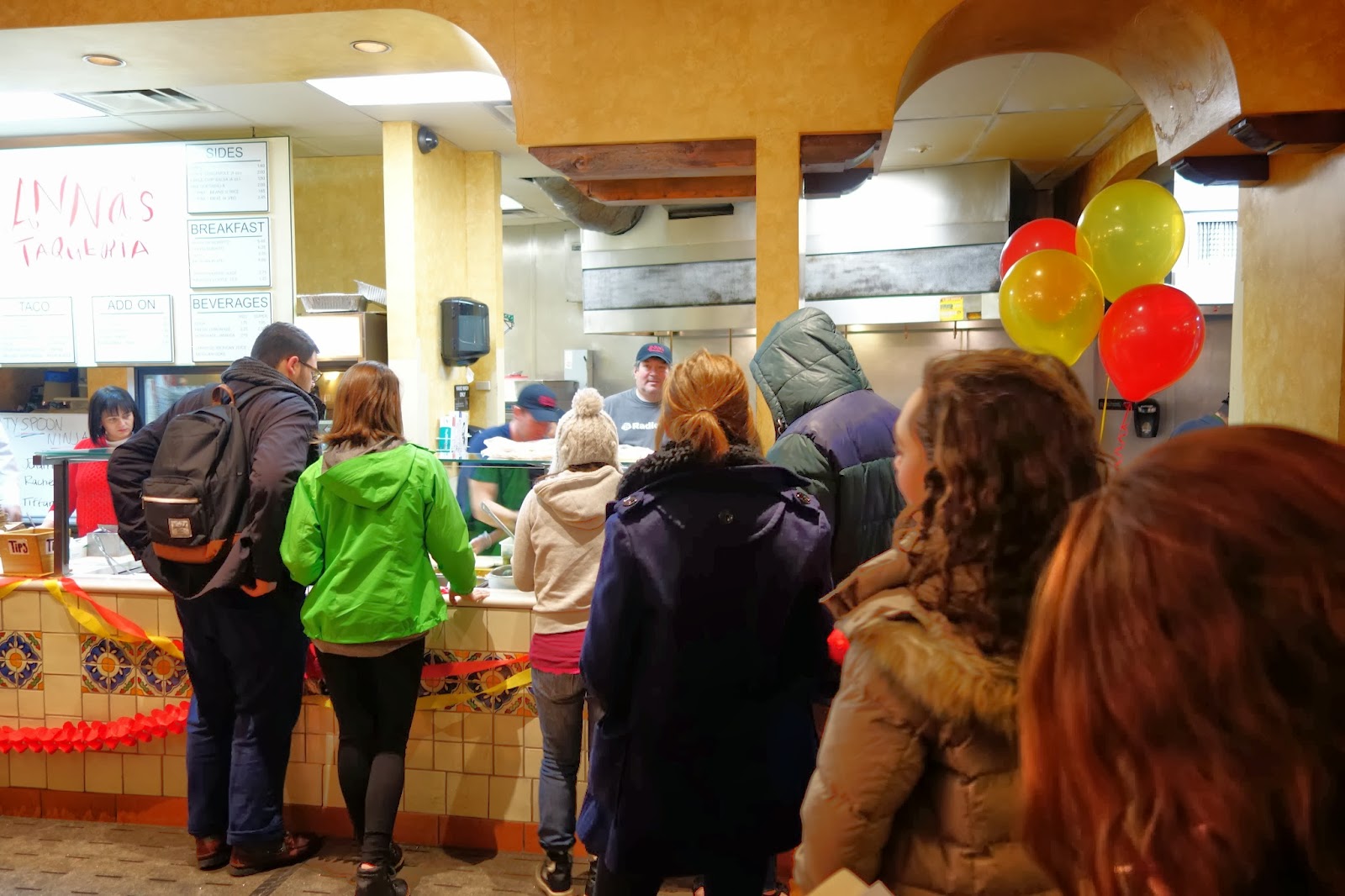 By the time I made it to the counter, Tom O'Keefe (better known as @BostonTweet on Twitter) was the roller. 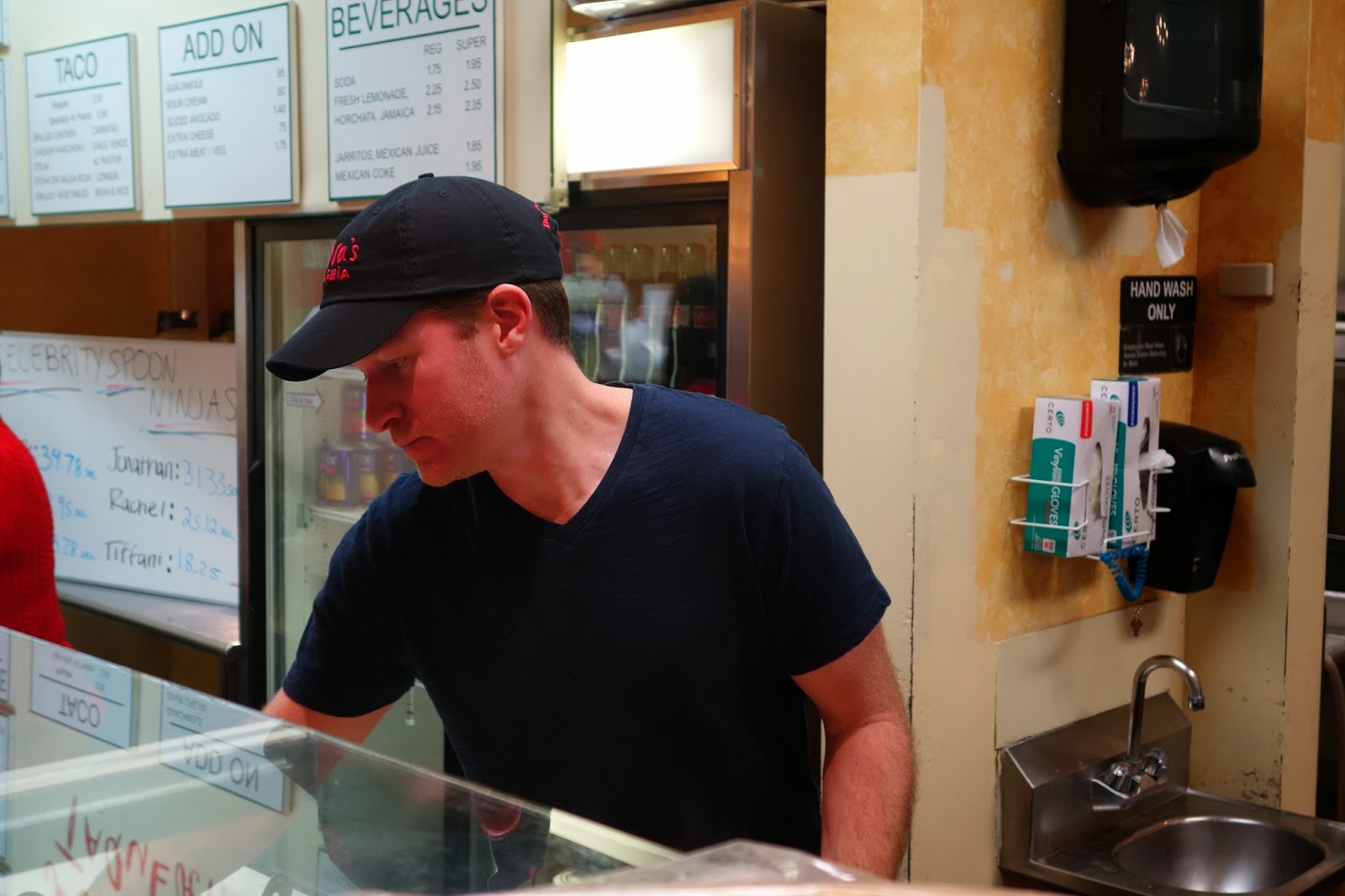 I asked for grilled veggies in my burrito, forcing Tom to test his knife skills. 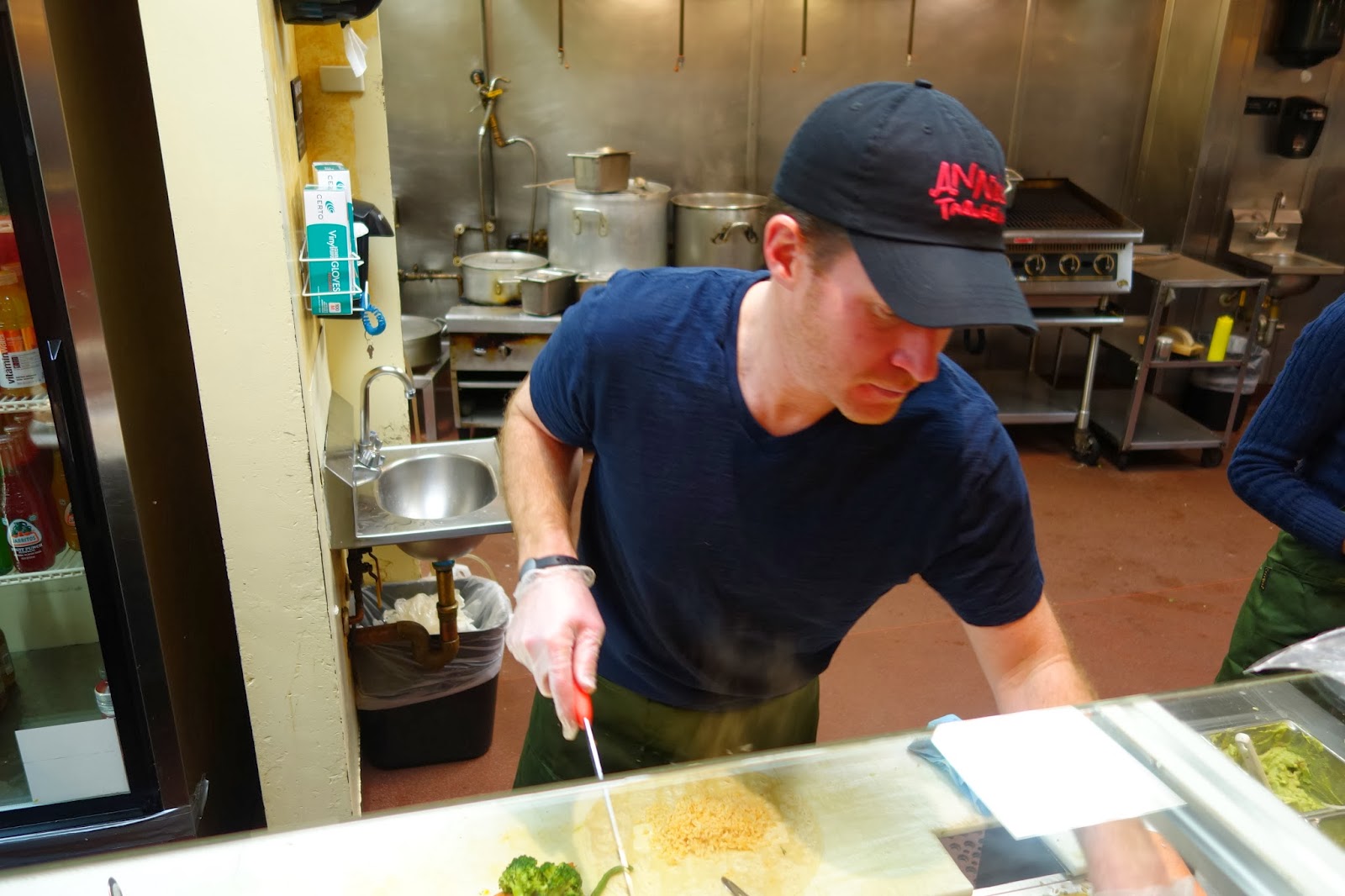 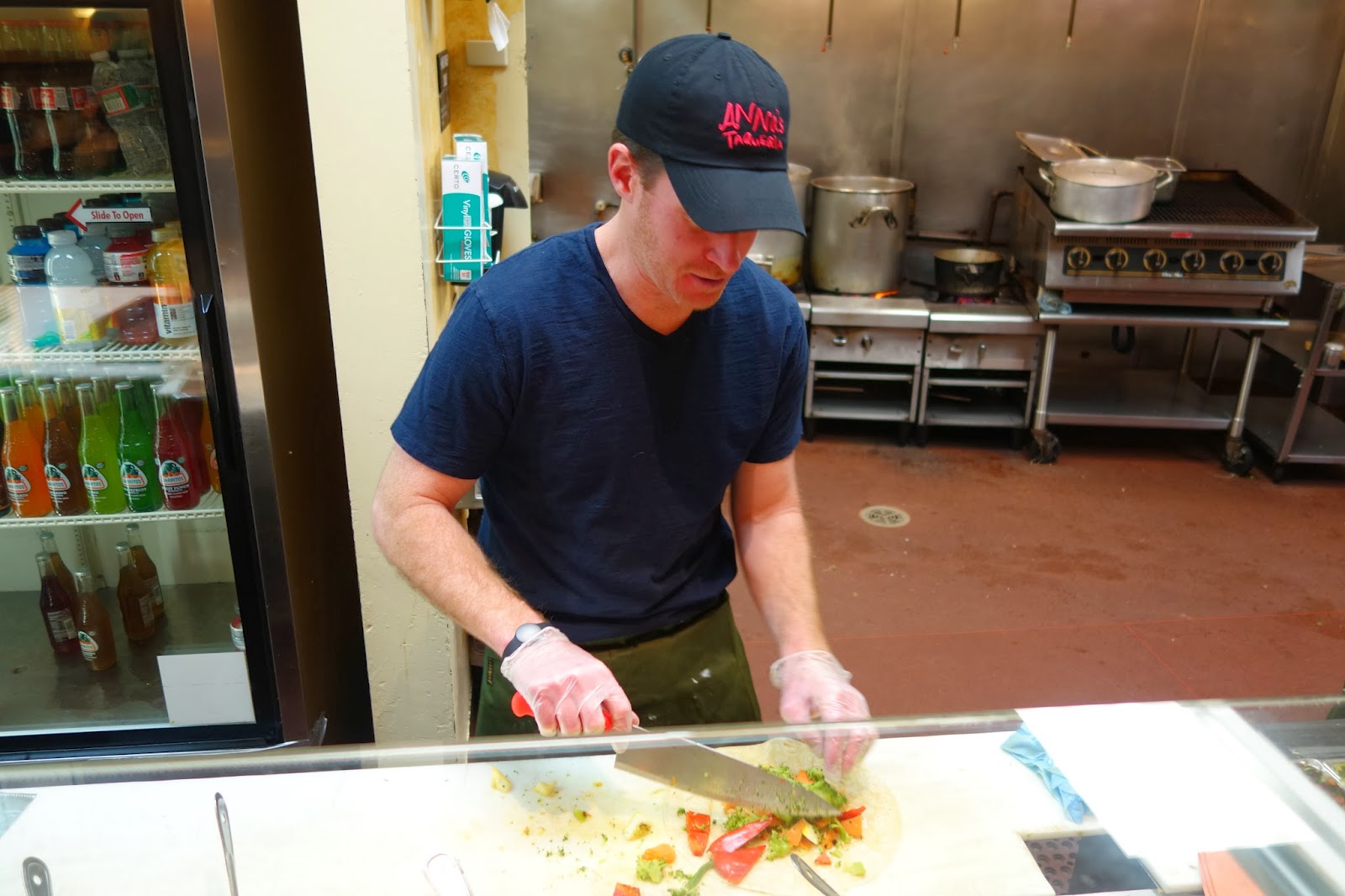 After the veggies were chopped and topped with salsa, guacamole and jalapenos, Tom rolled that deliciousness right up. 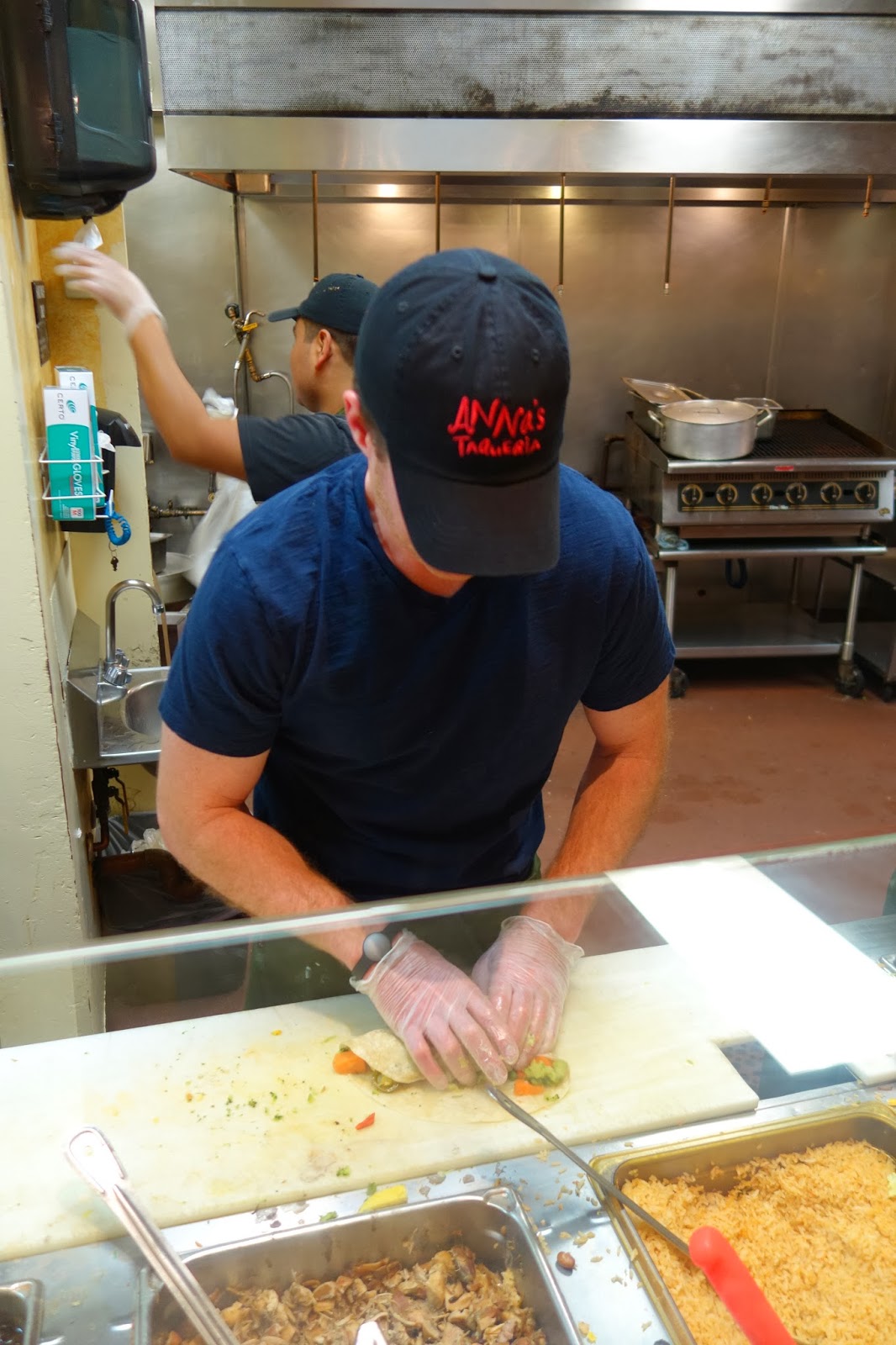 As you can see, the Anna's staff was very impressed with his technique. 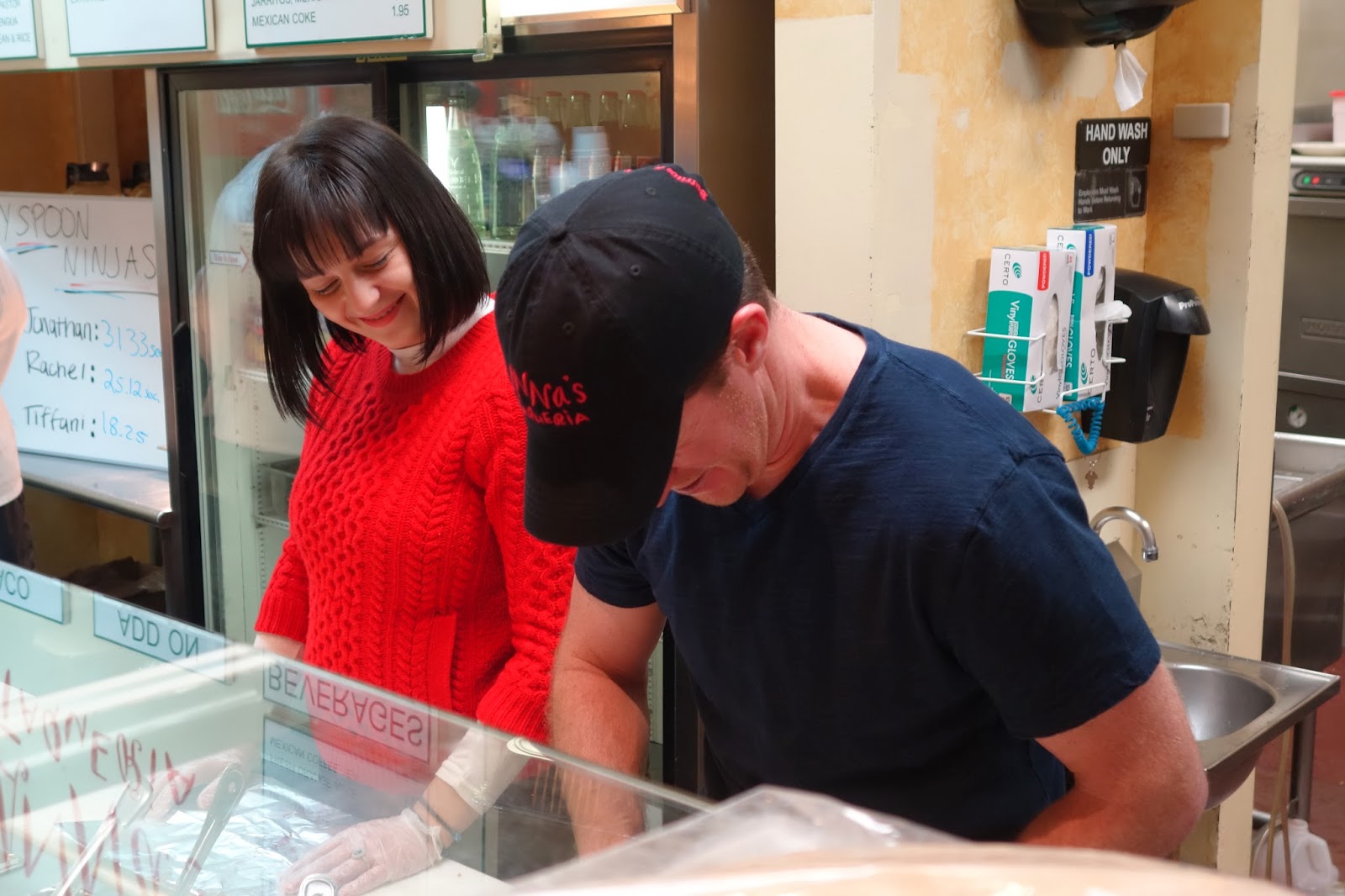 The Celebrity Burrito Roller Showdown was a super fun event. Most charitable events in the city require an expensive ticket to even get in the door. This was a night of great personalities, delicious, affordable food and every penny went to a good cause.

Keep up with all things Anna's Taqueria by following them on Twitter, @AnnasBoston.

*Images 1 and 2 courtesy of Marlo Marketing.

Wow, this is awesome that you got to attend! You are also a famous celebrity of Boston.

You are far too kind! My dad emailed me to say he saw my picture in the Boston.com slideshow from the event. He's like my personal media tracker. 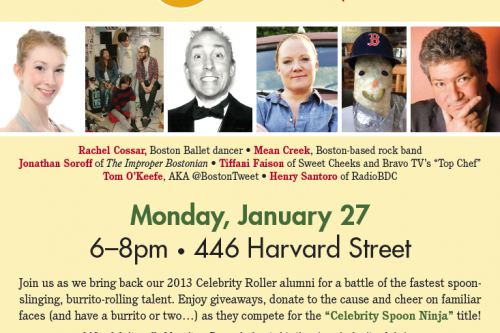 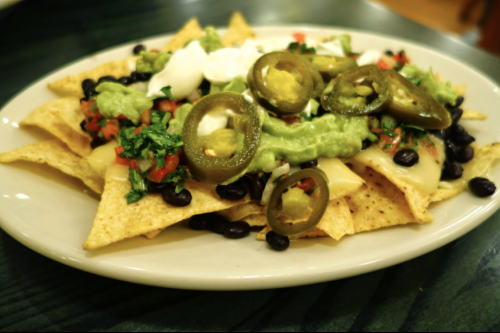 Thank you to everyone who entered yesterday's Anna's Taqueria 20th Anna-versary giveaway! It's very clear to me that the Pop.Bop.Shop. readers are Anna's super fans - burritos, quesadillas, tacos, nachos - you crave and love it all! 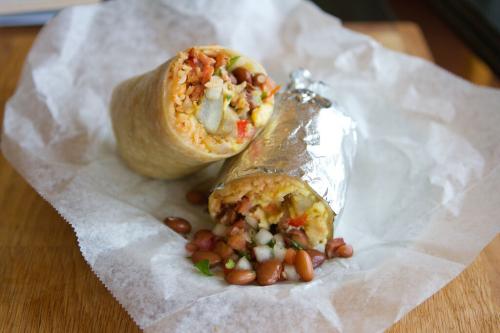 Anna's Taqueria burritos are like a form of currency here in Boston, especially amongst the ever-going student population. All Bostonians have a very particular way they order their Anna's burrito.