Awards season officially kicked off tonight with the 2014 Golden Globes. The Globes are my favorite of all the awards shows for three specific reasons:

Tonight I was looking forward to the Globes for a fourth reason, the return of Tina Fey and Amy Poehler as co-hostesses. They killed it last year and these women have been known to rise to the occasion.

When they walked out for the opening monologue, not only did they both look fantastic (easily the best Tina Fey has ever looked), but they had the whole room howling with their joke about George Clooney dating a woman his own age. I also loved Tina's remark that American Hustle was originally going to be called Explosion from the Wig Factory. 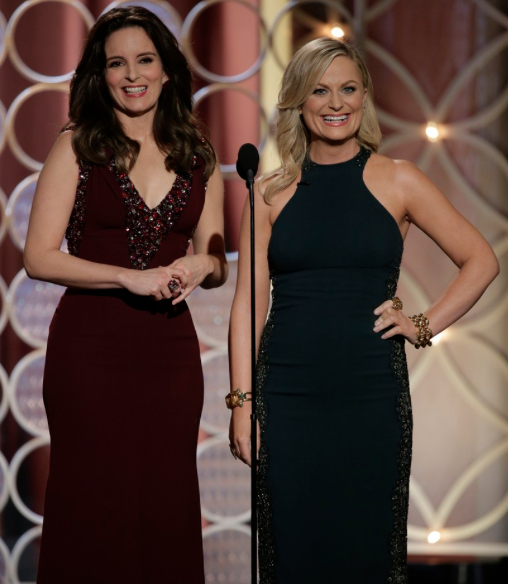 Other than Tina and Amy, the next funniest moment of the night came from Emma Thompson who walked out to present holding a martini and her Christian Louboutin heels. She pointed the red sole to the camera and said, "You should know, this red is my blood!" 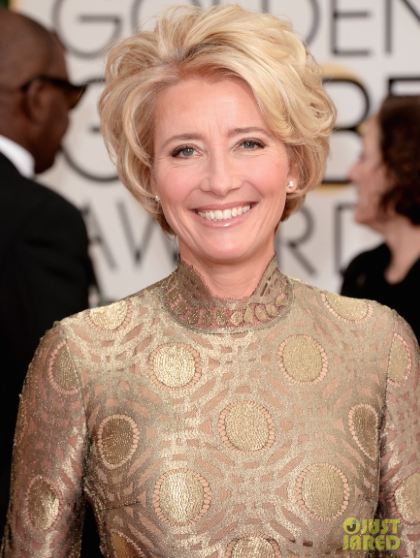 On the winners list, there were some expected victories - Bryan Cranston, the cast of Breaking Bad, Jennifer Lawrence, Amy Adams and the cast of American Hustle, but there were also some major surprises. For example, on the film front, both Jared Leto and Matthew McConaughey beat stiff competition to take home trophies for Dallas Buyers Club. Andy Samberg snagged a statue for Brooklyn Nine Nine and later in the night the full team would win an award as well. Does anyone even watch that show?

The upsets kept me glued to the TV all night. I have renewed interest now in seeing more films before the Oscars in March.

Now, onto the most important aspect of the night, the fashion! Below are my picks for best and worst dressed.

Cate Blanchett - Bono said it best when she walked up to Ryan Seacrest's red carpet post and he whispered, "Now this is a real movie star." Cate Blanchett was the epitome of Hollywood glamour and elegance in this delicate black lace Armani Prive dress. I didn't even realize until she turned to leave her interview that the dress was backless! Her hair and make up was perfection, as wear her diamond encrusted earrings. 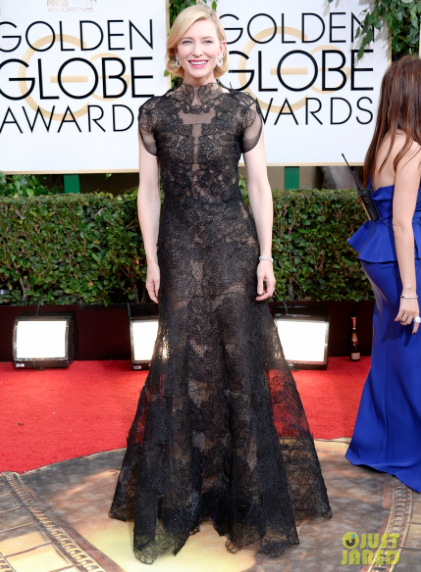 Juliana Margulies - I love Margulies on The Good Wife and she never disappoints on the red carpet. This black and gold Andrew Gn gown is flattering to her figure and is elevated by her side swept bun. 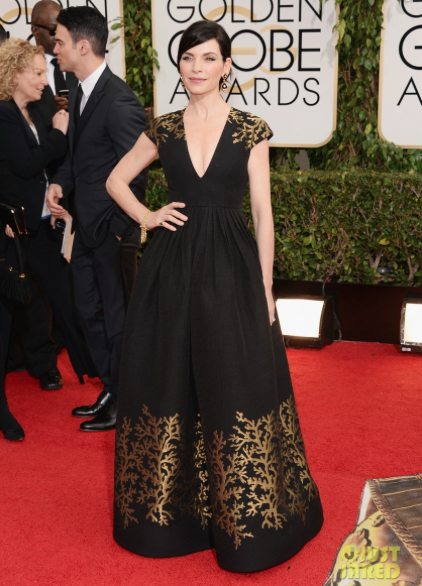 Bradley Cooper - If you looked up dapper in the dictionary, this is the photo you would see next to the definition. Cooper looked like a true movie star with his short hair (goodbye, perm!) and his slim fitting Tom Ford suit. 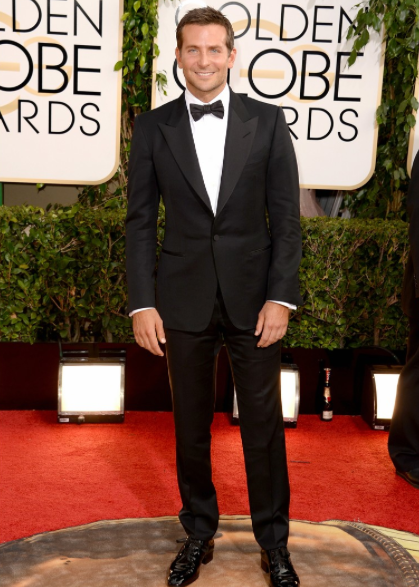 Margot Robbie - Before tonight I didn't even know who Margot Robbie was. Apparently she plays Leonardo DiCaprio's wife in The Wolf of Wall Street. Everything about this dress is stunning - the cut, the high slit, the bedazzled empire waist and her matching emerald green heels. 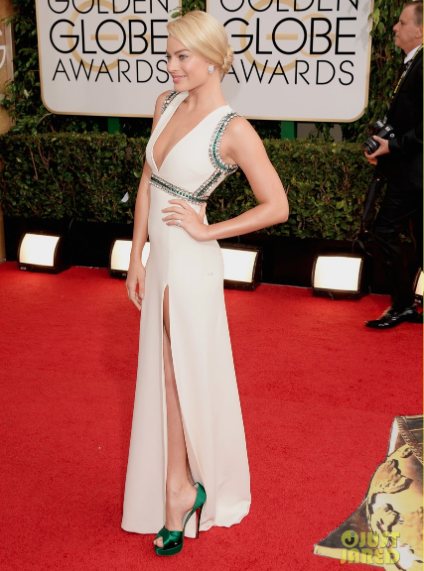 Sofia Vergara - I want to know who Sofia Vergara has hired as her stylist, because she always nails it. This black Zac Posen gown fit her like a glove and her robin's egg blue Lorraine Schwartz necklace was the perfect frosting. 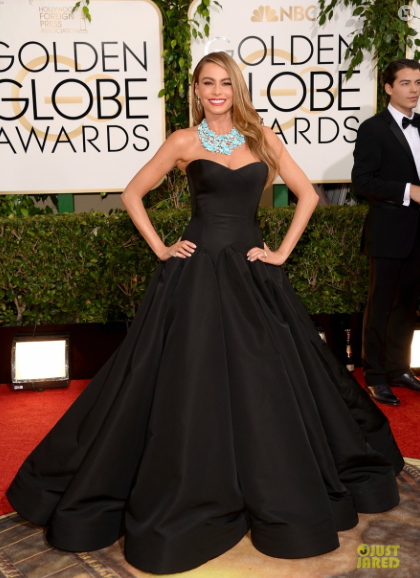 Matthew McConaughey and Camila Alves - This couple is too hot for TV. I mean, seriously. McConaughey's unexpected dark green Dolce & Gabbana suit was a delightful surprise in a see of black tuxedos. 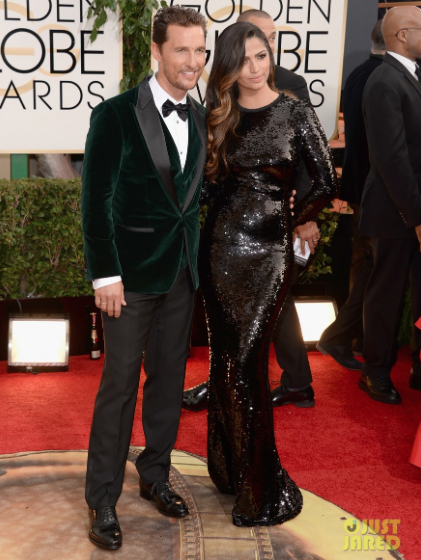 Taylor Swift - I absolutely loved this black and pink Carolina Herrara gown on Taylor. The fitted bodice was super flattering and I love the raspberry colored skirt. She paired this dress with red lips, adding that touch of glamour. 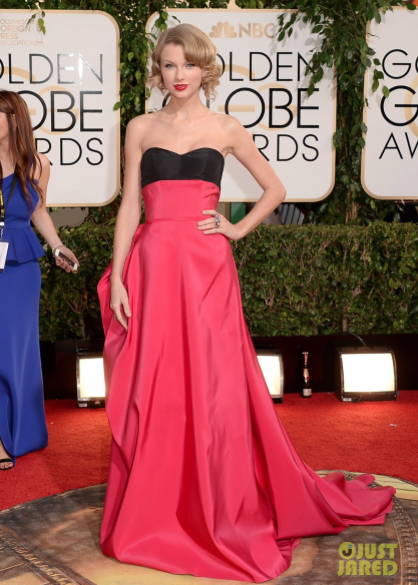 Leslie Mann - I believe Leslie Mann was accompanying her husband, Judd Appatow, who was attending as the executive producer of HBO's Girls. Her cinched black lace Dolce & Gabbana dress is picture perfect. She too is sporting red lips. 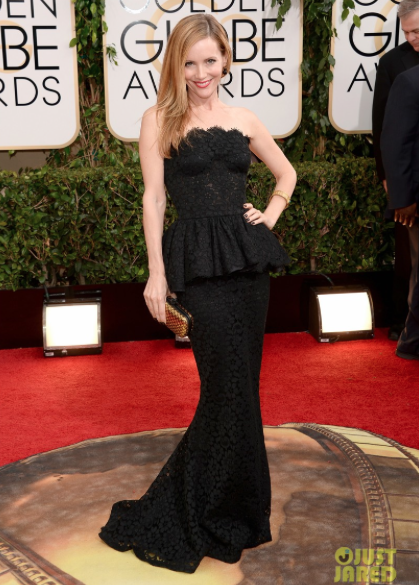 Zosia Mamet - Normally the cast of Girls scares me with their red carpet choices, but tonight, Zosia nailed it in a black and white floral dress by Reem Acra. Her hair was a new length that paired beautifully with this look. 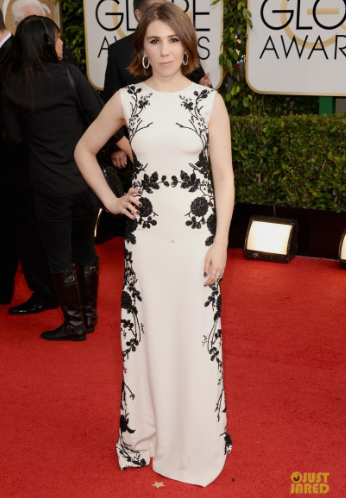 Chris Pine - I don't have anything particular to say about Chris Pine other than he's outrageously handsome. 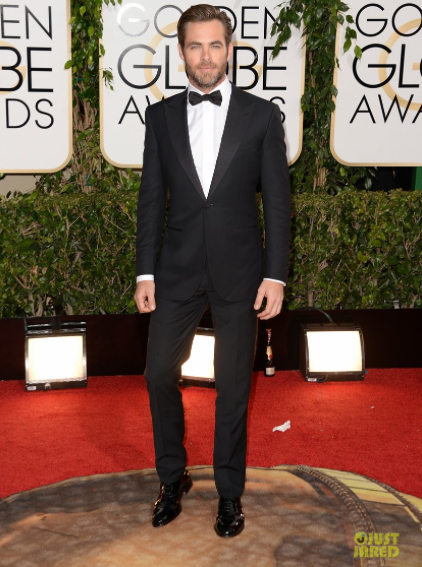 Drew Barrymore - Oh, Drew. I know she's pregnant and that makes these events tougher, but this dress looked like a DIY valentine. Major fail. 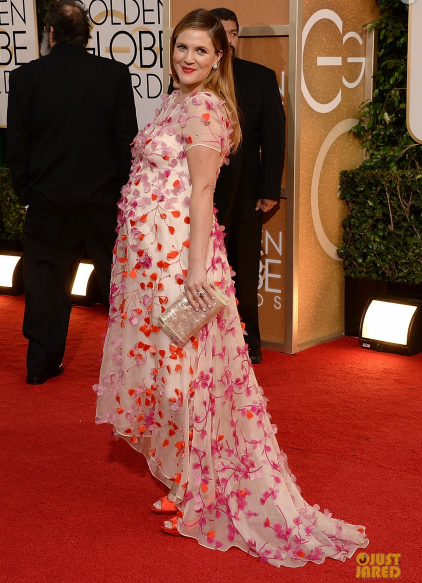 Paula Patton - Though she has a lovely and warm disposition, nothing could stop the fashion disaster that was this dress (and excess additional fabric) by Stephane Rolland Couture. 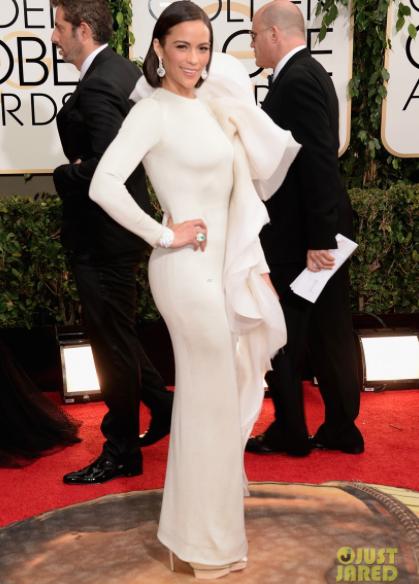 Jennifer Lawrence - I love Jennifer as much as the next girl, but she totally lost her way with this dress choice. From the couch one of my friends commented, "She looks like Ariel from The Little Mermaid when she makes a dress from the ship sail." That side-by-side image is already zipping around the internet. 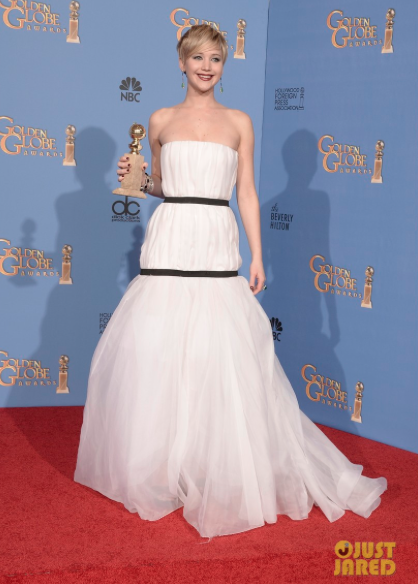 Julia Roberts - I cannot understand why Julia Roberts tucked a men's dress shirt into the top of this figure hugging Dolce & Gabbana dress. Without the white shirt, it could have been wonderful. 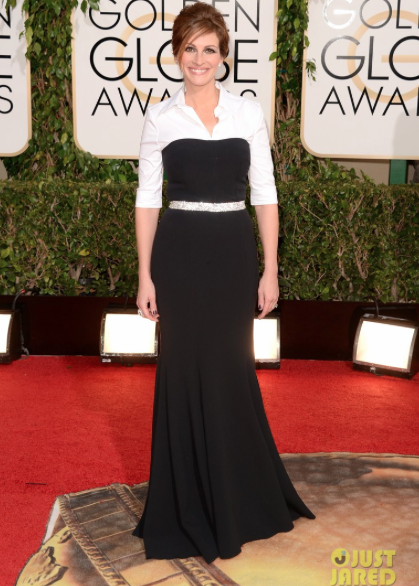 Elizabeth Moss - I can't get behind this overly textured dress. The colors are muddy and the embellishments are flashy and look cheap. Thankfully this dress didn't stop her from taking home an award. 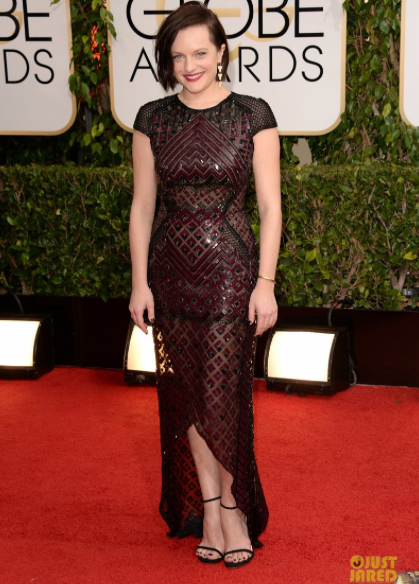 Amy Adams - When she stepped out of the limo tonight it was clear she made her dress choice channeling her American Hustle character. The plunging neckline and gratuitous cleavage scream con woman Sydney Prosser. I wish she hadn't gone this route and instead opted for a classy gown. 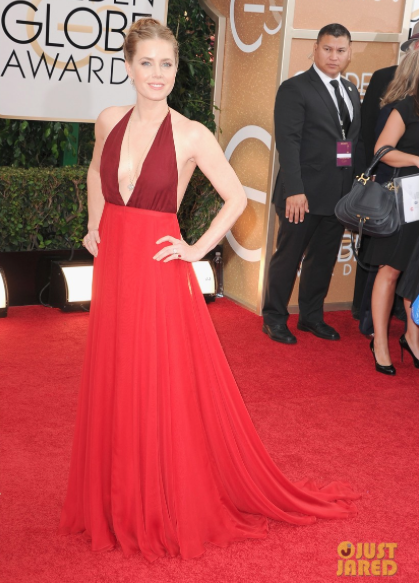 There you have it! Those are my picks, who do you think brought their fashion A game tonight?

*All images courtesy of Just Jared.

END_OF_DOCUMENT_TOKEN_TO_BE_REPLACED

Stories from The New York Times column, Modern Love, are now available as a TV show on Amazon. Hollywood A-listers bring to life eight of the essays.