Since accepting my current job two years ago, I have had the great fortune to travel all over the country for work. This week I was in Los Angeles.

The last time I was in L.A. I stayed at the Omni downtown. This time we booked rooms at The Standard on Sunset Blvd in West Hollywood. I'd been to the restaurant at The Standard downtown (24/7 Restaurant), but I never realized they had a second location.

The Standard in West Hollywood has the same Austin Powers vibe I felt at the downtown hotel. When you first enter the lobby you see these mod swinging chairs hanging from the ceiling. 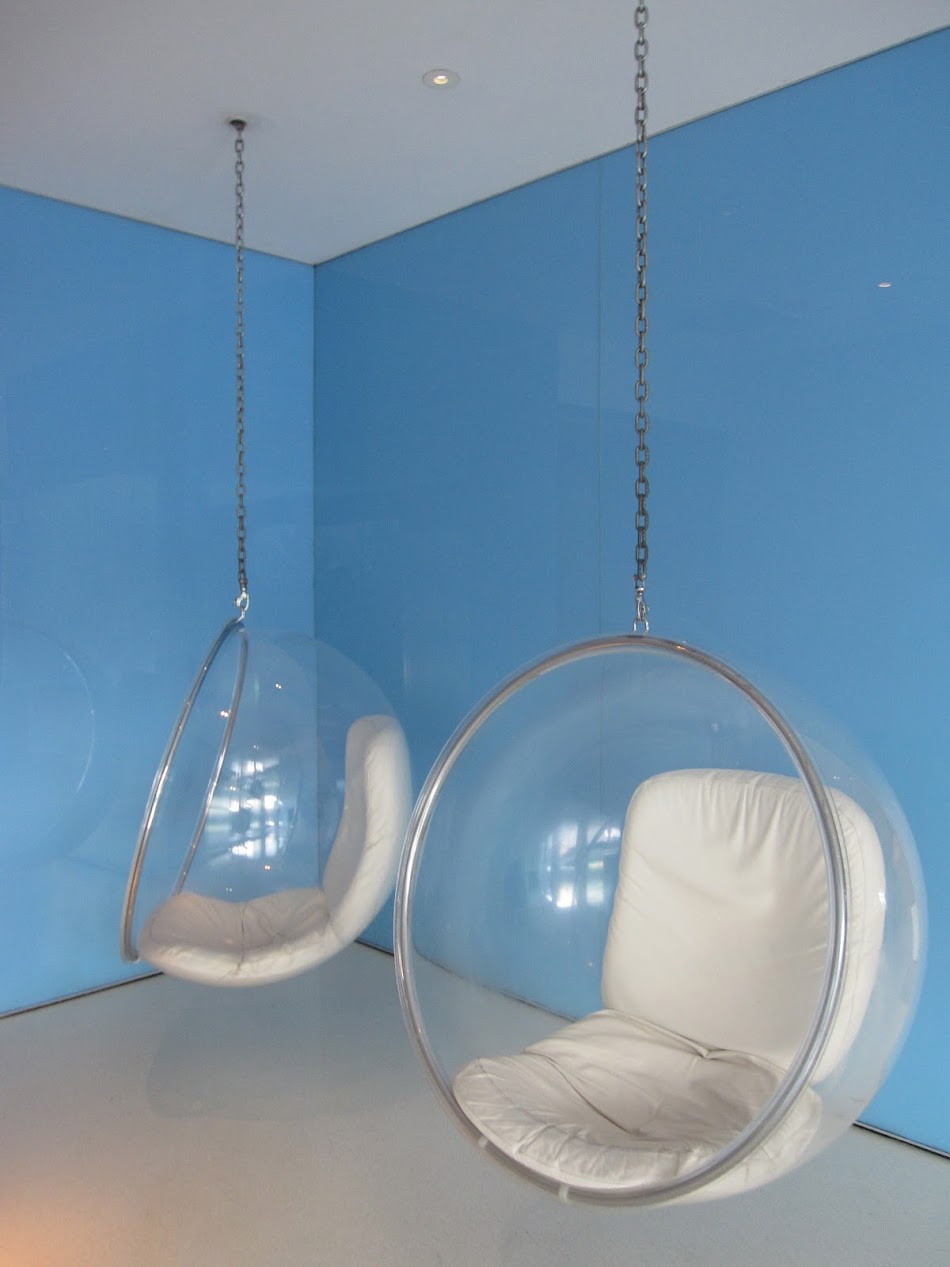 The lobby has plenty of seating (low to the ground, careful if you're wearing a dress or a skirt!). When we arrived mid-afternoon there were several people sitting there working on laptops. 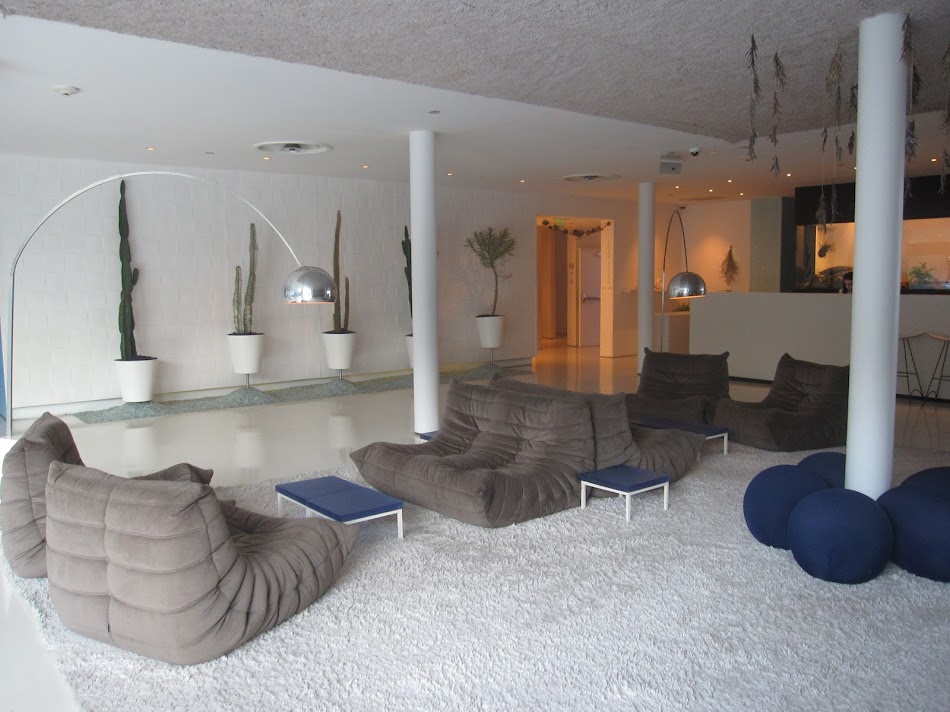 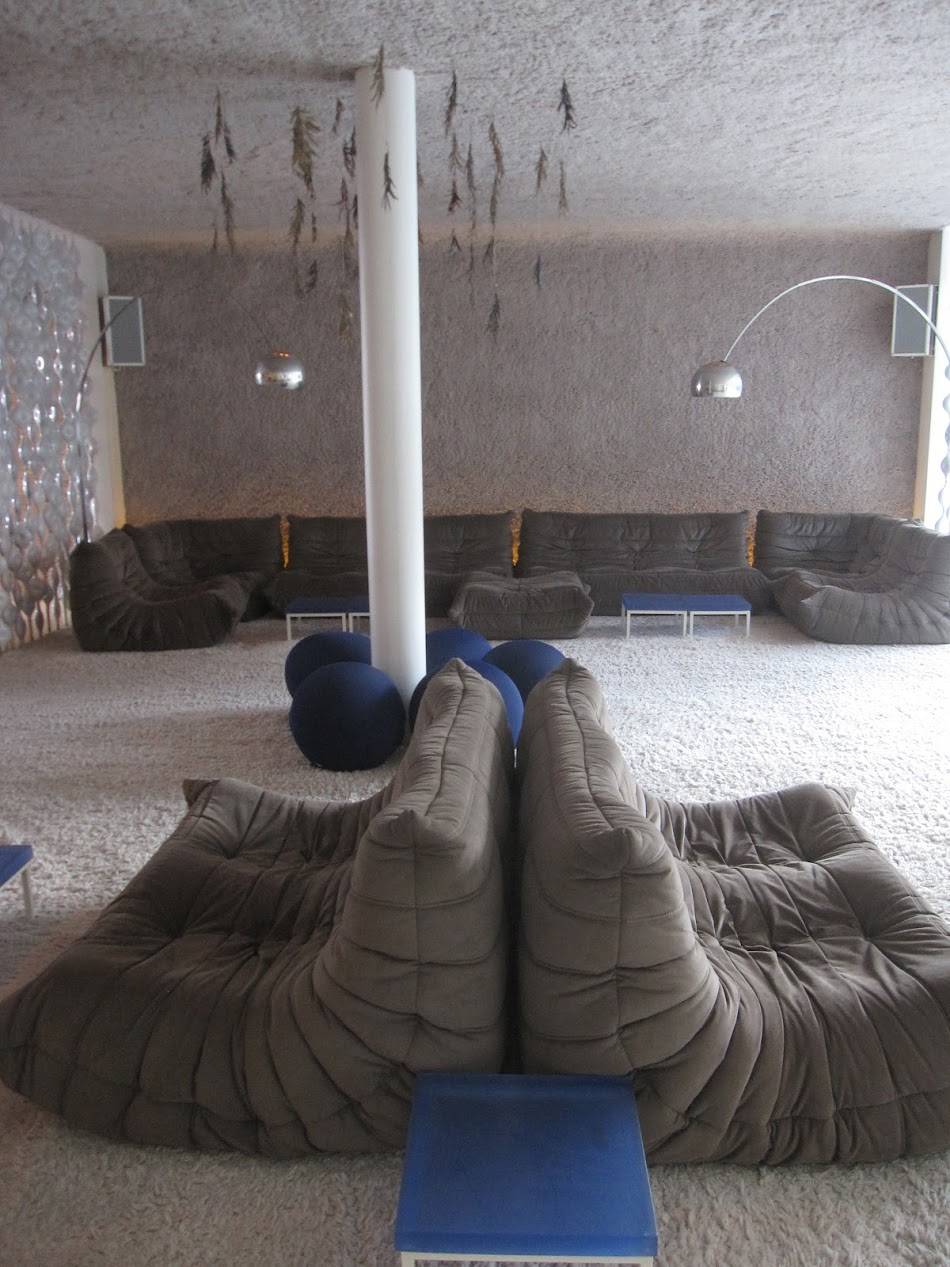 I loved the wall of cactus plants lining the area from the front door to reception. 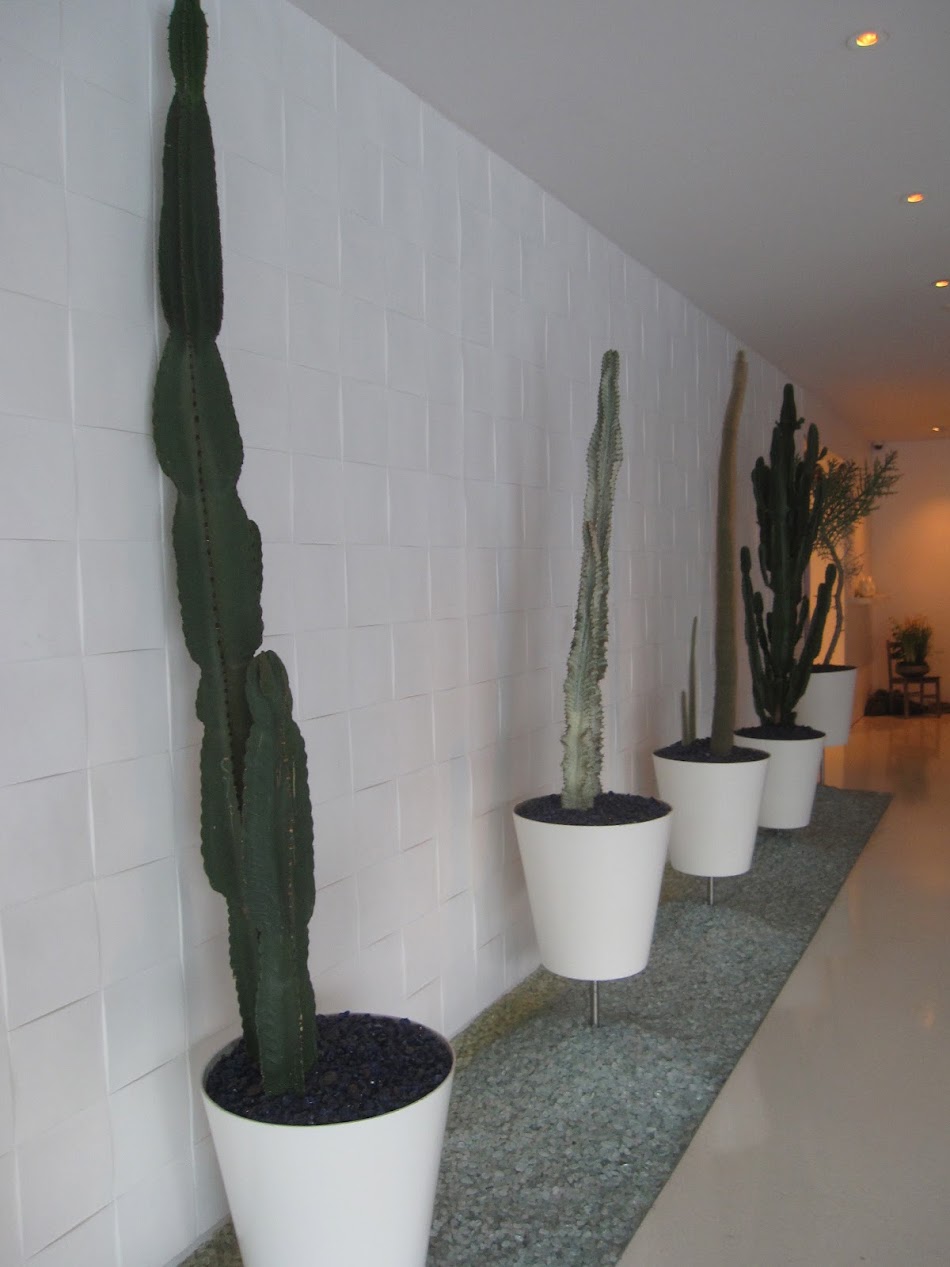 The Standard only has three floors and my room was on the top floor.

When I opened the door the first thing I saw was the bed with a blanket that had a Picasso-like print. 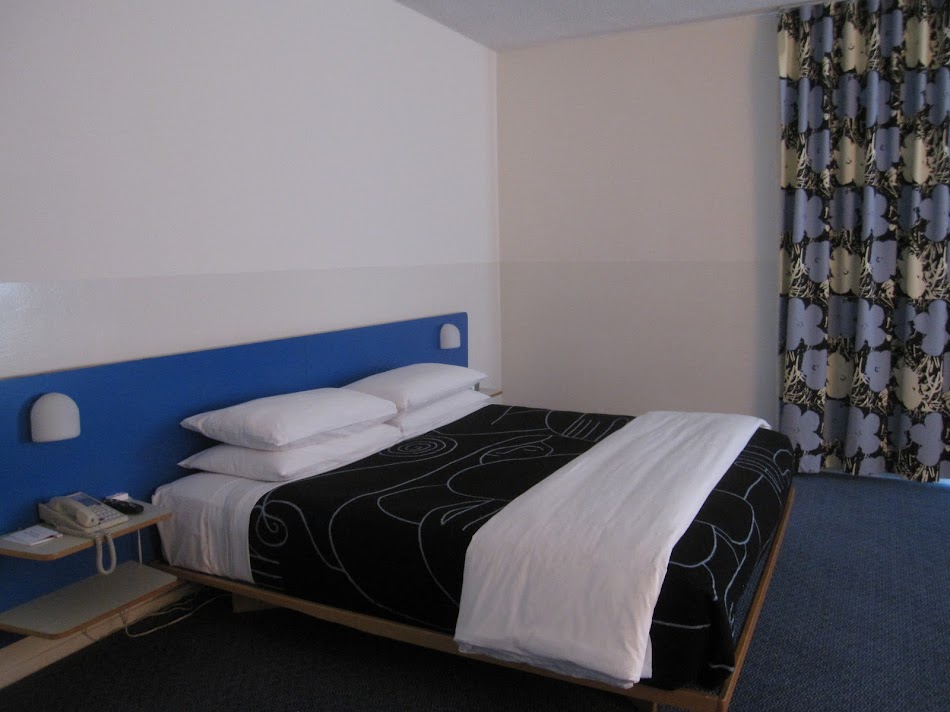 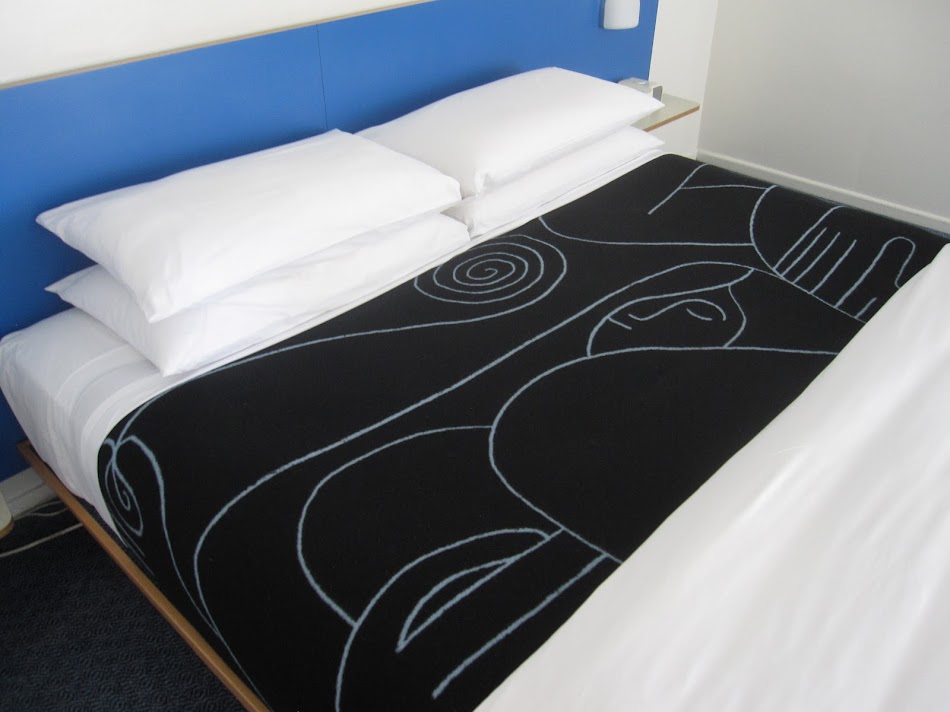 The room had blue and yellow floral curtains, very Marimekko. 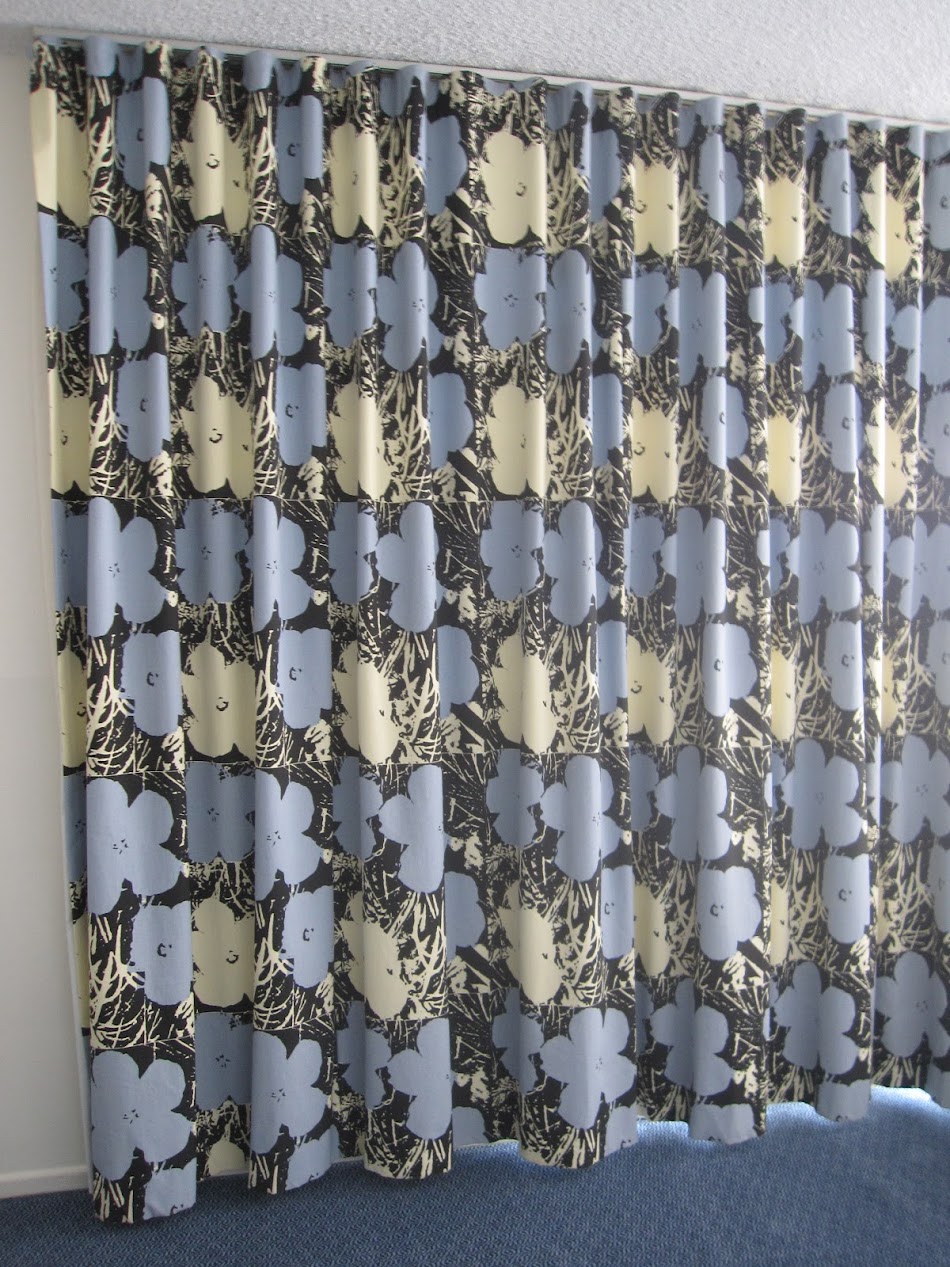 My room was absolutely enormous. I could have had a party for 30 people in there! Also, I've never had a hotel room with a bean bag chair before. 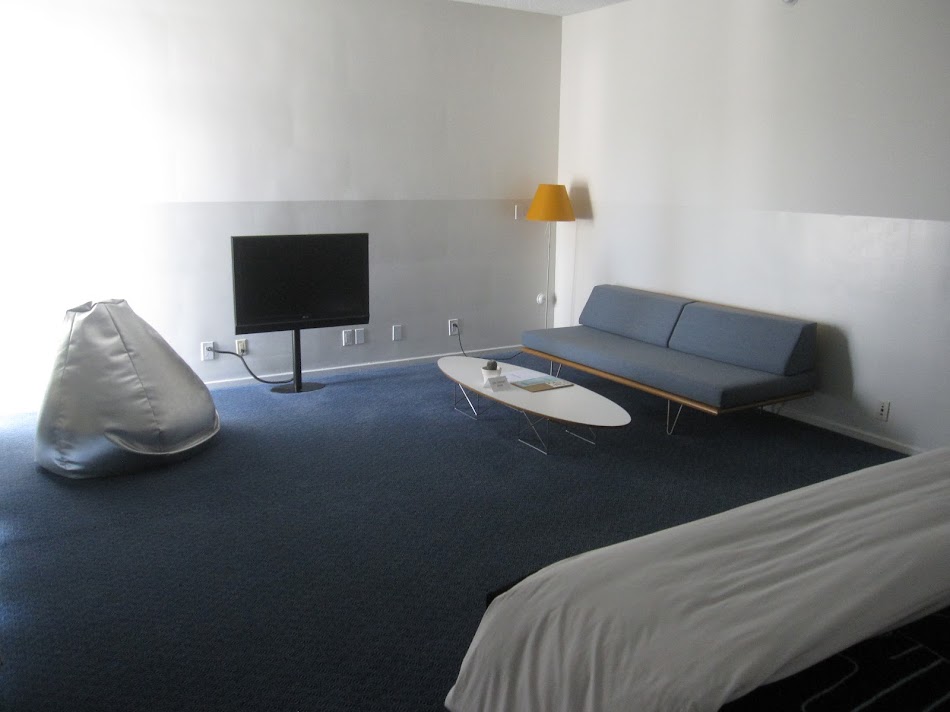 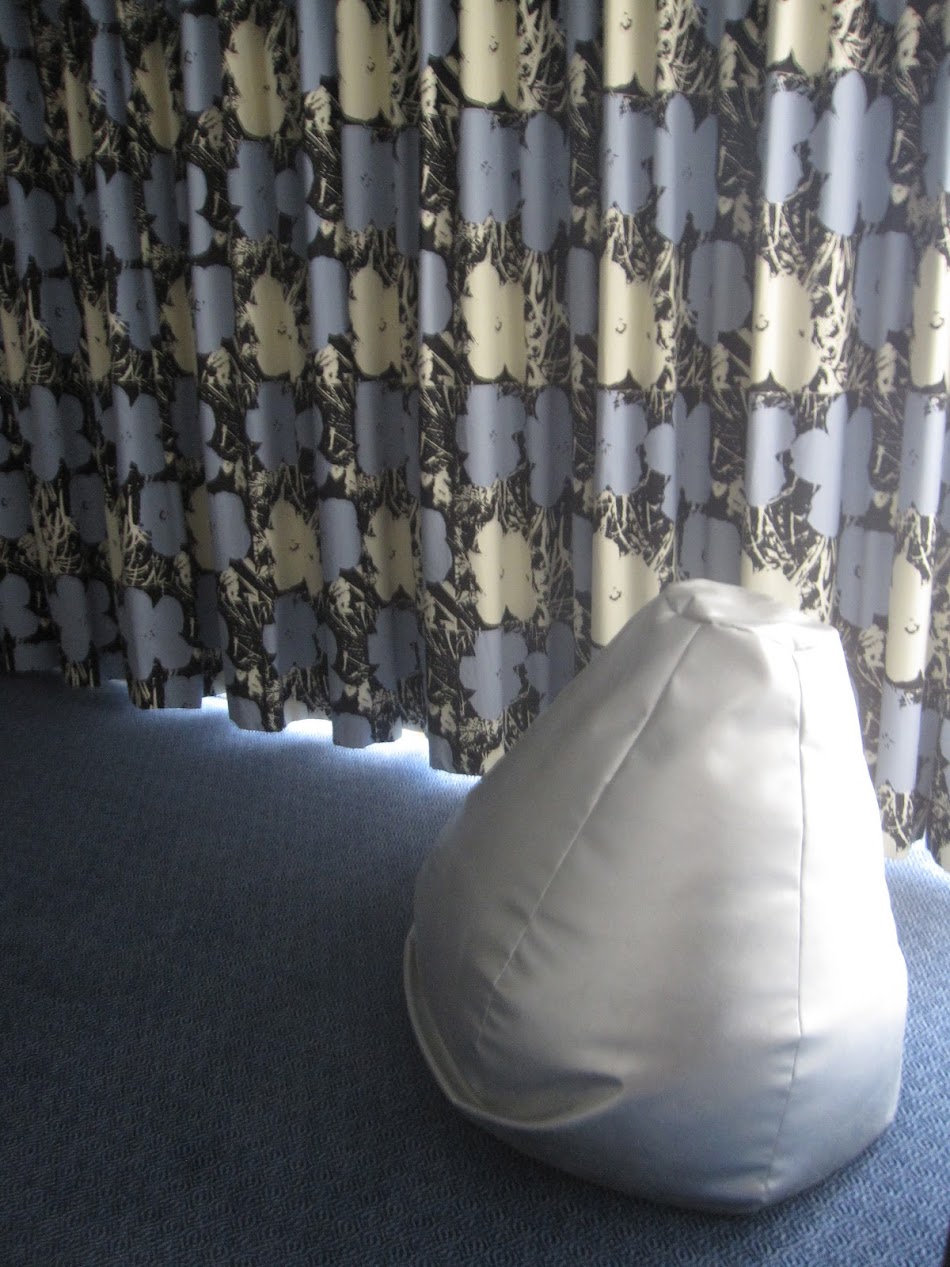 Attention all other hotels - this is how you do a mini bar. Equal parts candy and booze. 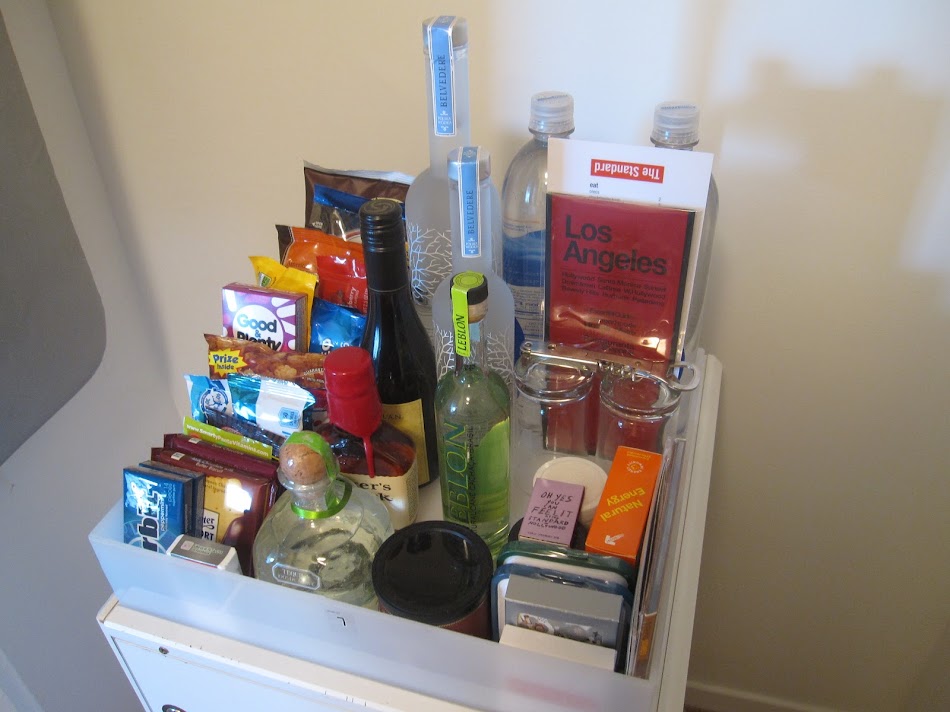 The bathroom was a bit peculiar. The sink is outside the main bathroom by itself. It's all white except for the bright orange faucet. 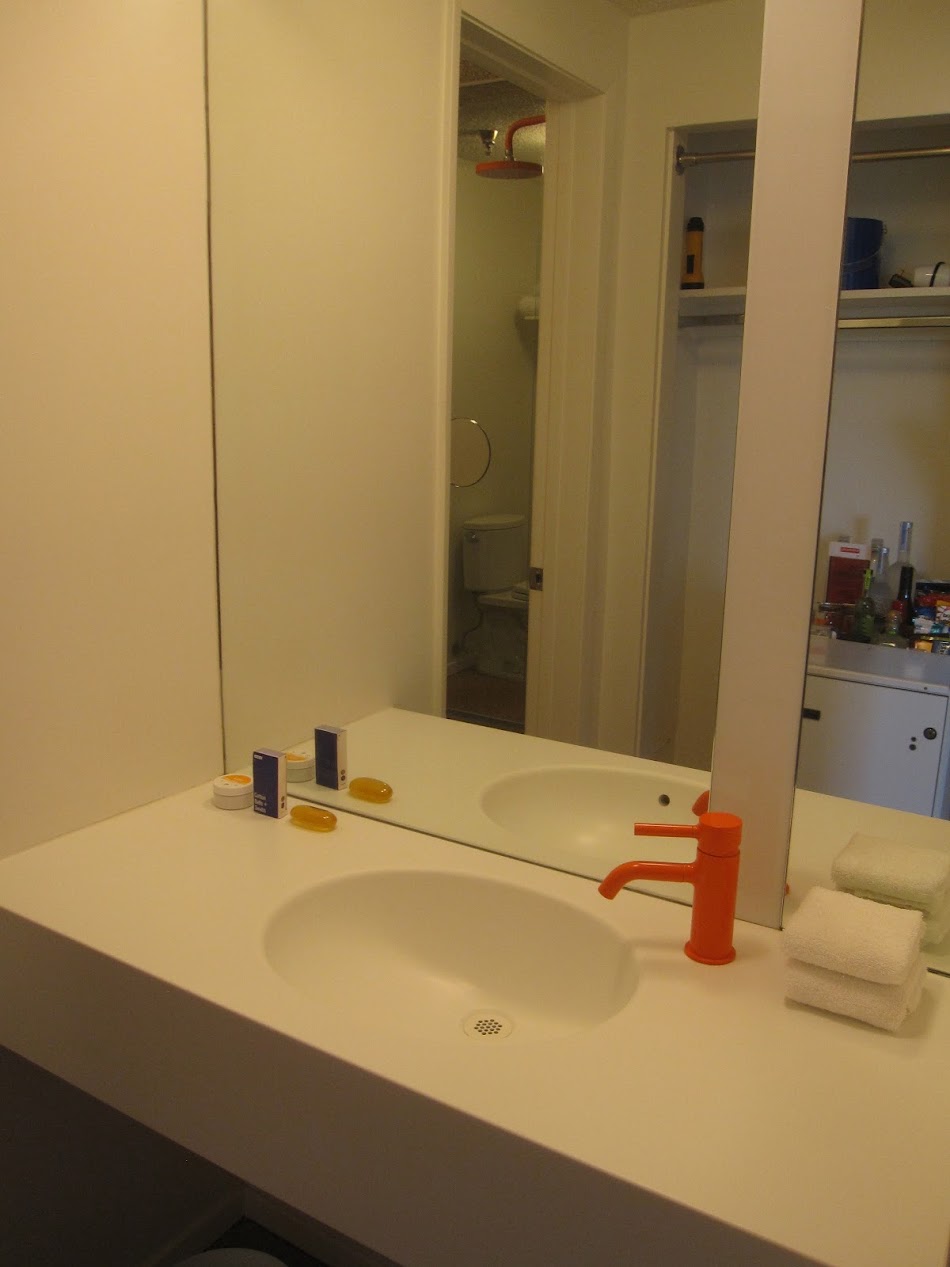 The orange fixtures continue with the shower head and handle.  I don't know how easily you can tell from this photo, but the far wall of the shower is actually a mirror. 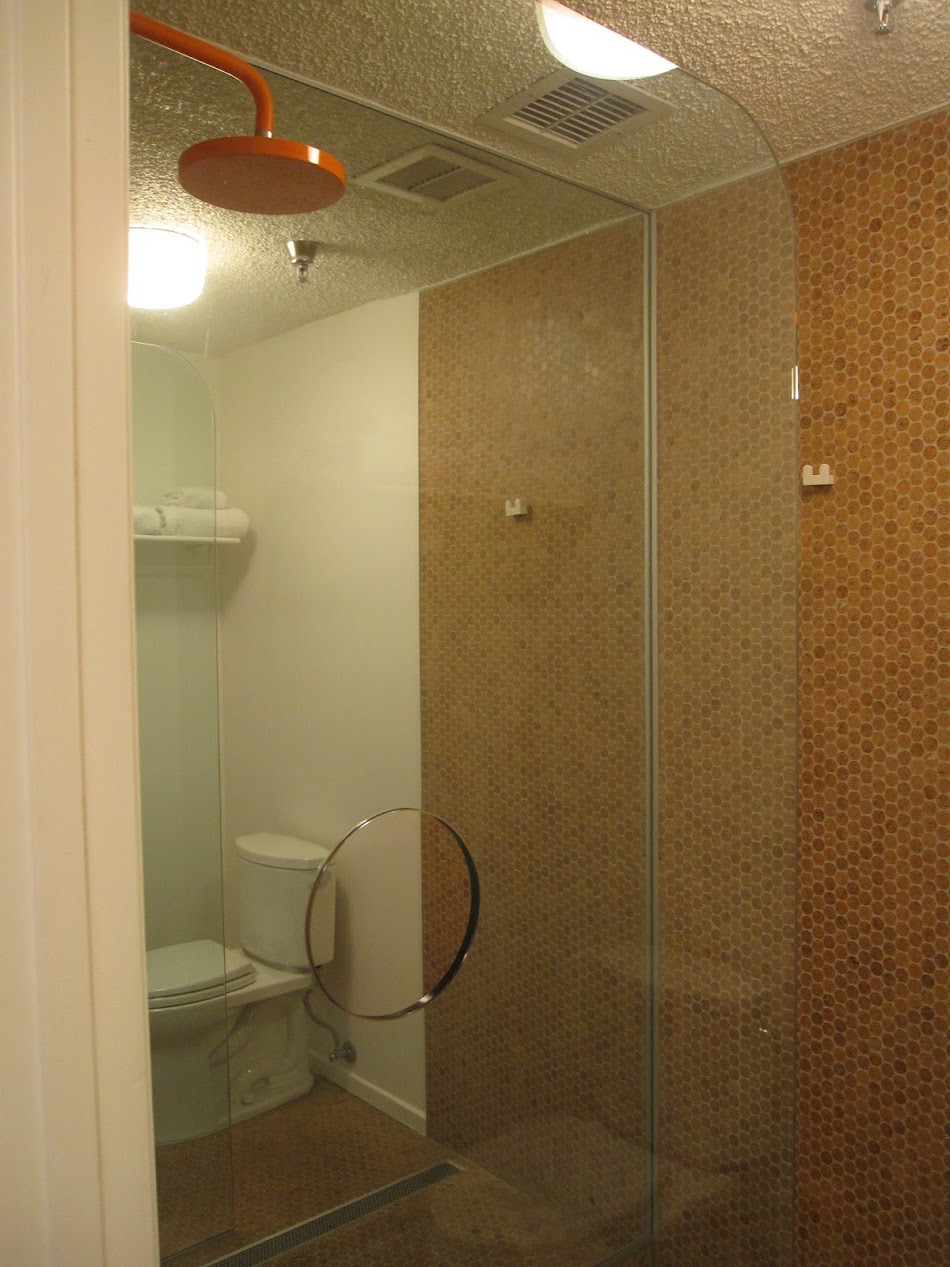 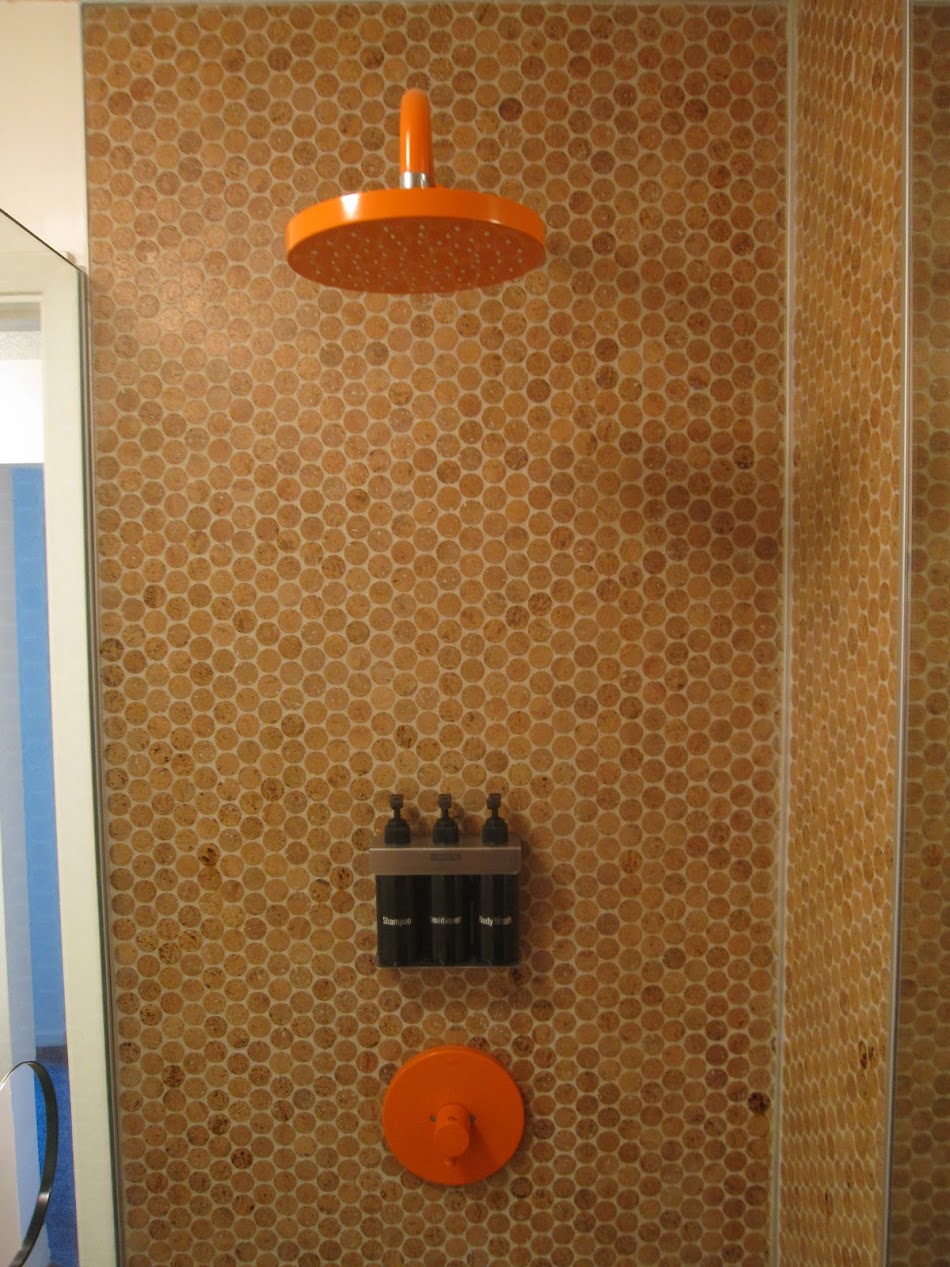 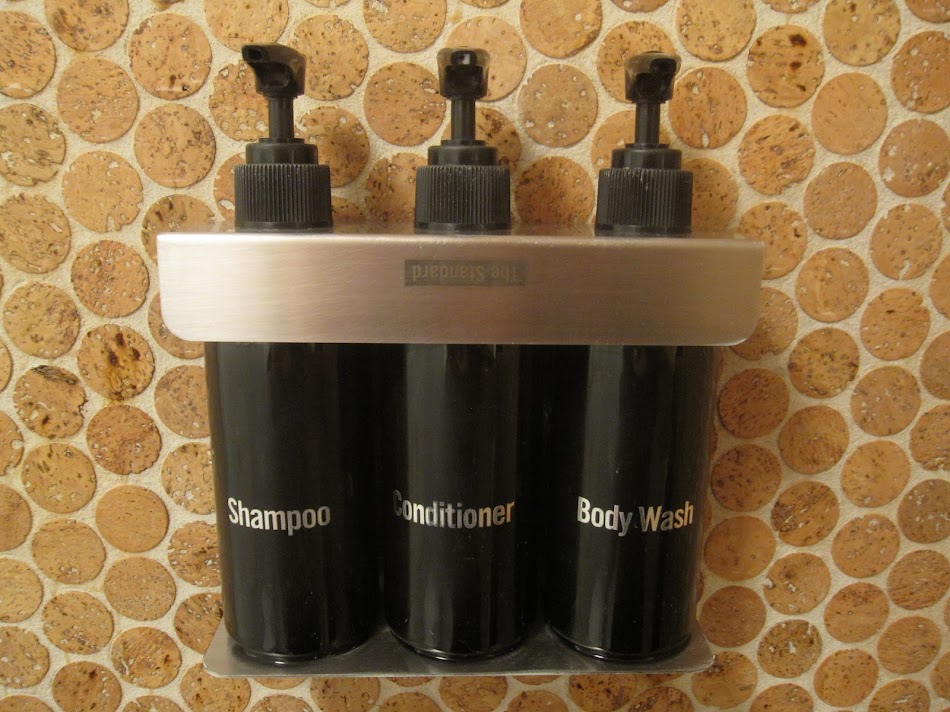 The best part of my room by far was the balcony. I opened the door and kept it open almost the entire time I was there. 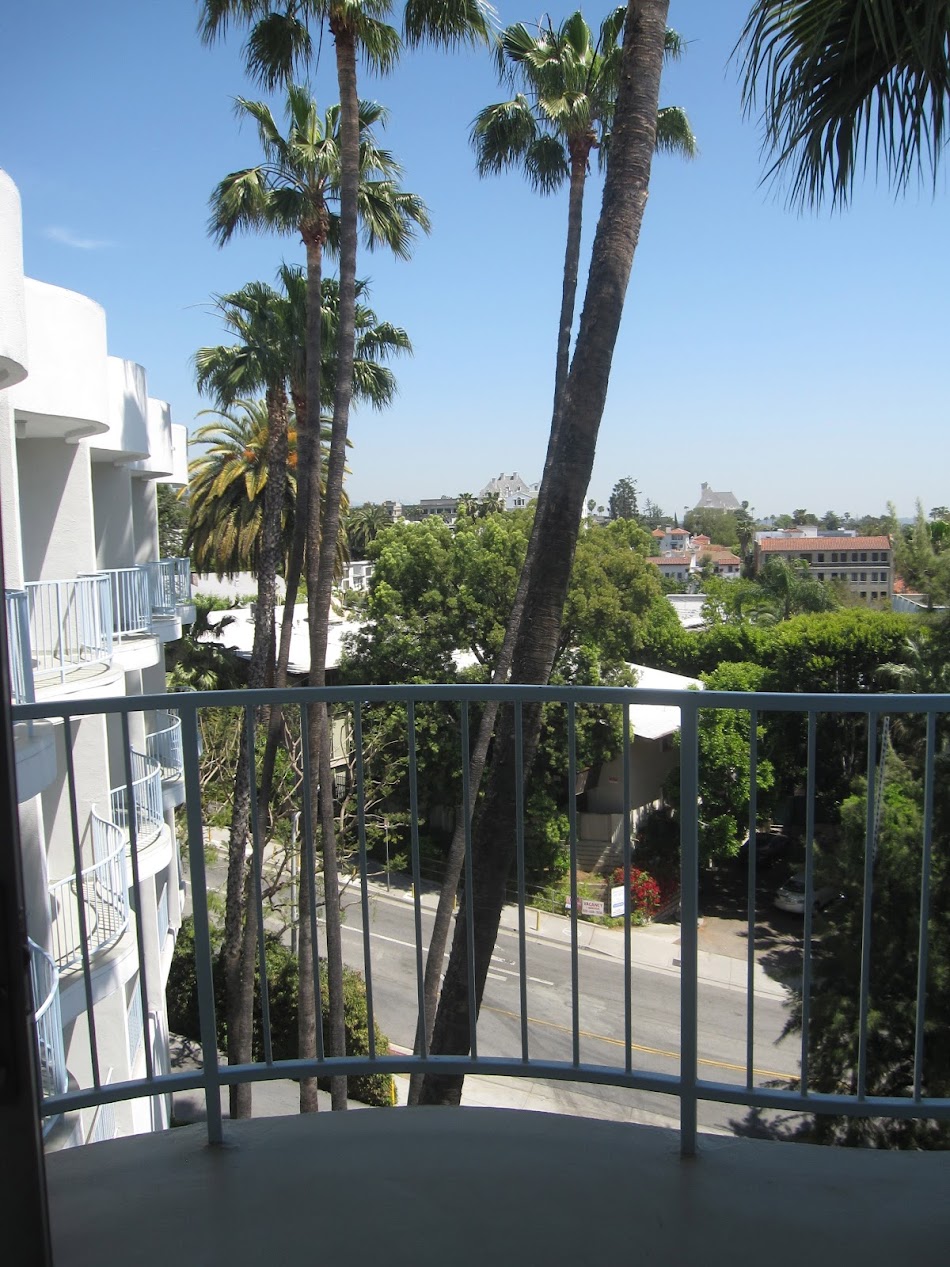 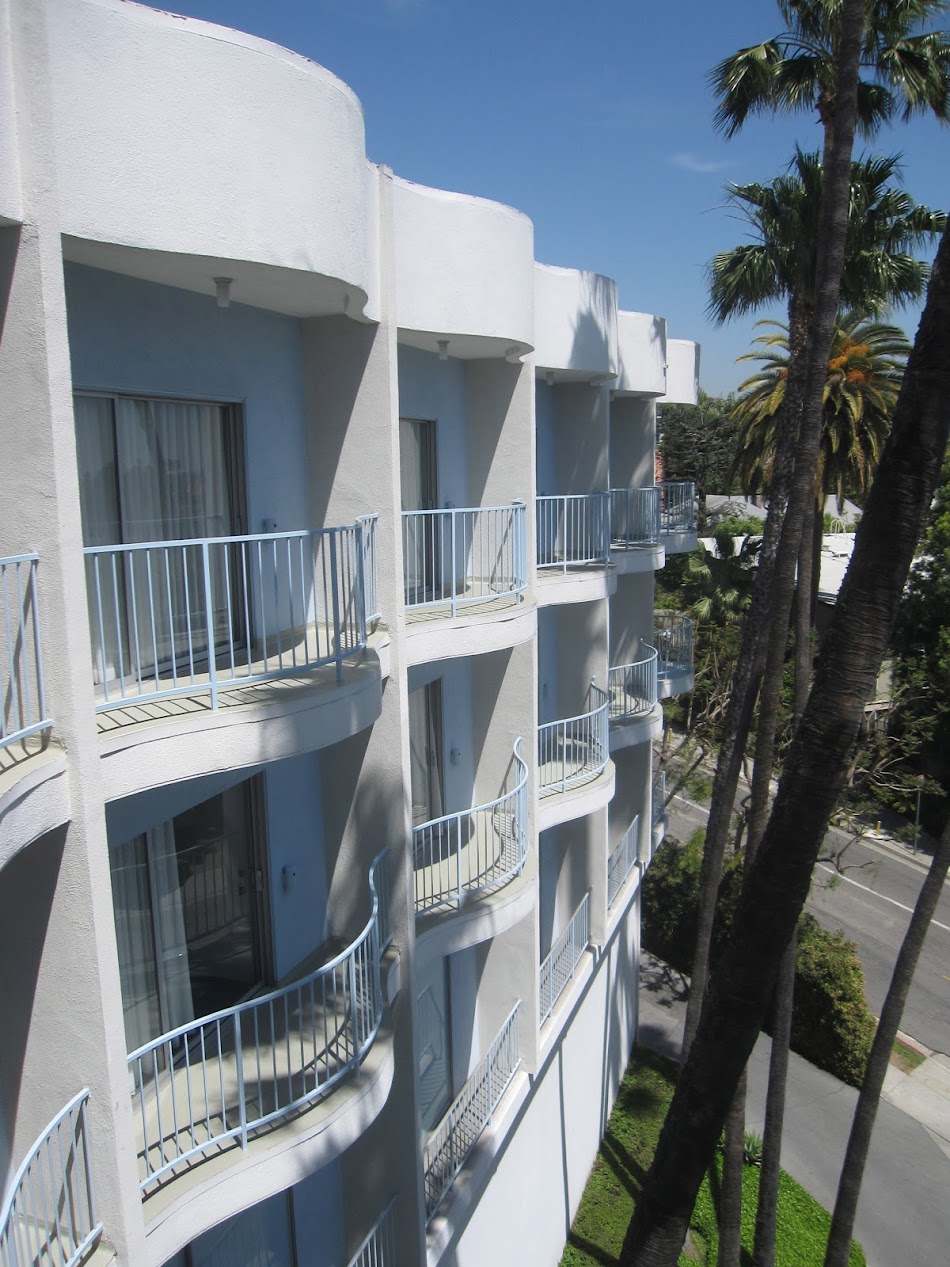 It's pretty easy to work when you have this spectacular view: 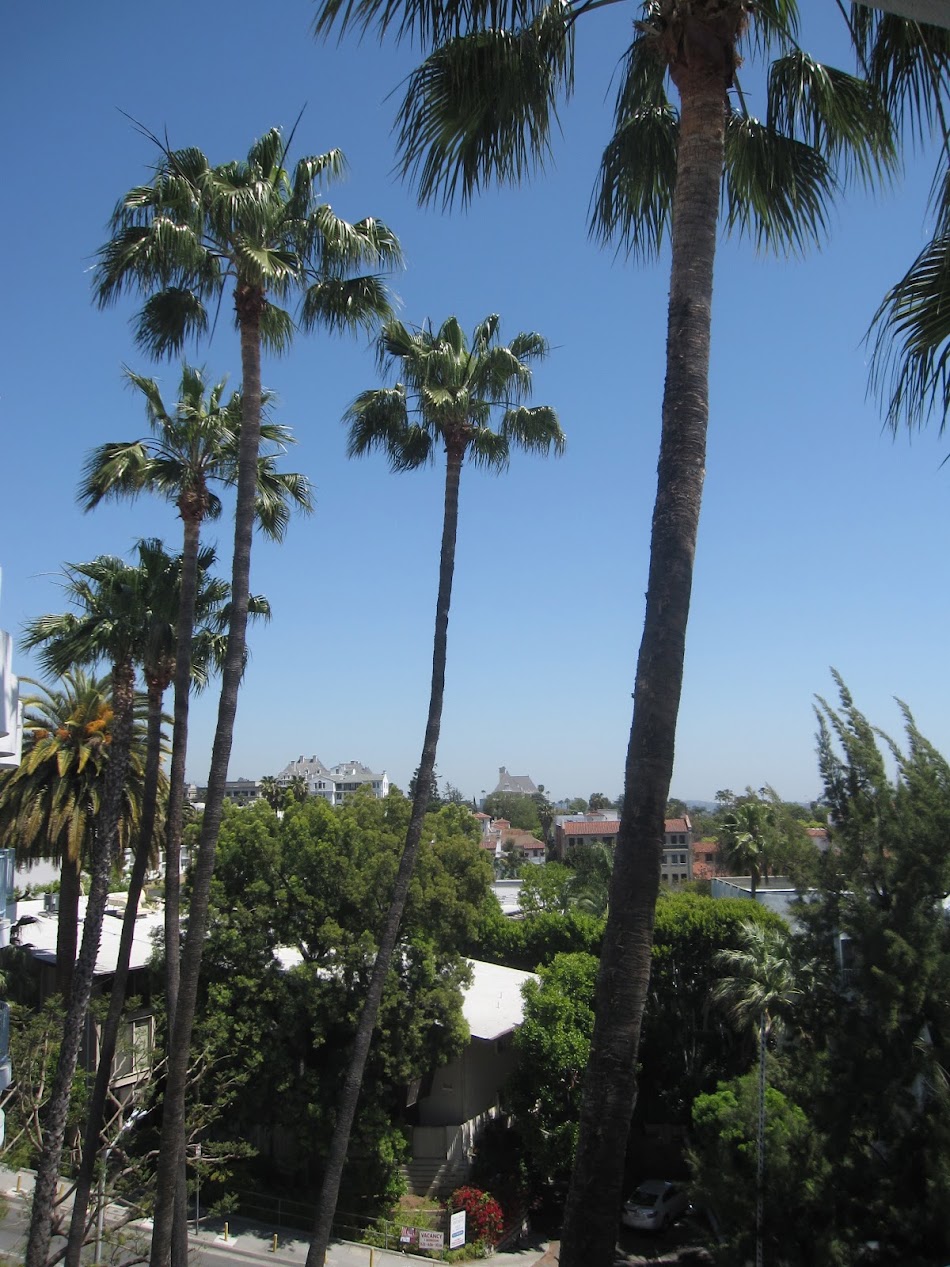 In the end, the bed at The Standard turned out to be fairly uncomfortable and I could hear people in the hallway all night. While it was nice to have a true La La Land experience, I don't think I'd stay here again.

Do you have a favorite hotel in Los Angeles?

First of all let me tell you, you have got a great blog .I am interested in looking for more of such topics and would like to have further information. Hope to see the next blog soon furniture Shop

END_OF_DOCUMENT_TOKEN_TO_BE_REPLACED 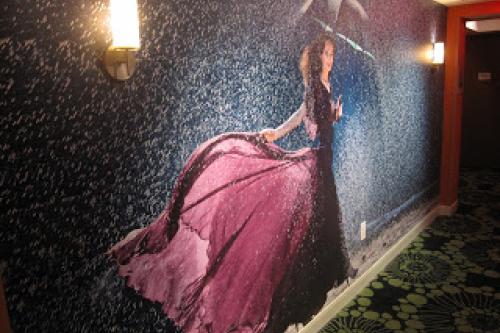 Since taking my current job on May 1, 2011, I have had the opportunity to travel all over the country on behalf of my agency and my clients. It's been a very "pinch me" experience. 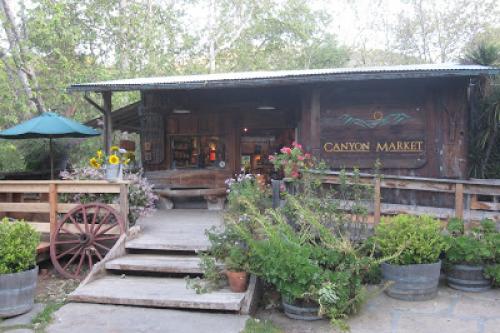 Earlier this summer I experienced heaven on earth: El Capitan Canyon in Santa Barbara, CA. I am the world's luckiest duck and got the opportunity to plan a client event at El Capitan (or El Cap, as we decided to call it). For those who are unfamiliar, El Capitan Canyon is the site of the famous glamping (glamorous camping) episode of "The Real Housewives of Orange County" on Bravo. Needless to say, they specialize in one of a kind camping experiences, whether you like to rough it or just make s'mores before hiding in your cabin. 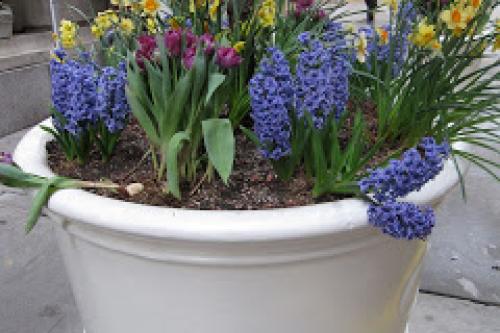 Hello readers! After a week away, I am finally back in Beantown. I was in New York City for work and had the opportunity to live for the week at the Dylan Hotel. The Dylan is located on 41st Street between Park and Madison. The location is absolutely incredible. The hotel is literally steps from Grand Central Station, two blocks from the New York Public Library, three blocks from Bryant Park and about five blocks from all the Murray Hill restaurants.