The last new episode of Grey's Anatomy was April 4th. What? Shonda, explain yourself.

Tonight I couldn't help but laugh as Meredith prepares to give birth and her biggest concern is pooping on the table. As always, she and Cristina have the most frank conversations.

Though she is rarely compassionate, tonight Cristina is the sole reason a pregnant patient allows the doctors to move forward with her emergency surgery. In that moment you realize why Meredith wants her in the room for her own delivery.

This hour April rips into Jackson saying he's at fault for all the things currently going wrong in her life. She shouts, "I'm not board certified, I'm not a virgin, and everything I care about has been ruined because of you, so thank you. Thanks for that."

Shockingly, Jackson replies, "As for as us sleeping together, I am never going to be sorry about that." Swoon. 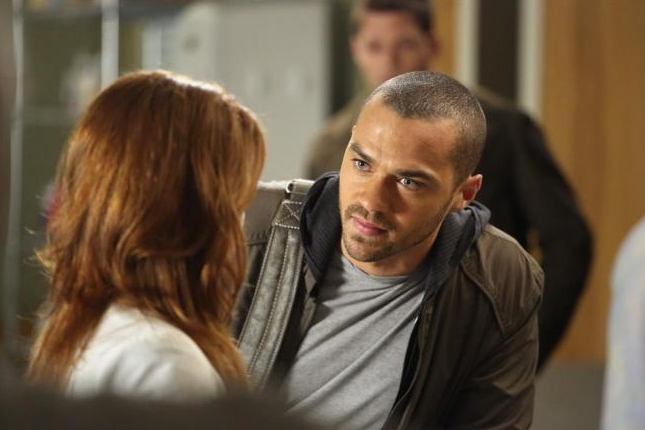 Soon after, Matthew shows up, apologizes to April and asks for a do over. Cute.

Also in the romance department, Jo tells Alex she is moving in with the OB/GYN. Later in the episode, Alex tells the beau that Jo had a really tough childhood, so he feels for her. Once Jo finds out Alex outed her past, she freaks and freezes him out. That night, Alex confesses to Cristina, "I'm such an idiot. I love her." Duh! 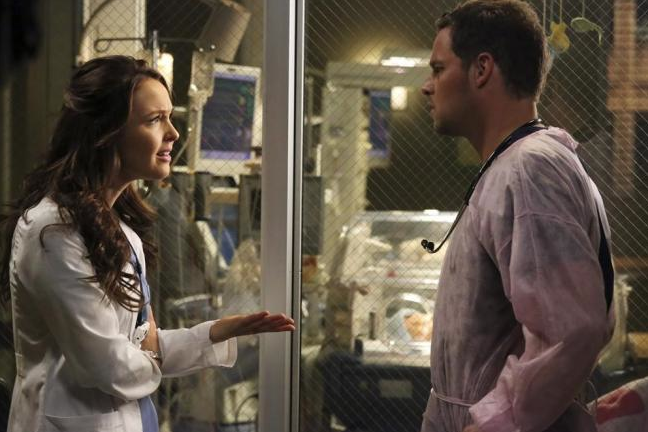 The primary story line tonight surrounded Bailey and the investigation into her deceased patients. The CDC interrogates her about every tiny aspect of those surgeries. During that conversation, we learn she scrubs to Aretha Franklin's "Think." Of course she does.

Bailey walks out of the interview session and winds up overhearing the Chief telling the parents of a patient that, "It was only one doctor and she has been isolated." We see Bailey's face drop. She walks away and immediately after the Chief admits he only said that to force the parents to authorize the procedure. Too bad she doesn't know that.

In her second session with the CDC interviewer, she starts to get concerned she has a staph infection. You can see the wheels turning in her head when she asks him, "Did I do this? I did, didn't I?" 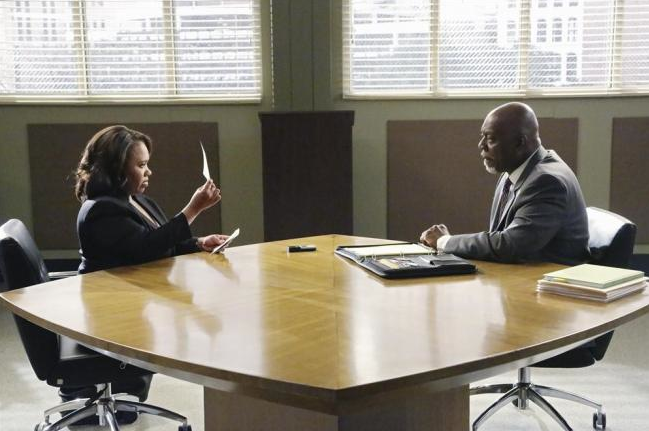 At the end of the day the CDC has to present their findings to the board and Bailey wants to be in the room to hear the results. It turns out though she has staph, it was actually faulty surgical gloves that caused the transmission of the infection. Phew!

Though Bailey is off the hook legally, she is still torn up by what the Chief said about her. The anger rises in her like a boiling pot of water and she finally spews at the Chief, "You were operating on your patients drunk and I stood by you!" She goes on to say she always defended the Chief to Adele, but now she isn't sure should have. I always loved the relationship between Bailey and the Chief, this could be an interesting twist.

In the previews we learn there are only two new episodes before the season finale. The coming attractions seem to hit that Arizona cheats, Owen wants a kid (again) and Bailey lashes out, post-scandal. I also hope Meredith has her baby!

END_OF_DOCUMENT_TOKEN_TO_BE_REPLACED 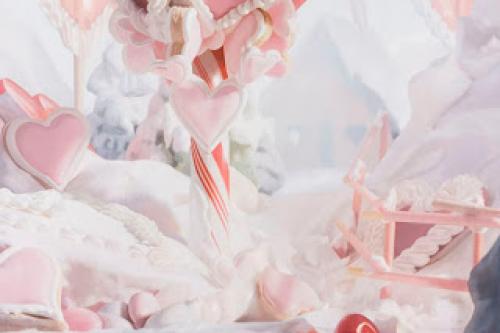 Holy Kleenex! This week's Grey's Anatomy had me weeping! Shonda, you got me again!