Since moving to Watertown, when I describe where in the town I actually live, people always say, "Oh, right by Deluxe Town Diner!" Needless to say, the place is an institution.

I had been to the diner once in college while home on break, but I hadn't been back since moving in up the street. When my twin 13 year old cousins came for a slumber party, I decided to take them there for Saturday morning brunch.

We walked down to the diner from my house and we passed the back side of the diner first, which is covered in a brightly colored mural (which faces a gas station, hence the parked cars). 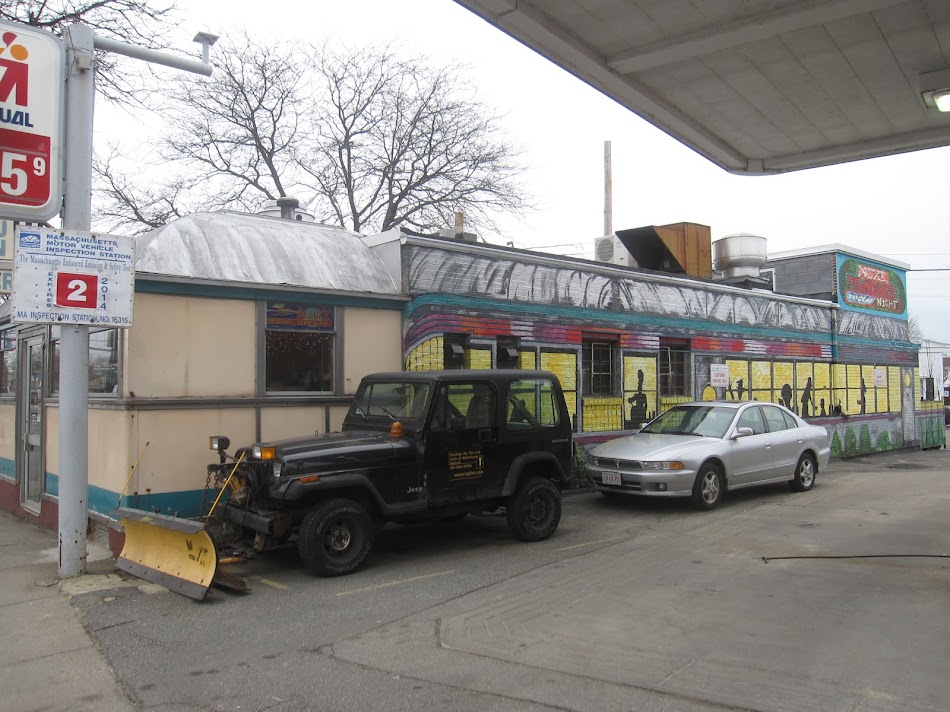 The restaurant looks like an actual diner car from the outside. 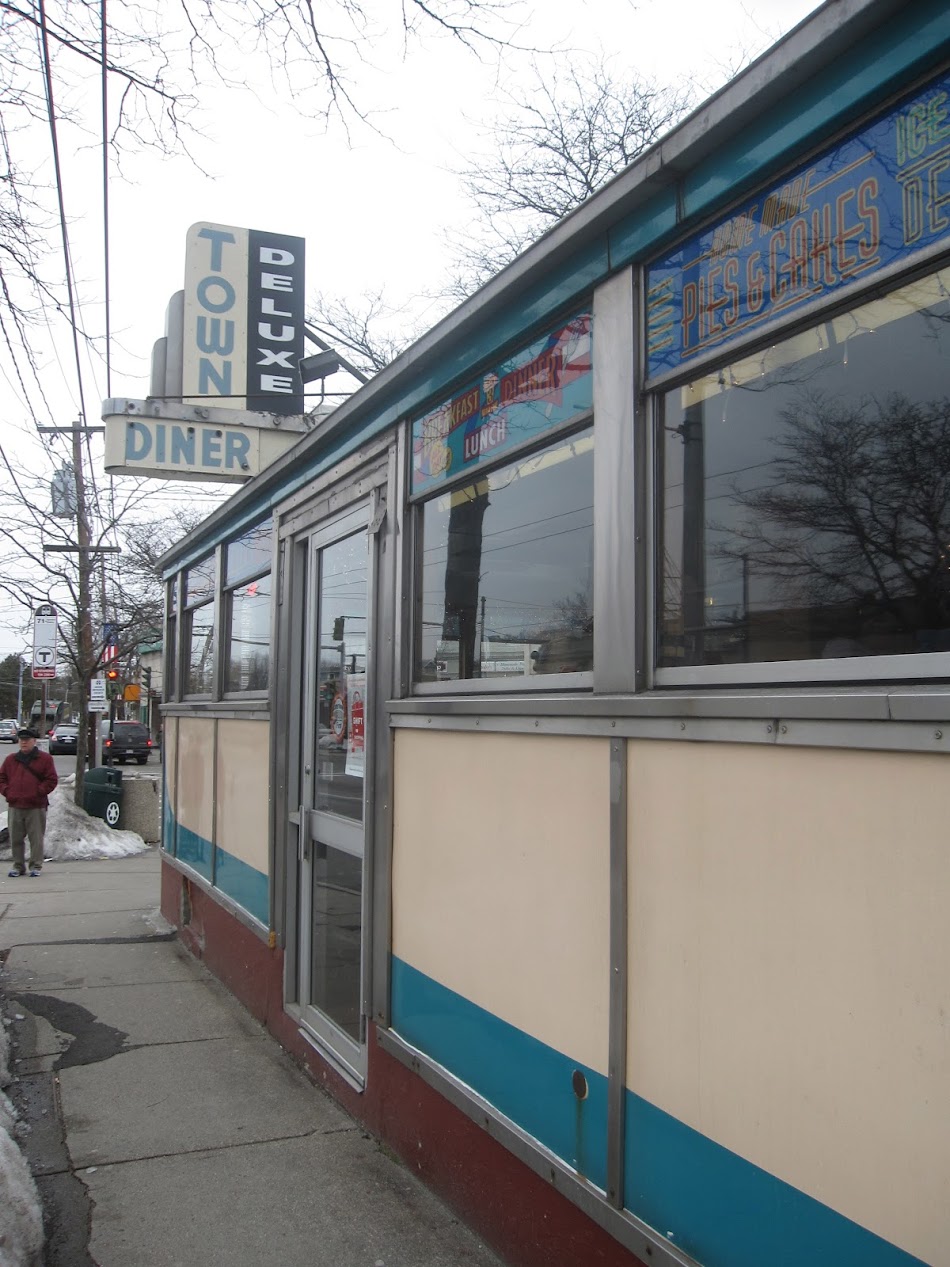 Though you can't see it in the daylight of this photo, at night, the Town Diner sign glows a bright red. It's like Watertown's version of the Fenway CITGO sign. 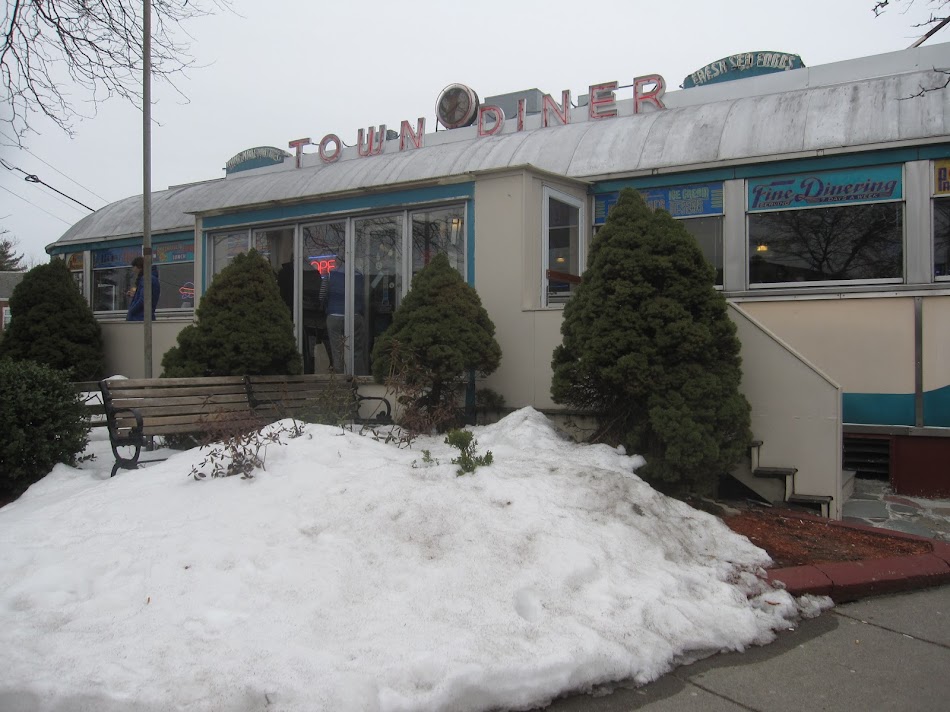 We walked in and put our name down with the hostess. After less than 10 minutes she called us and we were ready to head in.

The diner's space is split evenly between the classic diner-style counter and a row of booths that line the perimeter. 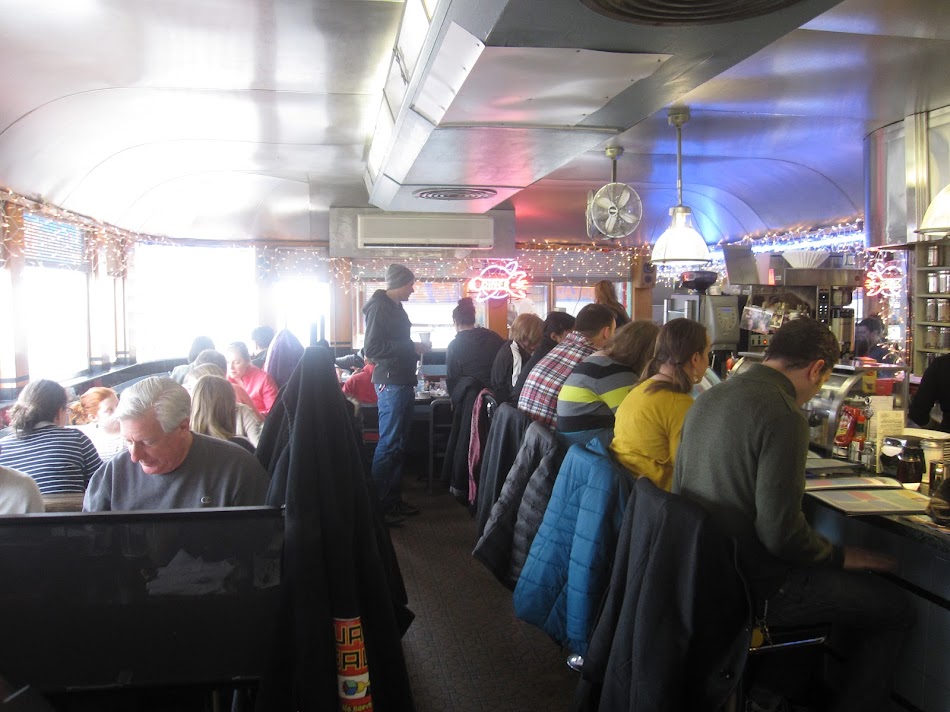 Counter seats give you views of the food be prepared as well as a front row seat to whatever is on the TV. 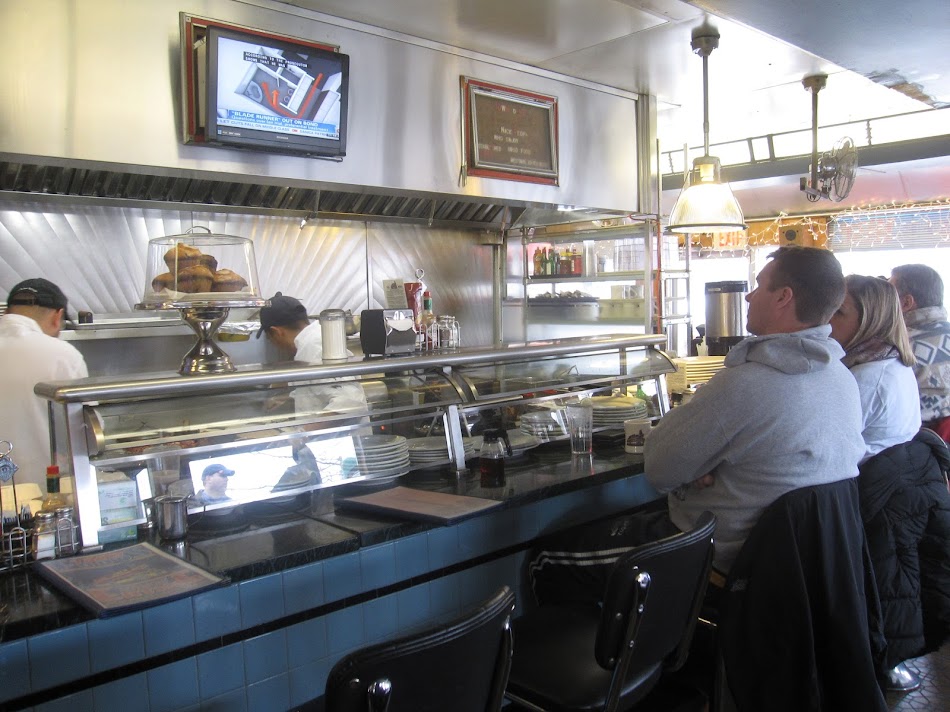 We were seated in the corner table, facing Mt. Auburn Street. We had a great view of the whole diner car, which the twins loved. 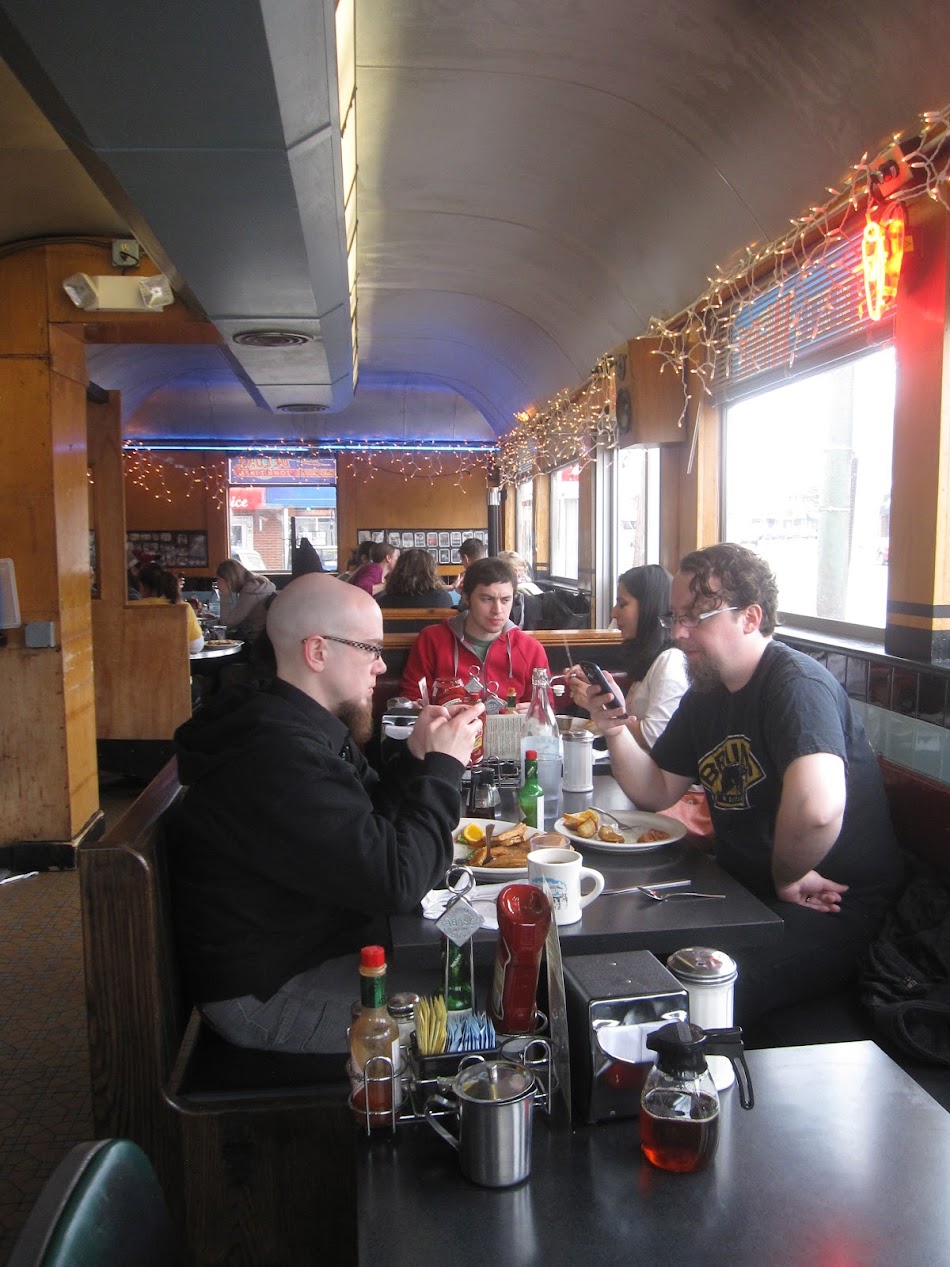 Our waitress handed each of us a menu and each copy had a different design on the cover. 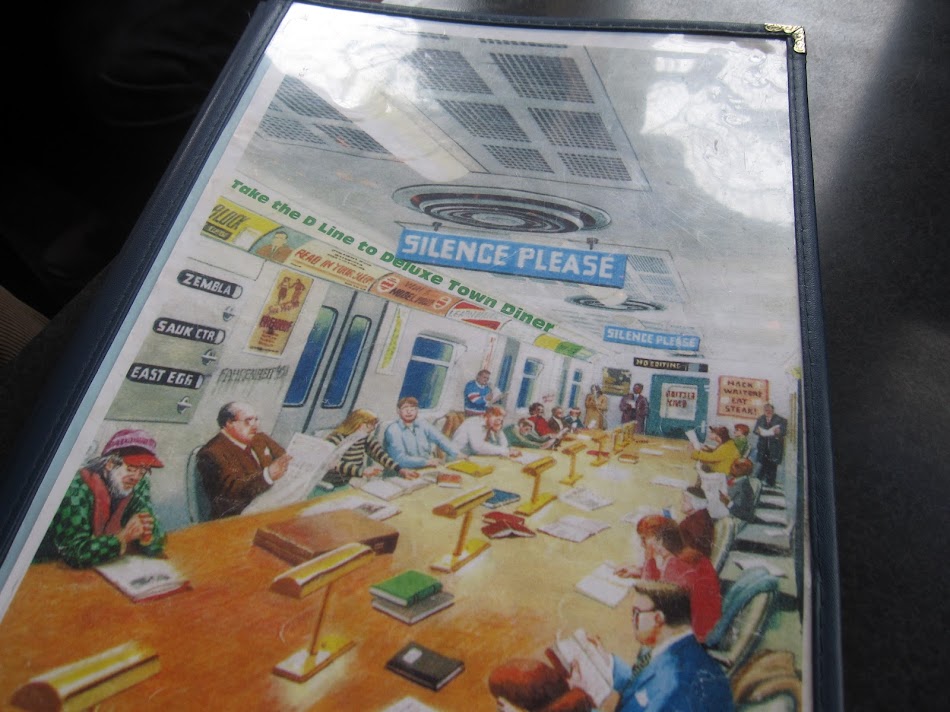 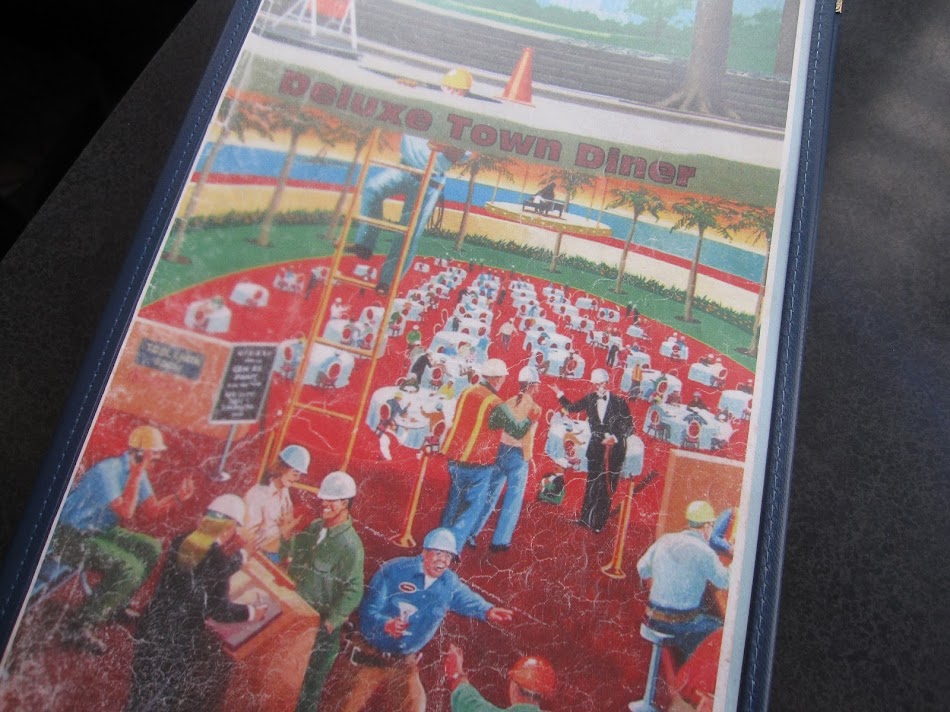 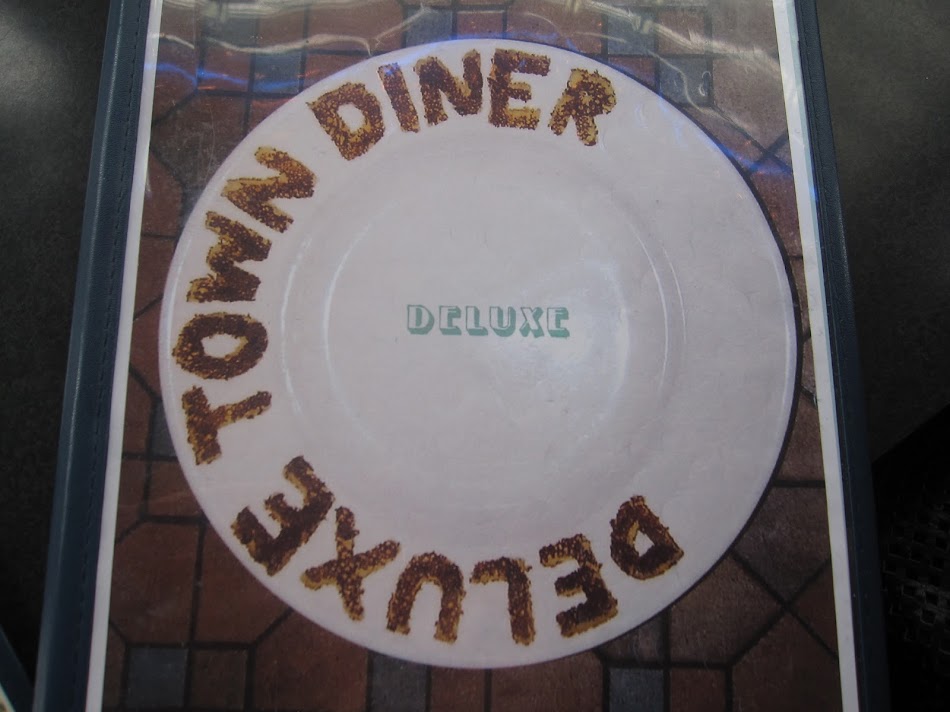 I love the one with the drawing of the plate!

We were also delivered a bottle of tap water to keep on the table, relieving our waitress of having to keep refilling our glasses. I love the design of the label on the water bottle! 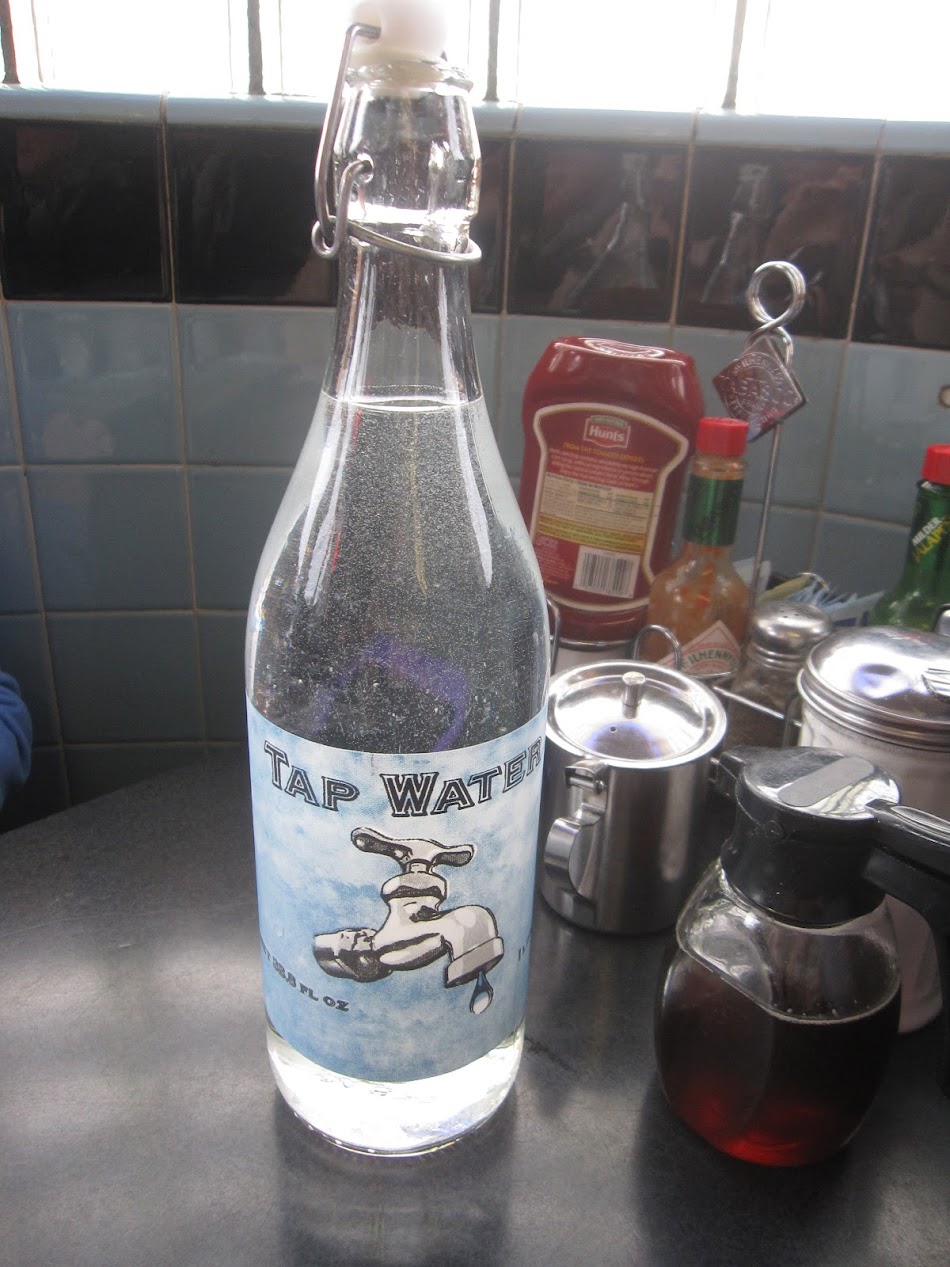 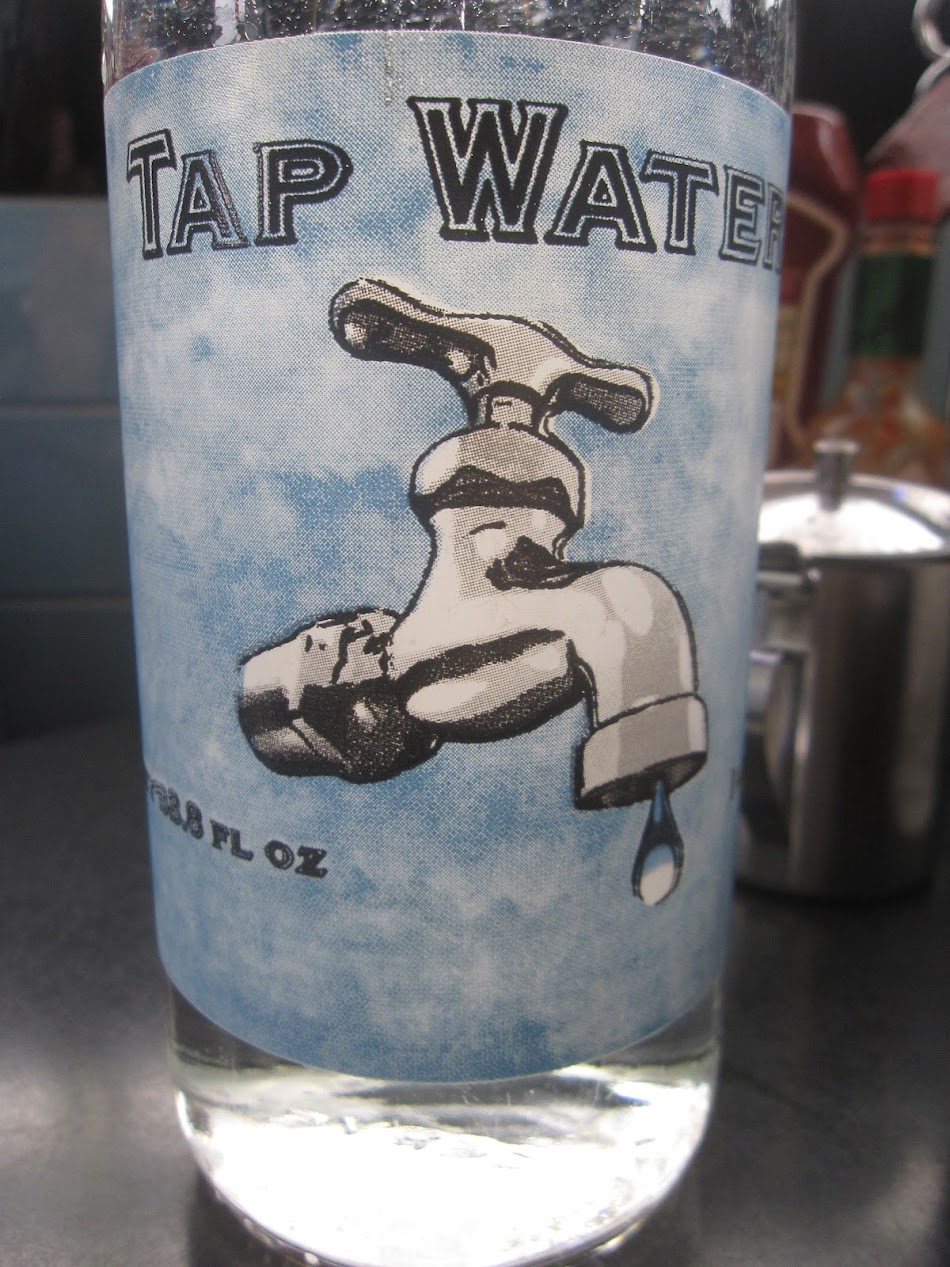 It didn't take us very long to decide what to have as we each gravitated toward something immediately.

Twin #1 ordered the salmon and egg sandwich on white bread, which came with a side of home fries. 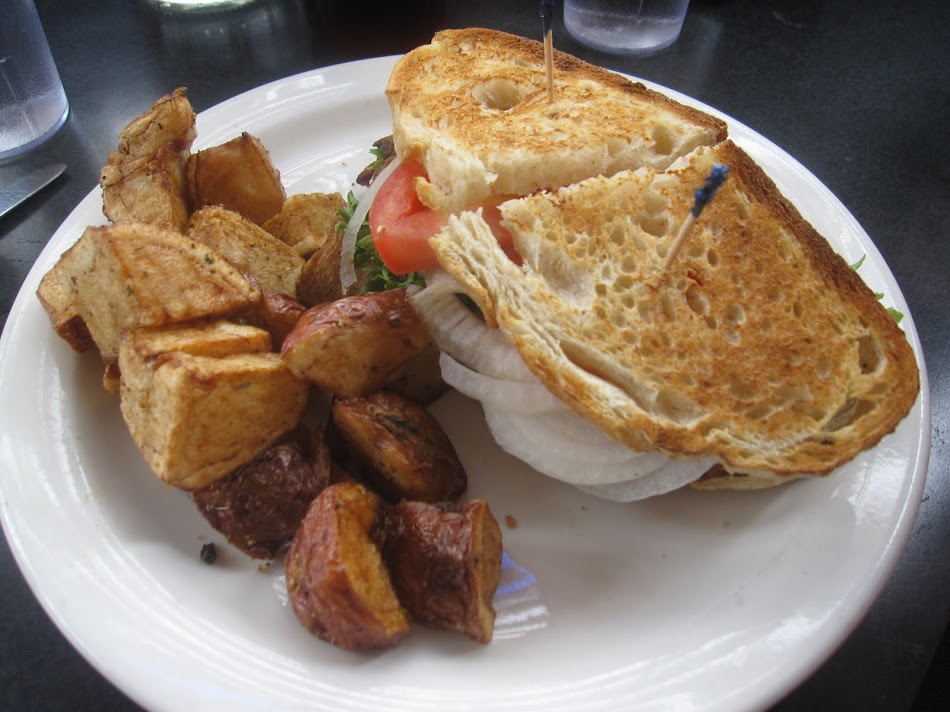 I was surprised how much salmon was pressed into the toasted sandwich. 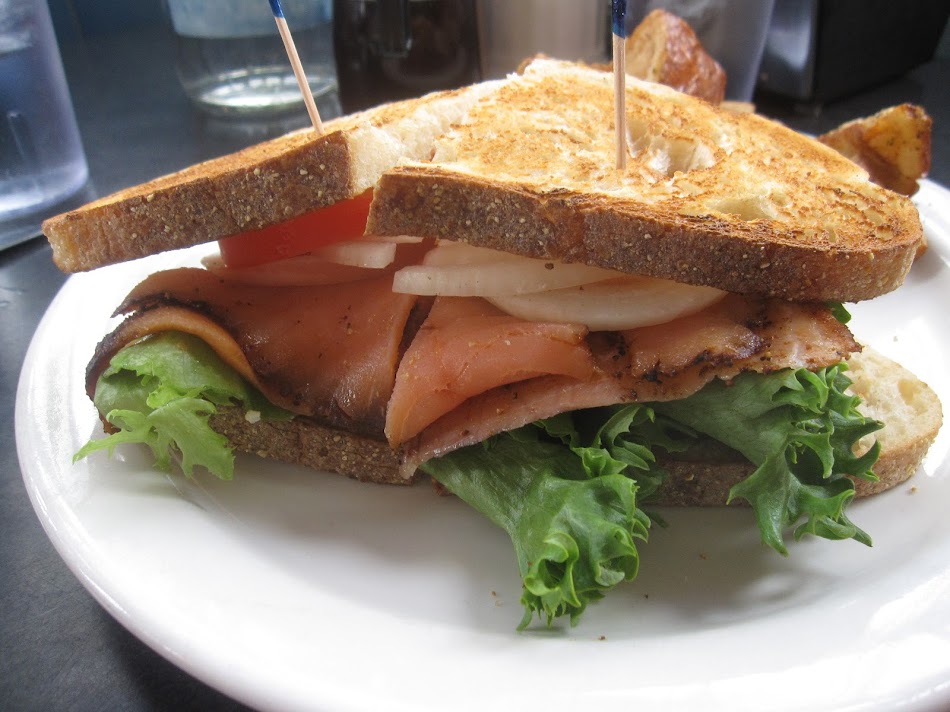 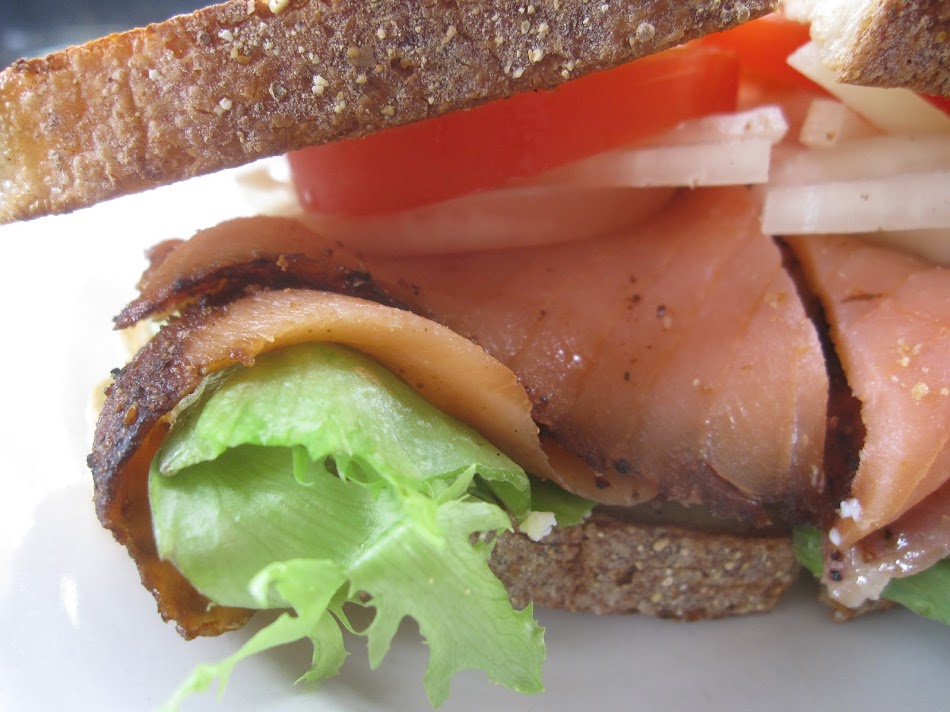 She shared, "The salmon had a lot of flavor, you could really taste the smoker. The egg was cooked expertly and the home fries on the side were perfectly seasoned and crisp." Please let the record show a 13 year old said this, verbatim.

Twin #2 went for sweet instead of savory and chose the challah French toast. She ordered the short stack, which is the smallest portion size for this dish. Any bigger and she never would have finished! 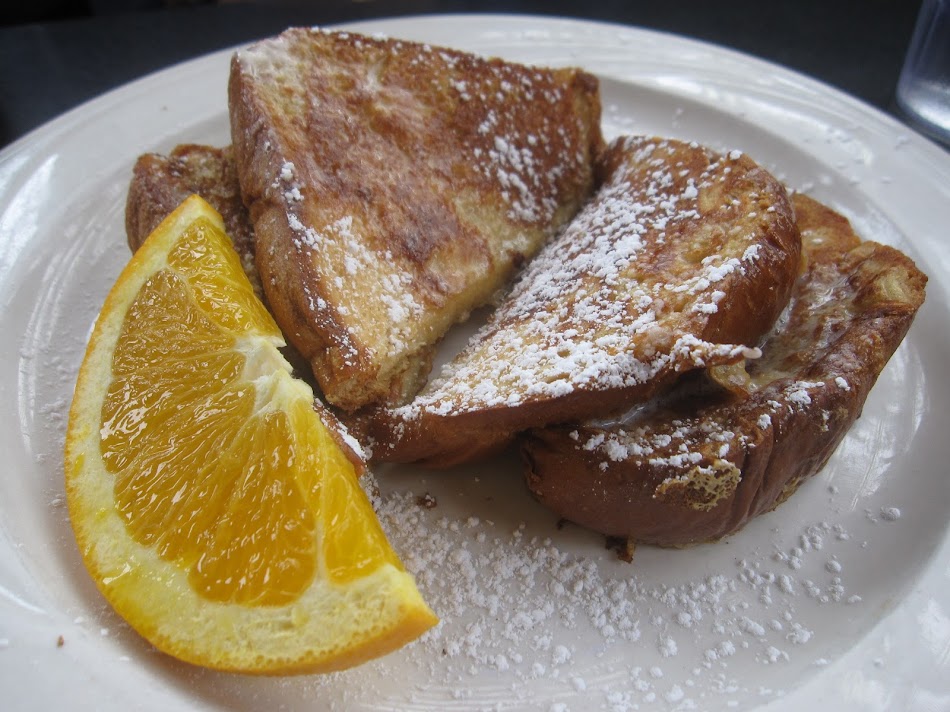 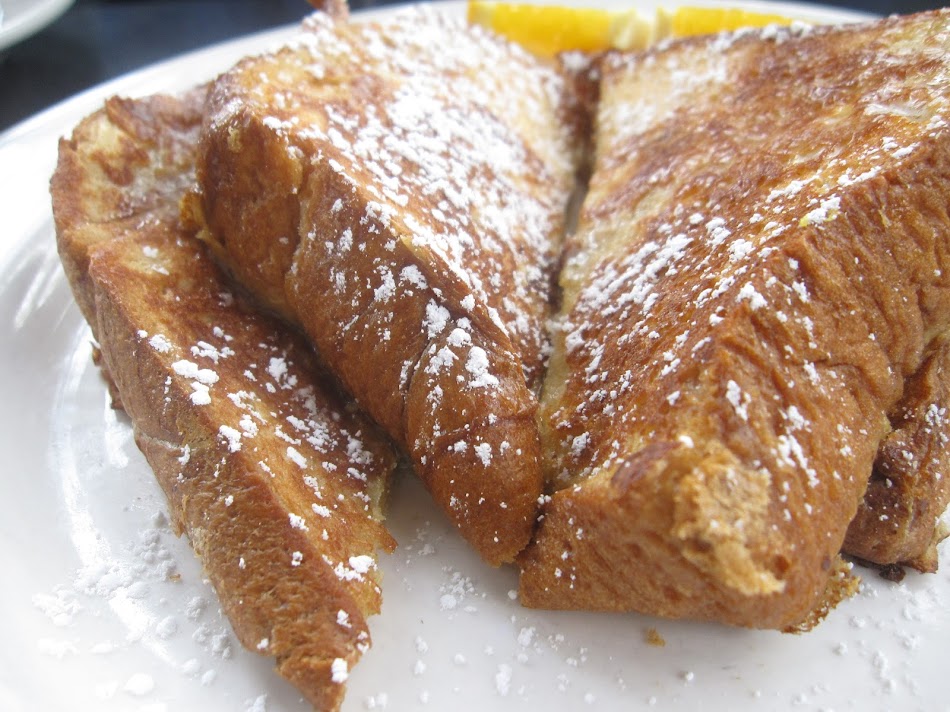 After drenching the plate in syrup she commented, "The French toast is really thick and sugary and even better with syrup."

She also requested a side of bacon and when it arrived she gushed, "These are so juicy and I really love the twirl shape. So fun." 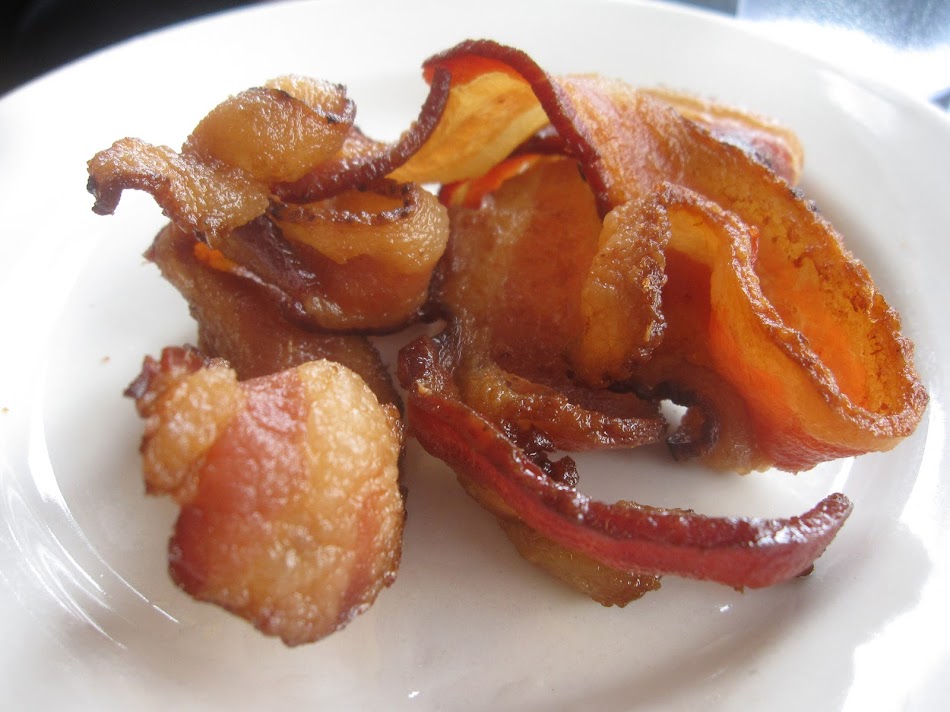 I was pleasantly surprised by how many awesome vegetarian options there were on the menu. I eventually narrowed it down to the vegetarian hash, but was also tempted by the vegetarian lasagna, which was the lunch special.

The vegetarian hash is sweet potatoes, green peppers and onions topped with two eggs and served with a side of toast (I chose light rye). 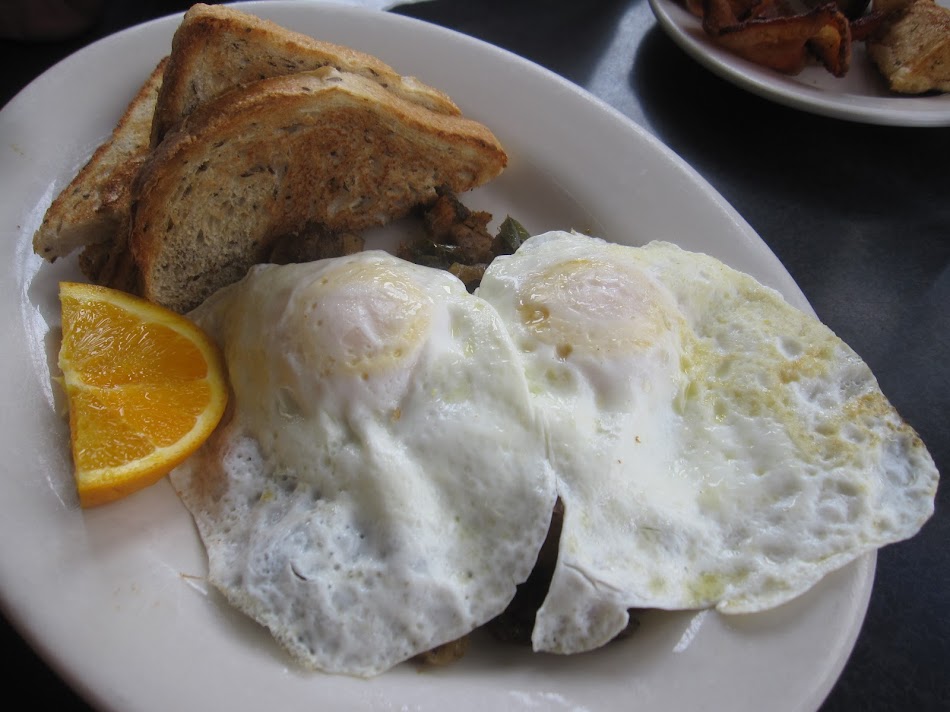 I thought the hash itself was very greasy, so much so that I wouldn't order this dish again.

Despite my disappointment in the veggie hash, the twins absolutely loved their dishes, proving Deluxe Town Diner has mastered both savory and sweet brunch offerings.

If you visit the diner by car you can park right on Mt. Auburn Street, otherwise you can take the 71 bus from Harvard Square directly to the diner. The stop is right out front.

Have you ever been to Deluxe Town? 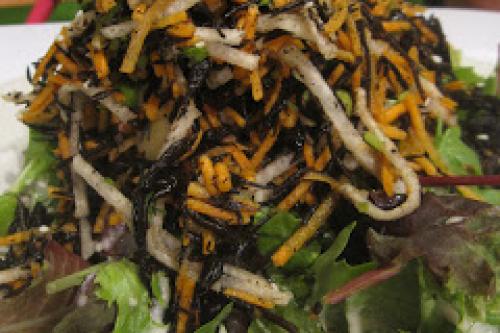 It has been an incredibly busy summer with work trips, amazing beach vacations, weddings and one very big piece of news - I bought a house. I haven't had a chance to talk about this major life moment here on the blog, but it finally happened - after a year and a half of searching with the most patient realtor, I found my dream home. I closed on July 31st and moved in August 17th. I have been living happily in my new digs ever since! 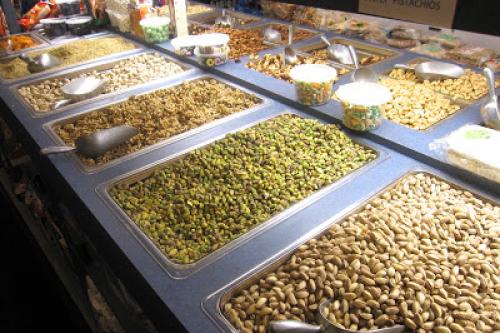 Seven months into living in Watertown, there are so many things I love about my new neighborhood - the proximity to Harvard Square and the Charles River, the dangerous proximity to Sofra Bakery, a supermarket with a wine, beer and liquor aisles and a plethora of Armenian markets. For those who are unfamiliar, Watertown has one of the largest Armenian populations in the United States. In fact, the Armenian Library and Museum of America is right in Watertown Square.

Since moving to Watertown in mid-August I have been having an absolute blast exploring my new neighborhood. On Mt. Auburn Street, just steps from my front door, is a lunch and dinner spot called Maximo's.