Last summer while on vacation on Cape Cod I watched the movie "Happy Thank You More Please" which was the first time I was introduced to actress Zoe Kazan. Around the same time publicity was ramping up for Zoe's next project "Ruby Sparks." 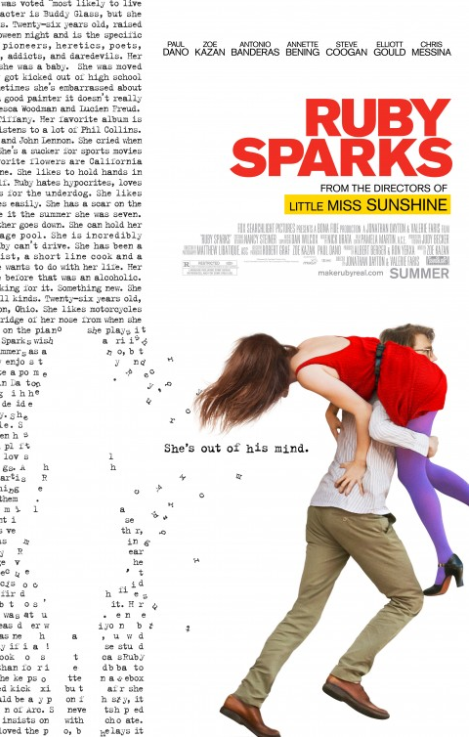 Zoe wrote and stars in "Ruby Sparks" opposite her real life boyfriend Paul Dano (you likely recognize him for "Little Miss Sunshine"). More on that in a minute. I am always impressed when a young person writes or directs and then also stars in a movie. I was so intrigued I did a little research on Miss Kazan.

Turns out, Zoe Kazan was born in Los Angeles to a movie family. Her grandfather, Elia Kazan, directed "On the Waterfront" and her father, Nicholas Kazan, wrote the Oscar nominated "Reversal of Fortune." No pressure.

Zoe went to one of the best theater schools in the country, Yale, and is now making her way up the Hollywood list.

In "Ruby Sparks" Paul Dano plays Calvin Weir-Fields a painfully introverted writer who became famous upon publishing his first novel at 19 years old. Now, 10 years later, he is collapsing under the pressure of writing a second book.

Calvin's daily life consists of walking his dog, Scotty, who pees like a girl dog, working out with his brother Harry and taking weekly trips to visit his therapist. That is until one day he has a dream. A dream about a beautiful girl who seems completely and totally interested in him, something he hasn't felt in quite some time.

He begins to wish for sleep just so he can be reunited with her again. At the suggestion of his therapist, he begins to write about her.

Calvin becomes so consumed with this new manuscript that he writes day and night. Then one morning he comes downstairs to let Scotty out and the girl from his dreams is standing right in his kitchen. 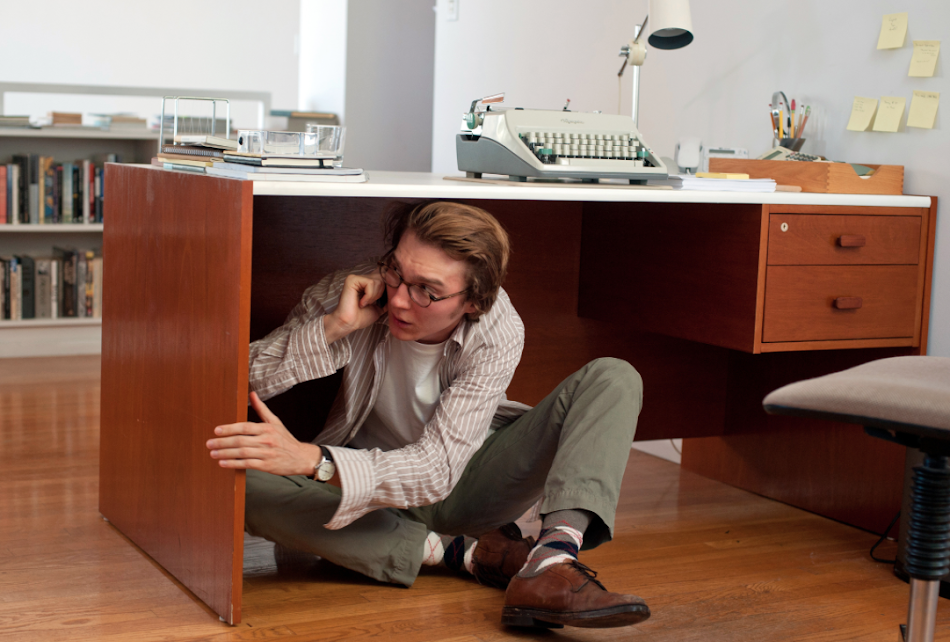 Afraid he has lost his mind, Calvin takes his dream girl, Ruby, out in public to see if others can see her. Once he confirms they can, he invites his brother over to meet her. As the story continues Ruby moves in, she meets Calvin's parents and she meets his agent. 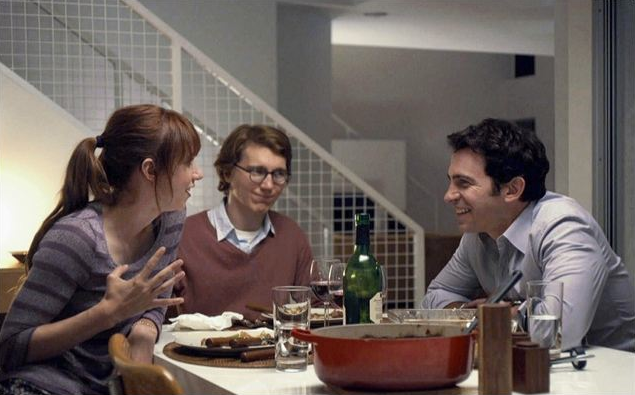 Things take a strange turn however when Ruby and Calvin's relationship begins to become strained. Calvin discovers that if he doesn't like Ruby's behavior, he can simply write her a new disposition. You guessed it, that causes seriously trouble.

I want to give major props to both Zoe and Paul for one of their final scenes together where Ruby discovers that Calvin in rewriting her. He literally does this before her eyes, forcing her to lose control of herself in front of him. She is scared and manic and his face is full of pain and desperation.

At the close of the film, Calvin sets Ruby free and decides that instead of pretending she never existed, he will write a book about falling in love with her. He finally has inspiration for his second book!

In the final scene of the film, Calvin is walking Scotty and the dog wriggles over to a beautiful girl reading Calvin's new book. She looks up and who is it? Ruby! She never says her name so we don't know if it's supposed to be Ruby and Calvin has been given a new beginning with her, or if this is an entirely new girl. I loved that the ending was open for interpretation. 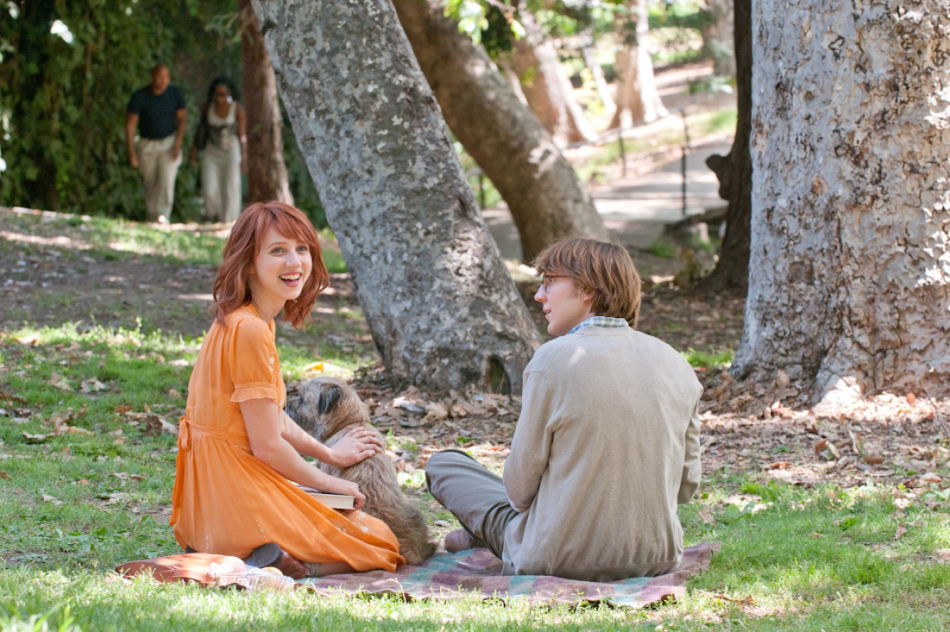 I was so impressed by both  Zoe and Paul.  In a feature in Entertainment Weekly Keith Statsklewicz agrees, "Dano and Kazan, both 28, are a pretty irresistible selling point for 'Ruby Sparks': They're like an art-house Brangelina."

The film was also amplified by an incredible supporting cast. Chris Messina, who you may recognize as Dr. Castellano from my new favorite "The Mindy Project" plays Calvin's brother, Anne Benning plays their mother, Antonio Banderas their step father and Elliot Gould, who I will always think of as Monica and Ross' dad on "FRIENDS", plays Calvin's therapist. They made the life around Calvin as rich as they one he dreamed up for himself. 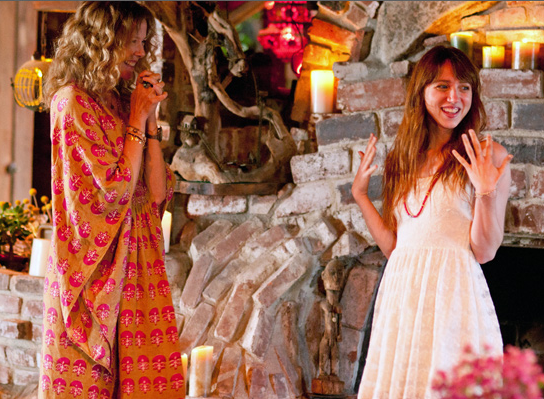 Rent "Ruby Sparks" from Netflix or Red Box and let me know what you think. Keep your eye on Zoe Kazan, this girl is going places!

The hit and miss nature of Ruby Sparks is a surprise given it's from the same duo that brought us Little Miss Sunshine.

Well that was very good story about your movie watching experience in Cape cod and also your interaction with her is truly amazing. The book which you have mentioned above about the reviews and also some facts I have read about it before on academized blogs. But I couldn't get the copy to read and go on with the story. hopefully looking forward to it.

END_OF_DOCUMENT_TOKEN_TO_BE_REPLACED

Back in February I blogged about my excitement for an upcoming

I am in Miami this week for vacation and to spend Thanksgiving with my family. The whole family loves going to the movies, so it was only right that on my first night in town we headed to the local theater. We decided to see J. Edgar, about the life and career of J. Edgar Hoover. I really didn't know anything about the movie other than that is stars Leonardo DiCaprio.

Movie Musings: The Kids Are All Right