The Bachelor: The Fantasy Suite 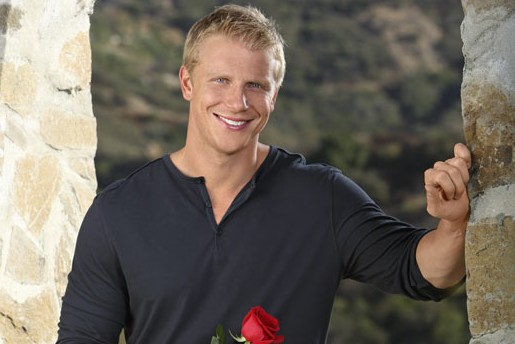 Hello Bachelor friends. I have to admit, I am wiped. After hosting an Oscar bash last night, staying up until midnight to watch the end of the show, driving friends home and then waking up five hours later to head into work, I feel like I'm running on empty.

No matter, the show must go on! Tonight Sean and his final three ladies are headed to Thailand for the infamous fantasy suite dates. I never tire of the first girl reading that card from Chris, "Should you choose to forgo your individual rooms, please use this key to spend the night together as a couple in the fantasy suite."

Before we can get into the overnight dates, we have to re-watch the entire season with Sean's voice over. Ugh!

Lindsay arrives looking positively adorable in a white tank top, a flowy mint green skirt and heels. As she rides in the motorized rickshaw with Sean she says, "It's kind of hard to be looking at beautiful Thailand when I have this gorgeous guy sitting next to me."

WHAT ARE THOSE NEON COLORED CHICKS AND CAN I HAVE A HOT PINK ONE?

Lindsay must really like Sean since she nearly gagged eating that bug.

I am pretty sure Lindsay has spent more time kissing Sean than talking to him. They pause their make out session to feed the wild monkeys and then frolic in the ocean as the sun sets. What a coincidence!

Sean and Lindsay are having dinner amidst two illuminated floats that I must admit were stunning! Lindsay tells him, "I just can't wait to start our life together." Just as she's trying to get out those three words, in walks a group of performers. Saved by the bell, Lindsay!

No surprise, Lindsay jumps on the chance to spend the night with Sean. Is it just me or is this the tiniest bed in a fantasy suite in the history of "The Bachelor"?

Finally, after several false starts, Lindsay does tell Sean, "I love you." Though he can't say it back, I am pretty sure he loves her too.

Within the first few minutes of their romantic boat ride it is clear AshLee has fallen hard for Sean. The more she talks about how deep in love she is, the more I fear Sean breaking up with her and how earth-shattering that will be.

Sean decides to pushes AshLee's control freakdom to the limit by asking her to swim through a cave with him. He also admits he has no idea what it's like in there or how they get through their to reach the beach.

Best line of the night so far, when AshLee says straight into the camera, "I don't do caves."

It turns out, she does do caves! AshLee hangs in and they finally reach an insanely beautiful private beach.

In the evening AshLee and Sean are having dinner on the beach when he asks her, "Do you get asked a lot - why are you still single?" Oh Sean, if I had a penny for every time I've been asked that in the past year, I'd be a millionaire.

Tonight Sean told AshLee that he loves that she knows what she wants in a man and that he possesses those qualities, but did you notice he didn't say anything about her possessing the qualities he wants? I am getting a very bad feeling that she is going to be cut this week. Hero worship can only last so long.

AshLee overcomes her fear of being perceived as easy and decides to take the key. Less than five minutes into their time in the suite she begins to tell Sean her taste in jewelry and her ring size! Hello, cart before the horse.

Catherine bursts onto the beach like a Mexican jumping bean! They board a boat with bright red sails and play Jack and Rose on the front of the deck. I thought any minute Sean might shout, "I'm king of the world!"

They jump off the boat to go snorkeling and share quite a steamy make out in the water. And then another one against the mast of the boat in the pouring rain. Oh, "The Bachelor."

At dinner, Sean asks Catherine where she would see their life in five years. She has a surprisingly great answer.

Before Sean even hands Catherine the fantasy suite card she starts talking about how she's been thinking about it all week, how she still wants to be seen as a lady, and right as she said that the camera cut to Sean and it took every fiber of his being to try and repress the smirk that was spreading across his face. You could tell he almost laughed. His face seemed to say, "Girl, please! You are so coming to my fantasy suite."

In the suite, Catherine calls Sean a hunk and then he calls her smokin' hot. They sound like cartoon characters!

I think Catherine just rivaled Lindsay for make out points in the swimming pool!

Sean sits down with Chris to talk about his overnight dates and I am getting the distinct feeling he is cutting AshLee loose. My gut is saying her time has come. I think Catherine really surged ahead this week.

To make him second guess his decision, Sean has to watch a video message from each lady before he can head into the rose ceremony. AshLee's video was the longest and the most emotional, further supporting my hypothesis that she's being cut tonight.

The first rose goes to Lindsay.

After a very long pause and a close up shot of the actual rose bud itself, Sean bows his head and calls Catherine. I knew it! I knew AshLee was going to be going home tonight.

AshLee remains remarkably composed and just walks toward the door. Sean follows her and she says cooly, "Just stay here." He begs for the chance to explain himself so she reluctantly turns around and with a stone cold face listens to his speech.

I have to say, Sean didn't really give her a reason. He just said, "I never wanted to hurt you." AshLee keeps a totally straight face, does not shed one tear. Even when she gets in the car, she doesn't cry. Sean is the one who is heart broken!

I am calling it right now, ABC is going to try and cast AshLee as the next Bachelorette.

Next week is "The Women Tell All." This crop of ladies will actually make for a great episode.

The following week, Lindsay and Catherine both meet Sean's family. Sean's mother seems to not want him to propose to anyone.

Again, we see this mystery note! Who is it from? What does it say? ABC, how you hook me!

I was very pleased to find this site.I wanted to thank you for this great read!! I definitely enjoying every little bit of it and I have you bookmarked to check out new stuff you post. Faisalabad Board 11th Result 2019

END_OF_DOCUMENT_TOKEN_TO_BE_REPLACED 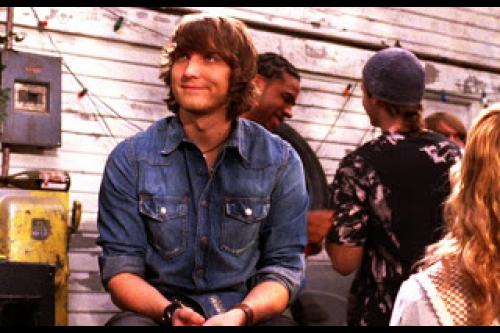 GREEK: Who Are You Lloyd Dobler-ing?

It's pandemic week 32 and boy does it feel like it. Sharing three delightful recommendations to take your mind off things.