Hi friends! I'm sorry I have been leaving you lonely this week. After my eight day trip to New York I slept one night in my own bed before heading off to Kansas City for three days. It's been a whirlwind! I  am doing my best to catch up on all of our favorite shows quickly so we can discuss together and I can't wait to share with you all of my food and shopping finds while on the road.

You get a double dose of Grey's Anatomy tonight with two recaps. Back to Seattle we go!

I'm not sure what I loved more about this episode - the old woman who vjazzled herself for her anniversary or Bailey admitting the . . . gritty . . . details of her honeymoon.

At the start of the episode Owen sneaks into Karev and Cristina's place for a morning rendezvous and accidentally feels up Dr. Wilson in the kitchen. When Owen eventually crawls into bed with Cristina, mortified, they seem as intimate as ever.

At the hospital Jackson tracks down the Chief to deliver a card from his mother and a tin full of cookies. She's worried about his grief. Later in the hour Catherine comes to the hospital to try and take the Chief to lunch and he cuts into her, 'You're not my wife.  My wife died. While I was carrying on with another woman, my wife died. So what I'm eating and how I'm sleeping is not your concern." Ouch.

Speaking of Averys, Jackson takes over a case that was Sloan's. The patient, James, admits that Sloan taught him how to get girls, even with his disfigured face. I really loved how the writers worked Sloan back into this episode. It felt very genuine.

Jackson also decides to tell Kepner that he's sleeping with Stephanie. Is it just me or did Kepner's hair look especially amazing this episode? Jackson tells Kepner he didn't want her to hear the gossip from anyone else. Kepner admits that she misses him and she isn't ready to be his friend again yet. Did anyone else think he was just going to grab her and kiss her right there, out in the open? I sure did. 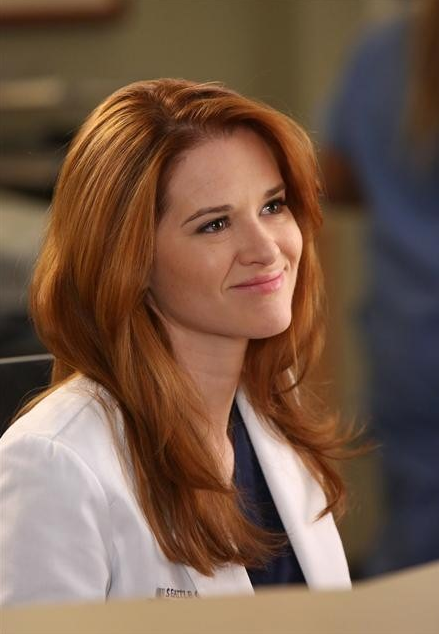 This hour Callie prescribes Derek eight hours of ping pong to strengthen his wrist, as that motion mimics a hand motion he makes during surgery. Very smart! Shane is assigned to his service so winds up being his opponent for the day. I loved watching Shane talk smack and then quickly recoil as if he may have gone one step too far. 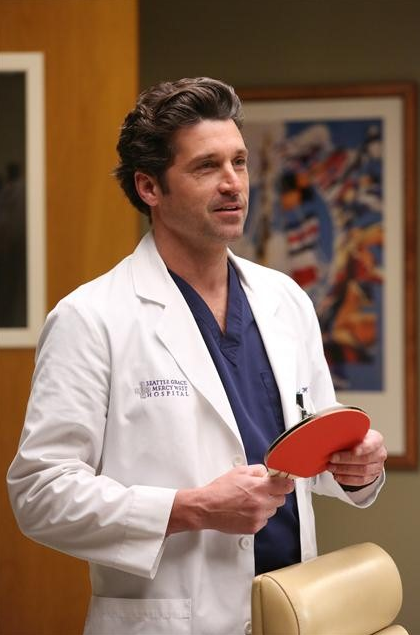 The best part of the episode by far was when Bailey confessed to Callie that she only had sex once on her honeymoon because Ben wanted to get busy on the beach and as a result she got an infection from the sand and bites from the sand fleas. Ick!

The major news of the night was that our gang was awarded $15 million dollars each by the court. They hospital was found to be negligent. Right after they learn the news they talk about what they could spend the money on and Cristina appropriately quotes a great rap song, "Mo money, mo problems."

Callie forces the crew to go out and celebrate. When every tries to push Meredith to raise a glass of champagne she smiles widely and says, "I can't have champagne because I'm pregnant." I was so happy she finally said it out loud to someone other than Derek!

In that moment Derek decides to call Owen to forgive him and invite hime to come join their celebration. He turns them down and then we see him enter a conference room with the hospital's board. Owen is told, "The insurance company won't be, so we have to. Since the hospital doesn't have that kind of money, we go bankrupt. We close our doors."

At that moment the camera cuts back to the restaurant as a stranger takes a picture of our gang and Meredith's voice over says, "Ignorance is bliss." Was it just me or did that feel very foreboding? It felt like the calm before the storm.

Arizona is having waking dreams where she has terrible problems with her leg. Then she starts to experience pain during the daytime as well. Owen makes it his mission to help her overcome this syndrome. Remember when he suffered from PTSD?

At one point Arizona demands that Karev stab her in the foot so she can force her brain to understand she does not have pain in her non-existent leg. I love how the writers turned that story from frightening to peaceful by having both Arizona and Callie share a beach visualization at the end.

Alana, the new arrival, insists on observing Derek's first surgery since he got full use of hand back. You can see the panic on his face when she announces her intention.

Did you notice how Alana kept avoiding the Chief? What is she hiding? Why is she an efficiency expert instead of a practicing doctor? 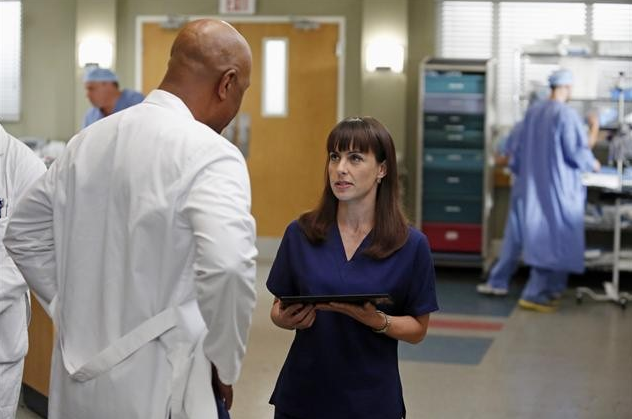 At the close of episode she suggests closing down the Seattle Grace ER to save money and human resources. Derek is outraged but Bailey snaps back, "Some of us don't have a few million to fall back on." Wow. I did not see that coming.

This hour Shane worked alongside Meredith and kept causing her to scream or cry. Oh, pregnancy. I particularly loved when she squawked at him, "You destroyed a perfectly good liver! When I look at you, that is all I see."

Meredith also conquered a huge fear tonight and got on an airplane. Had I been in an accident like she was, I am not sure I would step into a plane again. 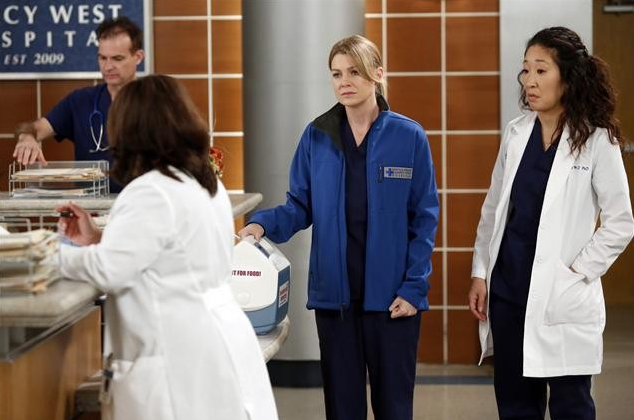 Also this hour, Kepner gets hit on by a very cute EMT! He awkwardly asks her out for coffee in the same rambling way she normally talks. Adorable!

Did anyone else squeal when Teresa from the O.C. made her cameo? Sigh. Memory lane.

In previews for next week something is wrong with Meredith and the baby (you knew that was coming). It also appears a patient is admitted who comes from a family who believes in prayer over medical intervention. This should be good!

It was a very good post indeed. I thoroughly enjoyed reading it in my lunch time. Will surely come and visit this blog more often. Thanks for sharing. https://dewiqiu.biz

It was a very good post indeed. I thoroughly enjoyed reading it in my lunch time. Will surely come and visit this blog more often. Thanks for sharing. https://dewiqiu.biz

This is such a great resource that you are providing and you give it away for free. I love seeing blog that understand the value. Im glad to have found this post as its such an interesting one! I am always on the lookout for quality posts and articles so i suppose im lucky to have found this! I hope you will be adding more in the future... Academic writing services

Thank you so much for sharing this great blog.Very inspiring and helpful too.Hope you continue to share more of your ideas.I will definitely love to read. Color Abstract Art

I am happy to find your distinguished way of writing the post. Now you make it easy for me to understand and implement the concept. Thank you for the post. viagra for trial

END_OF_DOCUMENT_TOKEN_TO_BE_REPLACED 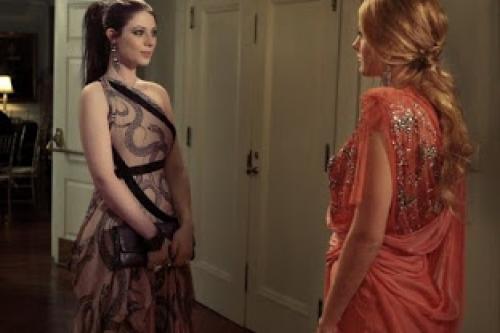 This week's episode of Gossip Girl reminded me of why I first fell in love with this show: incredible fashion, scheming socialites, deviant men in suits and text messages that change everything. For the first ten minutes of the hour I couldn't stop lusting for Serena's outfit! That v-neck, eggplant colored dress was gorgeous and I loved the sparkle from that multi-stand necklace!

Headed into a long weekend? I have new shows and movies for your streaming pleasure!