Read: The Art Of Fielding

To all those celebrating today, Merry Christmas!

My gift to you is the recommendation of Chad Harbach's "The Art of Fielding." I first read a review of the book in Entertainment Weekly last year at exactly this time. The reviewer was raving about the book so I went out in search of it. The book was quite expensive in hard cover (yes, I still read physical books) so I decided to wait until it came out in paperback.

A few weeks ago I bought the book at the Harvard Coop and took it with me to Miami for Thanksgiving. I started it on the plane on Wednesday morning and I couldn't put it down! By Saturday morning I had finished all 512 pages. I only took breaks for family meals and sleeping. 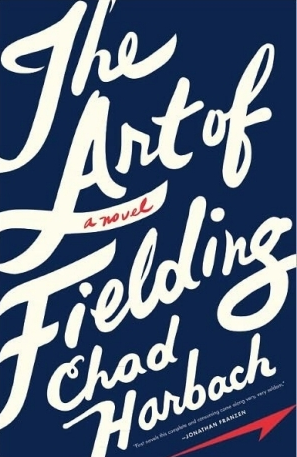 I thought the book was about baseball. I had read and loved "Moneyball" by Michael Lewis so I knew I could handle a straight up sports book, but "The Art of Fielding" turned out to be so much more. The premise is that Henry Skrimshander is a young kid who happens to be a gifted shortstop. While playing in a summer league he's spotted by Mike Schwartz, captain of the Wetish College baseball team. Mike approaches Henry and tells him he has to come play with his team. The story follows Henry as he leaves his teeny tiny midwest town and heads to Wetish to become part of the team.

My freshman year of college my two best guy friends were on the baseball team. We were assigned to the same freshman dorm, I was in room 420 and they were right below us in 320. Through them I learned a lot about the game of baseball, but also the culture of those college teams. Henry, the main character, reminded me so much of those boys. His entire life is about the game. He is solely motivated by succeeding and winning. Even if it means overworking his body, not sleeping and developing a pack-like mentality.

Though the story is centered around Henry, my favorite character in the book was his teammate and mentor, Mike Schwartz. Mike plays both football and baseball and is a legend on campus. He's such a figurehead that the athletic director even game him a key to the on campus sports center where he keeps his own office. A 21 year old! I like Mike's personal traditions. The way he sticks to certain ideologies, routines and rituals. I was fascinated by him.

His fellow teammates call him abuelo, which is Spanish for "grandfather." At one point in the book, Henry leaves the team and Mike reflects on his inevitable position as leader:

"Schwartz didn't mind the nickname, which all the freshpersons had adopted. It referred to his widow's peak and his creaky knees, his crotchetiness, his penchant for dispensing pearls of wisdom like an old man in a porch, but there was a more interesting meaning in there too. For Izzy and the other young players, Henry was the father figure, the guy who'd harassed and cajoled and counseled them day by day, bucked them up and called them out , made them memorize passages of Aparicio - taught them, in his own imperturbable way, the lessons Schwartz had taught to Henry and Rick and Starblind. Henry was their father and Schwartz was abuelo. But now their father had abandoned them, as fathers often did, and the old man was back in charge."

The story is told through the eyes of four people: Henry, Mike, President Affenlight and the president's daughter, Pella. The character of the President was quite intriguing. In his professional life he was an expert on Herman Melville and worked at Harvard until he expelled from campus (we never learn why). In his personal life, he's been a single dad to Pella since she was in elementary school and now as a grown man, he finds himself attracted to a 21 year old student.

Pella, the president's daughter, is a lost soul. I have to say of all the characters in the book, she is by far the most cliche. Where it got interesting was when she fell for team captain Mike Schwartz. The way they got under each other's skin kept me glued to the page. I loved this scene where she has woken up in Mike's house and can't decide if she should wash the dirty dishes in his kitchen sink:

"The thing to do, really, would be to wash the dishes. In fact, she was feeling a strong desire to wash the dishes. She began loading them onto the countertop, so that she could fill the sink with water. The ones near the bottom were disgusting, the plates covered with water-softened crusts of food, the glasses scummed with with a white bacterial froth, but this only increased her desire to become the conqueror of so much filth. Maybe she was stalling, because she didn't want to face her dad after not having come all night.

As she squeezed the soap into the stream of hot water, an objection crossed her mind: What would Mike think? It was a nice gesture, to do somebody else's dishes, but it could also be construed as an admonishment: 'If nobody else will clean up this shithole, I'll do it myself!' In fact some version of that interpretation could hardly be avoided. She turned off the water. Even if she and Mike had been dating for months, unprovoked dishwashing might be considered strange. Meddlesome. Overbearing. Unless she'd dirtied the dishes herself: that would be different. Then the dishes should be done, and the failure to do them might pose its own problems.

But the dishes weren't hers, and she and Mike weren't dating. They hadn't even kissed. Therefore the doing of dishes could only seem weird, neurotic, invasive. Mike's roommate - Mr. Arsch, from the mailbox - would take one look at the order she'd imposed and say something penetrating, something along the lines of 'Dude, is that chick psycho or what?' And Mike would shrug and never call her again."

Can Chad Harbach write for a female character or what? I mean, if you aren't sold on the book from that passage alone, I don't know what will convince you.

"The Art of Fielding" won the New York Times Book review's "Best Book of the Year" award and it's well deserved. The story follows our four narrators as their goals and priorities in life change. We watch as they struggle to come to terms with who they are now and how to leave their old selves behind.

In the paperback version there is an interview with Chad Harbach that made me love him even more. He answers great questions about the structure of the book, the use of baseball, the parallels to Herman Melville's "Moby Dick," his choices for who should narrate the story and his decisions about how each character's story ends. It was a real treat.

This was hands down the best book I read in 2012. Have you read it?

The best book you'll read in 2013 is The Fault In Our Stars by John Green. That was mine for 2012. Also check out the Divergent series if you're feeling teenagery. :)

Kaitlin - you always give me the best book recommendations. I have a list of all the titles you gave me at the Boston Book Festival.

END_OF_DOCUMENT_TOKEN_TO_BE_REPLACED

This Reese Witherspoon Book Club pick tells the story of a woman named Eleanor whose life changes thanks to the kindness of strangers. 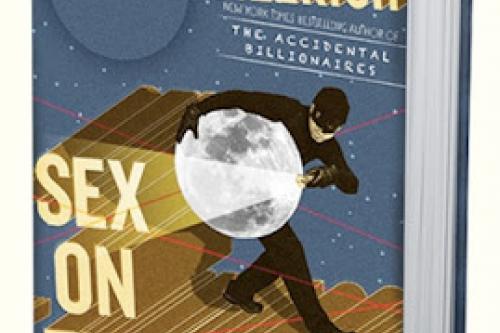 Read: Sex On The Moon

My introduction to local, Boston author Ben Mezrich came via his book "Bringing Down the House" abo