Everyone loves a diner, but a diner where the entire menu is vegetarian? This I had to see.

Veggie Galaxy, the vegetarian diner, is located in the heart of Central Square in Cambridge. It's on Mass Ave directly next to fellow newcomer Moksa. The exterior reminds me of a diner near my childhood summer camp called the Daily Planet. 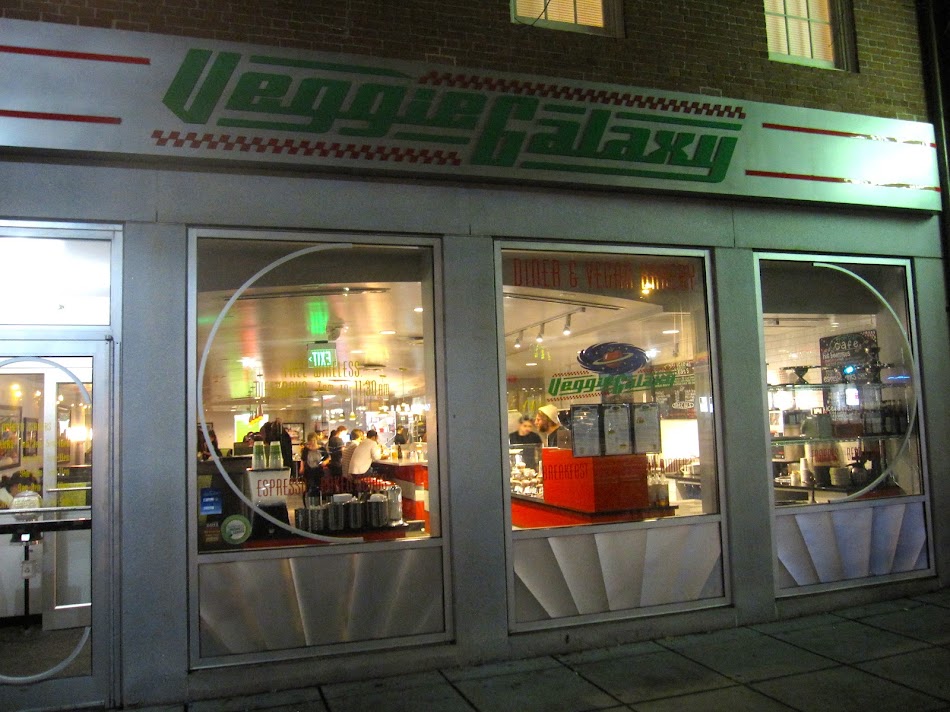 Inside, Veggie Galaxy has a larger counter (classic diner) with about 20 seats. 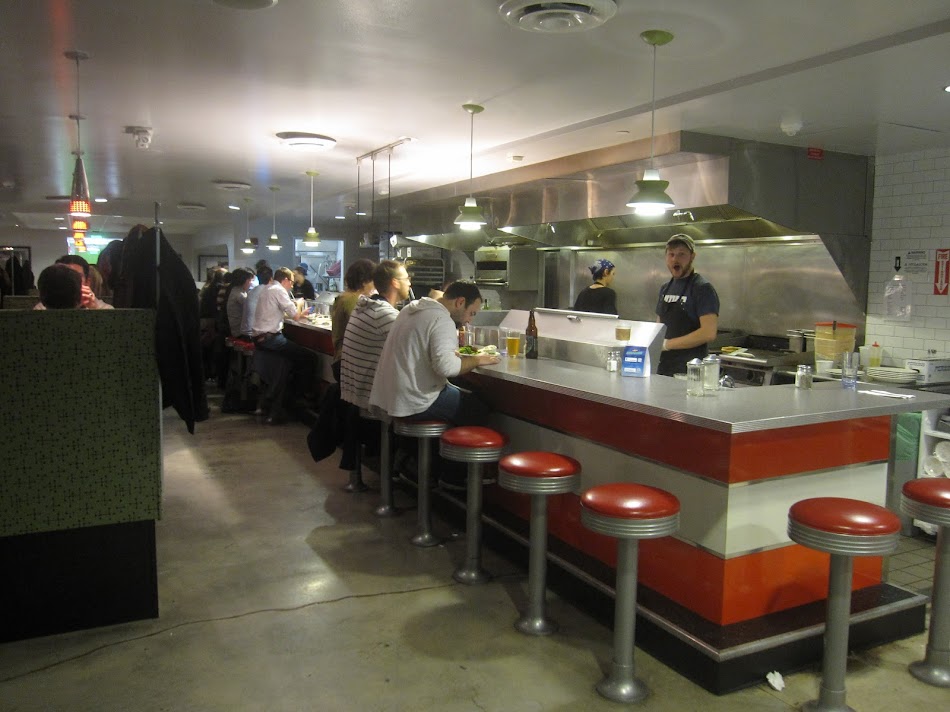 The also have a massive dining room with two long rows of booths. On the left side are booths for larger parties and on the right side are high top booths for two. 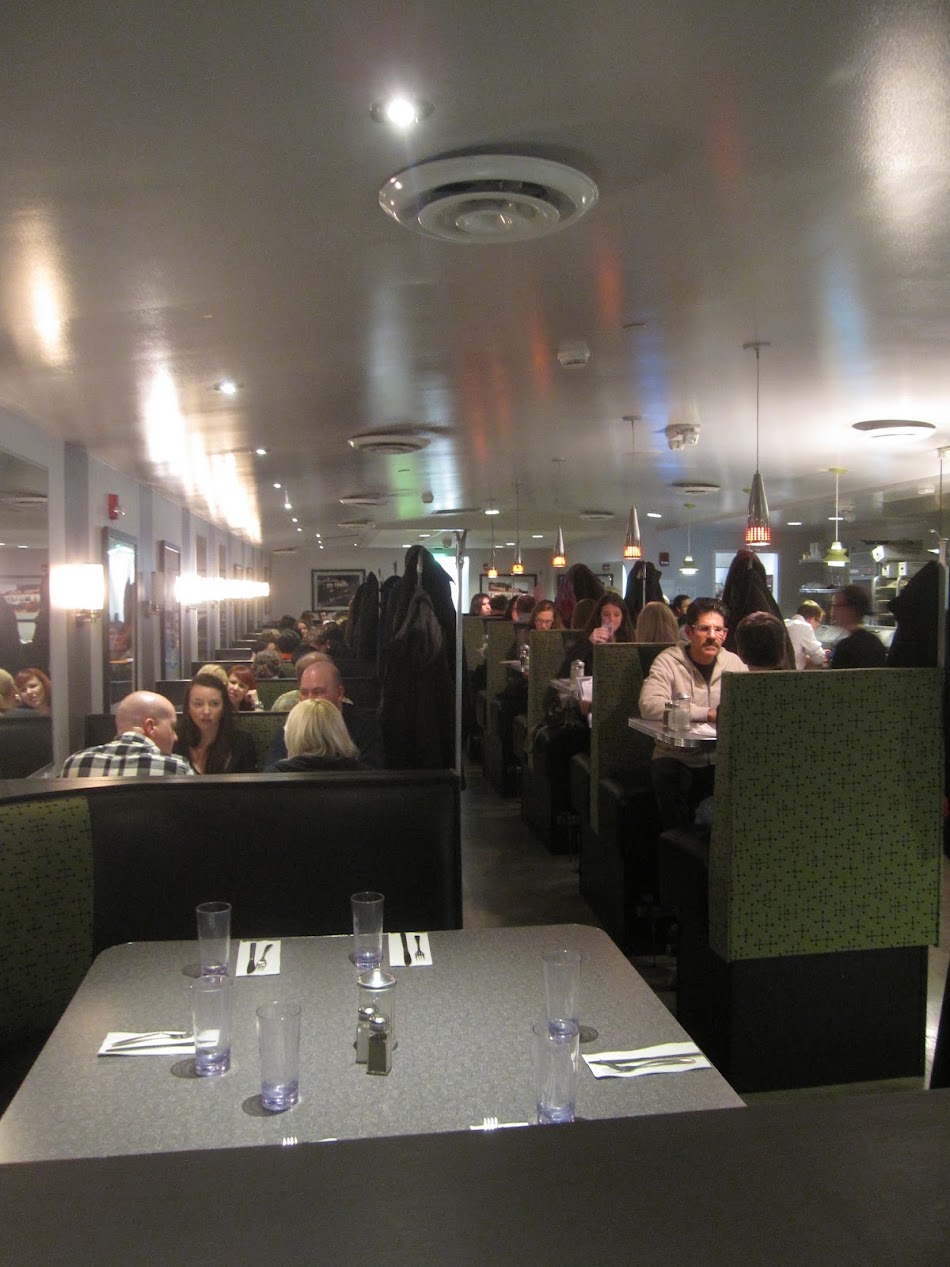 When we arrived there was a long wait for a table so we decided to sit at the counter. We had a great view of the open kitchen and spent most of the meal talking about how all the cooks were prepping, grilling and expediting their orders.

The Veggie Galaxy menu is absolutely enormous. They serve breakfast all day, have a full page of sandwiches and salads, another full page of burgers and entrees, an additional page of desserts and a final page of beverage choices. We spent easily 15 minutes agonizing over what to get. 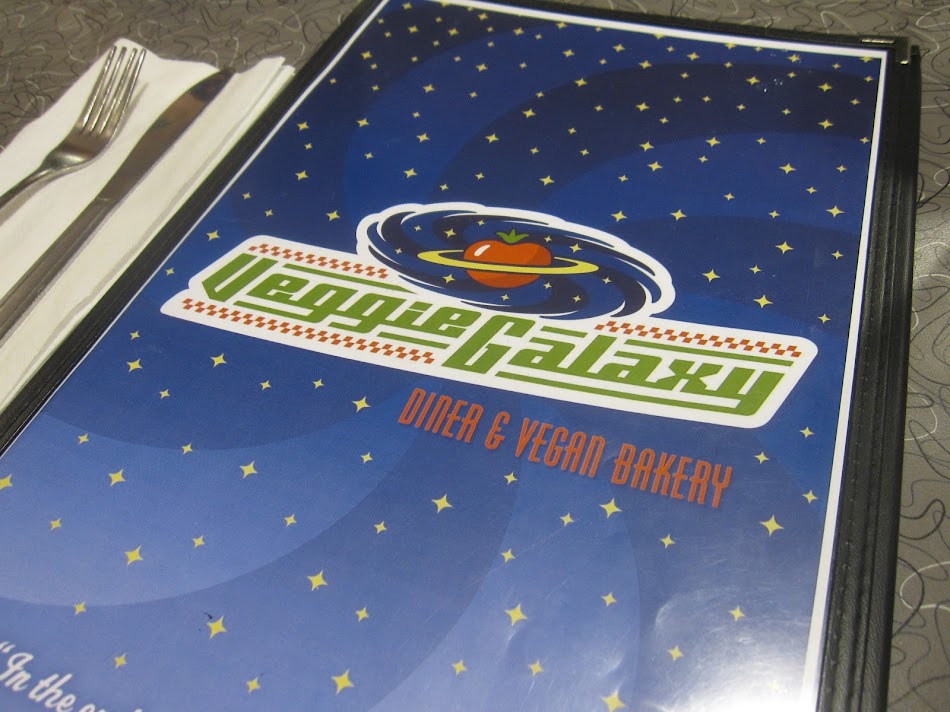 To make matter worse (translation - better), there was also a list of daily specials on a chalkboard behind the counter. I had my eye on the mud pie frappe. 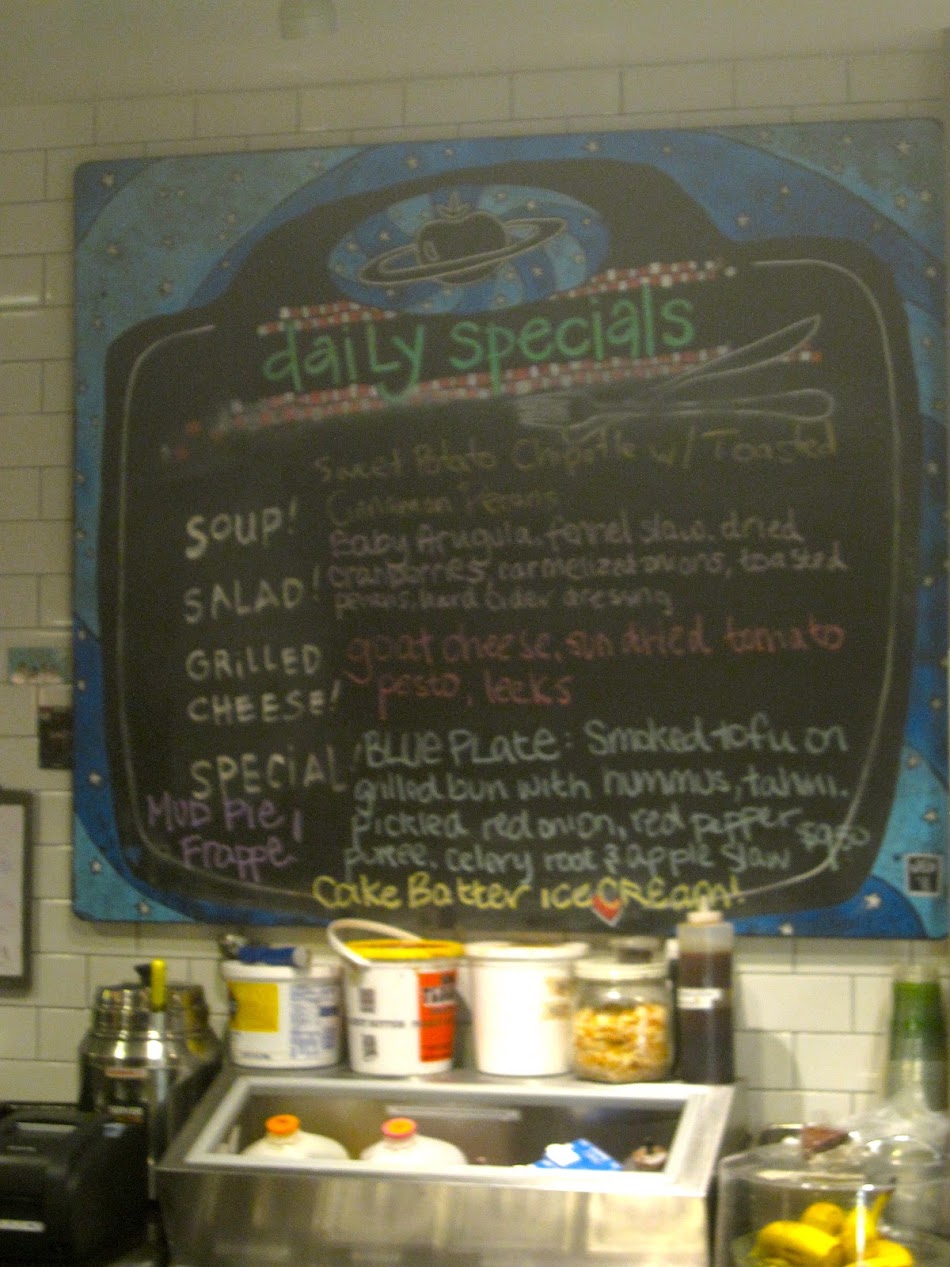 To start, my dinner date decided she had to have a frappe. All of the frappes at Veggie Galaxy are made with vegan ice cream which is coconut based. Our amazing waitress told us that all the ice cream comes from FoMu in Allston.

She ordered the chocolate frappe which came in a traditional soda shop glass. It was accompanied by the additional portion from the blender! 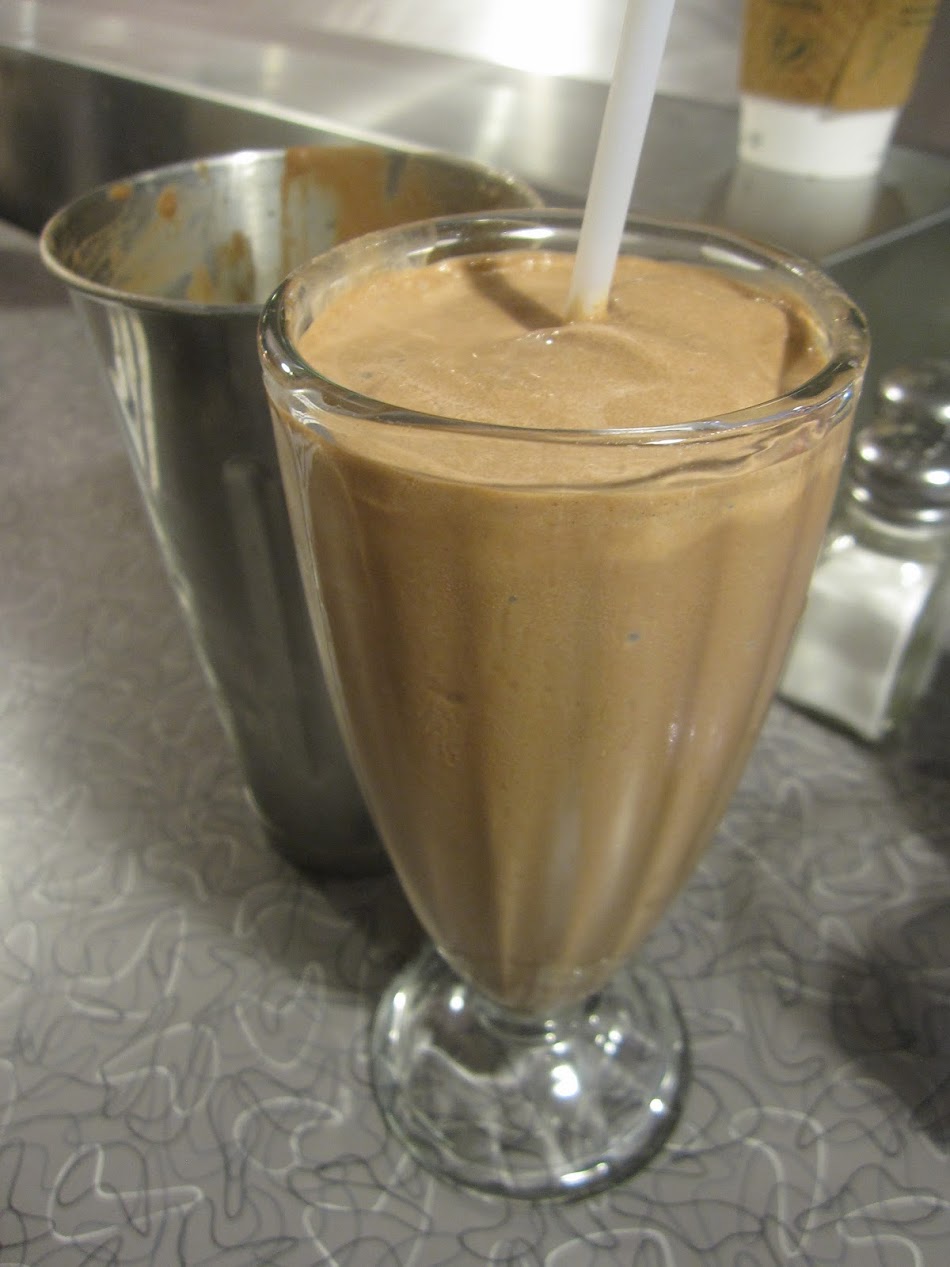 She was nice enough to let me have a sip of the frappe and though it was chocolate, because of the coconut based ice cream, it tasted like an Almond Joy. I would hop off the T mid-commute home just to get this.

We really had a hard time deciding on dinner, but our waitress, who as I said, was awesome, helped us narrow down our choices to some of her favorites. My friend ordered the macaroni and cheese which came with a side salad. The salad was tossed with a citrus dressing that was delicious. The acidity helped to cut the heavy, creamy taste of the pasta. Oooo, I just sounded like a Top Chef judge. 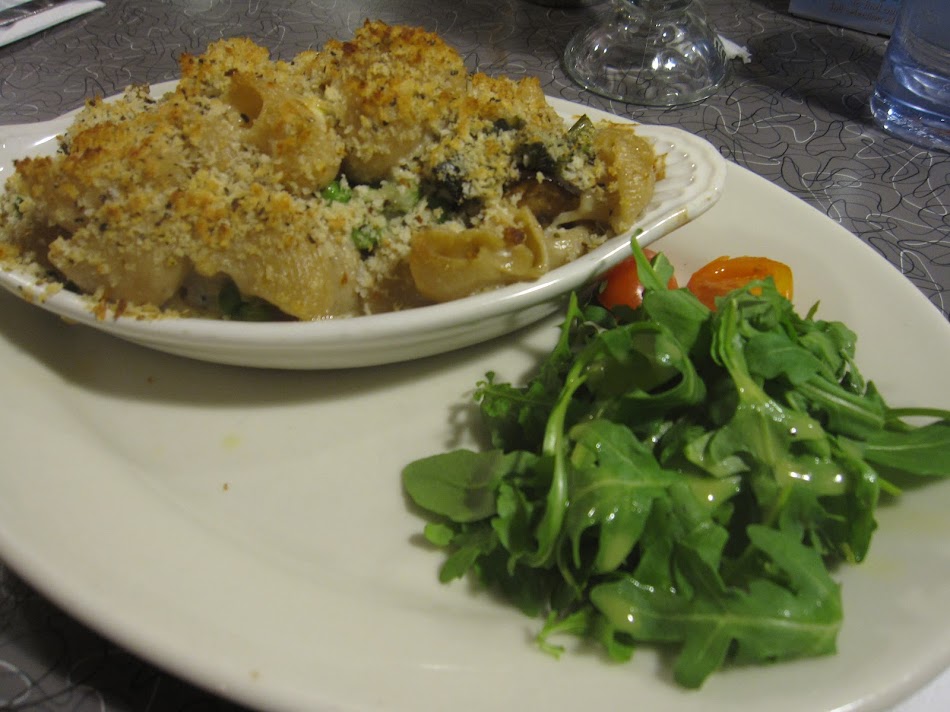 The mac and cheese was packed with eggplant, leaks and peas which was a delightful addition. My friend commented, "I wish this was cheesier. The cheese sauce is light and runny. I want it to be so thick it sticks to each piece of pasta." 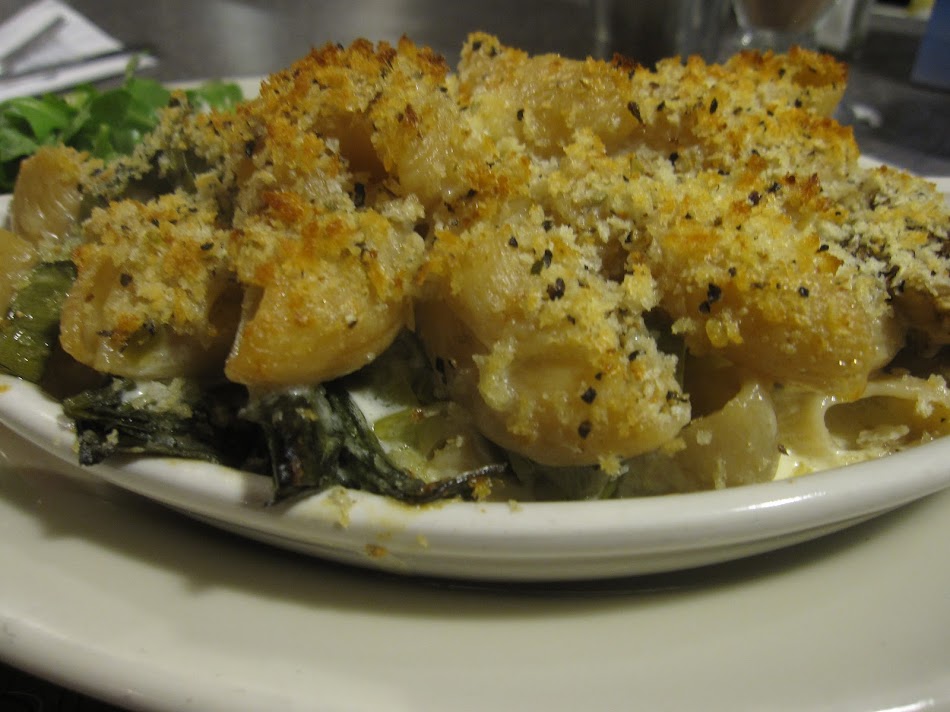 I ordered the Kendall Square burger which was a mushroom veggie burger patty topped with beer battered onion rings. Yeah, you heard me. The burger came with a side of greens (same yummy citrus dressing) and a scoop of potato salad. 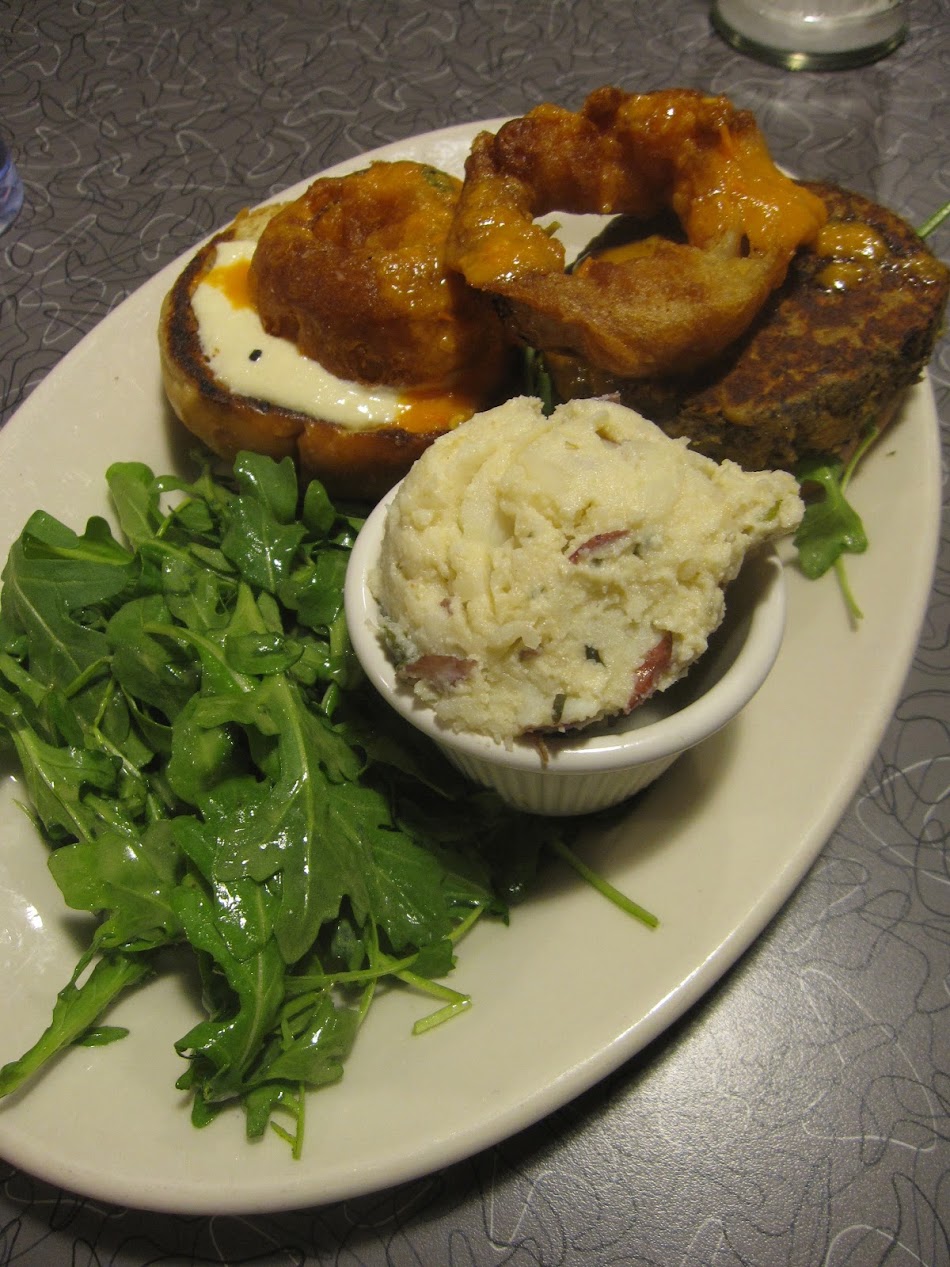 Though the potato salad looks like a scoop of Thanksgiving mashed potatoes, it was actually served cold and had a strong mustard taste to it.

When my plate first arrived I made the mistake of putting the burger together and just biting right into it. With the top bun on, you lose the taste and the crunch of the onion rings immediately and all you can taste is mushroom burger and bun. As soon as I figured this out, I took the top bun off and ate it open face and it was glorious. 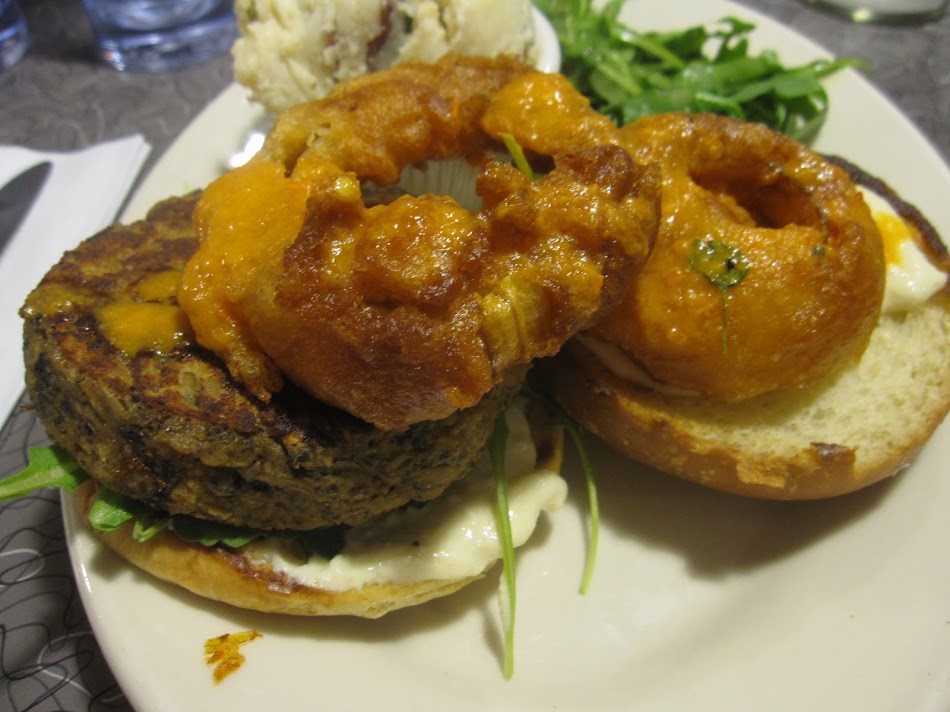 After our dinner plates were cleared our fabulous waitress asked if we'd like to consider dessert. Having seen the spinning dessert case when we first walked in, we said, "Of course!"

I looked at the menu for a good five minutes before standing up and walking over to the dessert case to try and make a more informed decision. You try choosing from all this! 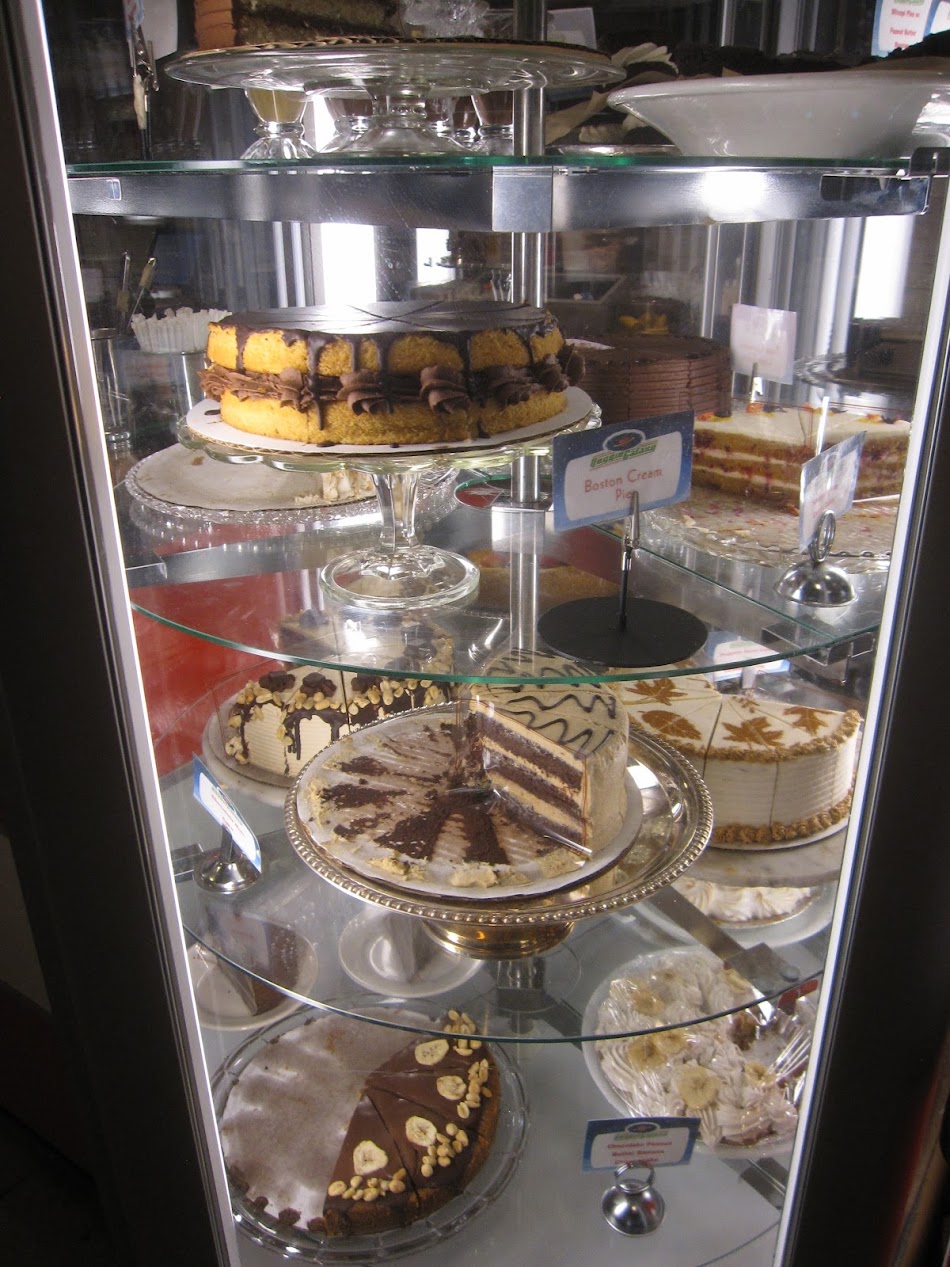 In the end we decided to go with the Boston Cream Pie. All the desserts at Veggie Galaxy are vegan and you would have absolutely no idea. The Boston Cream Pie oddly tasted like banana, but our waitress assured me there was no banana in the recipe. I really liked the ratio of cake to filling to chocolate on this pie. Highly recommend! 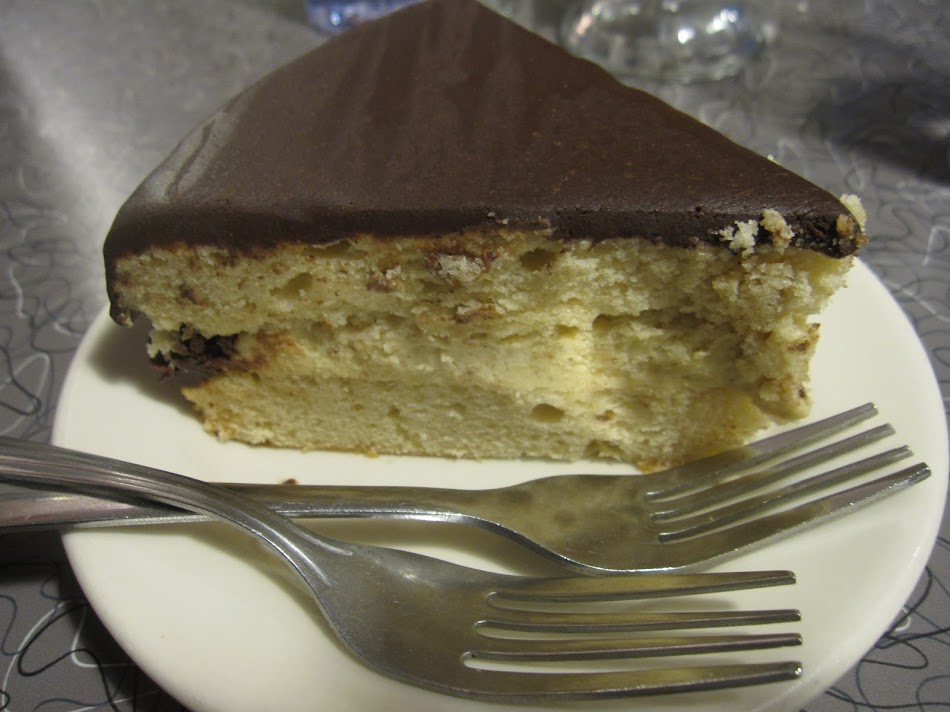 I had been wanting to go to Veggie Galaxy for months and it superseded my expectations. It has a fun, youthful vibe, an incredible staff and a menu that could take you a year to eat your way through. I already have my eye on several dishes for my next trip, not to mention all the frappe flavors I need to try!

For those of you think vegetarians are a small minority, spend one night at Veggie Galaxy and you will see that we're quite the mighty army. We were at the restaurant for two hours and the entire time there was a line of at least 10 people waiting to be seated.

Have you been to Veggie Galaxy? What was your favorite dish?

how have i not been here yet? i've been a vegetarian for 15 years! haha i need to try it out, thanks for the great review!
xoamy
www.cupcakesncouture.com

I'm not a vegetarian and I want to go. Your review was great, really helpful and as always - fantastic photos!

Best frappe of my life.

This sounds delicious! I need to scoot on over to Cambridge! 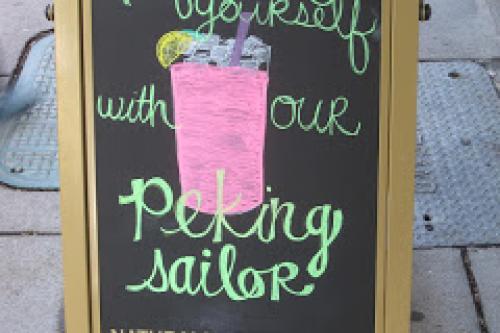 For months I have been hearing about the opening of chef Patricia Yeo's new restaurant, Moksa. The buzz started in the fall with reports that the chef, formerly of Ginger Park and Om, was planning a personal venture in Cambridge. Bit by bit, the details came to light - the place would be in Central Square, the menu would feature Asian food served tapas style, and finally, it would open in March. 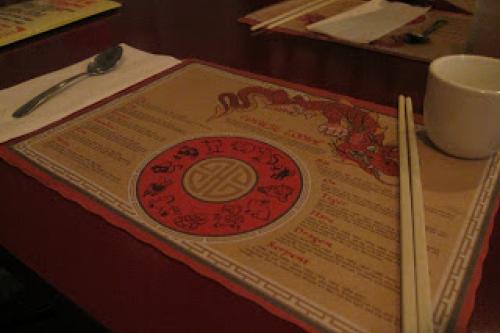 Beneath an illuminated, white and green sign in English and Chinese, lives a tiny restaurant with a big reputation - Mary Chung. When I first moved to Inman Square in Cambridge in the spring of 2006 my mother insisted that I make my way to Mary Chung. She said, and this is a direct quote, "It is the absolute best Chinese food." Well, if that isn't definitive, I don't know what is. 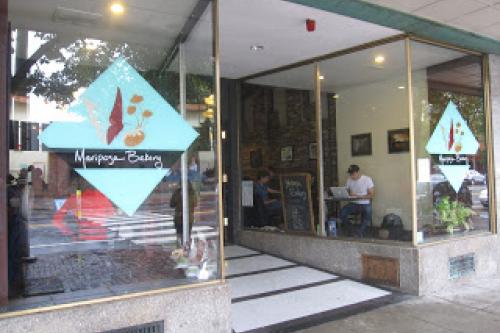 On Sunday morning September 30th, the morning after my 28th birthday, I assembled a group of girls for a post-party brunch. Grub and gossip is after all, my favorite combination. It was a rainy morning and we arrived at Cafe Luna in Central Square before their doors opened to try and get a table. Sadly, about 20 other people had the same idea and we were told it would be a 90 minute wait. The birthday girl does not wait 90 minutes. Not even for Cafe Luna.