Read: This Is How You Lose Her

When I was in the 10th grade, my English teacher Miss Bower shared with us one of her favorite books, Junot Diaz's "Drown" (she also introduced us to Andre Dubus III, clearly the woman has taste). We read a chapter together as a class and I remember being so impressed and empowered by his writing.

Last summer I read Diaz's second book "The Brief and Wondrous Life of Oscar Wao," you may remember my review. When I read in my pop culture bible (Entertainment Weekly) that Diaz had written a third book I was counting the days until I could make it my morning commute reading.

I purchased "This is How You Lose Her" at the Harvard Coop during a very successful Sunday afternoon of holiday shopping. The next morning I had extra spring in my step walking to the bus knowing I would be starting a new Diaz book. 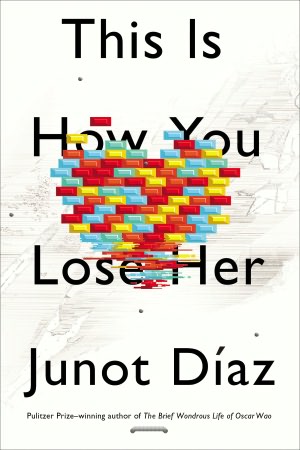 For those who read "The Brief and Wondrous Life of Oscar Wao," you may remember a character named Yunior who was Oscar's college roommate. Well, "This is How You Lose Her" is the story of Yunior and the many women who have come in and out of his life. The title of the book comes from a story where Yunior has been caught cheating and his girlfriend confronts him with the incriminating evidence in his journal:

"Instead of lowering your head and copping to it like a man, you pick up the journal as one might hold a baby's beshatted diaper, as one might pinch a recently benutted condom. You glance at the offending passages. Then you look at her and smile a smile your dissembling face will remember until the day you die. Baby, you say, baby, this is part of my novel. This is how you lose her."

This one paragraph exemplifies what I love about Diaz's writing. He is so raw and gritty, but he always touches on this undeniable truths about human nature and the human condition.

Before you go hating on Yunior for his cheating ways, in this book we learn that Yunior's family immigrated to the U.S. from the Dominican Republic and his father kept him, his brother and his mother locked up in their New Jersey home, refusing to allow them to play with other kids or even experience their first snow.

We also learn how sad and lonely Yunior's mother was with no friends and a husband who kept her caged inside their strange new home. In this book we also watch as Yunior's older brother Rafa deteriorates from cancer.

The most powerful story is a chapter called "The Cheater's Guide to Love." In that section Yunior moves to Boston to teach college classes. He takes up running which he finds cathartic and spends most of his time with his friend Elvis and Elvis' wife.

Yunior finds Boston to be an extremely inhospitable city rampant with racism. He finds himself in a relationship with a student who eventually shows up at his doorstep with suitcases announcing she is pregnant. As the story unfolds Yunior begins to have back and foot pain that keeps him from running, his relationship with the baby mama becomes hostile and he isn't sure how to carry on. What happens next is so true to life you'd be disappointed, but you know it would go down that way. That's the thing about Diaz's writing, it cuts, but it's honest.

After reading all three of his books, I am now a certified, die hard Junot Diaz fan. I love the rawness of his writing, his devotion to the Dominican Republic, the way he seamlessly moves between English and Spanish and how he refuses to tie up every story with a pretty bow.

Now comes the tough part - waiting until he writes a fourth one!

Have you read any of Diaz's books? Which was your favorite?

I haven't read any of his books. Where do I start?

END_OF_DOCUMENT_TOKEN_TO_BE_REPLACED 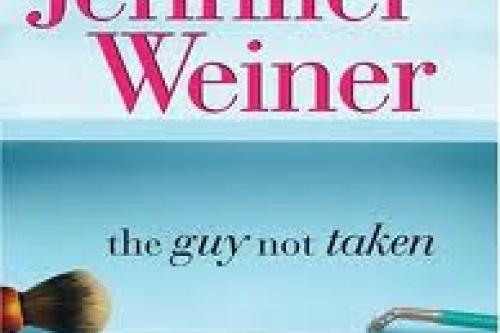 Read: The Guy Not Taken

A few weeks ago I told you about my new book store discovery,

Jodi Kantor and Megan Twohey are the New York Times journalists who broke the Harvey Weinstein story in October 2017. She Said is their telling of that experience. 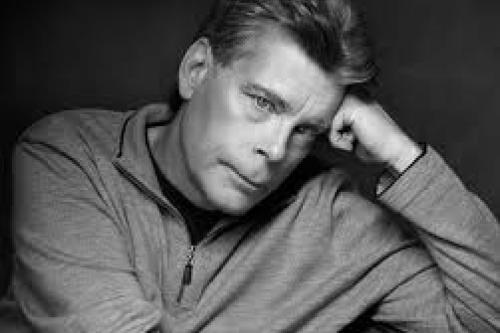 A few years ago when I bought my flat screen TV at Best Buy they were running a deal for one free month of a magazine of your choice.