I can't believe that tonight's episode is the fourth to last of the series. I am in complete denial that in the very near future Chuck Bass and I will not have our weekly rendezvous. I also find it hard to believe that there are only three episodes left because after all of tonight's plot twists I have no idea how the writers are going to untangle this mess.

Let's start with the Bass controversy. Chuck is desperately seeking the papers that prove Bart's illegal business dealings. On to his scent, Bart comes to The Empire and tears Chuck's apartment to shreds. Ivy, the keeper of the papers confronts both Bass men and demands they help her take down Lily. Whoever can humiliate her first gets the papers.

Bart comes to the table offering to divorce Lily and even strips down to take suggestive photos with Ivy. Chuck busts into the room just in time to stop them. As it turns out, Ivy doesn't even have the papers anymore.

The papers are now in the hands of Rufus, who has recently been burned by Ivy. This hour we discover Ivy is having an affair with Mr. Van der Woodsen (Billy Baldwin). I did not see that coming! Neither did Rufus when he caught them kissing on the street.

In some weird way, Rufus feels empowered to get back at Ivy by bringing the papers to Lily. In the final moments of the episode Chuck arrives at Lily's house to confront her about the papers. He attempts to convince her that Bart is still the same scoundrel. Not only does she not buy it, she throws the evidence into the fireplace. Nooooooooooooo!

We'll come back to Chuck in a minute. Tonight Blair debuted her new fashion line "B for Waldorf Designs" at a pop up store in Barney's. I love the name and  I love the poster for the line even more! Especially the "XO." To ensure the line is purchased, Blair gets Sage to call a meeting of the private school queen bee families. Too funny. 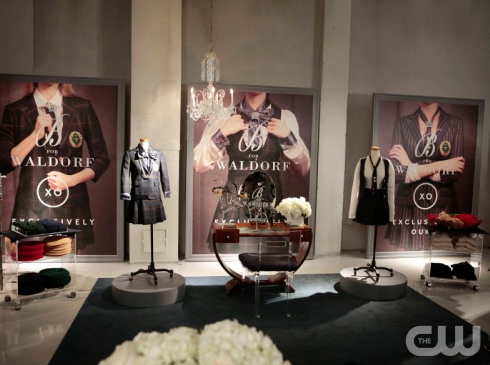 After a wonderfully successful night, Blair goes to The Empire to find Chuck. He is drinking at the bar and his eyes have that signature Chuck vacancy when he feels defeated and shut down. He says, "We can't be together. I did not fulfill my side of the pact. Just go." Ok, we only have three episodes left and I need them to get back together once and for all. Don't disappoint me, writers!

Tonight Dan and Serena started the episode in bed together. Serena suggests that they should mend fences with everyone they have wronged. She says, "If you do this, I'll reward you with brunch and a movie on me." What girl gets her way by offering this type of a plan to a guy? I'd like to live in that alternate universe. 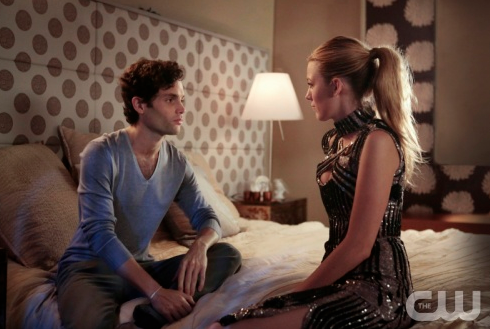 In a very poetic speech, Dan tells Serena "You've always been the one." Just as I was about to over dose on saccharine, Dan gets a call from Georgina. He quickly whispers into the phone, "I'm writing a Serena chapter." What? Is all of this lovey dovey nonsense with Serena for his book? I feel disgusted by the thought of that.

On an unrelated note, Serena and Blair have been fighting and making up every episode this season. I can't stand it. Just choose - are you friends or are you done? 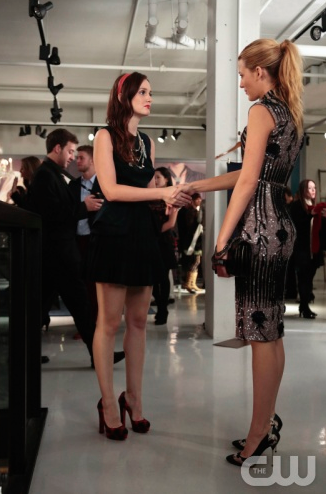 In previews for next week, it's the Thanksgiving episode. Why are they airing this two weeks past Thanksgiving? Poor planning. A Christmas episode would make more sense.

Only three episodes left to go! I may need to be admittedly to a Chuck Bass withdrawal program.
*Images courtesy of CWTV.

Thanks for sharing your wealthy information. This is one of the excellent posts which I have seen. I go through your all of your blog, but this blog is the best one. It is really what I wanted to see hope in future you will continue for sharing such an excellent post.We appreciate that please keep going to write more content. We are the essay helper, we provide services all over the globe.Many times students are tensed for their projects and assignments, so at that time they can take online assignment help to complete it on time. There are experts available online who prepare the custom essay writing service for you.

END_OF_DOCUMENT_TOKEN_TO_BE_REPLACED

Over Thanksgiving weekend Netflix released the much anticipated Gilmore Girls revival called "A Year In The Life." I watched Gilmore Girls live when it was on, I own the entire series on DVD and I've even re-watched all seven seasons on Netflix. For my fellow die hard fans, I am Team Jess.  I was really anxious to see how Netflix would bring us back to Stars Hollow after all this time. The reason the new episodes are called "A Year In The Life" is because there are four installments - one per season (winter, spring, summer and fall). Each episode is 90 minutes long. 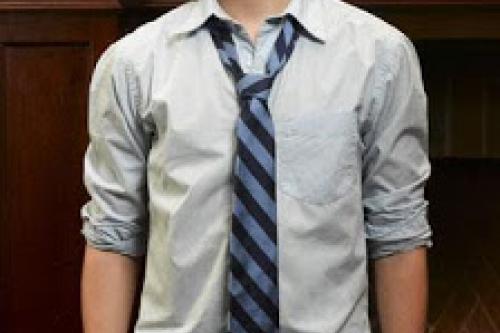 Last night BRAVO premiered its new Tuesday night reality treat - NYC Prep. The show, which is being called "the real life Gossip Girl", follows the lives of six Upper East (and West) side teenagers. I was unimpressed by the previews leading up to the first episode, but was curious if the producers had cast kids as counter parts to the Gossip Girl characters, or if they just picked the kids with the most potential for drama. 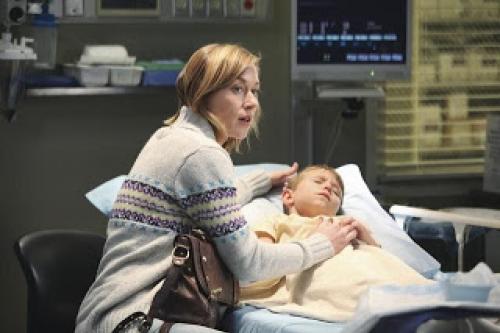