Tonight's episode of "90210" was a series of set ups for plot developments yet to unfold. Let's start with Dixon. First of all, when did Dixon get a fresh to death buzz cut? He looks like Pauly D! Dixon is spending more and more time with Megan, the girl he met in his support group. It's incredibly clear she has a crush on him. When he and Adriana drift apart, he is definitely going to hook up with her.

Speaking of Adriana, when Dixon blows her off at the Off Shore pop up she runs into the arms of Taylor. When she ran off stage, away from Dixon, you just knew immediately she was going to get it on with Taylor.

Before we move on from the Dixon/Adriana story, did anyone know Tristan Wilds could rap? I was kind of into it. Also, Dixon's pinched nerve is definitely going to turn into something worse. 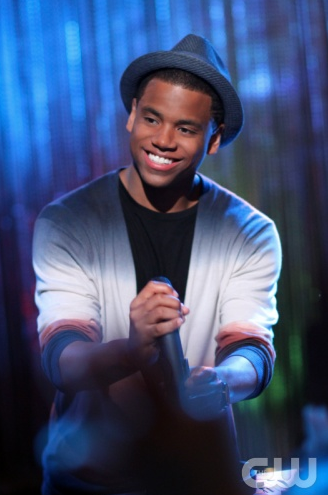 Riley, Dixon's physical therapist, is now openly putting the moves on Annie. He is definitely sexy, but he's so arrogant it kind of ruins it. Please reference my post on Tuesday 10/16 calling that Annie and Riley will hook up. If they could survive that sex talk, they can make it through any obstacles. 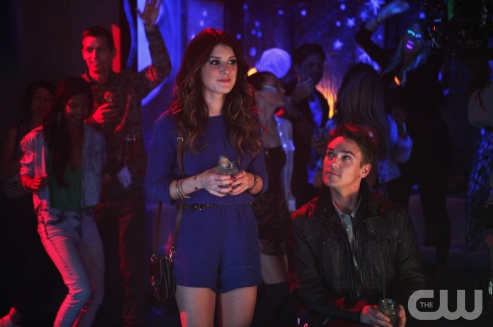 Annie is still dating Collin who it turns out, hacked into Max and Alec's server. I am sure soon it will be revealed that Collin works for a rival company. Alec was back this episode as Naomi tries to expose his true intentions to Max. To do so, Naomi brings Madison back into the picture. Awkward!

At the start of the episode I thought we were bracing for a return of Silver and Liam. Their chemistry seemed to be building. Navid appeared to be picking up on that chemistry and was rather pissed off. He even read a text from Silver on Liam's phone.

Meanwhile, Liam drops out of his business class so he can retain his bitchy professor as his lawyer. He asks her to draft an agreement for the Off Shore and that requests she deliver it to the pop up. When she shows up, naturally she has her boobs out for the whole world. Really? After a short period of arguing, Liam and the professor go at it in the bar's kitchen. Again, please reference my recap on 11/5 when I predicted this would happen.

Turns out that one of the pop up party guests caught Liam and the professor in the act on his cell phone. More on that in a minute.

During this episode Nelly Furtado performed which brought me right back to when I was 16 years old and "I'm like a bird" came out. I bought the album and listened to it non stop in the car for months. Ask my little sister who had to sit shotgun while I belted it out for easily three months straight. 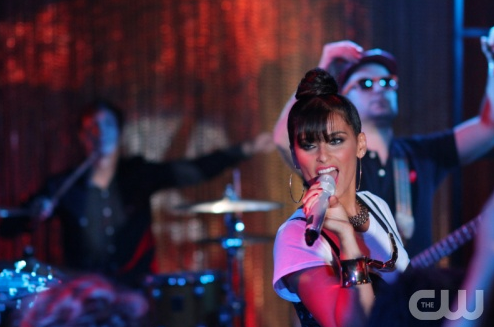 In previews for next week we see that Adriana and Taylor continue to hook up and Liam's sex tape is debuted at a big screen event. Maybe he'll get his own TV show like Kim Kardashian!

END_OF_DOCUMENT_TOKEN_TO_BE_REPLACED 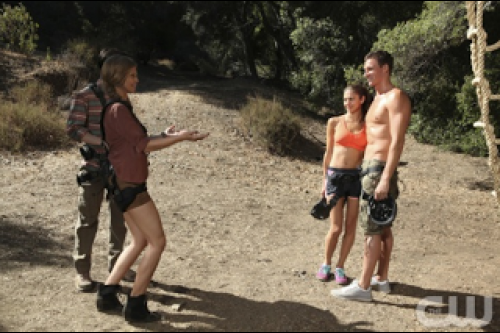 Pole dancing. Glamping. Ryan Lochte. Naked photos on the internet. Tonight's episode of "90210" was by far the zaniest yet. 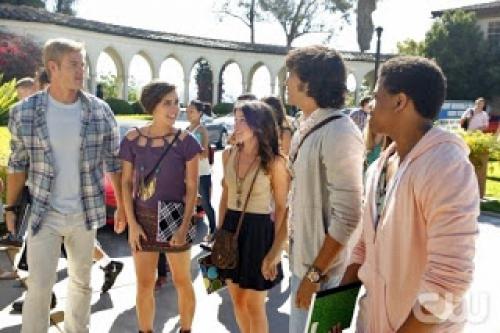 Tonight season three of 90210 premiered on the CW.