Last week during the Grey's Anatomy season premiere we picked up at what we believed to be 30 days after the plane crash. We dealt with the passing of Mark and learned that Arizona had become a recluse after losing her leg.

This week's episode flashes back to the final moments of the accident when our gang is found and pulled from the woods. We begin to see what happens in the first 24 hours after their rescue. 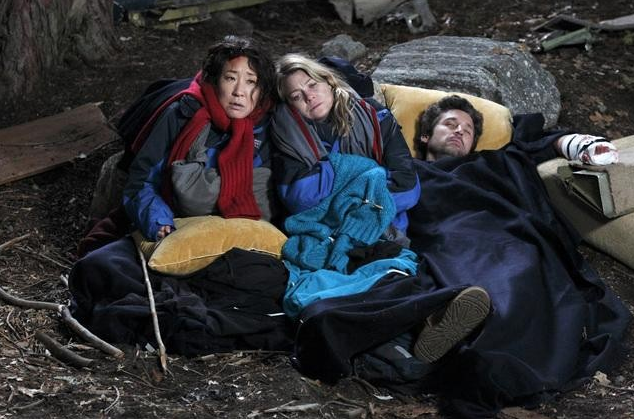 The first discovery is that Cristina leaves the scene of the crash and refuses to speak. For days, possibly weeks, she is completely non-verbal. Considering she is usually so sharp tongued, this was shocking. To see Owen giving her a sponge bath . . .  I never thought we'd see her that vulnerable. When she told Owen that she stayed awake for four straight days, that she drank the plane fuel and that she fought to keep the animals from eating Lexie, I just about lost it.

During this episode we make the shocking discovery that Mark was actually awake in the first days and weeks after the accident. I gasped out loud when he came onto the screen and was sitting up and talking. The chief thinks he is experiencing "the surge," meaning, he's getting better before he gets way worse. When the chief talked Mark through his DNR paperwork I got a little choked up.

Next we discover that Callie is juggling trying to save Arizona's leg and serving as Derek's surgeon for a risky procedure. While Callie is operating on Derek's hand she gets word from Karev that Arizona is crashing. Watching Callie give the orders to amputate Arizona's leg gave me chills.  I do not want to see what happens when Arizona wakes up.

On a related note, why do they keep saving Arizona's story line for last? In last week's episode and this week's her story line doesn't even come up until more than half way in.

Bailey had a small role in this episode but it seemed she was always on nanny duty (first with Zola, then Sofia). When did Bailey become the chief of hospital daycare?

I have to say, I really hate the way these first two episodes were structured. It doesn't make any sense to me why we would see the aftermath in the second episode when it would have been just as easy to start the season with tonight's story lines. Explain yourself, Shonda!

In the previews for the next episode we learn that the show won't return next week, but in two weeks. Why?! Don't fret my friends, 90210 and Gossip Girl return on Monday the 8th!

END_OF_DOCUMENT_TOKEN_TO_BE_REPLACED

It's week 22 of the pandemic and I'm back with a fresh list of TV show and movie recommendations to help you pass the time. 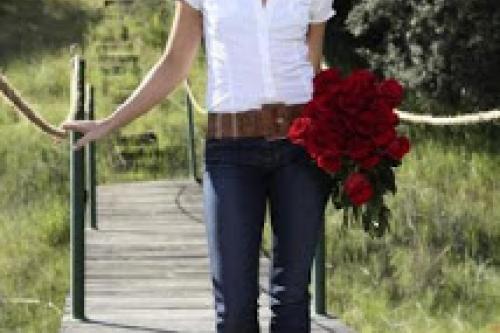 The Bachelorette: Whoa Is Me In Whistler

Secrets, Secrets Are No Fun