Last summer the entertainment magazines and blogs were a buzz about the two Snow White films that would debut in 2012. Would they really be that different? Who would be cast as the iconic princess? Would the movie that premieres second be at a severe disadvantage?

It was game over for me when it was announced that Charlize Theron would play the evil queen in the movie that would be titled "Snow White and the Huntsman." Last year I became obsessed with Charlize after seeing this Dior commercial:

How badass is that? I want that song to be the soundtrack of my life.

Since that casting announcement I have been following every detail of the making of this film. Last night I went with three girls to opening night at the Boston Common theater. Even though we purchased our tickets in advance we still had to wait in a line about 60 people deep to go in to the theater and that was 30 minutes before showtime! We finally did get in, grab excellent seats and then watched the theater fill every single one of it's 215 seats with eager fans.

This is the point where I tell you to stop reading if you don't want to know what happens in this movie. SPOILER ALERT!

Charlize was every bit as evil as I had hoped. She literally sucks the life out of young, beautiful women and eats animal hearts for breakfast. She reigns over the oppressed kingdom with unmatched cruelty and narcissism. 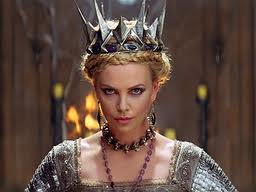 Right by the evil queen's side is her brother, who was never referred to as anything other than "brother." He does all her dirty work and there was definitely a sexual undertone to their interactions. Watching them together was, in a word, uncomfortable.

Kristen Stewart was cast as Snow White which of course made me nervous because she is best known for her role as Bella Swan in the mega successful "Twilight" series. I worried that I wouldn't be able to see her as anyone other than Bella. I am happy to say, she overcame her iconic status and really inhabited this new role. 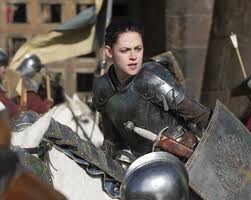 As Snow White, Kristen is resilient, brave, nurturing and kind. Though she often looks pissy in paparazzi shots, there was one scene in the movie, when she is laying still after being cursed, that she looked so stunningly beautiful. I was really impressed!

Chris Hemsworth, older brother to fellow actor Liam Hemsworth (Miley Cyrus' boyfriend), plays the huntsman who is commanded to find Snow White in the dark forest and return her to the queen. In the film the huntsman is a drunk, grieving the loss of his wife, Sarah. Of course he falls for Snow White and loyally protects her as they make their way through the dark forest and countless other hurdles to find the duke, the only remaining leader still loyal to Snow White's deceased father, King Magnus. 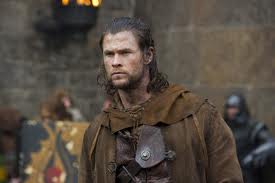 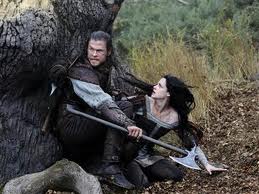 At first I was feeling Chris was underwhelming in this role, but as the movie went on, he shined in the vulnerable moments. I am looking forward to seeing what he does next.

The biggest scene stealers in the movie were undoubtedly the seven dwarfs. The dwarfs take in Snow White and the hunstman after they emerge from the dark forest and wind up being pivotal to their survival. 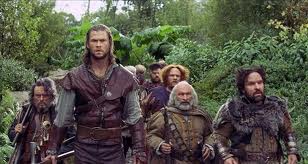 One of the dwarfs, Gus, takes a particular liking to Snow White and they share two incredibly touching scenes. The first, where Gus asks her to dance and the second, where Snow White lays Gus to rest after his untimely death.

Two of the dwarfs, who led the other five in combat, got all the great punch lines in the film. They had perfect comedic timing and got at least ten laugh out loud moments.

In addition to the great casting, the film also had some of the most breathtaking and elaborate scenery I have seen in a very long time.  From the castle perched above the cliffs to the dark forest to the fairy land to the crashing ocean waves, it was all magical. I also loved the director's decision to cut from scene to scene with aerial shots. 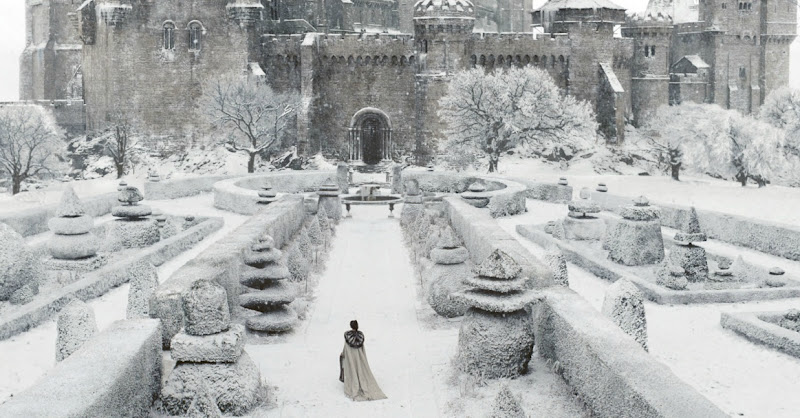 Toward the end of the movie, Snow White is awakened by true love's kiss. In that moment I was reminded just how many of the Disney movies require true love's kiss - Snow White, Sleeping Beauty and Beauty and the Beast! Thank goodness in modern times our lives do not depend on this.

My one gripe about the movie is that the huntsman did not become the king to Snow White's queen. In that final scene, they tease us, making it seem like she is going to run to him and then she doesn't! He absolutely should have been standing beside her and they should have lived happily ever after. This is a fairy tale after all!

Have you seen the movie? What did you think?

Since 2009, Limo Lux provides the most reliable limousine service all over Colorado.We take your transportation seriously and go the extra mile to ensure your airport transfer, limousine service for your beautiful Wedding, limo service for a Birthday party, black car service to the Mountains and Ski Resorts of: Breckenridge, Vail, Aspen or any other transportation is absolutely perfect.
Denver stretch limo

END_OF_DOCUMENT_TOKEN_TO_BE_REPLACED 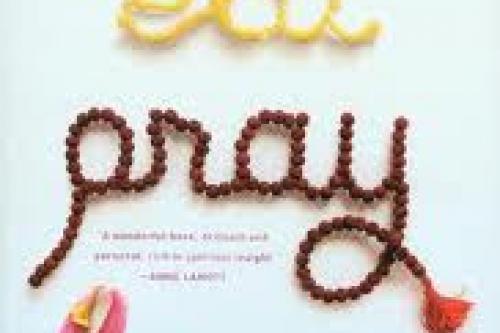 As the blizzard in Boston continues, so does my movie marathon! 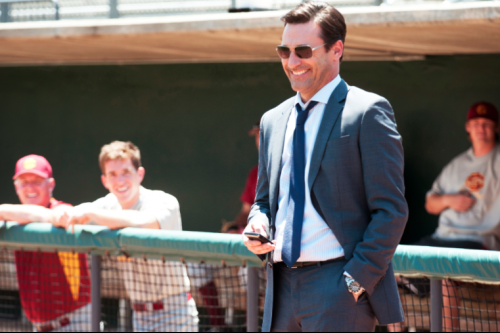 Last weekend I went to see the Disney movie "Million Dollar Arm" starring Jon Hamm as a sports agent looking to make two young men from India the next Major League Baseball stars. To be honest, I didn't even know it was a Disney movie until my boss made fun of me for seeing it.