The blog was born with this post. When the blog turned one year old I was mostly in shock and disbelief that I'd managed to stick with it! When the blog turned two, it had just been named the #2 blog on Boston.com's A List, an incredible honor and sense of validation. Today the blog turns three and I find myself wondering - what's so special about year three? 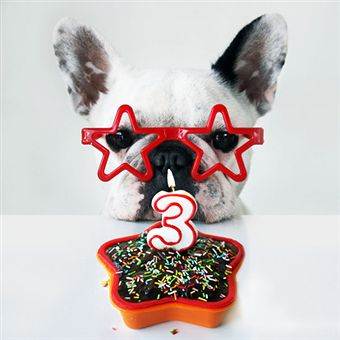 Well, according to HealthyChildren.org, "When your child turns three, the 'magic year' begins - a time when your child's world will be dominated by fantasy and vivid imagination. During the next two years, your child will mature in many areas." The website lists a few developmental milestones for three year olds:

In all seriousness, turning three is a major accomplishment. In the past year I've written 327 posts; this post is Pop.Bop.Shop.'s 818th since birth! Over the past three years you all, my incredibly loyal readers, have allowed me to share my rants and raves and best of all, you've really listened. You've left thoughtful comments, sent kind emails and text messages, and offered countless suggestions for things I might like. You're like my very own recommendation engine! From the bottom of my heart, thank you.

Thanks for sharing excellent informations. Your web-site is very cool. I'm impressed by the details that you have on this web site. It reveals how nicely you perceive this subject. Bookmarked this web page, will come back for extra articles. You, my pal, ROCK! I found simply the information I already searched all over the place and simply couldn't come across. What a perfect web-site. marijuana dispensary near me

What a fantabulous post this has been. Never seen this kind of useful post. I am grateful to you and expect more number of posts like these. Thank you very much. Weed Online Supplier USA

Nice blog and absolutely outstanding. You can do something much better but i still say this perfect.Keep trying for the best. my profile is here

This is very interesting content! I have thoroughly enjoyed reading your points and have come to the conclusion that you are right about many of them. You are great. lifestyle photography

I am overpowered by your post with such a decent theme. Typically I visit your web journals and get refreshed through the data you incorporate yet the present blog would be the most obvious. Well done! Escorts Reviews

I’m going to read this. I’ll be sure to come back. thanks for sharing. and also This article gives the light in which we can observe the reality. this is very nice one and gives indepth information. thanks for this nice article... detectives in spain

the content in my weblog no matter whether you don’t mind.[url=https://slotxo.me/]slotxo[/url]

i am for the first time here. I found this board and I in finding It truly helpful & it helped me out a lot. I hope to present something back and help others such as you helped me. https://barowatt.com

What a fantabulous post this has been. Never seen this kind of useful post. I am grateful to you and expect more number of posts like these. Thank you very much. 출장

I recently came across your blog and have been reading along. I thought I would leave my first comment. I don’t know what to say except that I have enjoyed reading. 먹튀보증금

Cheers for this excellent. I was wondering if you were thining of writing similar posts to this one. .Keep up the great articles! 원샷홀덤

I think this is an informative post and it is very useful and knowledgeable. therefore, I would like to thank you for the efforts you have made in writing this article. buffet catering company Quotes Peckham

I love significantly your own post! I look at all post is great. I discovered your personal content using bing search. Discover my webpage is a great one as you.I work to create several content this post. Once more you can thank you and keep it create! Enjoy! buffet catering company Twickenham

You know your projects stand out of the herd. There is something special about them. It seems to me all of them are really brilliant! Pregabalin

I discovered your blog site site on the search engines and check several of your early posts. Always maintain up the very good operate. I recently additional increase Rss to my MSN News Reader. Looking for toward reading much more on your part later on!… Pinoy TV

I was surfing net and fortunately came across this site and found very interesting stuff here. Its really fun to read. I enjoyed a lot. Thanks for sharing this wonderful information. interview of jack mason

It is a fantastic post – immense clear and easy to understand. I am also holding out for the sharks too that made me laugh. دورات اونلاين

Your post is very helpful to get some effective tips to reduce weight properly. You have shared various nice photos of the same. I would like to thank you for sharing these tips. Surely I will try this at home. Keep updating more simple tips like this. office and corporate buffet caterers Hornchurch

Wow, this is really interesting reading. I am glad I found this and got to read it. Great job on this content. I like it. office and corporate buffet caterers Oxford

What a thrilling post. It is extremely chock-full of useful information. Thanks for such a great info. 인싸포커

I just couldn't leave your website before telling you that I truly enjoyed the top quality info you present to your visitors? Will be back again frequently to check up on new posts. Why Are Employee Benefits Important?

Wow! Such an amazing and helpful post this is. I really really love it. It's so good and so awesome. I am just amazed. I hope that you continue to do your work like this in the future also www.designer-daily.com/3d-animation-for-real-estate-a-perfect-solution-for-your-business-101218

What a thrilling post. It is extremely chock-full of useful information. Thanks for such a great info. visit my profile

Wow, this is fascinating reading. I am glad I found this and got to read it. Great job on this content. I liked it a lot. Thanks for the great and unique info. best tips

I exactly got what you mean, thanks for posting. And, I am too much happy to find this website on the world of Google. traveler

What a thrilling post. It is extremely chock-full of useful information. Thanks for such a great info. this website

Some truly wonderful work on behalf of the owner of this internet site , perfectly great articles . strapping machine for pallets

A decent blog dependably concocts new and energizing data and keeping in mind that understanding I have feel that this blog is truly have each one of those quality that qualify a blog to be a one. 토토사이트

Fabulous post, you have denoted out some fantastic points, I likewise think this s a very wonderful website. I will visit again for more quality contents and also, recommend this site to all. Thanks. ايجار سيارات فى مصر

I am incapable of reading articles online very often, but I’m happy I did today. It is very well written, and your points are well-expressed. I request you warmly, please, don’t ever stop writing. patch creator

This content is written very well. Your use of formatting when making your points makes your observations very clear and easy to understand. Thank you. social media marketing in karachi

I really like your take on the issue. I now have a clear idea on what this matter is all about.. website design

This is an excellent post I seen thanks to share it. It is really what I wanted to see hope in future you will continue for sharing such a excellent post. 강남홀덤

hello!! Very interesting discussion glad that I came across such informative post. Keep up the good work friend. Glad to be part of your net community. custom name patches

I recently came across your blog and have been reading along. I thought I would leave my first comment. I don't know what to say except that I have enjoyed reading. Nice blog. I will keep visiting this blog very often. شراء متابعين

I wanted to thank you for this great read!! I definitely enjoying every little bit of it I have you bookmarked to check out new stuff you post. Home Improvement Deductions for Taxes in 2020

Very interesting blog. Alot of blogs I see these days don't really provide anything that I'm interested in, but I'm most definately interested in this one. Just thought that I would post and let you know. ジュエリー生産

Hello I am so delighted I located your blog, I really located you by mistake, while I was watching on google for something else, Anyways I am here now and could just like to say thank for a tremendous post and a all round entertaining website. Please do keep up the great work. web development company in dubai

Today, I was just browsing along and came upon your blog. Just wanted to say good blog and this article helped me a lot, due to which I have found exactly I was looking. custom velcro name patches

Very nice article, I enjoyed reading your post, very nice share, I want to twit this to my followers. Thanks!. voyance par telephone

Very nice article, I enjoyed reading your post, very nice share, I want to twit this to my followers. Thanks!. voyance par telephone

I really loved reading your blog. It was very well authored and easy to understand. Unlike other blogs I have read which are really not that good.Thanks alot! visit here

END_OF_DOCUMENT_TOKEN_TO_BE_REPLACED 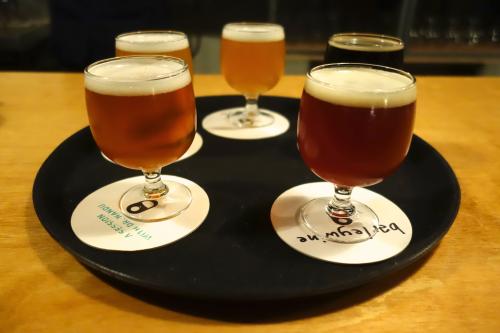 Guys, we made it. It's the final week of 2015. Can you believe it? When I sat down to write this list of resolutions in January it felt like I had an eon to complete them. 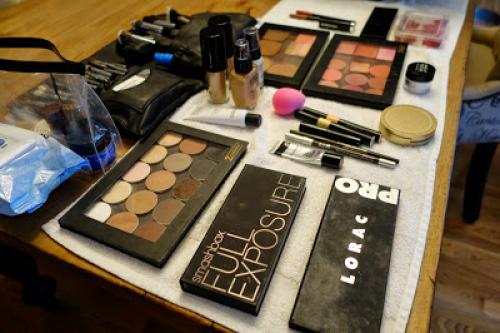 As I mentioned on Monday, this week I'll be sharing with you my entire experience filming "The Foodie List" TV show in Boston. Yesterday we talked about my audition and the casting of the show and today I thought we'd dish about hair, makeup and wardrobe. Ladies, you know this is critical.

Happy hump day everyone! Today I want to share with you a few announcements. First, by reader request, Pop.Bop.Shop. now has a Facebook page.