While I was in New York City the last two weeks I had the opportunity to try several news bars, restaurants and bakeries. My first night in town I got in so late I just ordered delivery to my hotel room from my favorite pizza place (Vezzo, you can read my review here) but by night two I was ready for a dining adventure!

After work I headed back to my hotel and waited for my friend to drive into the city from New Jersey (what a trooper!). I know of many fun places near the Ace Hotel, but I hadn't really researched anywhere new to check out. My cousin, who lived in New York for five years just two blocks away from the Ace, was my first phone call for ideas. She suggested three places and after consulting with my New Jersey visitor, we decided on Josie's.

Josie's is in Murray Hill at the corner of 37th Street and 3rd Avenue. It was a nice, fifteen minute walk from my hotel. When we arrived, there was brown, butcher paper all over the windows and we got nervous it might be closed, but thankfully it was just the burger joint right next door that was out of business. Phew!

When we opened the door to the restaurant I was immediately struck by how warm and cozy it was. The ceiling was sprinkled with beautiful light fixtures that looked like they were made of sea glass. Along the left wall ran a large, beige, padded banquette which made all the tables feel like they were up against an IKEA couch. 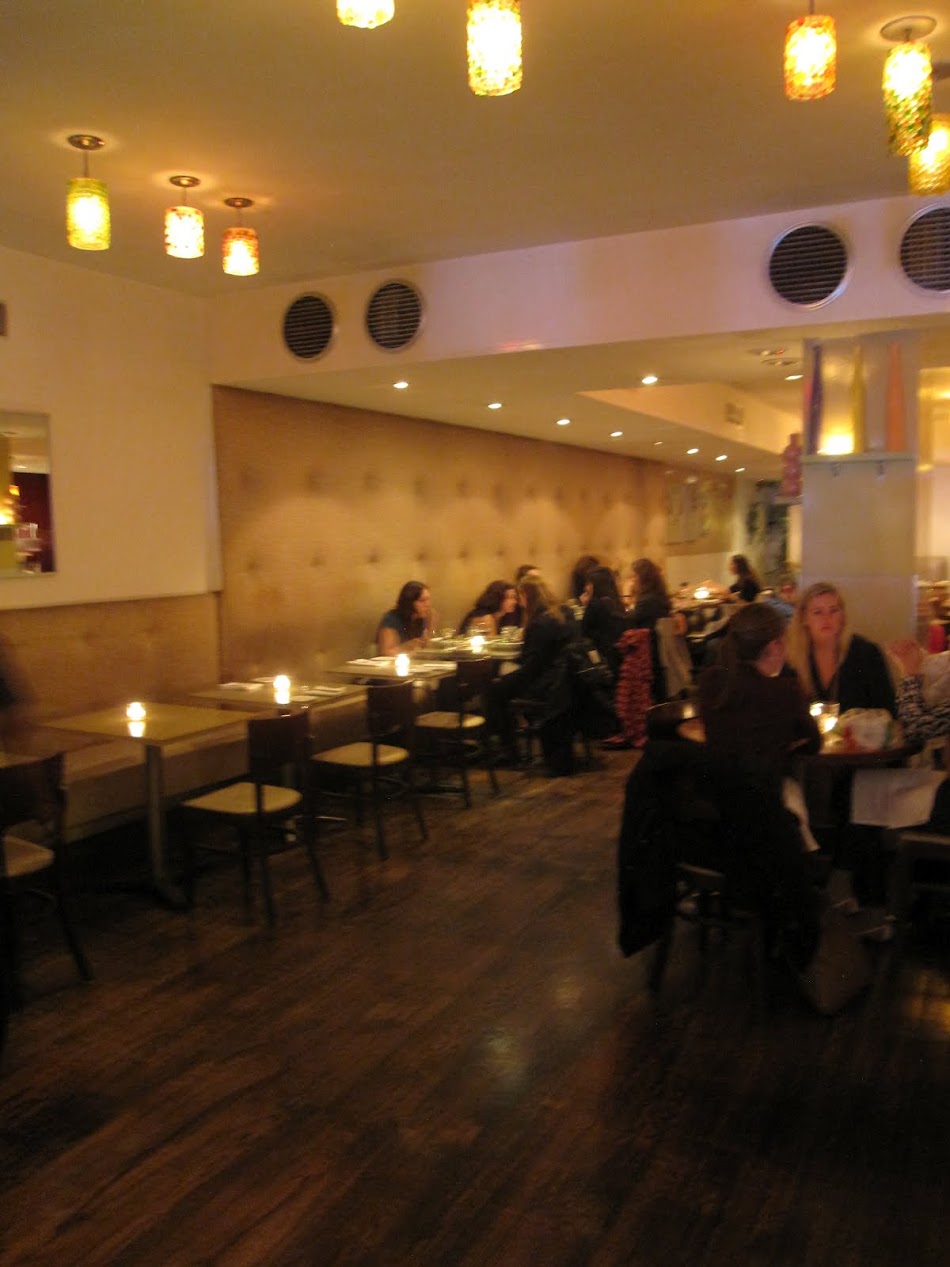 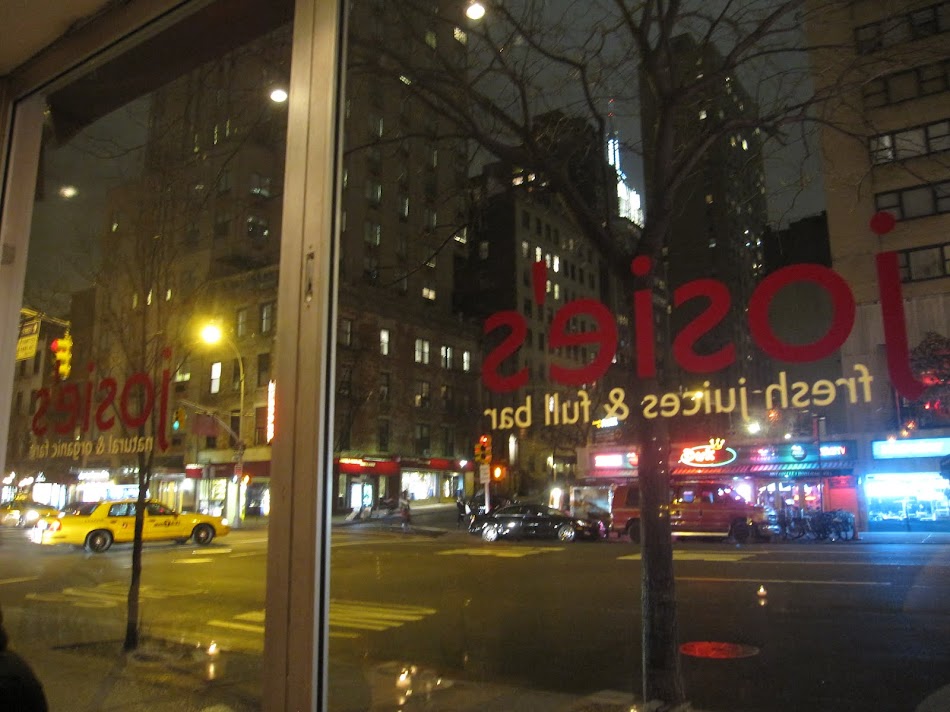 Our waiter arrived and had such a thick accent we had to ask him to repeat every single thing he said. It was a bit challenging. 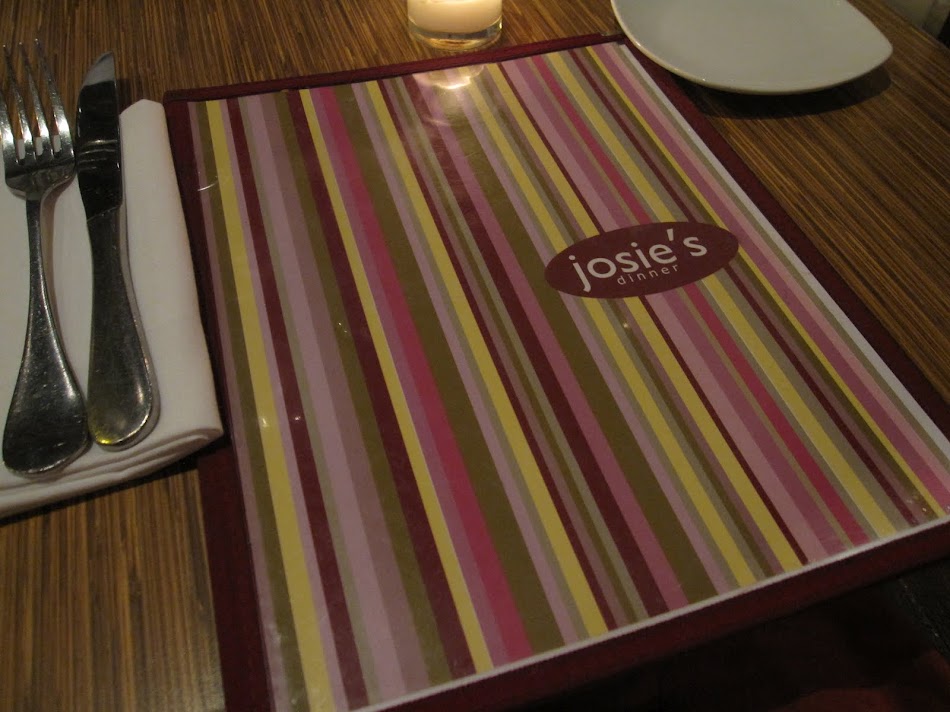 While we looked over the menus the bus boy came around with a basket of bread offering us a each of piece, our choice of about six different varieties. With our choices came a sweet potato puree for spreading. 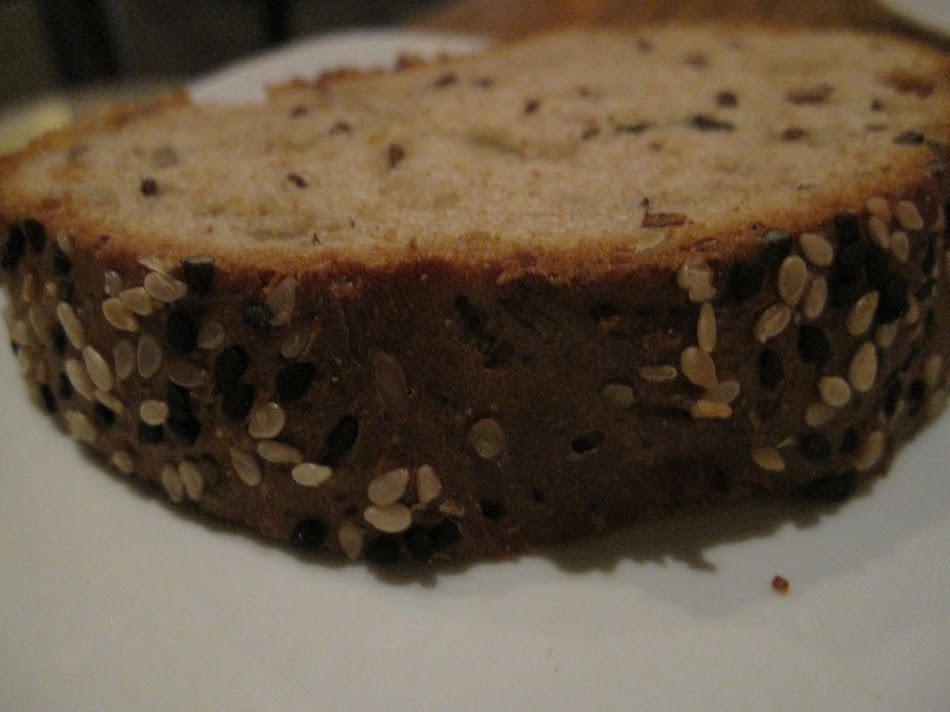 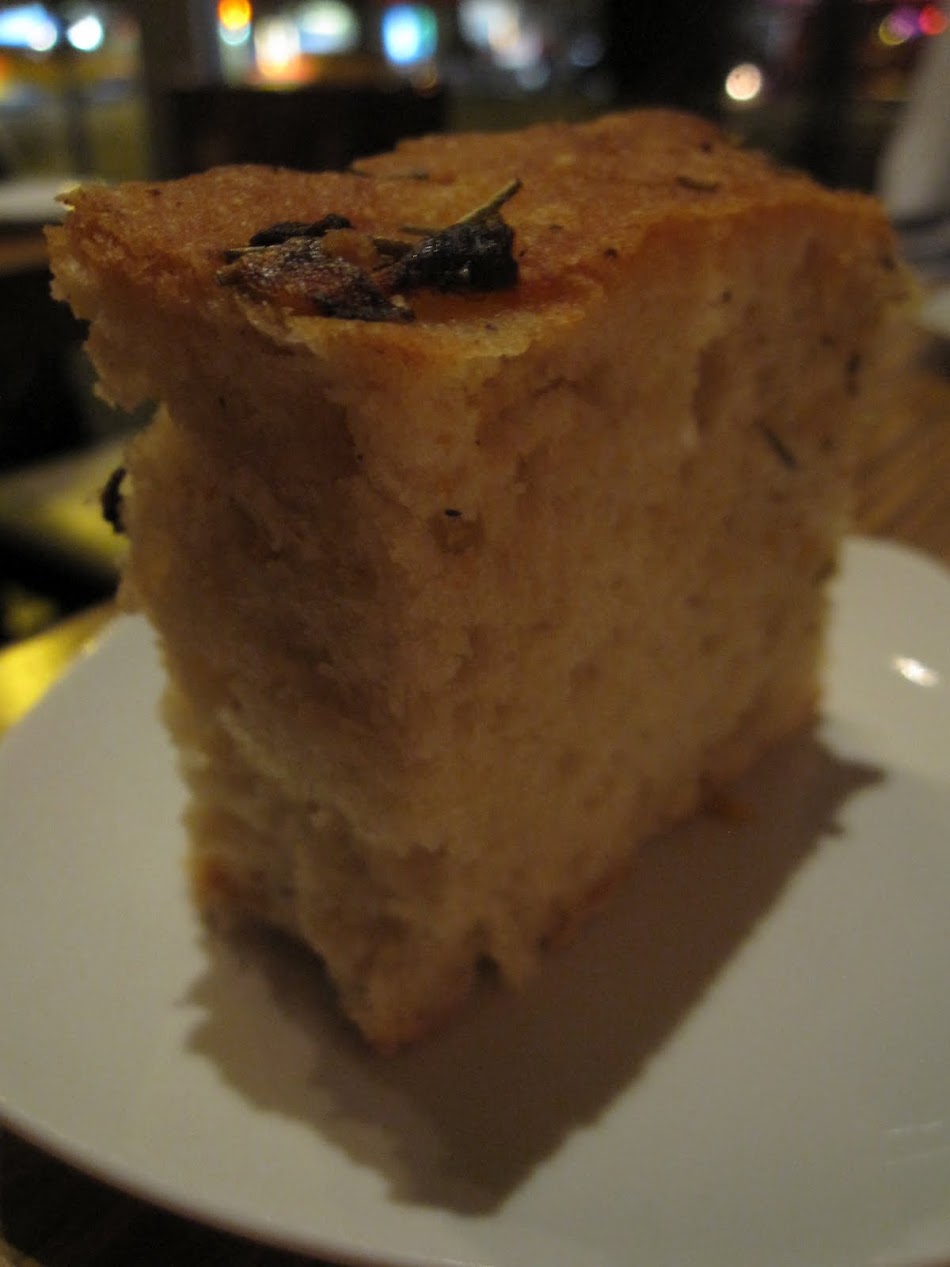 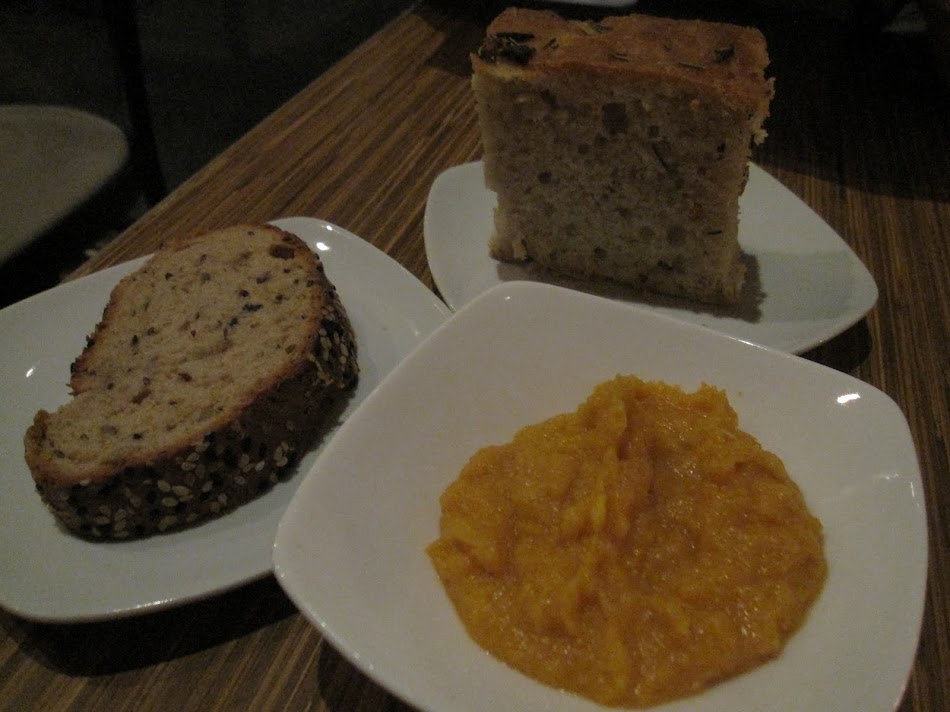 For drinks he decided on a Belgian beer and I ordered the white Sangria. 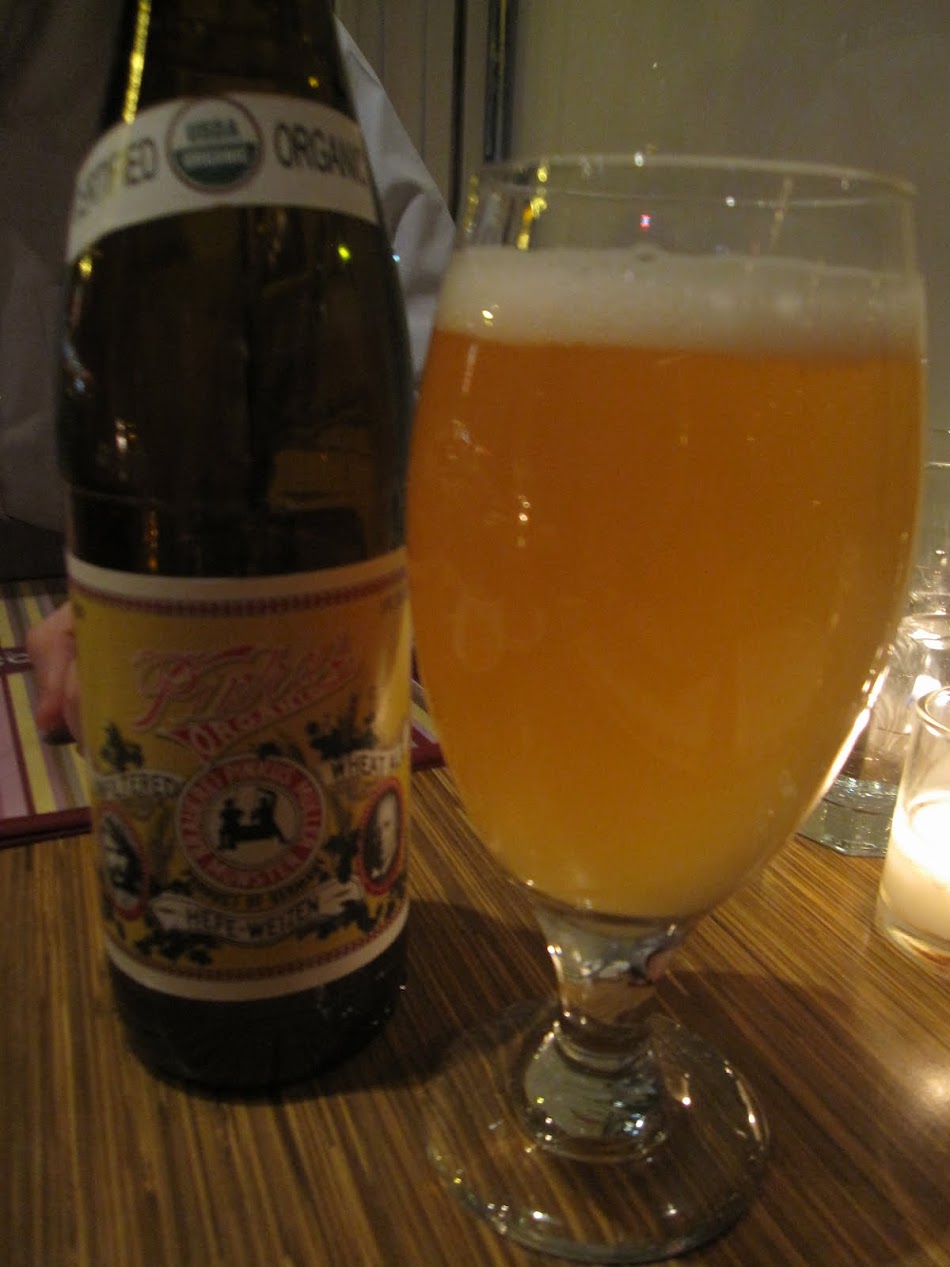 The sangria was one of the best I have ever had. It tasted like a sour apple jolly rancher. So yum! 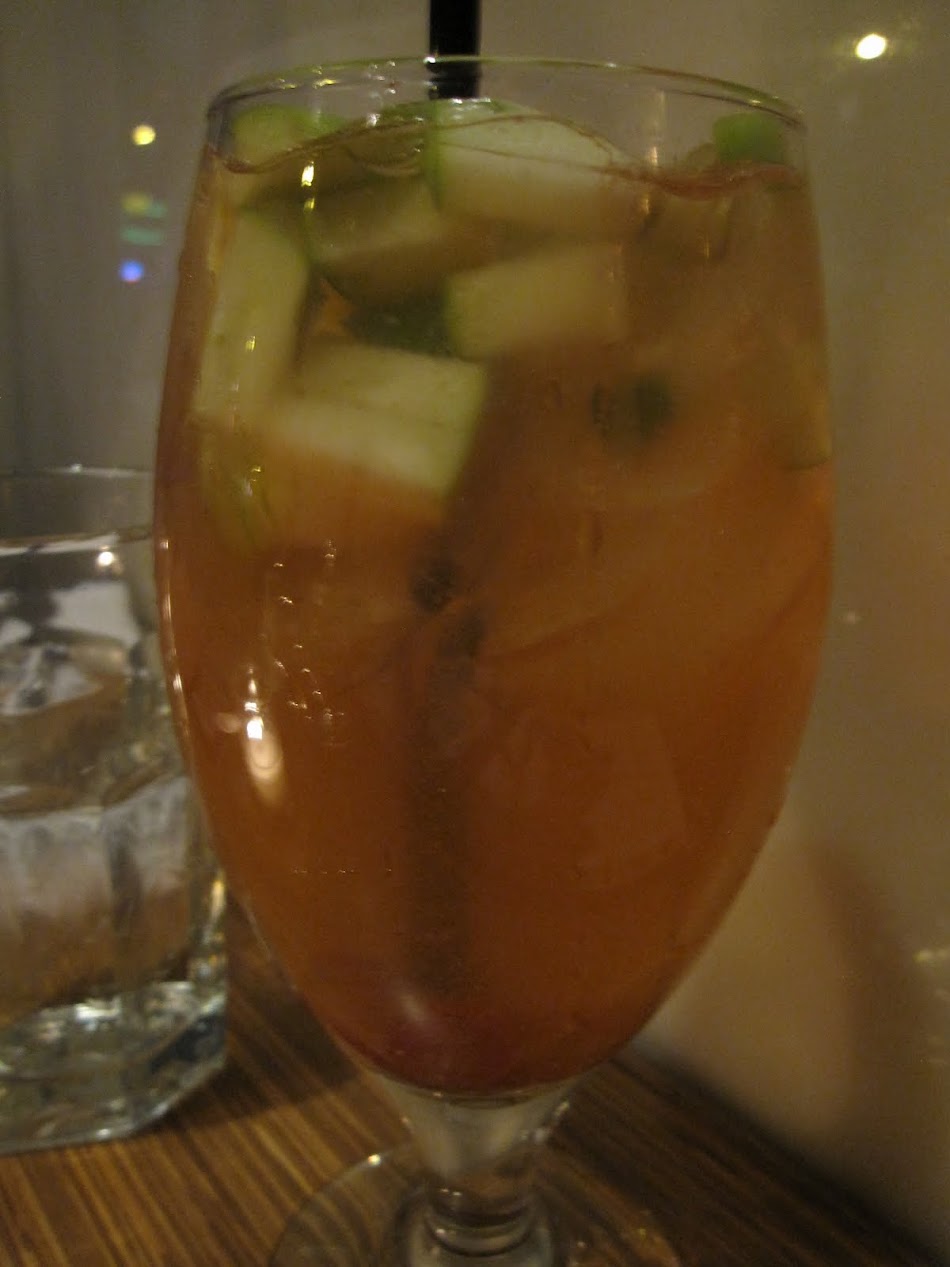 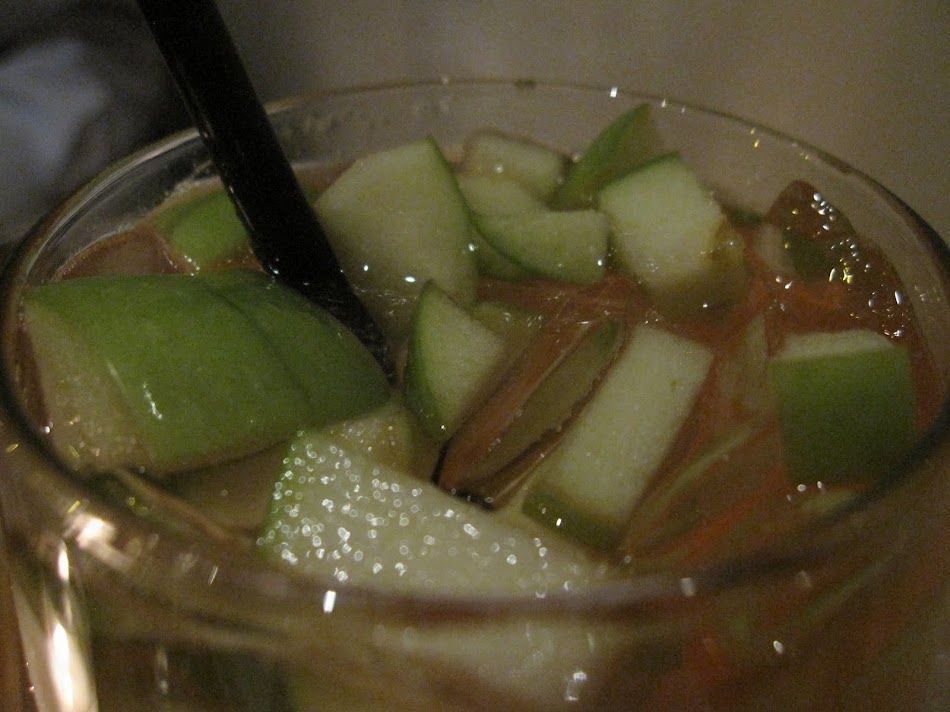 The thing I liked most about Josie's menu was that it had an entire section called "Vegetarian Friendly" making it super easy for me to find the best items. 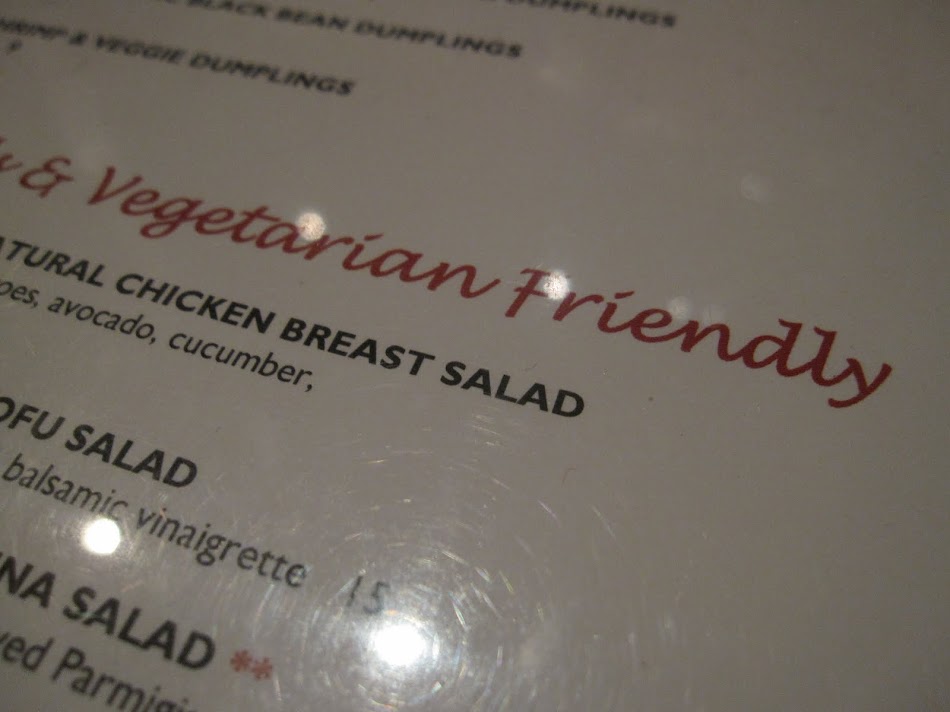 For an appetizer we decided to split the potato and broccoli dumplings. The plate arrived with four perfect pouches packed with veggies that rested a top a sea of roasted tomato sauce. We gobbled these up (and the sauce!) in seconds. This is a must have menu item! 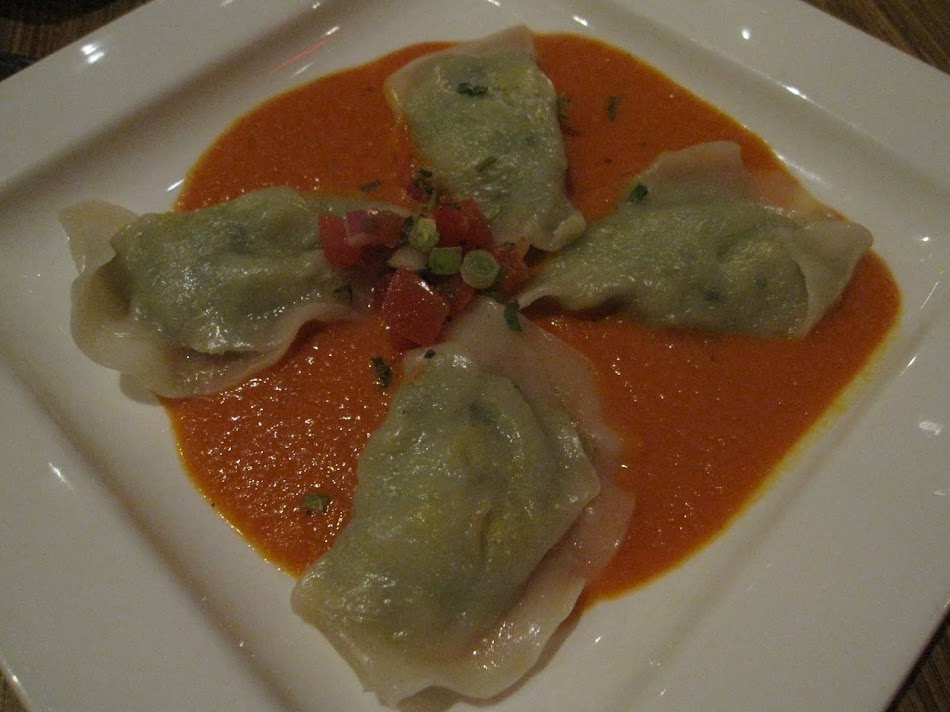 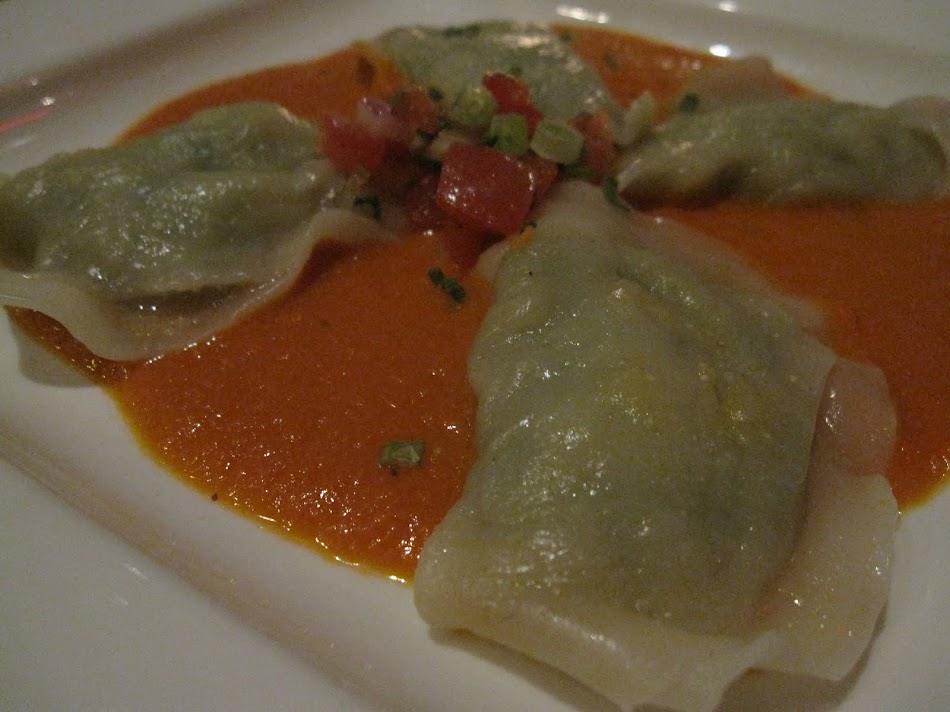 For dinner my friend ordered the tuna burger which came with french fries. He said the tuna was seasoned well, but his was overcooked. I asked how the fries were because he seemed to be eating them slowly and he said, "Well, they aren't really fries since they are baked." Good to know. 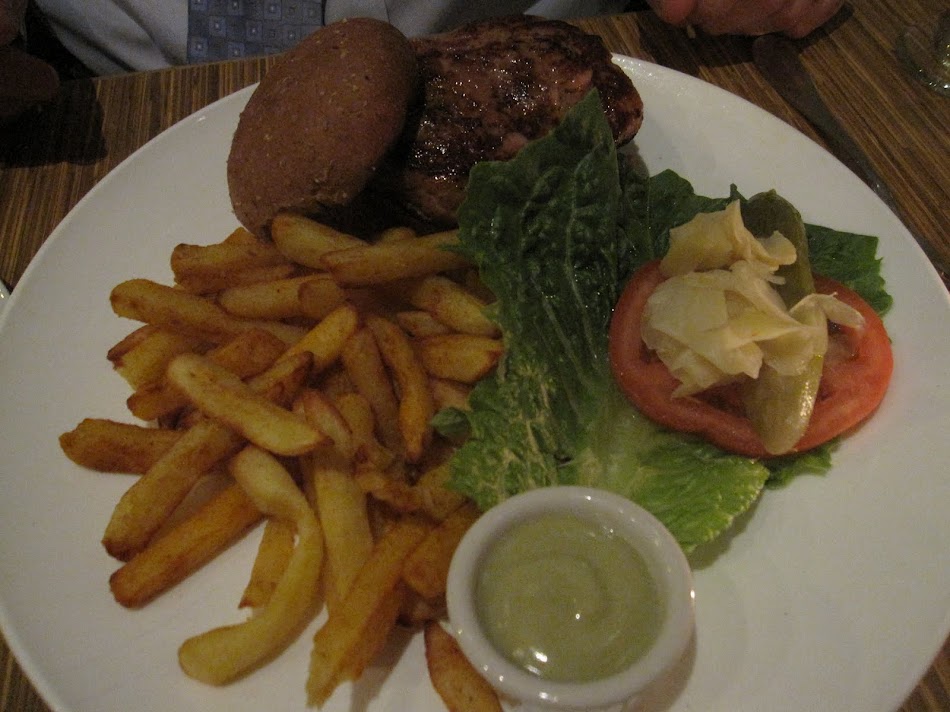 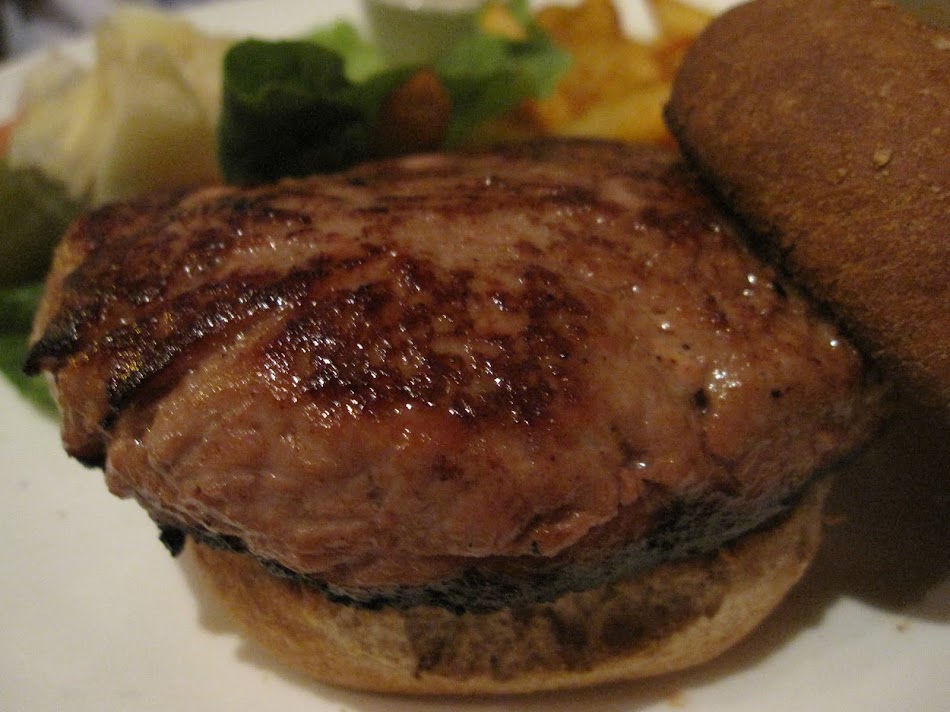 I ordered the pumpkin ravioli which came with mushrooms, spinach, leeks, tomatoes and a white wine sauce. 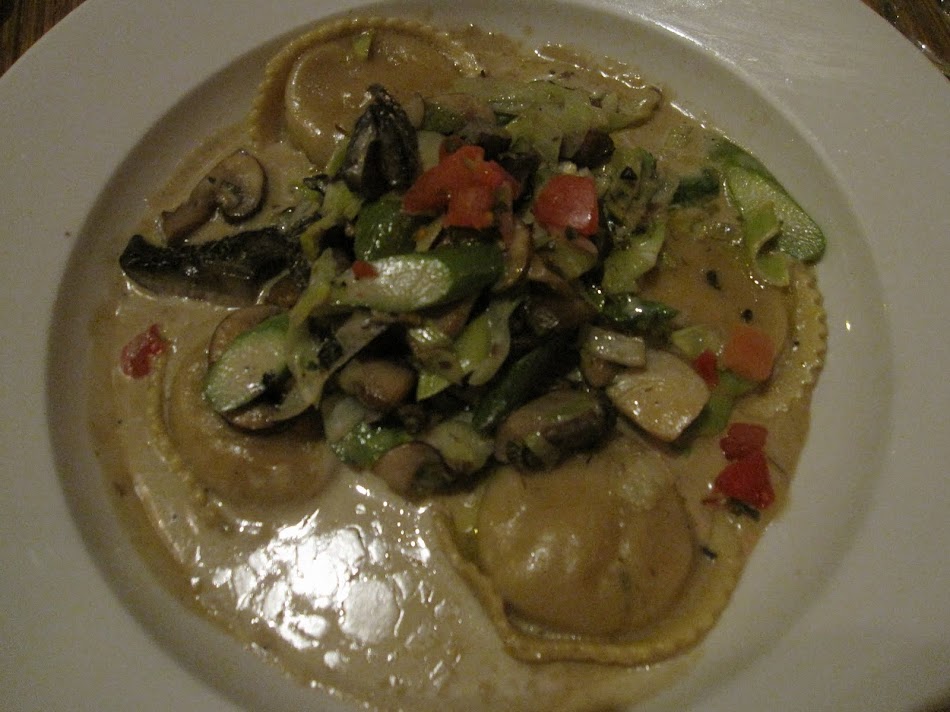 The ravioli was generously stuffed with pumpkin and then topped with a heaping portion of veggies. I loved that the vegetables weren't just a garnish, they really were half of the dish. The sauce was so delicious I kept swirling each bite around in it to really soak it up. 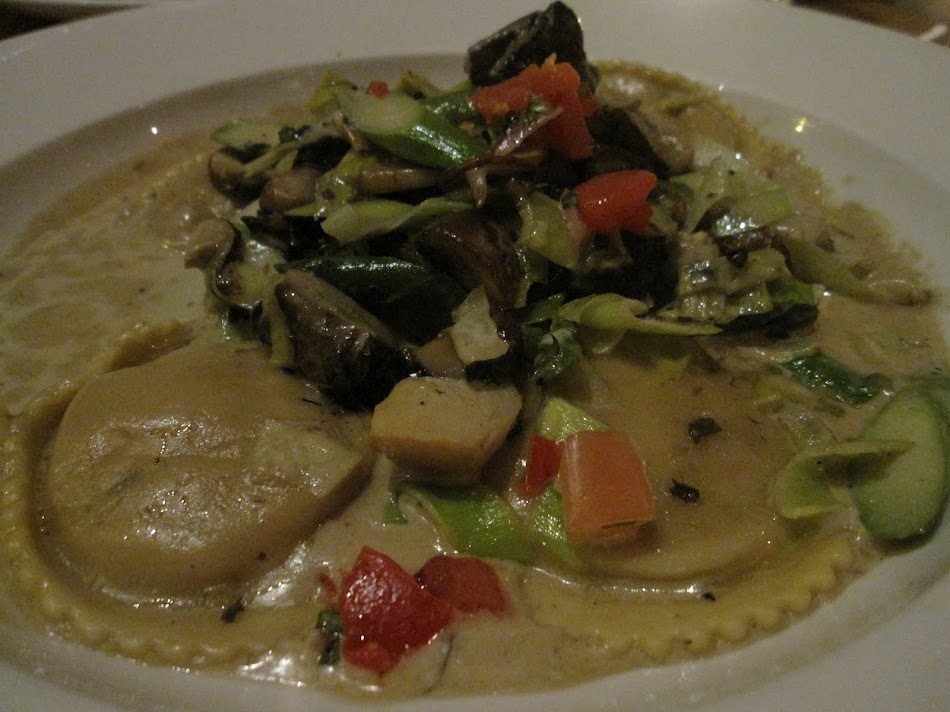 Our entire dinner I kept thinking about how Josie's is the perfect place for a date. It has that intimate feeling, the drinks are fantastic, the food is exceptional and if you don't want to have the full meal, you can also sit at the bar. 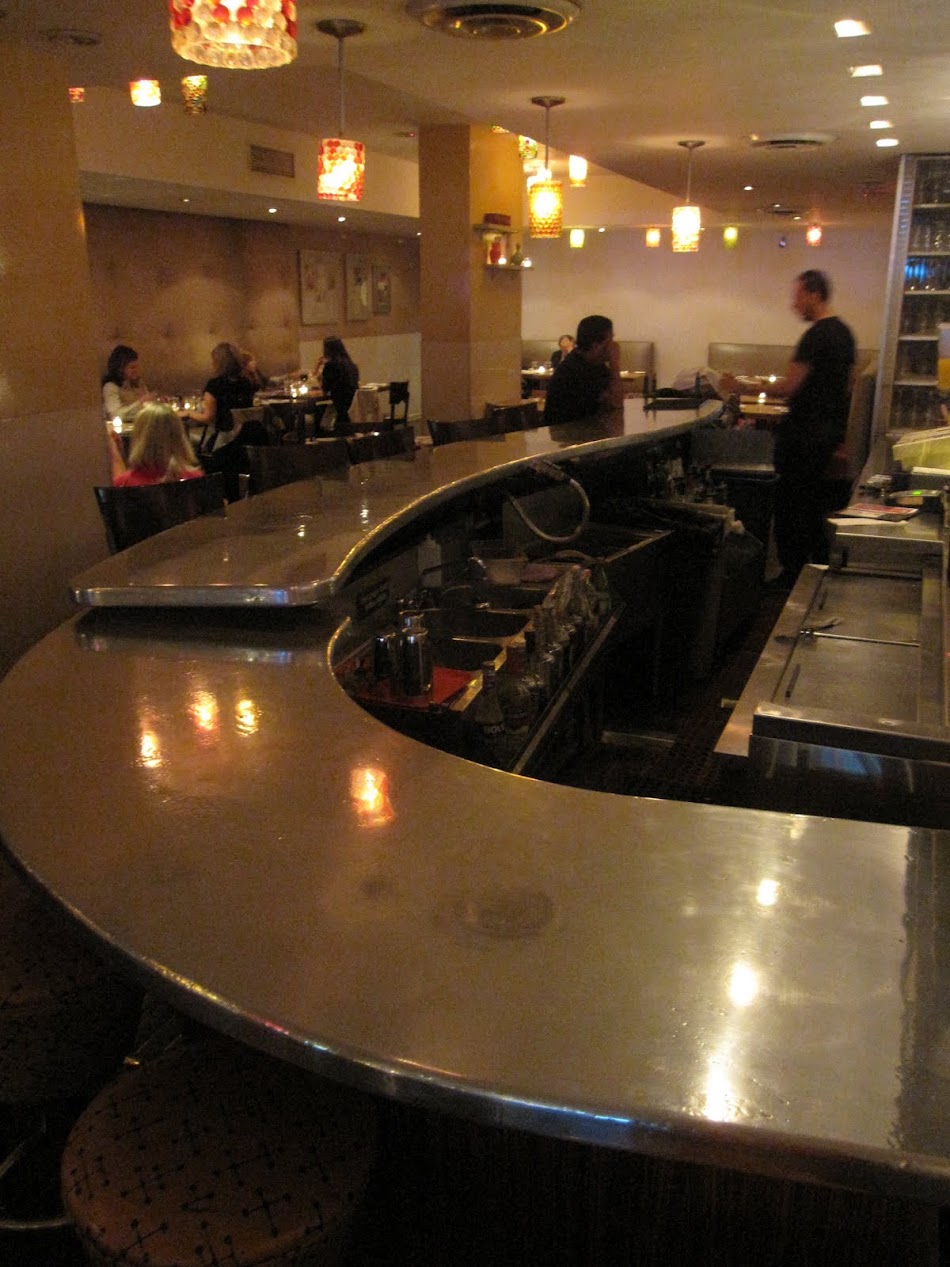 Josie's has two locations, the one in Murray Hill and one on the Upper West Side at 74th Street and Amsterdam.

Have you been to either Josie's location? What did you think? 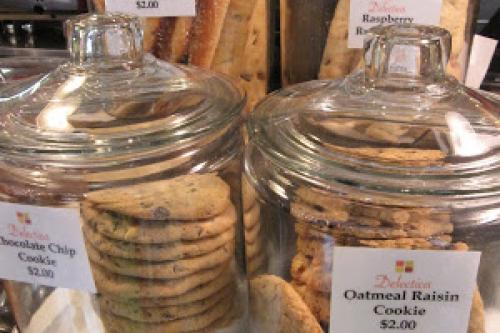 My New York dining adventures continue! On Monday morning of my trip (MLK Day) my hostess wanted to take me to an Israeli cafe a few blocks up from her apartment. She raved about their traditional Israeli breakfast and the European cafe vibe. 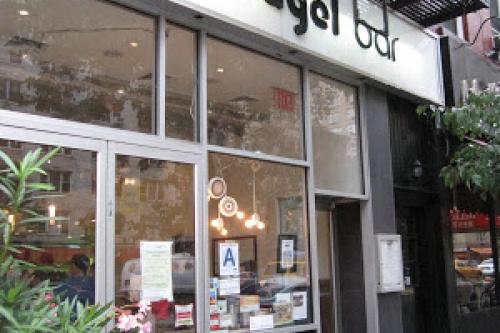 When you think of food that New York City does best, that list always includes bagels. 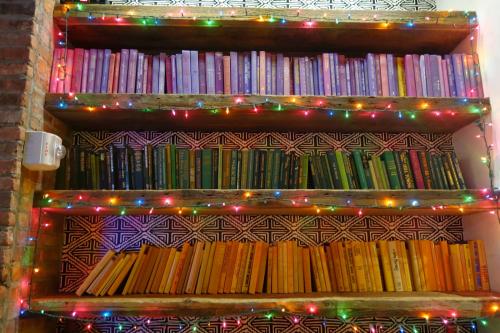