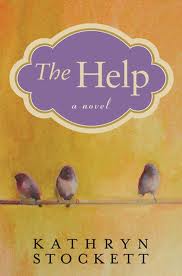 I know, I know, I'm about three years late on this one. After hearing from countless family members and friends how much they loved "The Help" and after watching the preview for the movie, I knew I had to see what all the fuss was about.

"The Help" deserved every single second of that hype. The book was poignant, raw and at the same time, hysterical. For those who aren't familiar, "The Help" is written by Kathryn Stockett about black women who worked as maids for white families in the 1950s and 1960s in Jackson, MS. "The Help" is a bit of art imitating life, as Stockett herself grew up in Jackson and had a black maid.

In the book, protagonist Eugenia "Skeeter" Phelan graduates from Ole Miss wanting to become a writer. Everyone in her life laughs at her and only cares about when she'll get married. One day Skeeter has a light bulb moment: she wants to tell the truth about what it's like for black women to take care of and work for white families.

The majority of the book covers the clandestine meetings between Skeeter and the maids where they tell their stories, she types and edits them and then sends the first chapters to a Harper & Row editor in New York.

Once the New York editor gives the green light for a full manuscript, the lives of Skeeter and the maids dramatically change. They all experience something they'd forgotten: hope.

For me, I loved reading the chapters about Aibeleen, who worked for Skeeter's childhood friend Elizabeth. I found her voice easiest to relate to and almost soothing to read. I also related to Skeeter, who was struggling between wanting to chase a pipe dream in New York and also feeling like she'd love to be married, just like her friends.

If you haven't read "The Help," I would highly recommend it. I found myself tearing up and laughing out loud on multiple occasions (kind of embarrassing on a public bus). I am now going to reward myself by renting the movie!

I'm about a hundred pages in and got totally sidetracked. I really want to finish it!

END_OF_DOCUMENT_TOKEN_TO_BE_REPLACED

This summer I have been devouring books like gummi bears. I just finished "Sisterland" by Curtis Sittenfeld, the author of "American Wife" and "Prep." 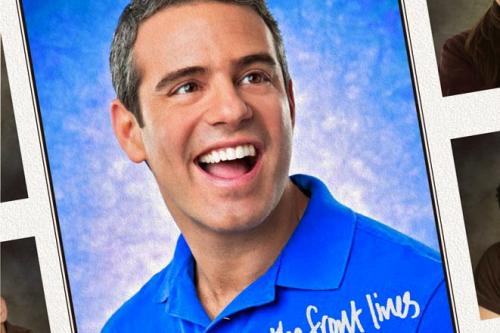 Happy Friday everyone! Congratulations to those who live in the northeast. You survived a blizzard! Today I want to talk about a book I finished two weeks ago, written by the one and only, Andy Cohen. Most of you know Andy from his Bravo TV fame. In his first book, "Most Talkative," he brings you on the journey from his hometown of St. Louis, all the way to his signature "Watch What Happens Live" clubhouse in NYC.