Full disclosure, I watched tonight's episode of Grey's Anatomy after three very full glasses of wine, so my perception of the events may be a bit . . . off.

I cannot believe Shonda killed Henry! How can you hurt Scott Foley? I don't know what is more upsetting, losing Henry or waiting for Teddy's reaction to learning she's lost Henry. My heart is already breaking just thinking about it. 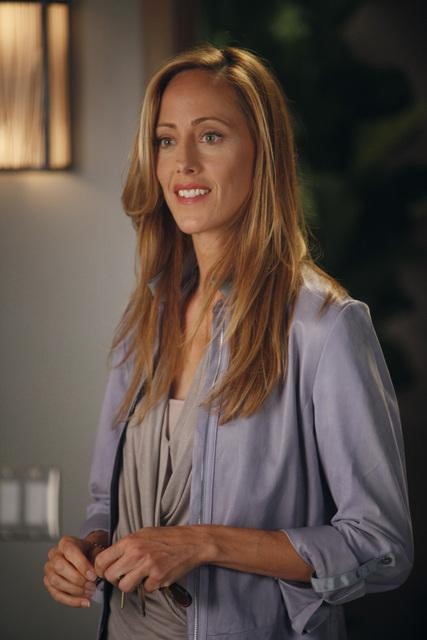 I was pleasantly surprised that Alex and Meredith survived the lightening storm because last week's preview made it seem like they wouldn't. I could have however done without seeing those three men dead on the ground. Brutal. Equally painful was the story line of the woman with the misplaced screws in her back. Do you think it really was Dr. Avery's fault? Also, didn't it seem like Dr. Avery and the patient were too flirty? Like, perhaps they had an affair?

Most of this hour was depressing, but I still take comfort in the dynamic of Meredith and Cristina's relationship, which has existed since episode one. To me, they are the ultimate Grey's couple. They really, truly get each other.

There were no previews at the close of the episode which leaves me wondering if there won't be a new episode until after Thanksgiving. Anyone know?

this one really did me in. how could they do that to scott foley is right. awful.

1.) Is Ellen Pompeo preggers again? Or did she get weird facial work done? Her whole face looks different.
2.) What's up with Patrick Dempsey's horrible, miraculously-appearing-overnight spray tan? Karev too.
3.) WHEN are they going to stop the doctor/patient romantic hook ups? I liked Henry best of all of 'em (ahem, Denny and Ava/Rebecca and your terrible storylines) but there is very little room in my heart for any more of this kind of thing.
4.) Is it just me, or did Owen used to be a redhead and now is distinctly blond?
5.) Kinda loved when Sloan offered Sofia up like a "time share in Cabo" - and props to Derek for calling him on it.
6.) It felt to me like this episode illustrated perfectly how the writers of this show have blurred too many lines in the character arcs. Just too many.
7.) What the hell happened at the end?! Who was that?! Dang.

END_OF_DOCUMENT_TOKEN_TO_BE_REPLACED

Over the holiday break I did a lot of streaming. Let's just say that Netflix and Amazon are running out of things to recommend to me, that is the level of consumption we're talking about.

Two Decembers ago my mom and I watched all of the first season of "Transparent" in two days (you can read my review here). We could have done it in one sitting, but we felt guilty holing ourselves up in the den while my dad was left alone in the other room.