Two weeks ago I was driving on Western Ave. in Allston when I noticed something new had popped up! I squinted and saw the sign read, Stone Hearth Pizza. I knew I had read about about Stone Hearth somewhere and after a little poking around online I found the original source, a friend's blog: Free Food Boston! Read her two mouth watering reviews of their Cambridge location here and here.

Last night I rallied my weekly Thursday night date and we headed to the new Stone Hearth. It was pouring rain and Stone Hearth was literally the light at the end of the tunnel (well, street). 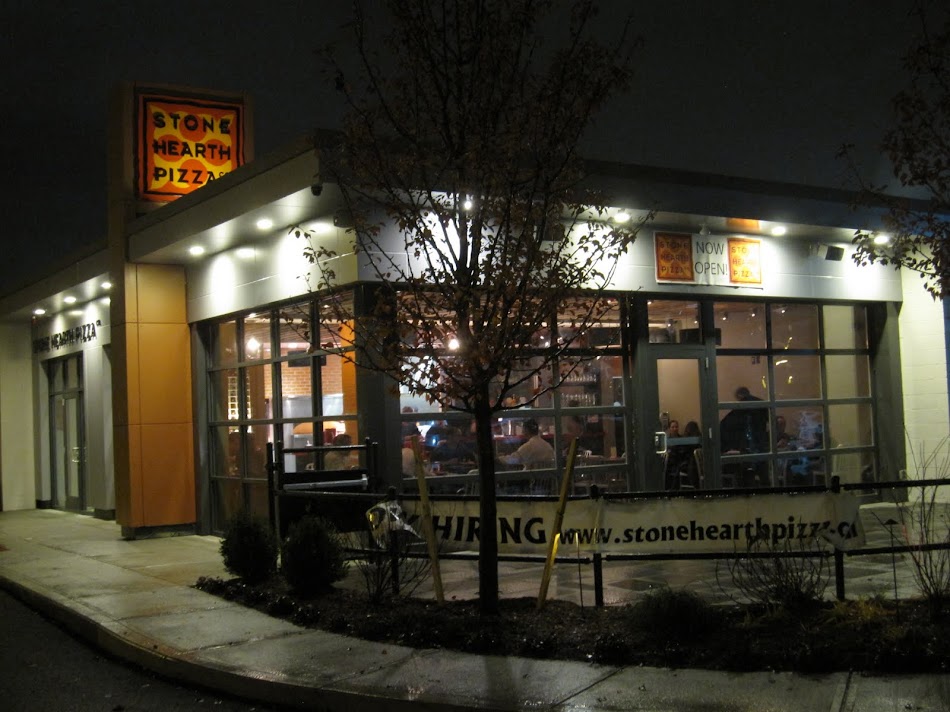 As soon as we opened the doors, I was in love. As the daughter of an architect I notice all kinds of design features that most people miss. Stone Heart has exquisite lighting. Take these above the entryway: 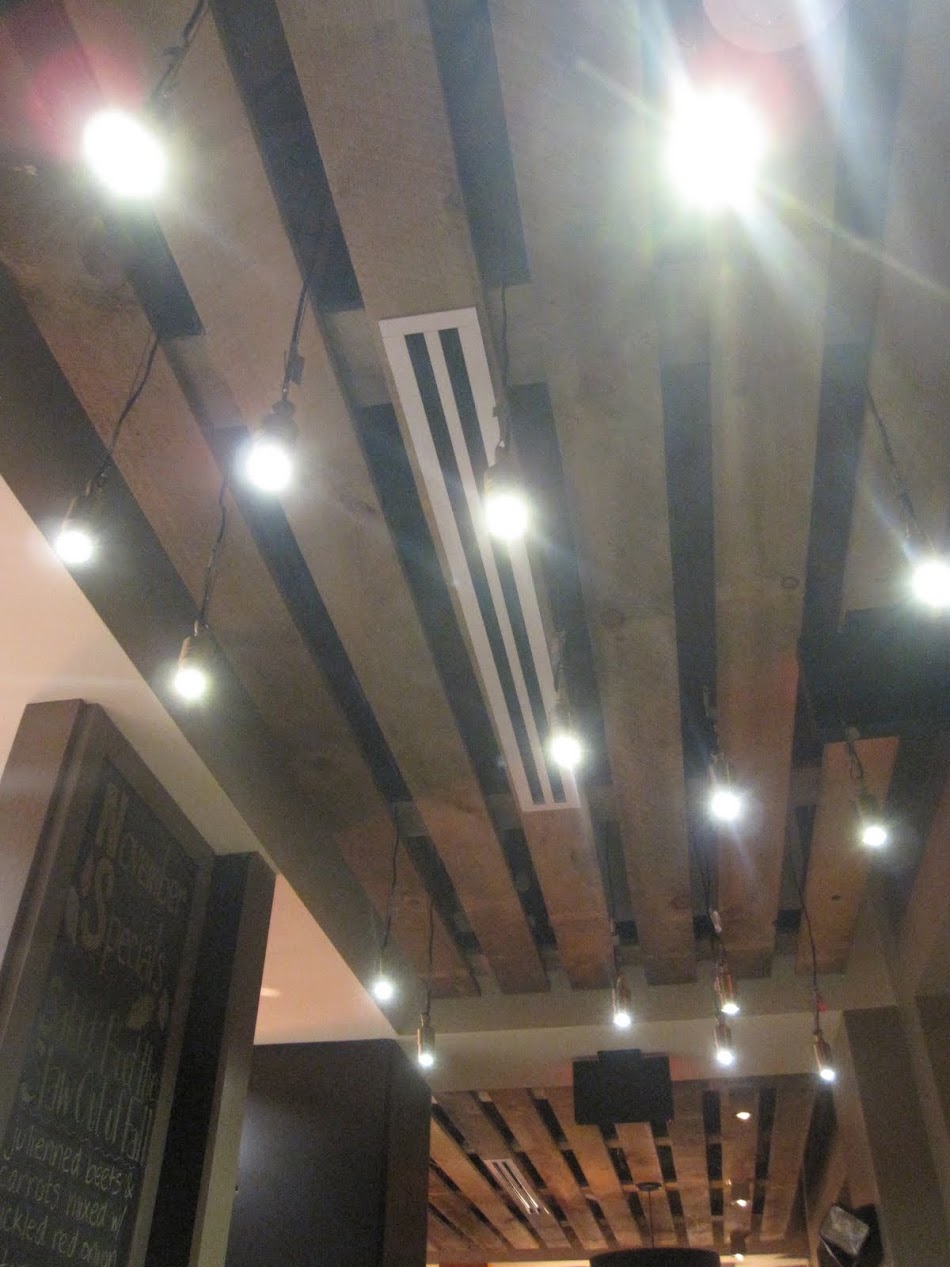 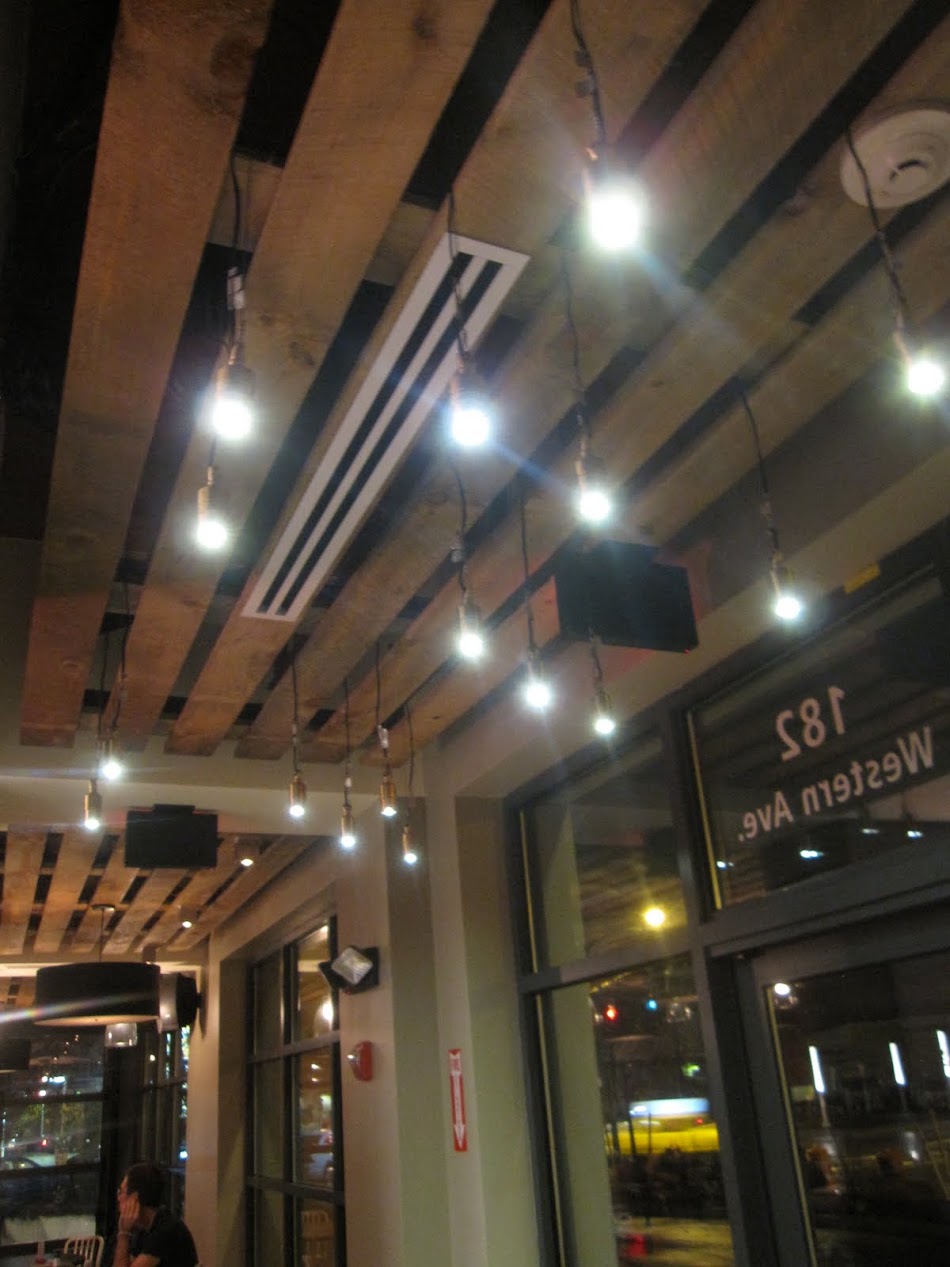 And these across the dining room: 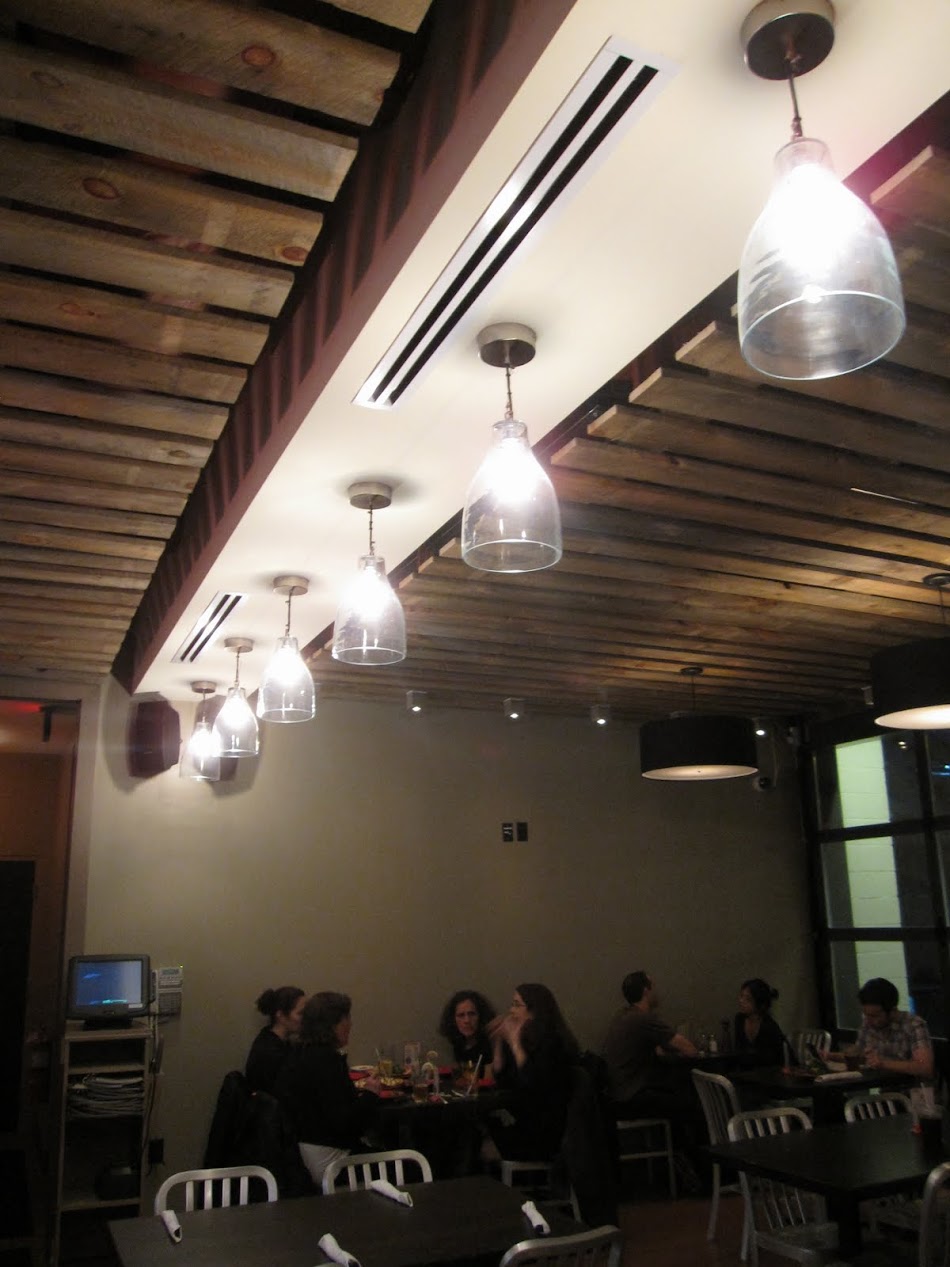 Stunning! After I stopped gushing over the lights, the host gave us our choice of a high top table overlooking the pizza oven, or a two person table in the middle of the dining room. I wanted to be in the center of it all, so that's where we got comfy. 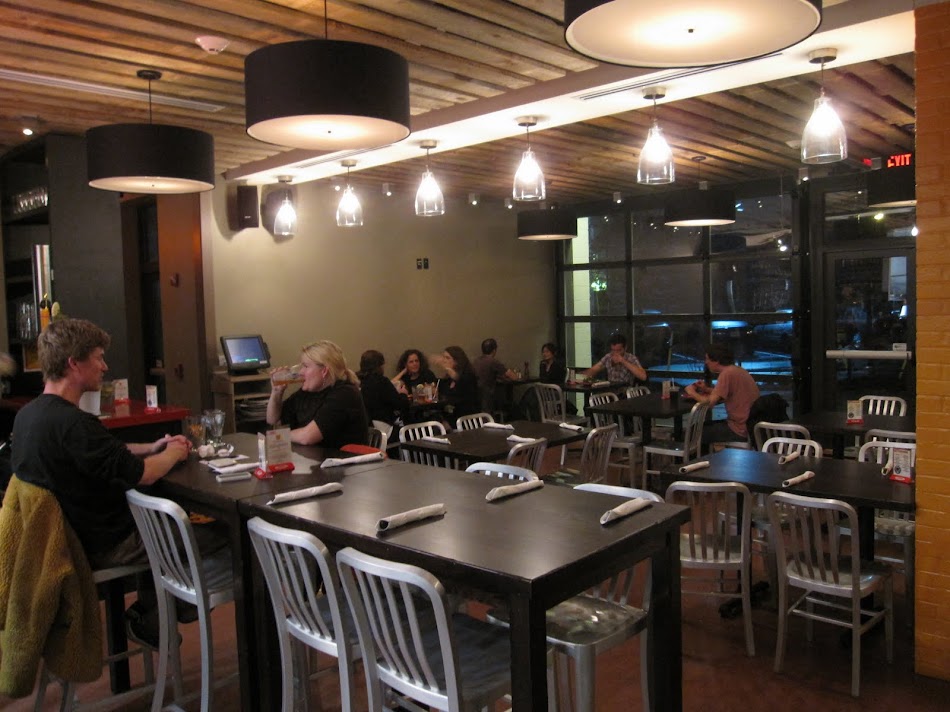 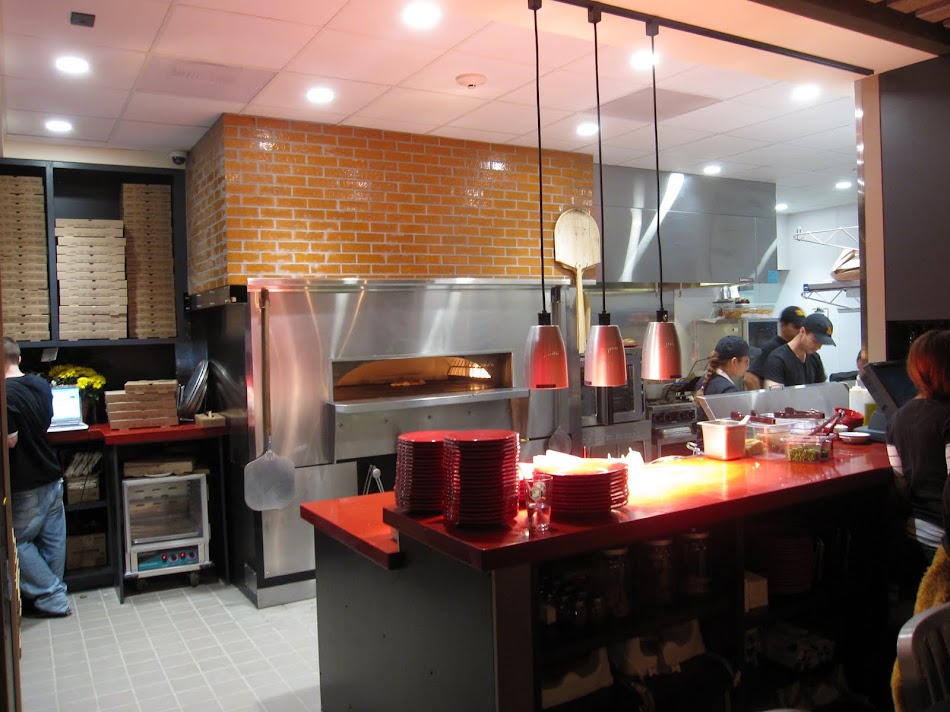 The dining room has black tables and chrome chairs. It reminds me of Cambridge 1 in Harvard Square.

After we were seated, I noticed a branded wine cellar. Very nice touch! 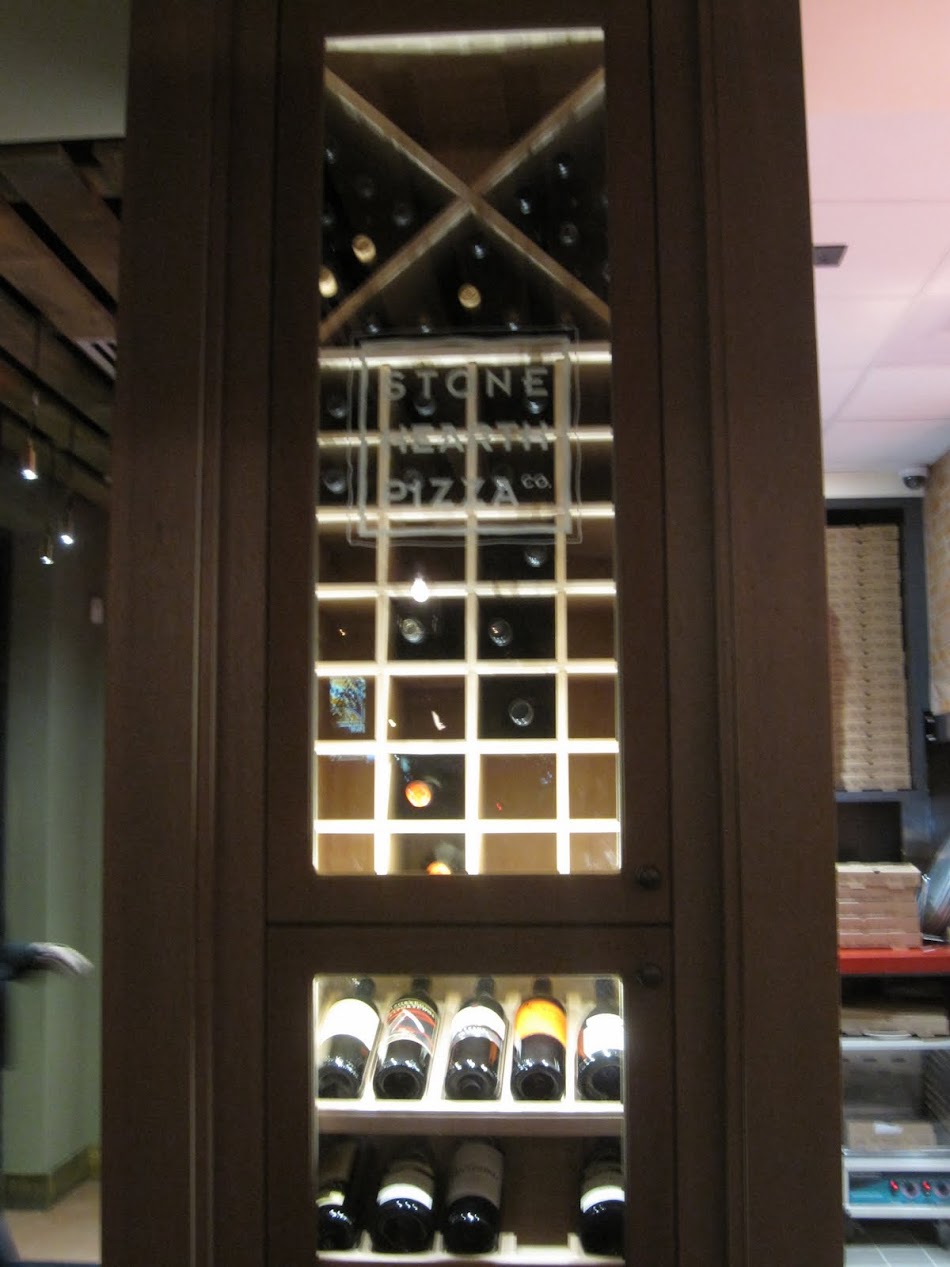 Stone Hearth is in a location that used to be a gas station. As such, it has windows that roll up. In the summer time it will amazing to sit right in the open window! 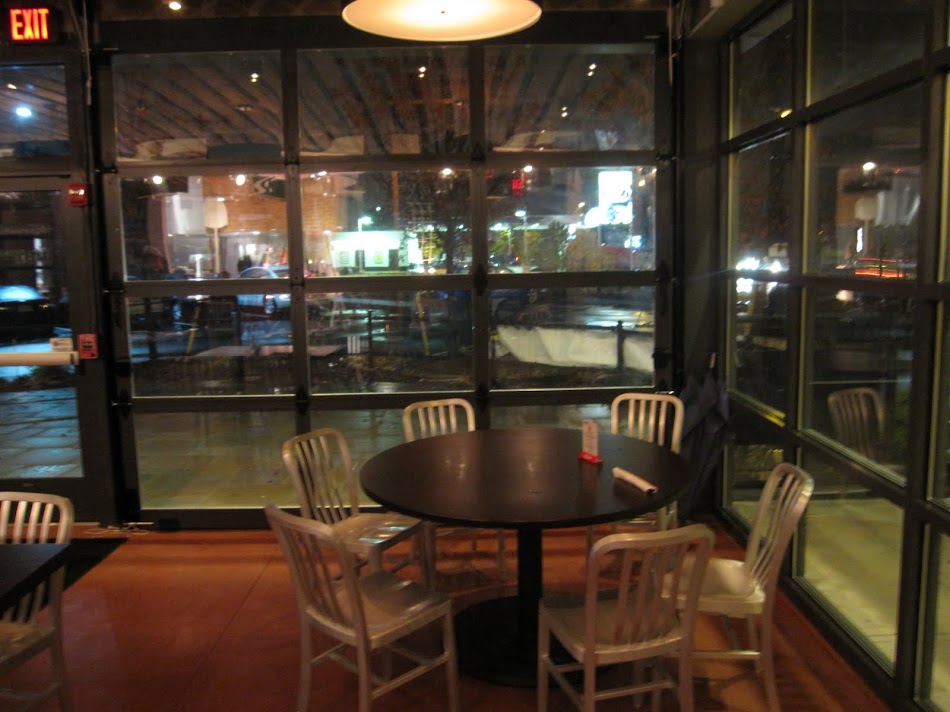 Our very cute waiter came over to say hello and brought us the menu. We were so overwhelmed! We wanted everything! So much so, I was questioning my vegetarianism because the dishes with meat all sounded so good! 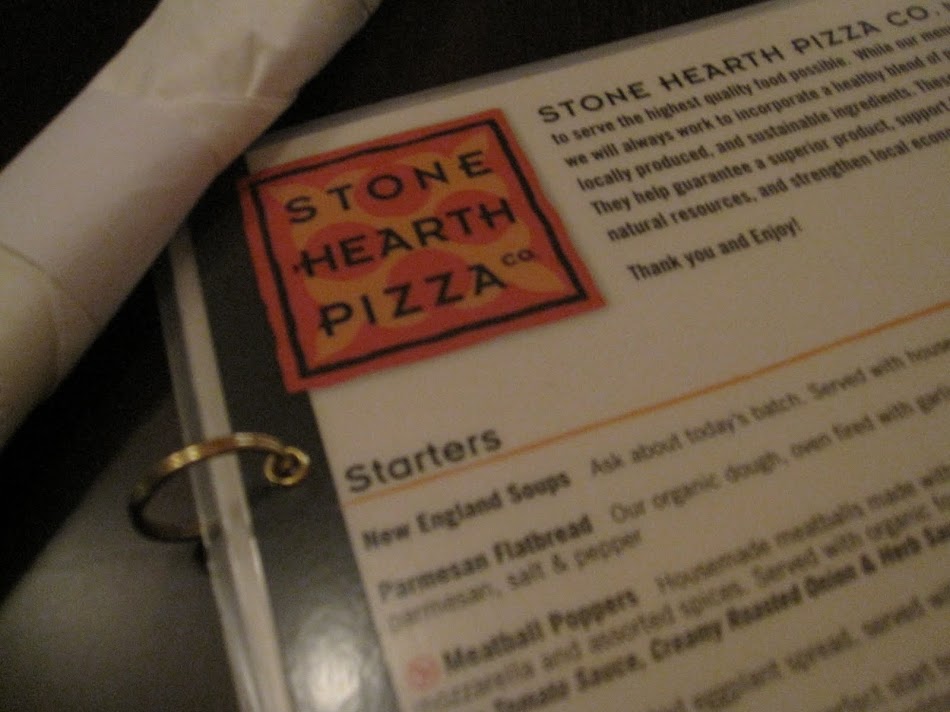 On the back of the menu Stone Hearth has a map that shows all of the local, New England farms where they get their food. High five for a local, sustainable, green business! 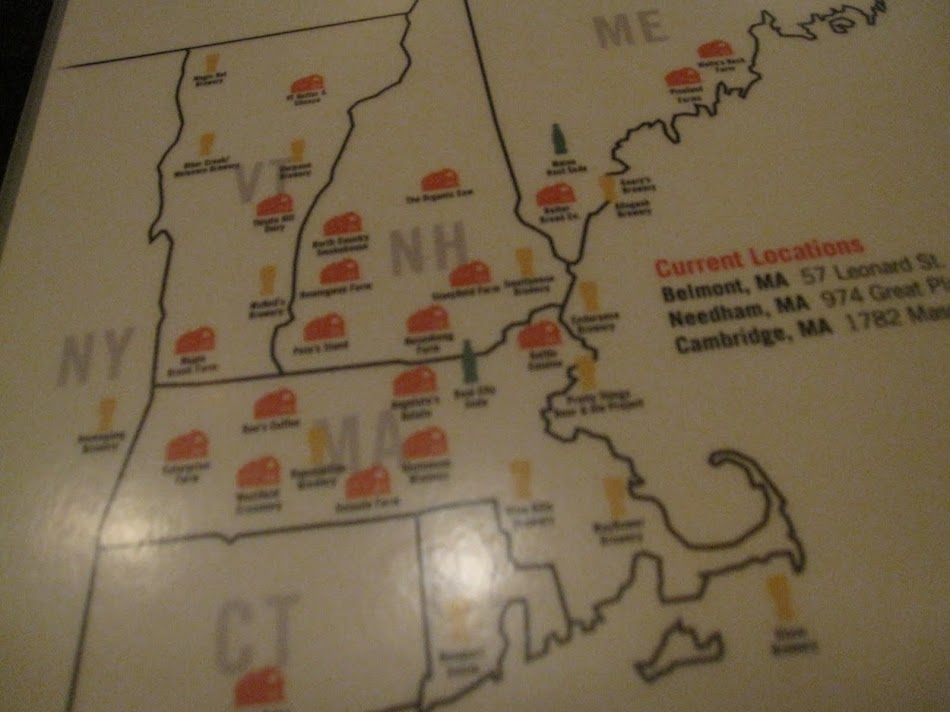 Before choosing our food items, we ordered a bottle of Montepulciano. The bottle was a very fair price and the flavor was perfect. The wine glasses were oddly shaped, but seemed to hold more wine per glass than a typical one would, so high five for that too. 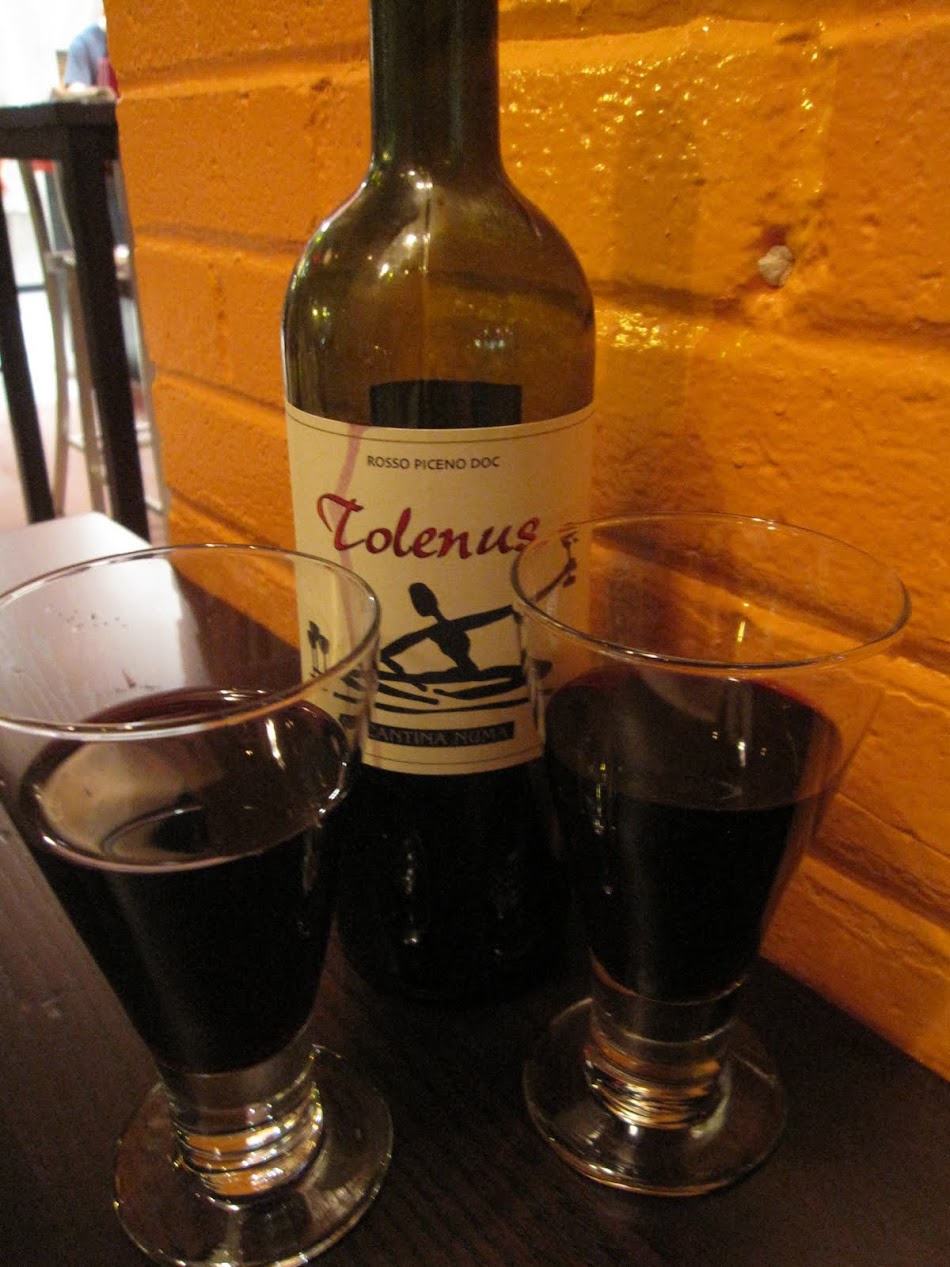 When we did finally place our order we started with the spinach and avocado salad. Our waiter recommended the lemon thyme dressing and we took his suggestion. This salad was great! The avocado and greens were super fresh and the dressing was delicious. For me, it would have been perfect if it also had cherry tomatoes and cheddar cheese. 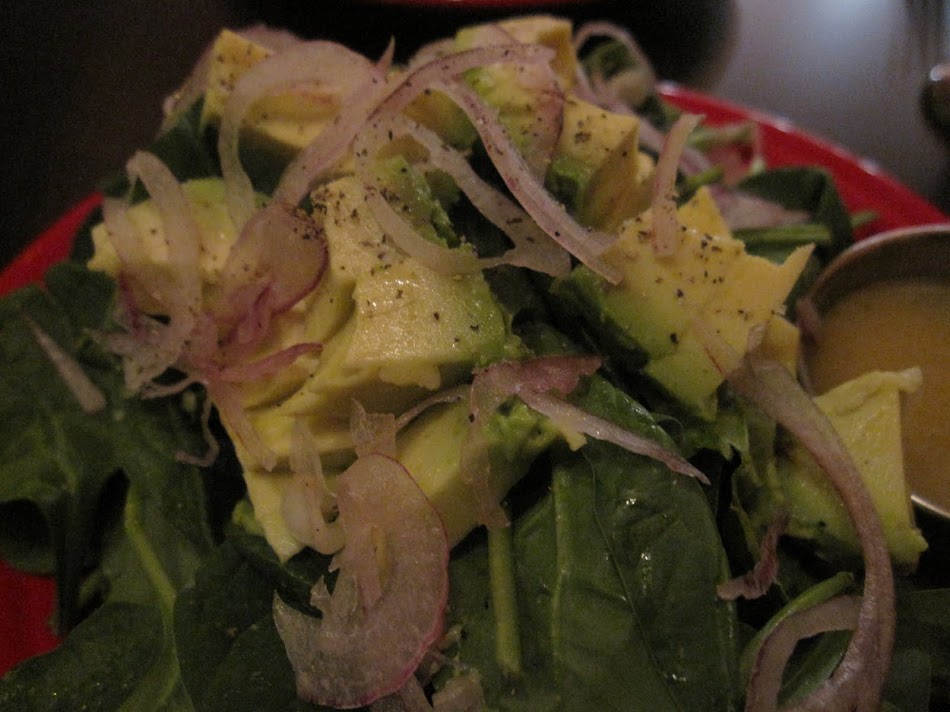 Stone Hearth serves all of its food on red plates, were are bold, punchy and fun against all the black table tops.

For dinner we decided to share two pizzas. We ordered the smallest size, 9 inches, which they call the "junior." For both pies we requested whole wheat crust. Stone Hearth also offers multigrain crust and gluten free crust.

Our first pie was called the divine goddess. It was broccoli, spinach and ricotta cheese. The green veggies were fresh and the cheese was ooey goeey - a winning combination. I inhaled my half! 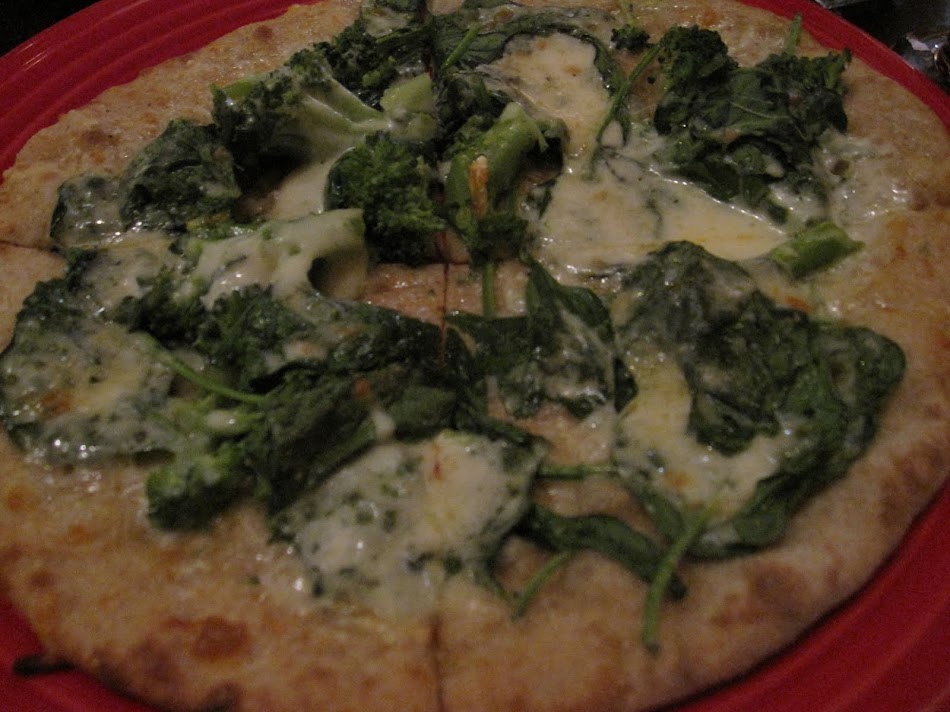 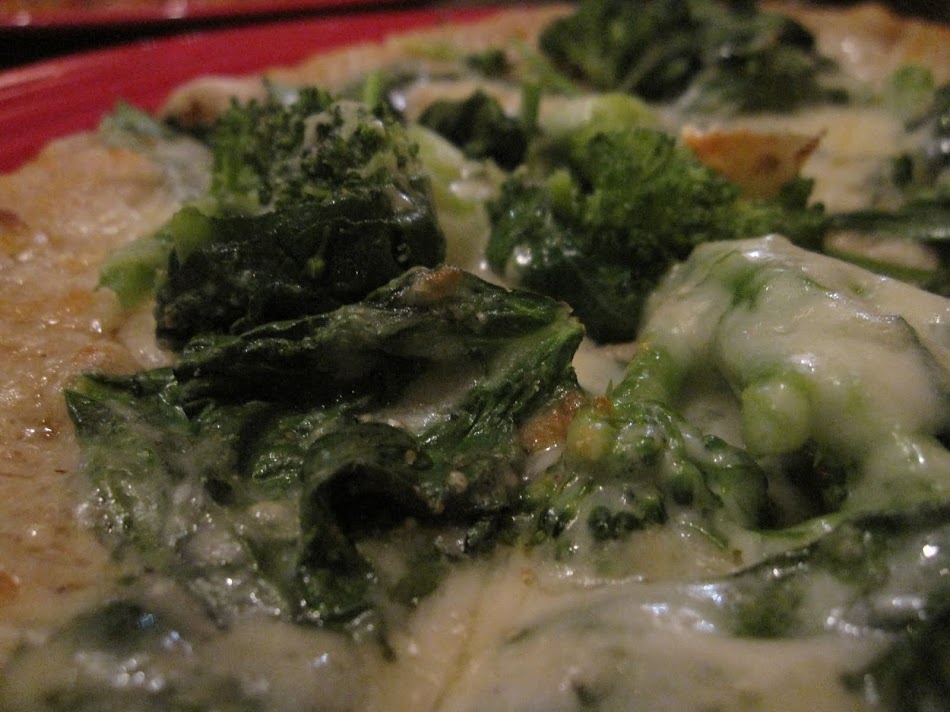 For our second pie we selected the peperonata. It was fontina and parmesan cheese, braised red and yellow tomatoes, sauteed onions and rosemary. It tasted completely different from the first pizza, but was equally awesome. I threw some crushed red pepper on there, which pushed it over the edge into sublime. 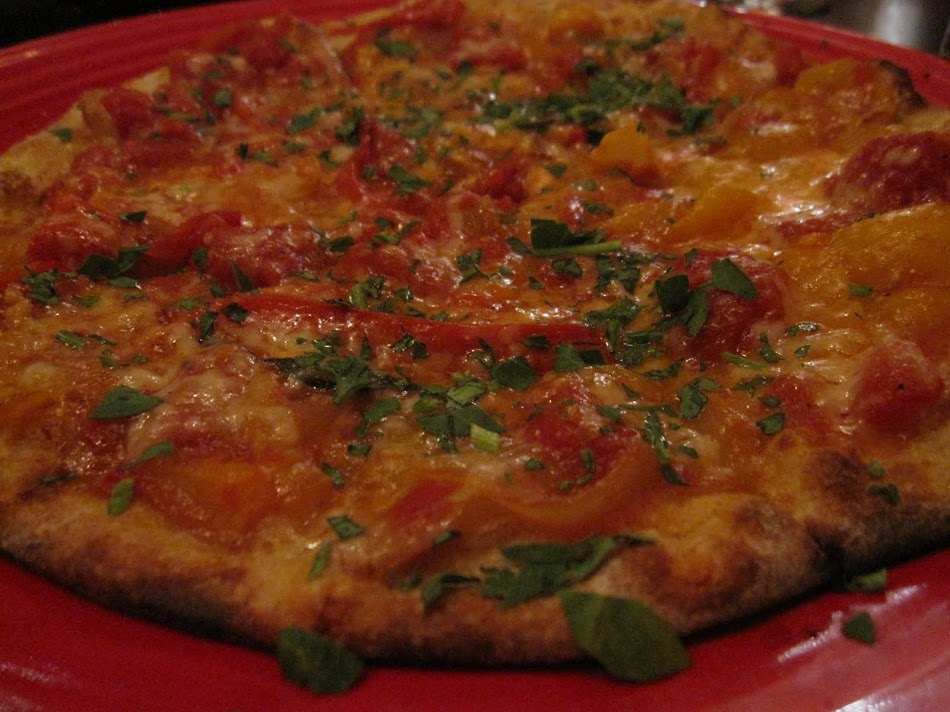 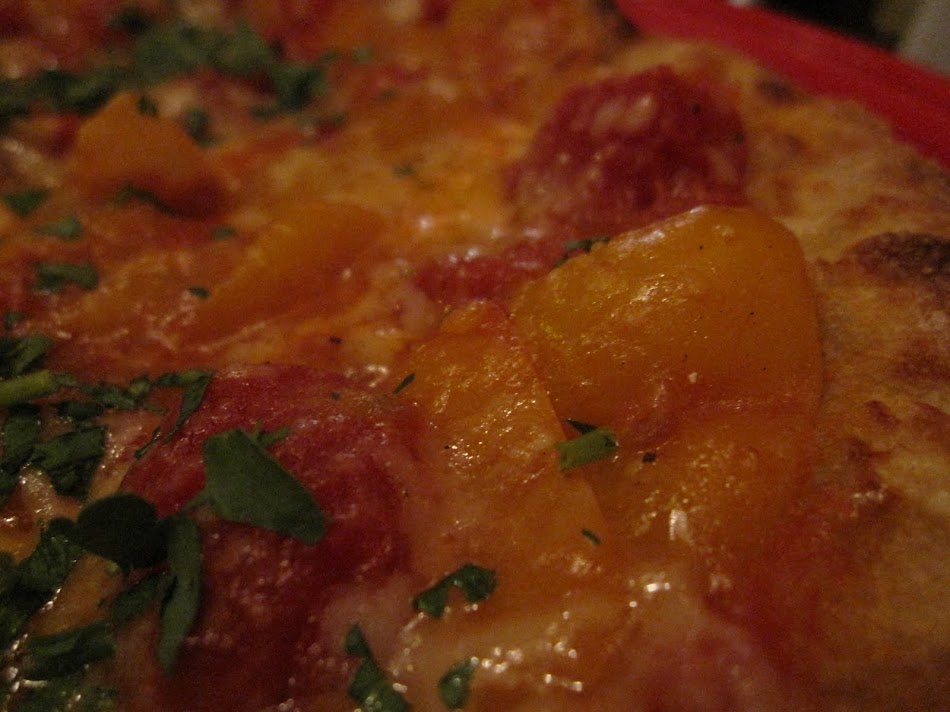 When our waiter returned to clear our dinner plates he asked if we'd like to see the dessert menu. My date said, "you're blogging, we have to!" Well, who am I to say no to that?

When the dessert menu arrived I fell in love with this saying printed on the menu, "Save the earth. It's the only planet with chocolate." Ha! 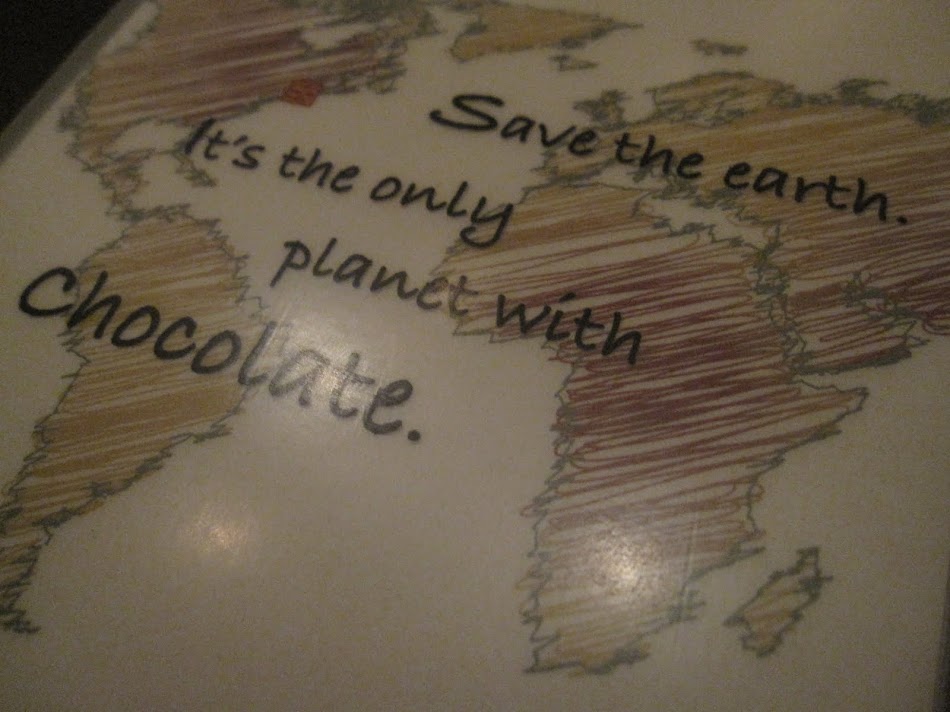 We started our dessert course with three housemade cookies: chocolate with white chocolate chunks, chocolate chip and oatmeal raisin. For me, the two chocolate cookies were dry and tasted store bought, but the oatmeal was a revelation. It had a heavenly texture and a wonderful hint of cinnamon. 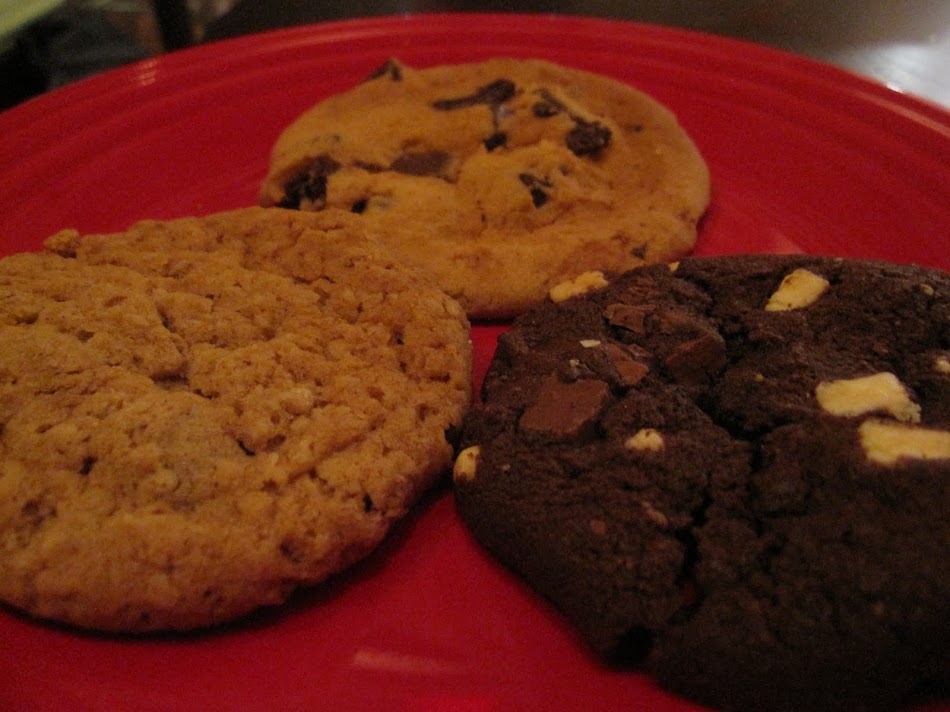 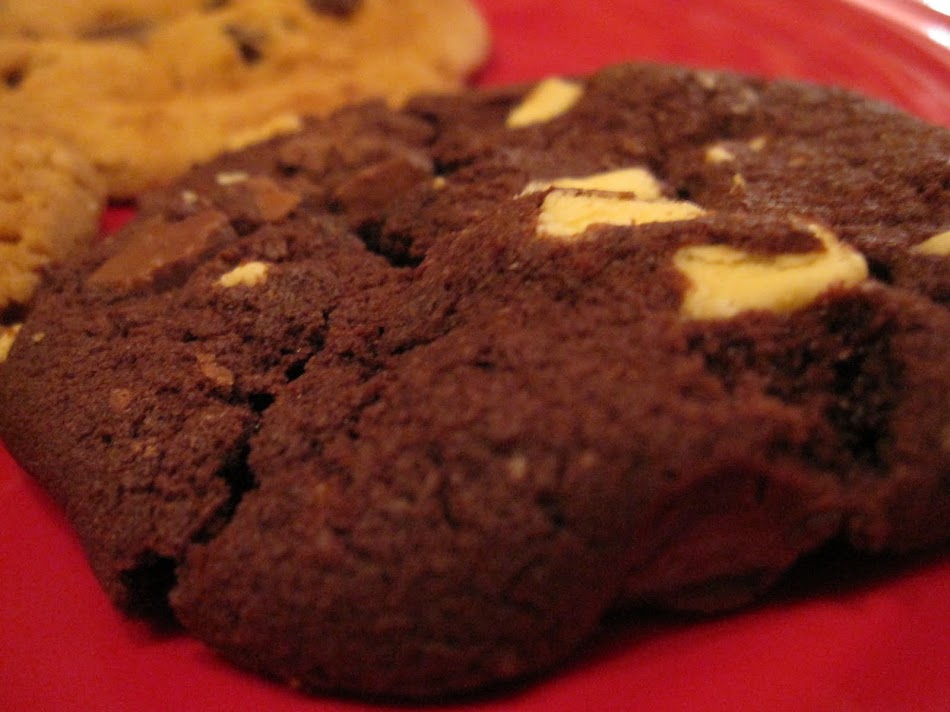 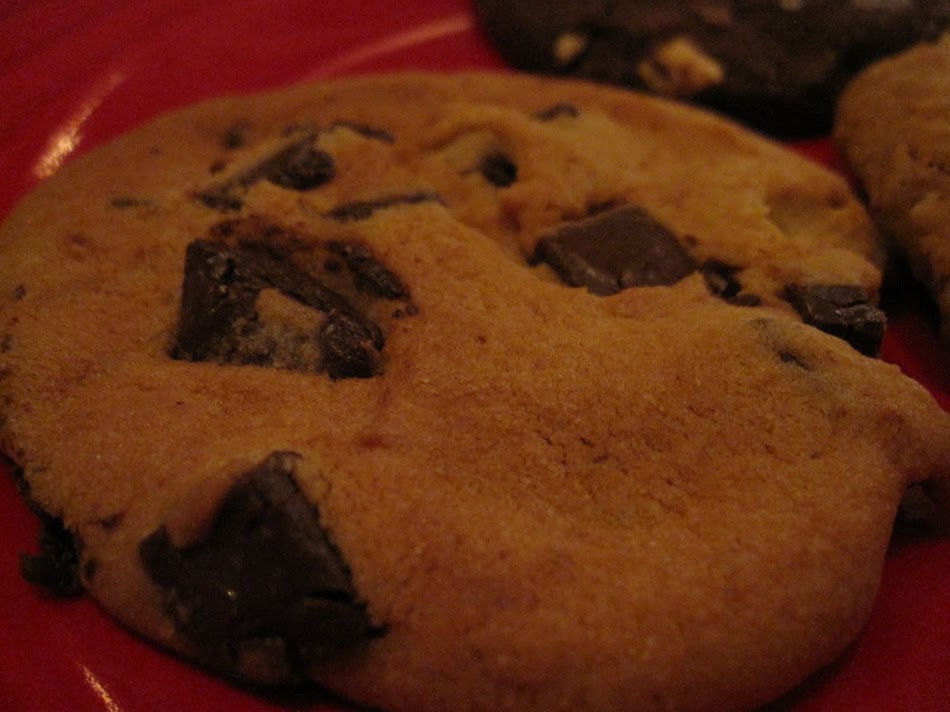 Our grand finale was the brownie sundae. It was a fudgey brownie topped with vanilla gelato, hot fudge and walnuts. If vanilla gelato is too plain for you, they also have chocolate, coffee, peppermint stick, white chocolate raspberry and more! 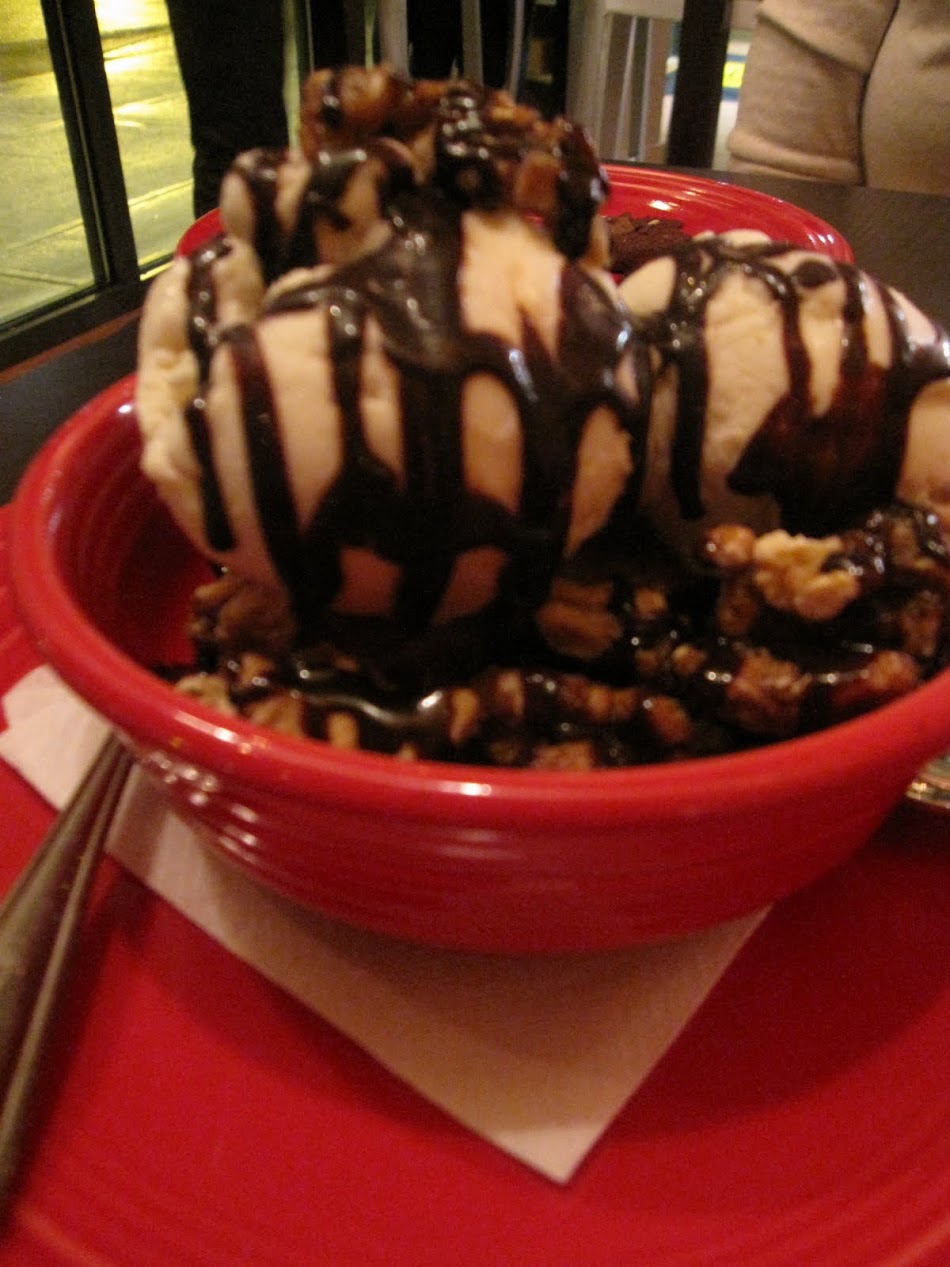 This sundae was out of this world delicious. Every component was perfection. If you like walnuts, they put whole nuts in there! And not just one or two. 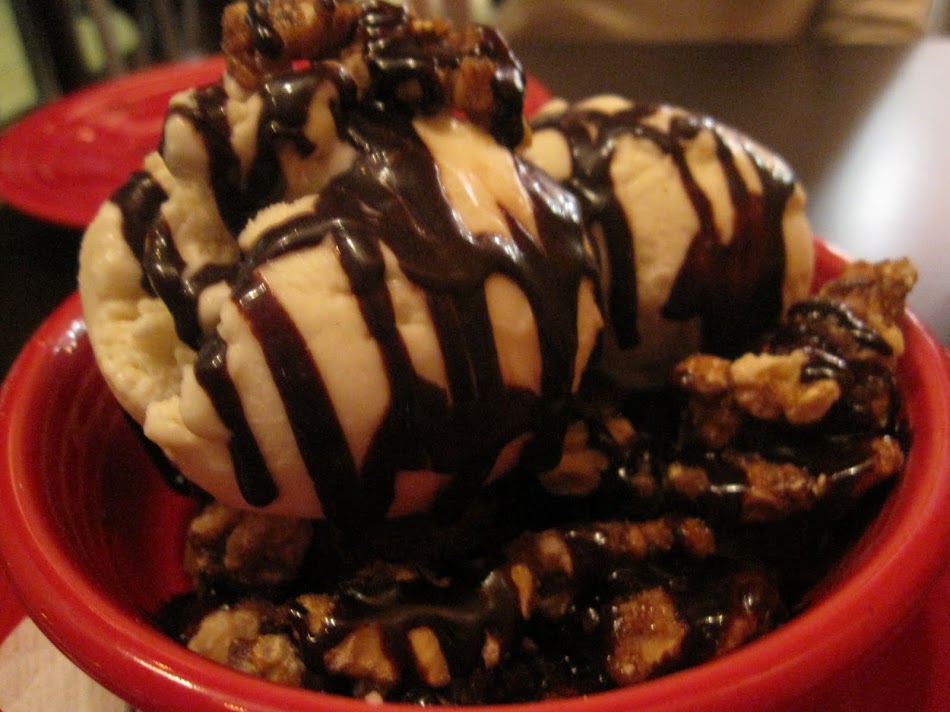 At the close of the meal I asked our waiter if the person who runs their Twitter account was in the restaurant and if so, could I meet him or her. He said, "she has left for the day, but would you like to meet the manager?" I said, "yes, of course!" He returned a few moments later, solo, and said, "the manager says he doesn't know the first thing about Twitter. If you want to leave a note for our Twitter person, I'll pass it on." Ok, this bothered me. I asked for their Twitter person because I was so impressed with their responsiveness and general use of the platform. I realize the manager may not have felt confident talking about Twitter specifically, but who passes up the opportunity to meet a new, happy and interested customer?

If you live in the Brighton/Allston area, absolutely plan a trip to Stone Hearth. The restaurant is beautiful (but casual, you can still wear jeans), the food is delicious, the service is great and they have a free parking lot! I am looking forward to working my way through all the menu items!

So glad you loved the food! The spinach and avocado salad is my fave. We definitely we need to go together one time. The Farm Fresh pizza is delish

Elizabeth turned me onto Stone Hearth as well! I love everything on the menu (and we tried a whole lot.)

The food here is very good. The best I have had in a very long time. They should consider getting their menu put up on here: http://www.centralmaonline.com/menus-restaurants
A website that provides digital flip menus for local restaurants. You actually flip through the menu like you're sitting at the restaurant itself 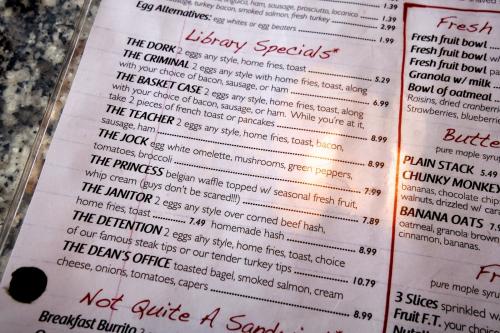 Dining Out: The Breakfast Club

Remember when it snowed on Sunday? (Sorry to bring up that painful memory). Instead of hibernating inside beneath a fleece blanket, I headed out to Allston's The Breakfast Club, a place I had been wanting to try since last December when a friend shared an Instagram photo of their peppermint hot chocolate, which was garnished with a candy cane. What can I say? I'm a sucker for packaging. My friend and I arrived at 1:00pm and there was still a line out the door. The brunch rush at The Breakfast Club is crazy! 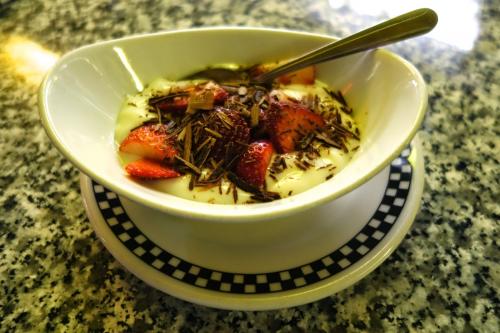 You may remember that last fall I made my very first trip to The Breakfast Club in Allston. It's pretty hard to forget those photos of pumpkin coffee cake French toast, pumpkin pecan pancakes and that strawberry Nutella dessert. If you need a refresher, click here. 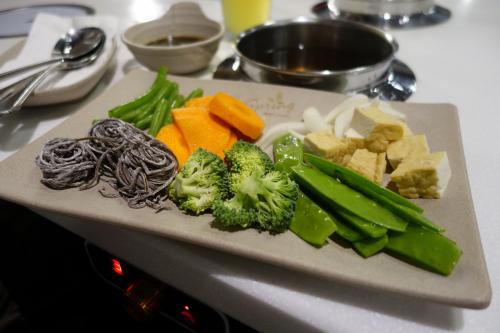 Visit Spring Shabu-Shabu to enjoy Japanese-style hot pot cooking. Select all your own meats, noodles and vegetables and send them for a swim in one of five broth choices.