Tonight's episode of Grey's Anatomy was narrated by the men, which shock of shocks, I loved. For me, the outstanding performance of the night goes to Dr. Webber. Not only was he taking gentle care of his deteriorating wife, but he lent a hand to all the residents and attendings. When he asked the scrub nurse if she still had his playlist, I just about died of laughter. I was equally amused when he screamed at Karev, "Those grapes are not for snacking!"

I adored the Ben/Eli story line. Of course Dr. Bailey would cause a war between men. The fact that Ben couldn't get the conference room reference out of his mind was hilarious and so true to real life. 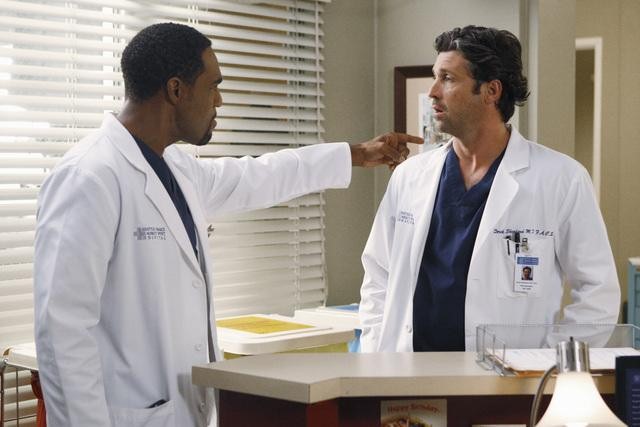 I enjoyed watching Dr. Hunt try to navigate his new role as chief. After feeling cooped up in his office, he released the tension by punching a patient. Nice. 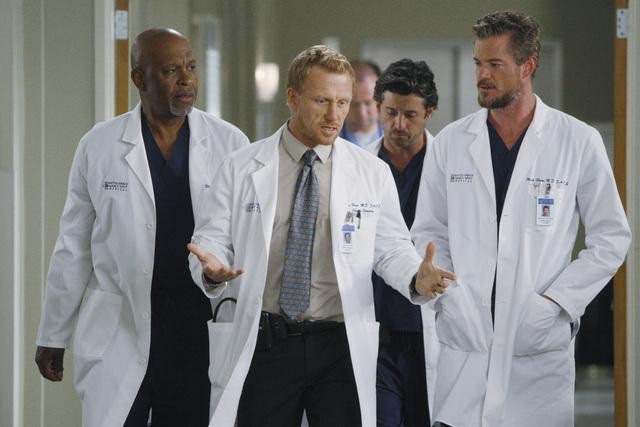 Lastly, bravo to the writers for making Derek's dream house the place where male frustration goes to die. It was hysterical to watch man after man join him at the house and just hammer away at that deck.

While the females got very little attention this episode (minus a comic book geek having a tremendous crush on Kepner) baby Sofia stole the show on behalf of the ladies! How cute is that baby? I cannot get over it. I just want to pinch her!

Previews for next week look incredibly intense. Season 8 is really bringing its A game!

My favorite scene was at the end when Mark was yelling at Derek for stealing Avery from him and kept yelling at Avery to get in the car, as if this was a teen movie and two guys were fighting over a girl. Hysterical.

END_OF_DOCUMENT_TOKEN_TO_BE_REPLACED 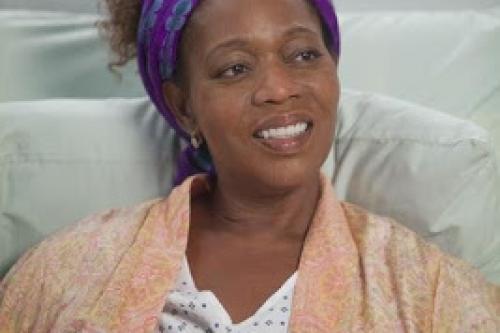 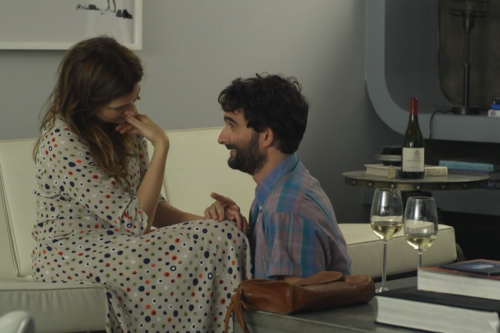 Over the holiday break in December, my mom and I watched all of the Amazon Prime series "Transparent" in two days. Every time I go home to visit my parents, my mom and I usually spent 60-90 minutes arguing over what to watch. By the time we agree, we're too tired to stay awake. So when we discovered that we both had read about and were interested in seeing "Transparent," it felt like a Hanukkah miracle.

4 Shows to Stream Before End of Summer

I know, I know, I shouldn't be talking about the end of summer because we want it to last forever. I am definitely not wishing the sun, flip flops or beach days away, but I am also acutely aware that Labor Day is next weekend.  One of my favorite things about summer is that all my regular season TV shows are in hiatus, so I feel no guilt about cheating on them with my boo, Netflix. The lack of primetime cable TV from June - August gives me hours upon hours to binge watch.  Here are four shows to consider adding to your queue before the fall TV lineup returns.