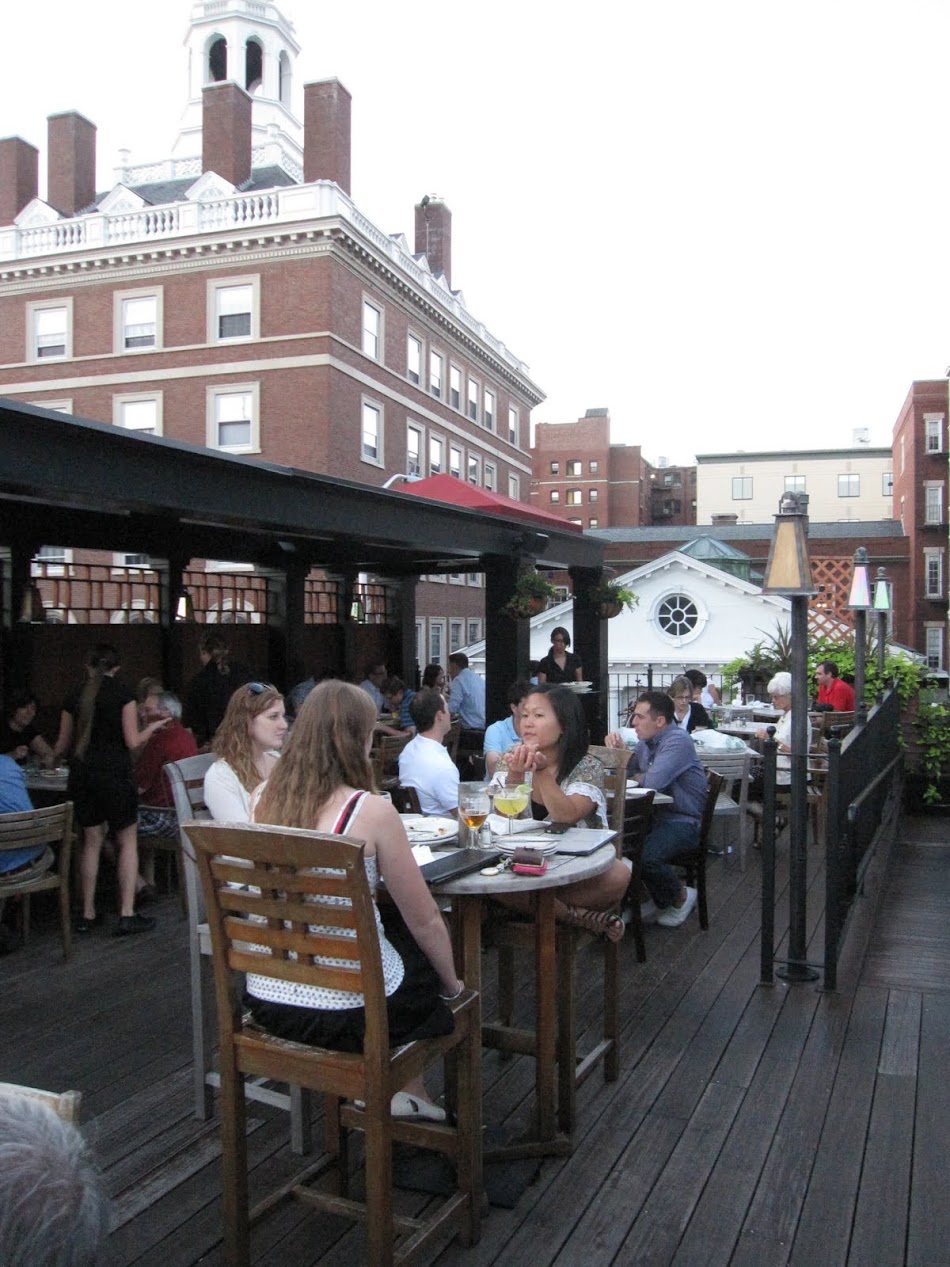 Last night I had dinner with a high school friend at Daedalus in Harvard Square. I had only recently learned about the restaurant after a coworker went back in June and excitedly shared her experience with me the following morning. After she showed me the website, I knew I had to check it out.

Daedalus is located on Mt. Auburn Street, parallel to Mass Ave in Harvard Square. As I approached the restaurant, I was immediately struck by it's large, open, front windows and the lush greenery on the window sills. 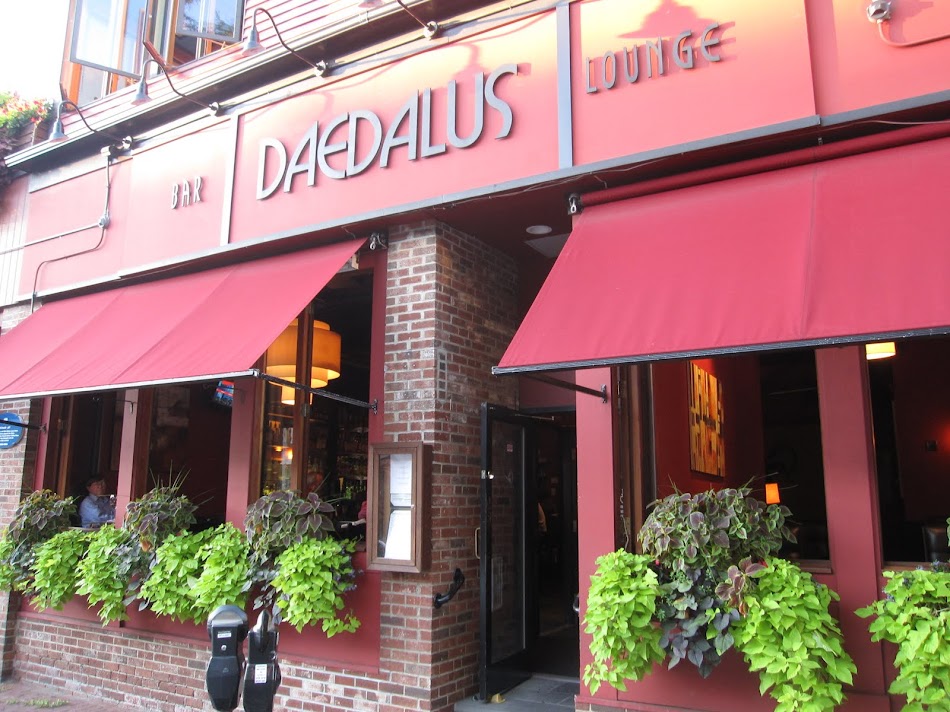 I arrived at 7:00pm on the dot and just a few buildings over a church was ringing its bells. In fact, you could see the church poking out from behind the restaurant. 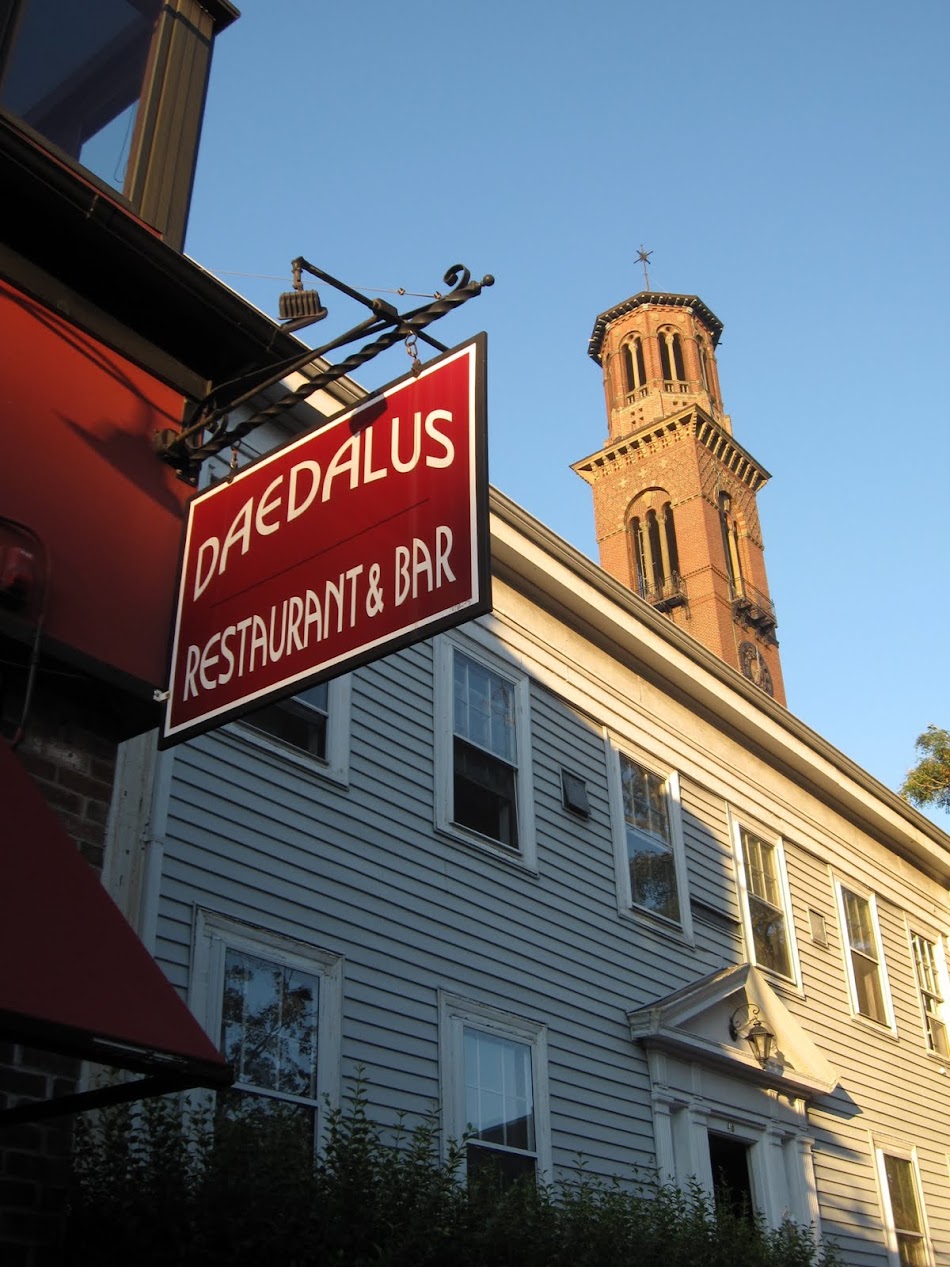 We had a reservation, but they offered us a table inside and we were hoping to sit on the roof deck. We opted to wait thirty minutes for an outside table. While doing so, we had a drink at the bar on the second floor which was flooded with sunlight. 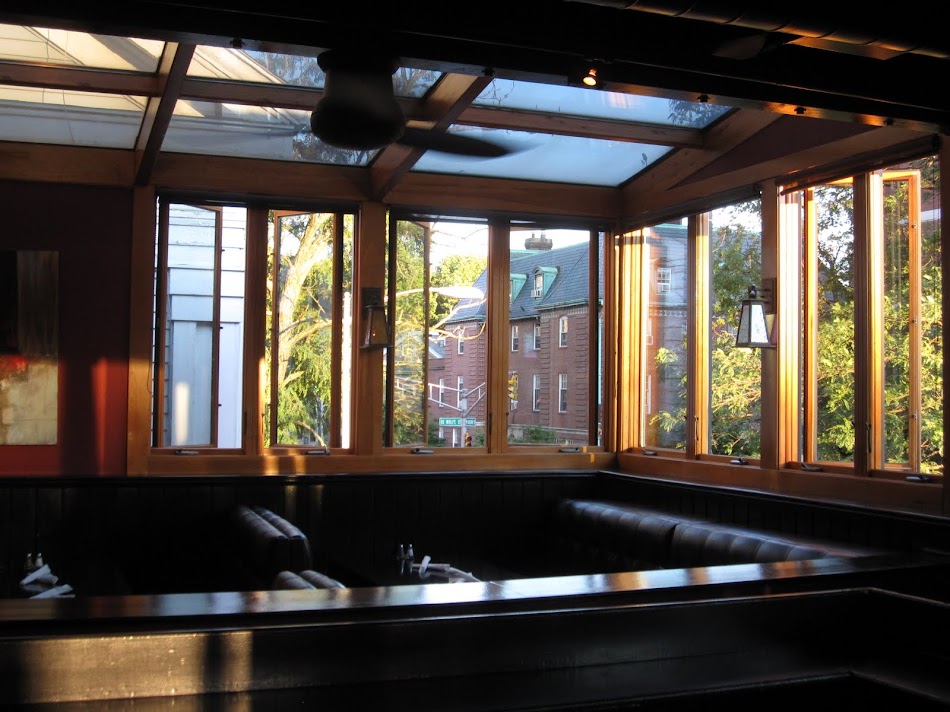 I drank a glass of red wine sangria while waiting which was quite refreshing and delicious. 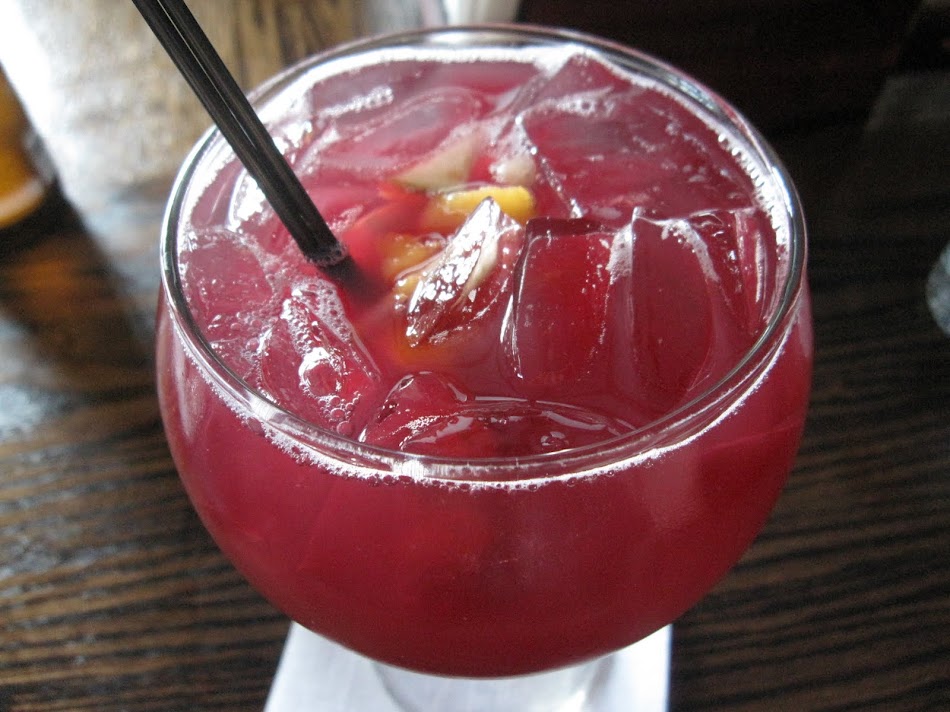 When our name was called, we stepped out on to the roof deck and I was immediately in heaven. The deck has beautiful views of Harvard Square, is blooming with flowers and plants, and has gorgeous furniture and wood paneling. 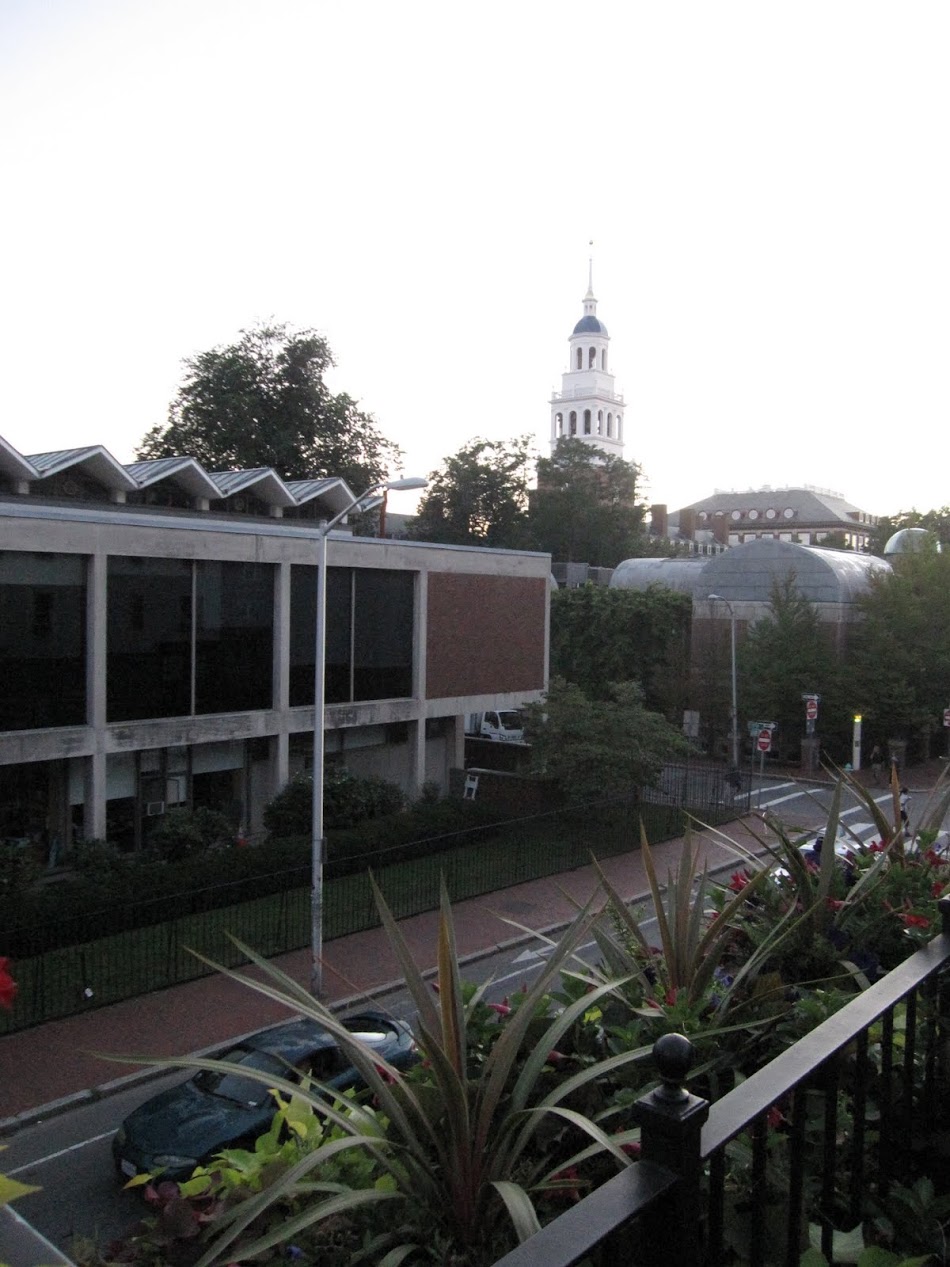 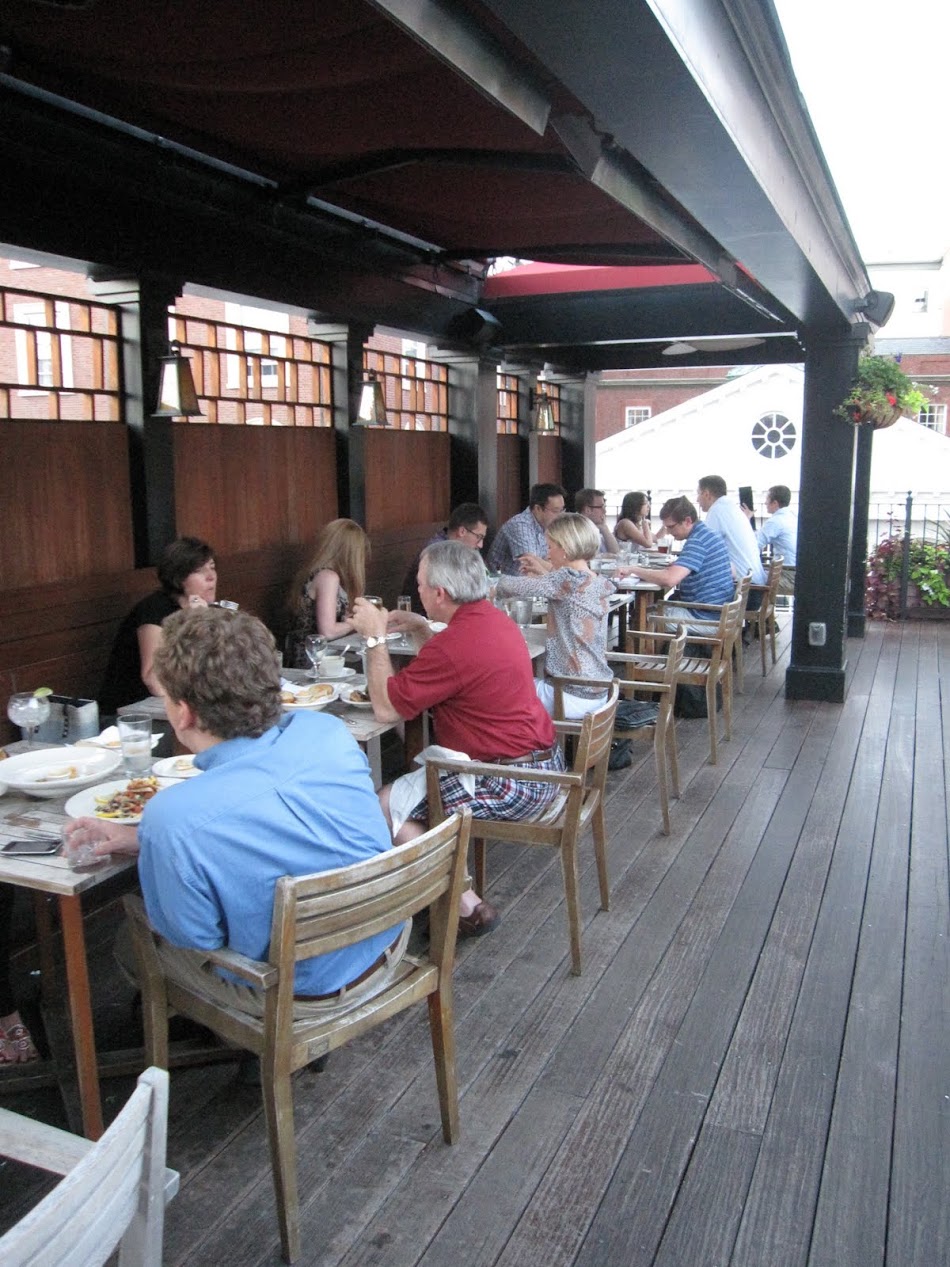 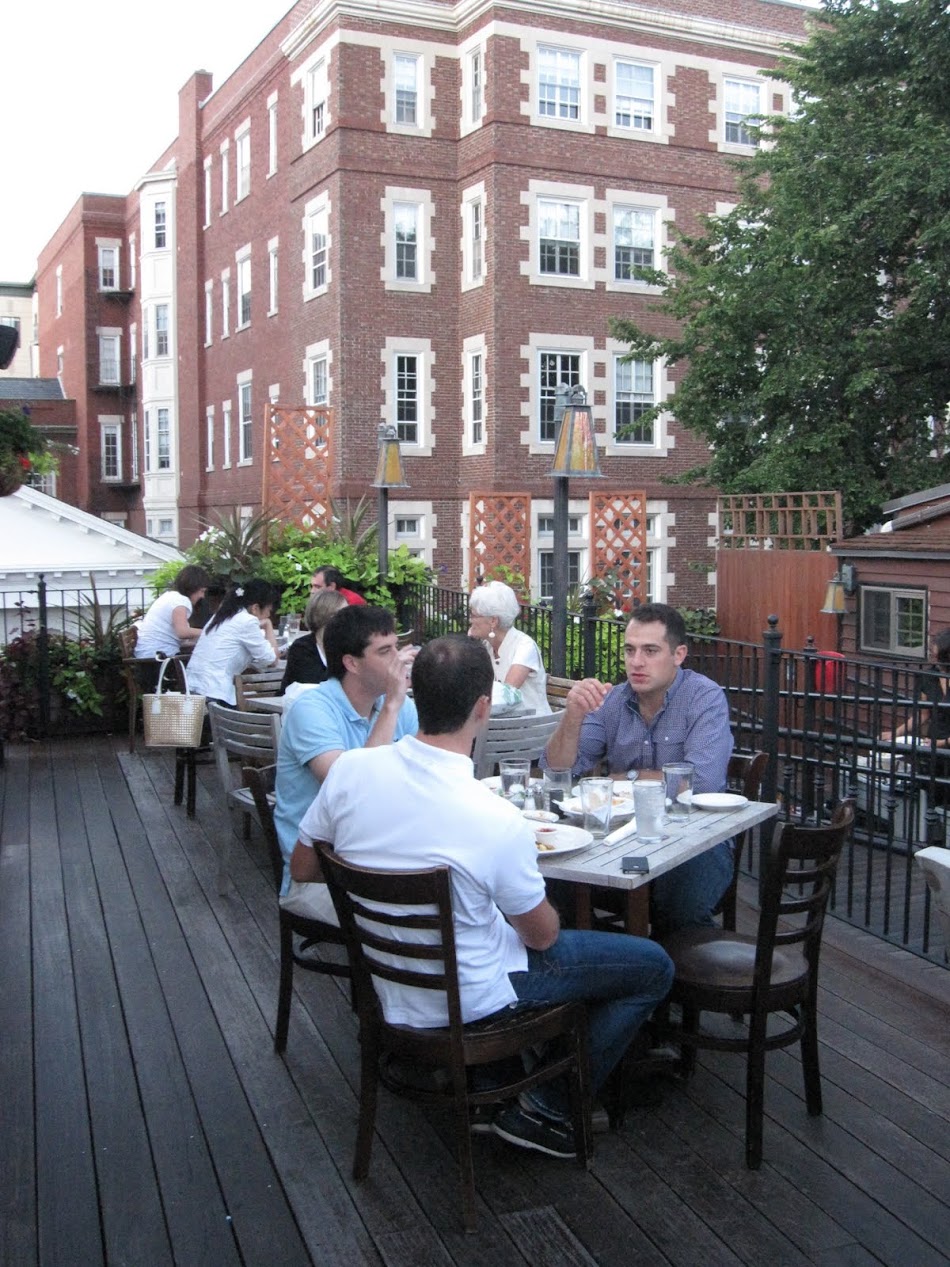 After placing our order, our waitress brought us bread and hummus to nosh on. The bread was somewhere between pita and focaccia. 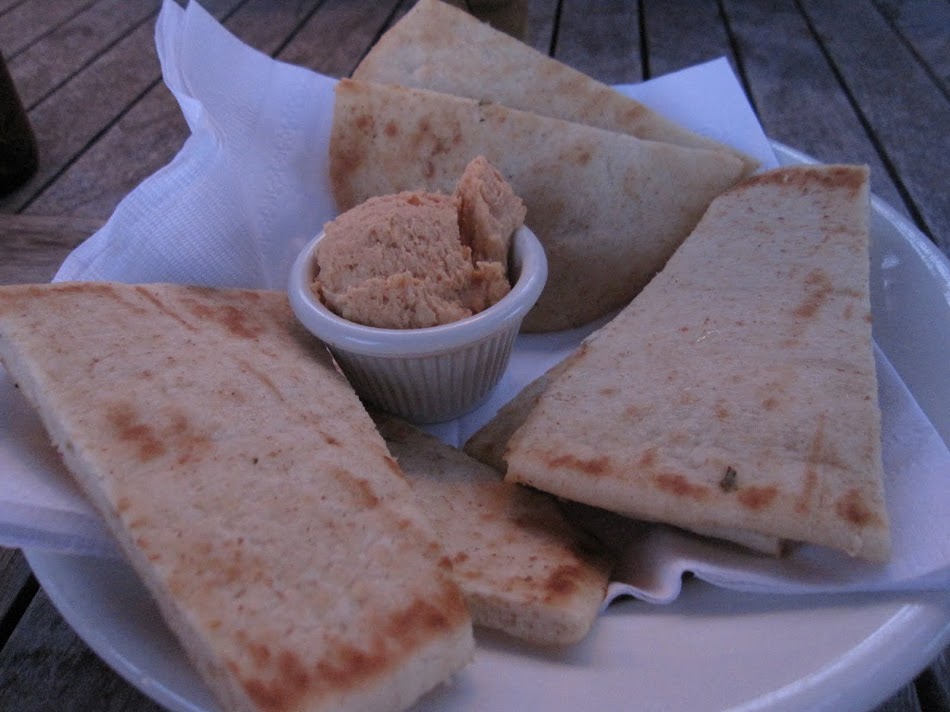 For dinner we tried the spinach salad which came topped with green apples, walnuts, dried cranberries and a mustard dressing. It was a very generous portion and the dressing was excellent. 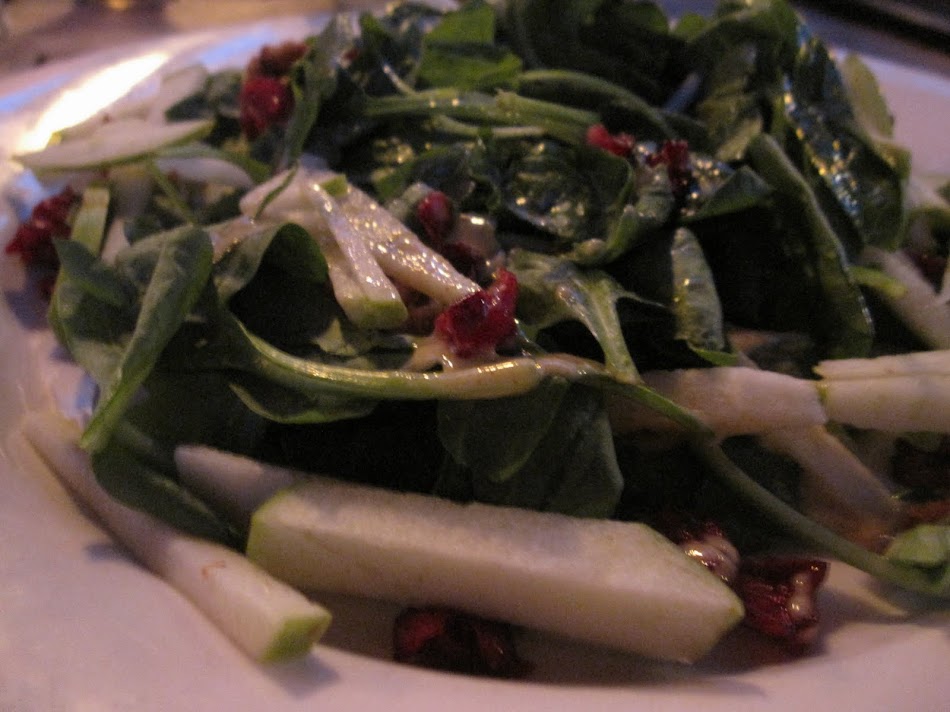 We also sampled the penne pasta which had a basic tomato sauce, mozzarella cheese and fresh basil. This dish was nothing to write home about and I wouldn't order it again. 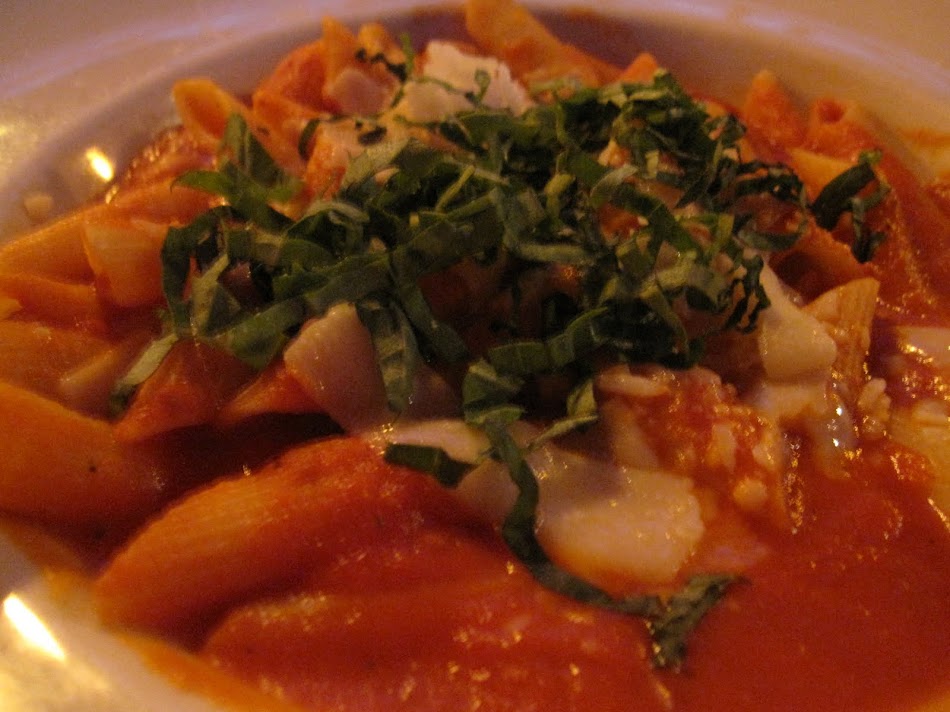 For me, it's a pleasure to still be discovering new things in and around Boston after nearly 27 years here. Daedalus was a true urban oasis and I was fantasizing about renting out the entire roof deck for a private party. Now if only I had an occasion . . .

Ooh, a party on the roofdeck would be awesome! My old office is right next door to Daedalus so I used to pass by it every day. I'm glad you opted to wait for the roofdeck. 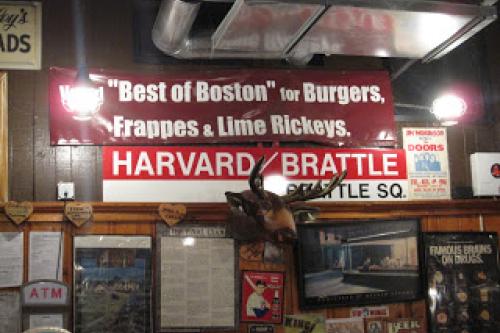 Last night I met one of my favorite girls in Harvard Square for dinner. 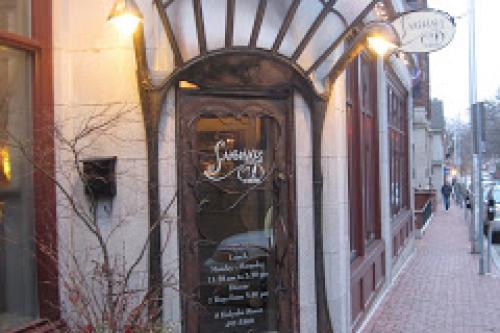 I've spent a lot of time in Harvard Square. 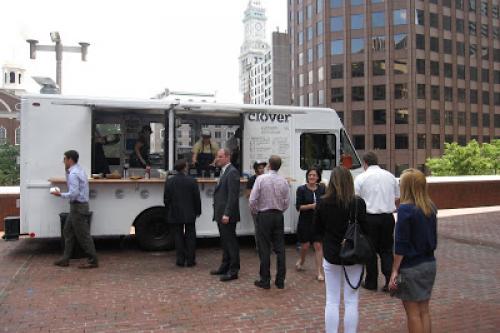 I can't quite remember when I first heard about the Clover Food Truck, but I remember exactly the jo