Back in February I read a review by one of my favorite, local food bloggers about her meal at Tico. I immediately decided I had to check it out.

Well, that "immediately" became nearly six months. Last week, when talking with my two friends about where we should meet up, Tico topped all of our lists.

We met at the restaurant at 6:45pm. Tico is on the corner of Berkeley Street and St. James Street in Back Bay. It is in the space formerly occupied by Cottonwood Cafe. 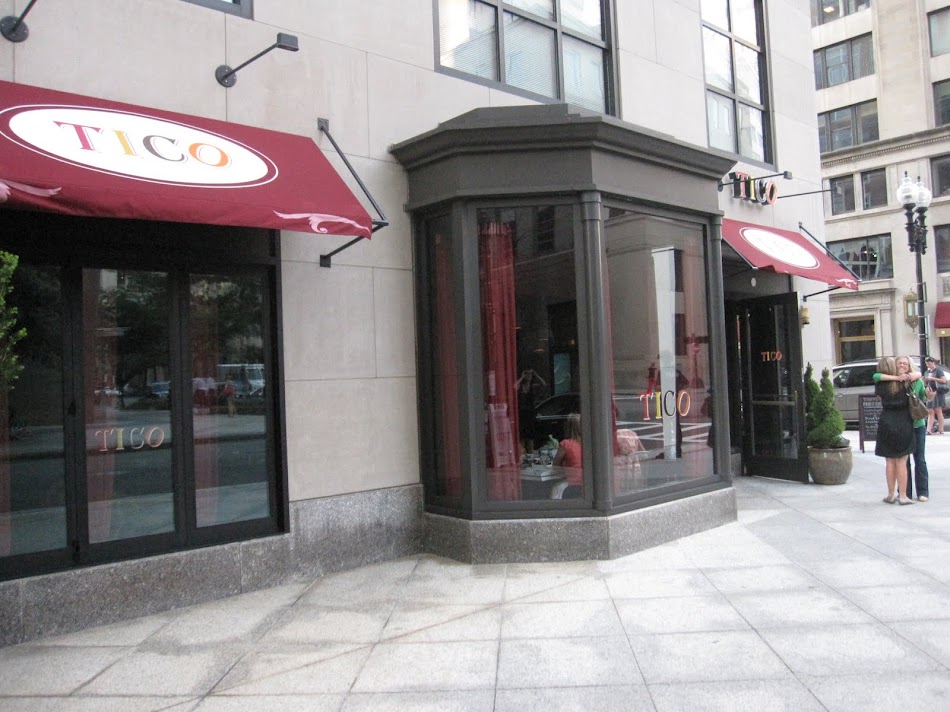 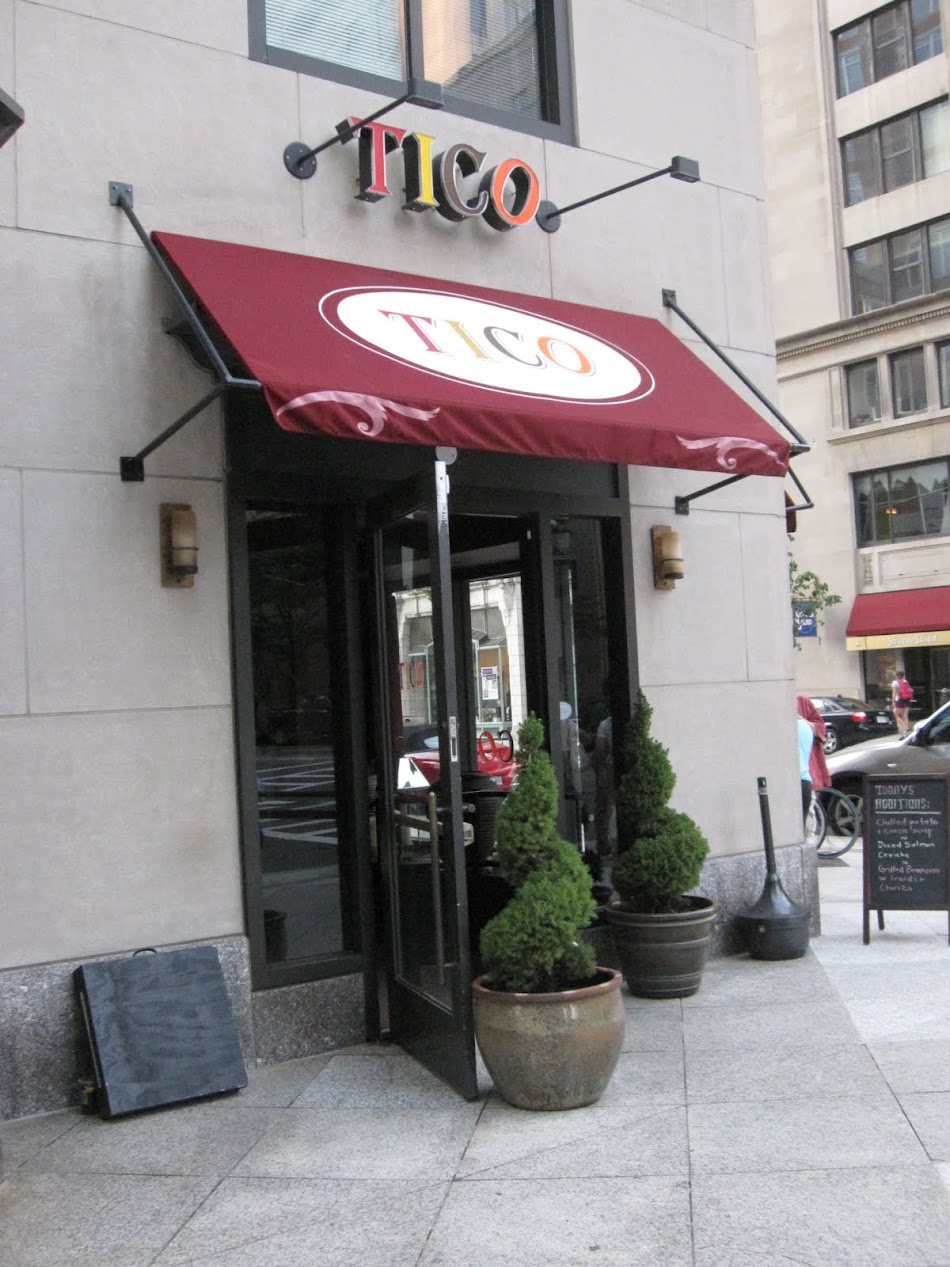 The hostess offered us the option to sit inside or outside. Given that the weather was unusually nice, we opted for the outdoor patio.

As soon as the hostess opened the door to the outdoor patio, we were amazed. The tables, chairs and lounge furniture are shaded by bright, orange umbrellas. 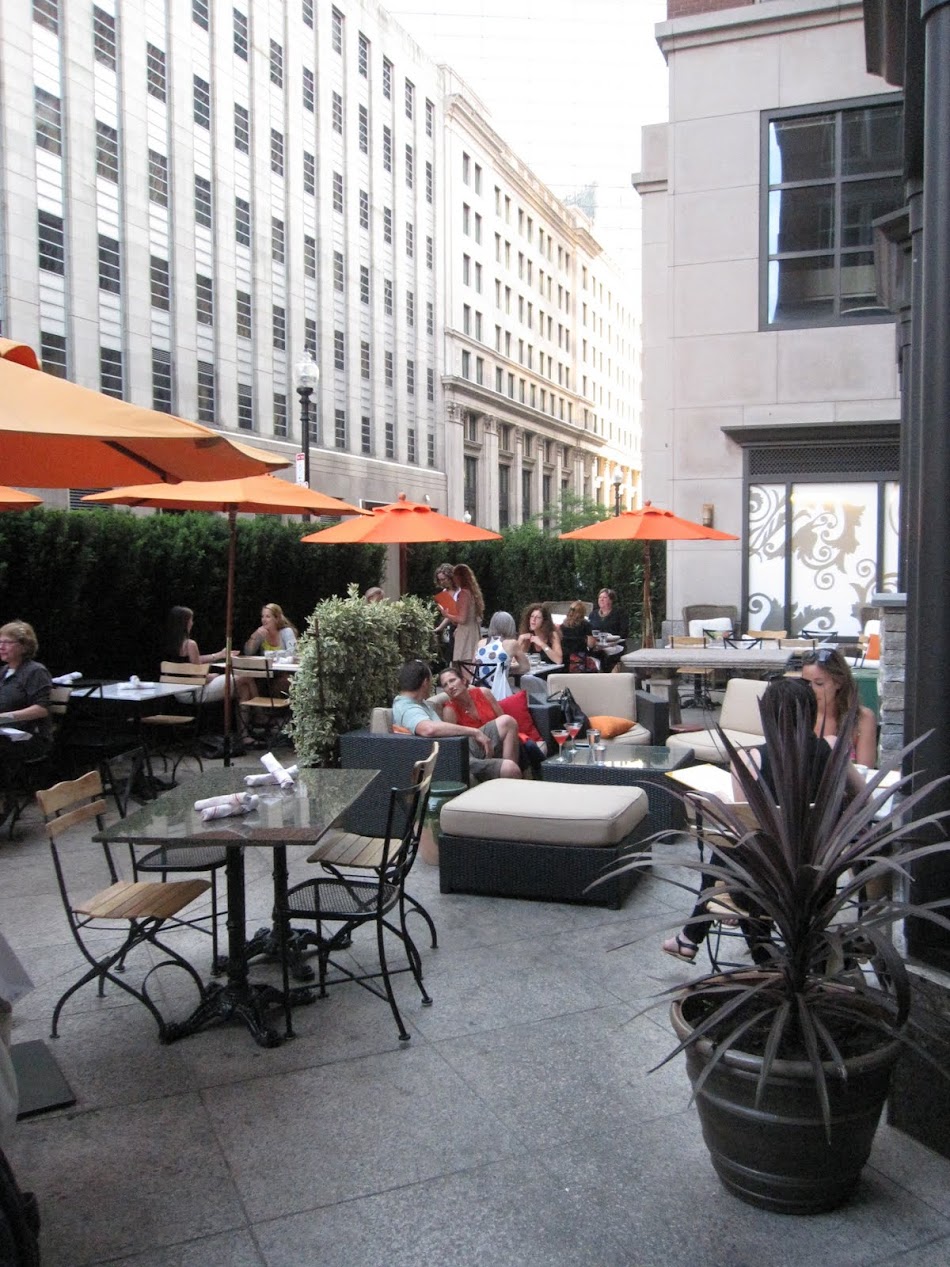 In addition to the designs covering the restaurant's windows, there is also a fire place in the center of the space adding high drama. We fantasized about what it would be like to rent out the entire patio for a private party. 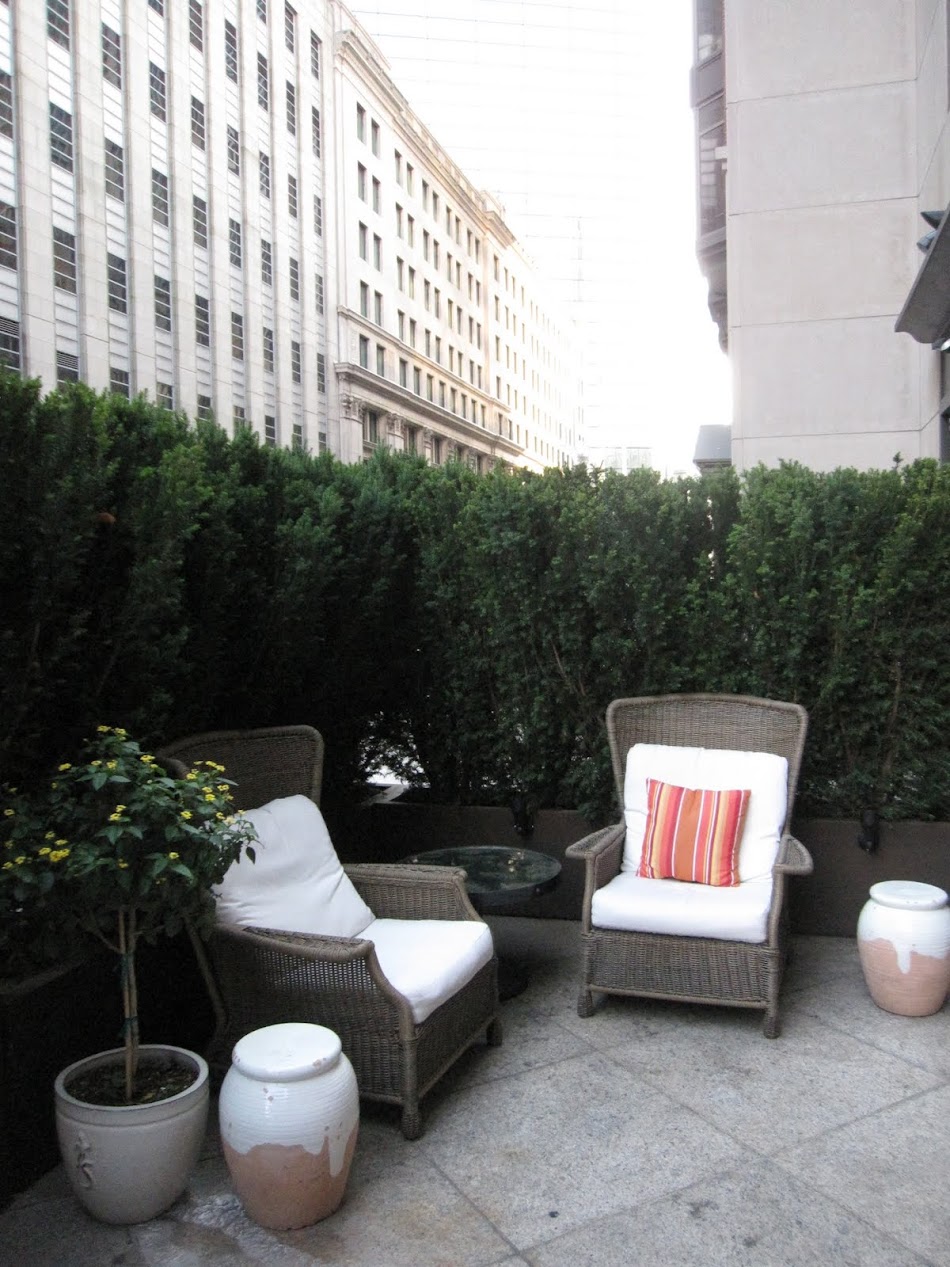 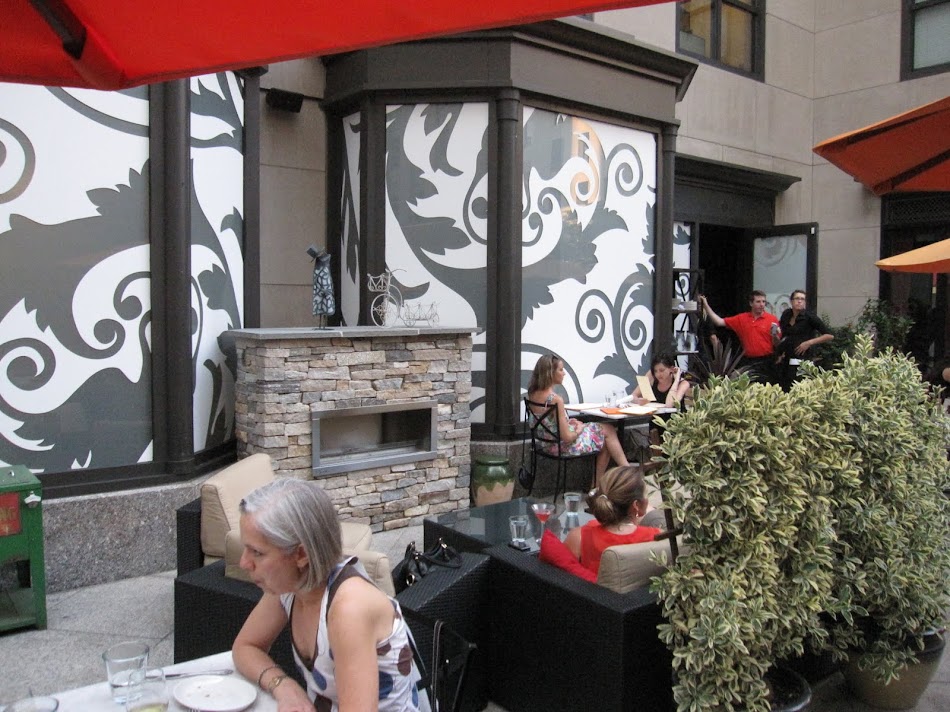 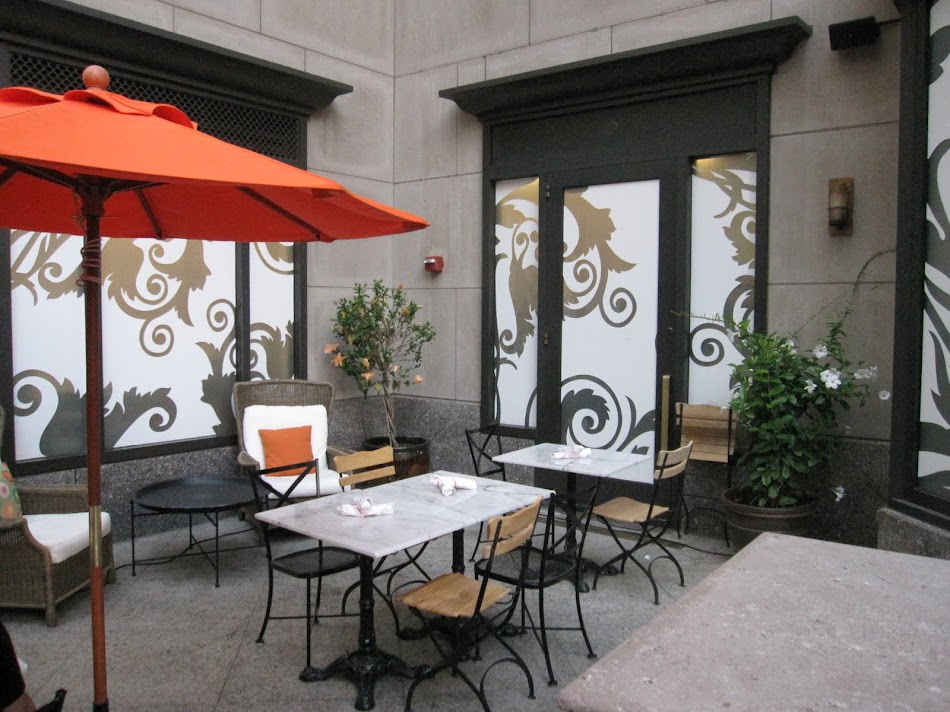 We started the evening with drinks. One house margarita, one red sangria and one rosa fuerte - the vodka spiked, pink lemonade. 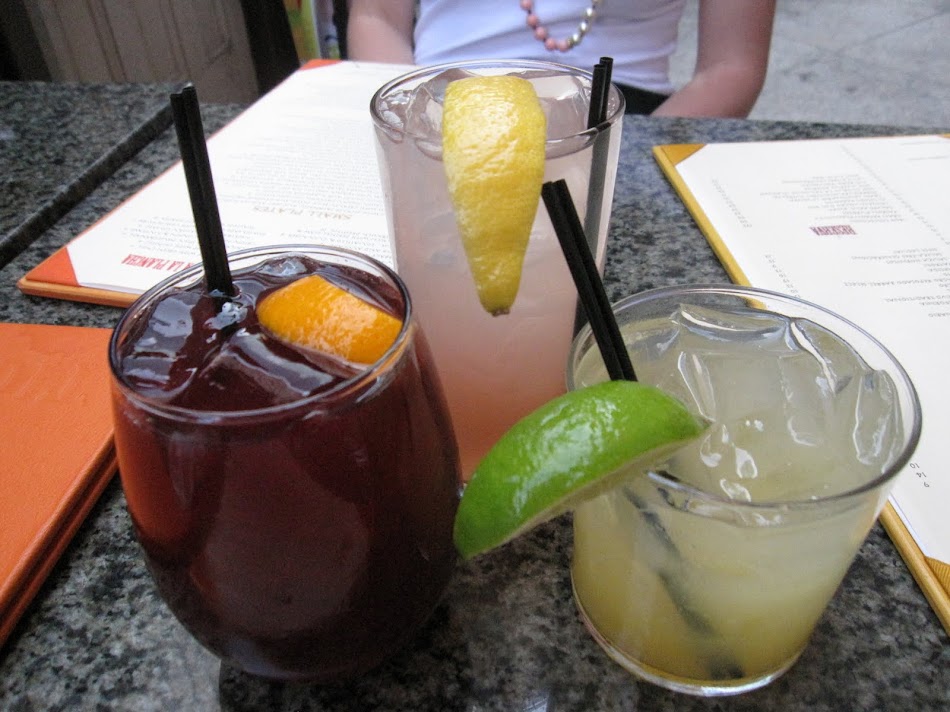 We had a difficult time with the menu. Tico is largely small plates, with a few entree options. The food is designed to share. 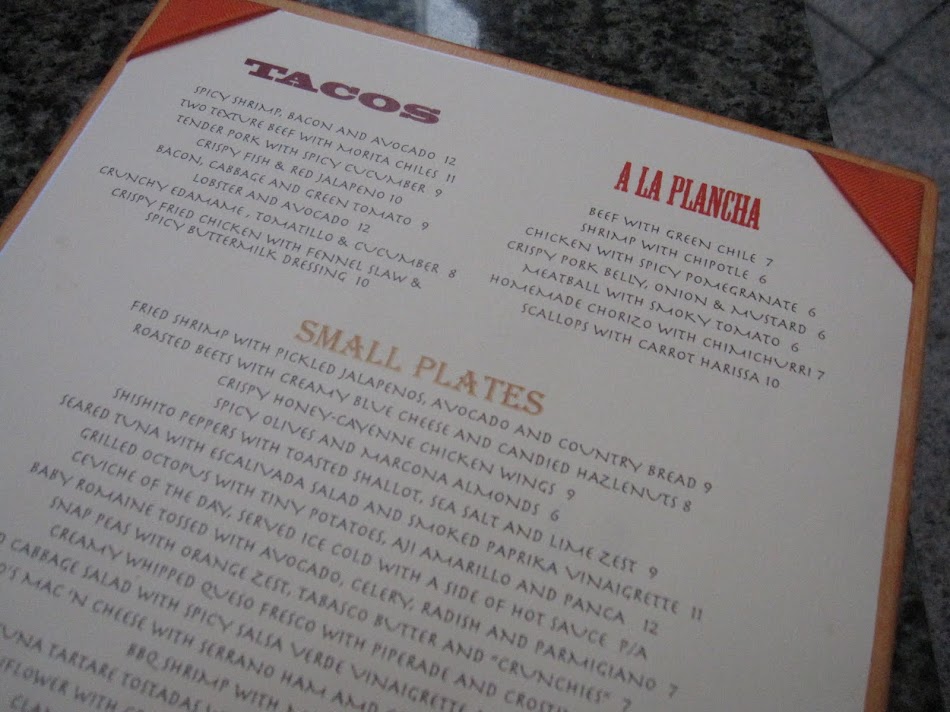 When we asked our waiter how many small plates we should order, he tried to upsell us with their "Can't Decide?" option, which offers three levels of a chef's tasting menu. Having never had Tico's food before, we didn't want to risk it. 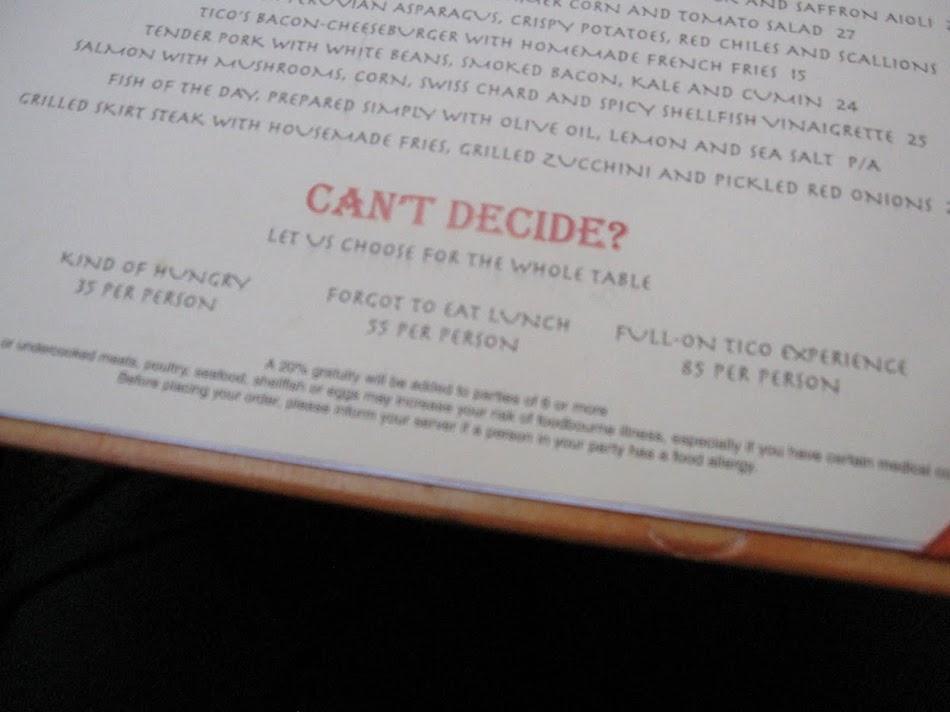 After we finally placed the order for our first round, our waiter brought us bread and olive oil. This seemed out of place to me for some reason. It felt like chips would have been more appropriate. 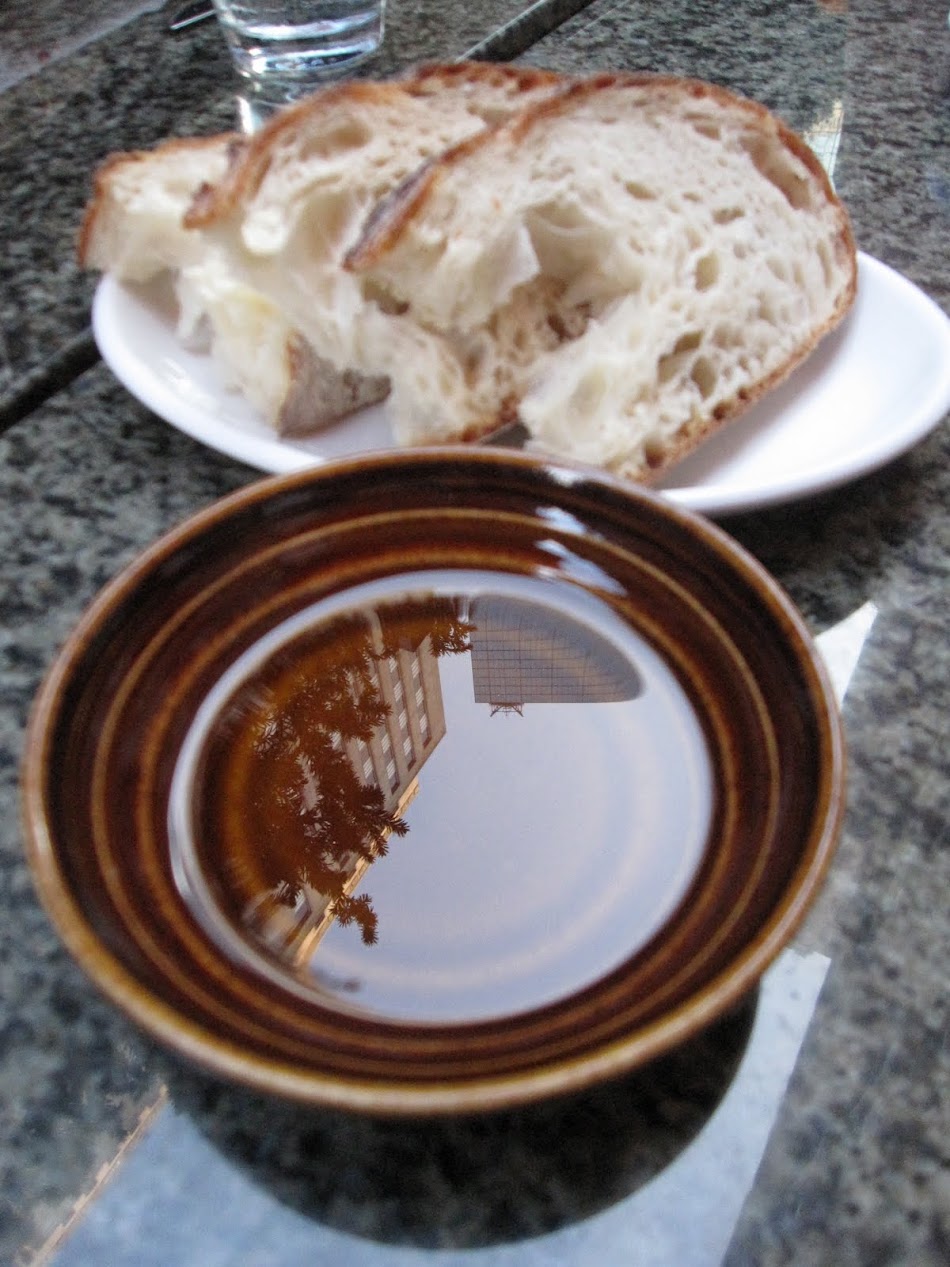 The first plate to arrive was the queso fresco with crostini. We weren't in love with this dish. One friend commented, "this tastes like a bagel and cream cheese." We were hoping for the classic, orange, queso fundido vibe. No dice. 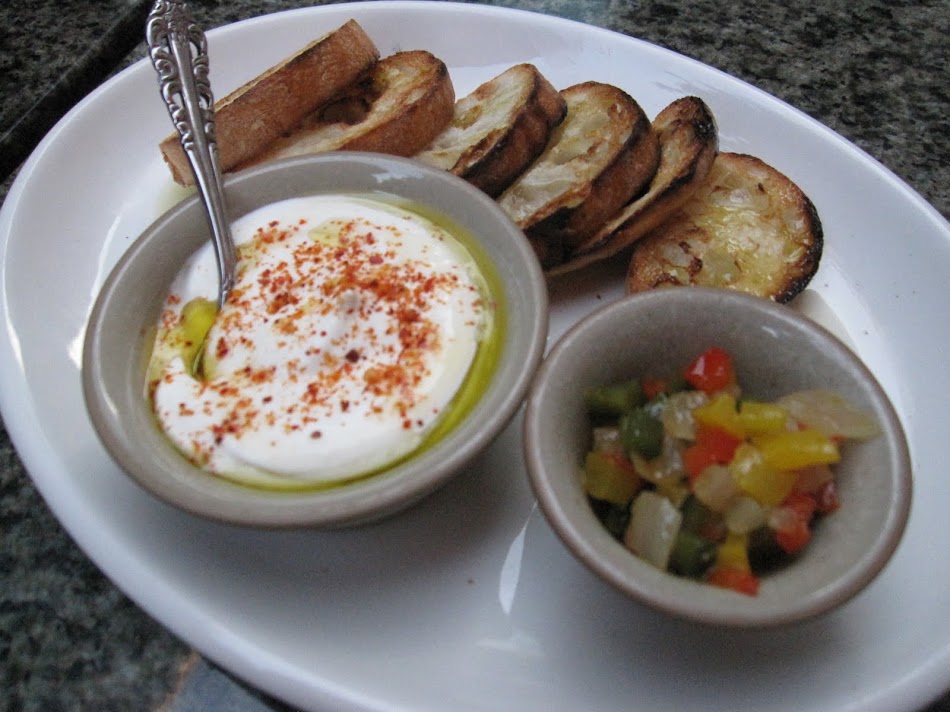 Next we sampled the snap peas. They had a nice, spicy kick to them and the bites we had with the orange zest were really refreshing. 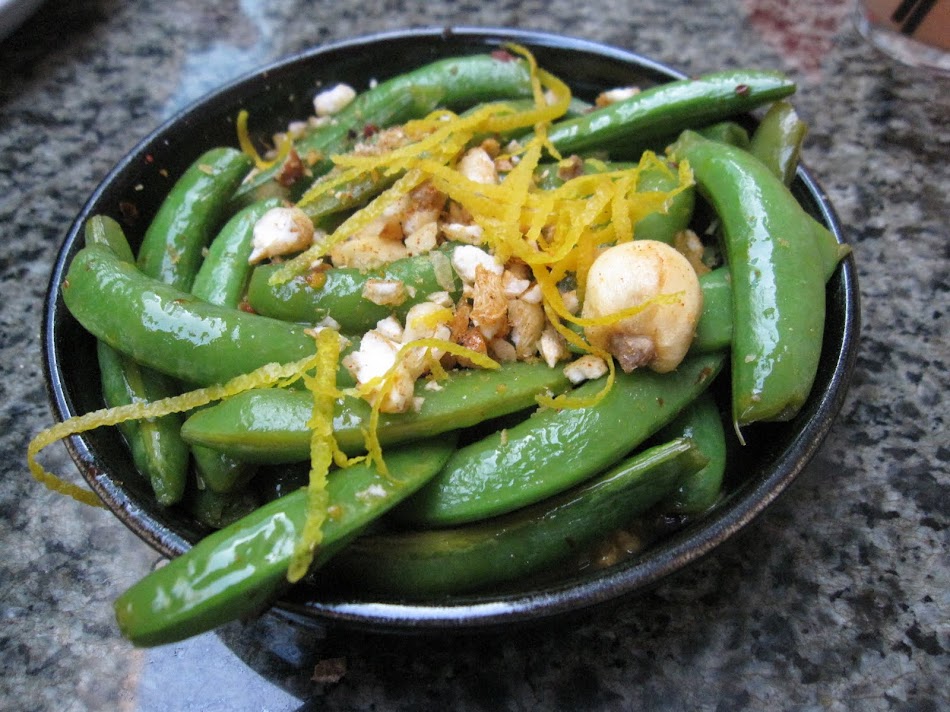 The third plate to arrive was the cauliflower with creamy chipotle and fava beans. This was hands down the best savory item we selected. I could have eaten three more bowls of this! 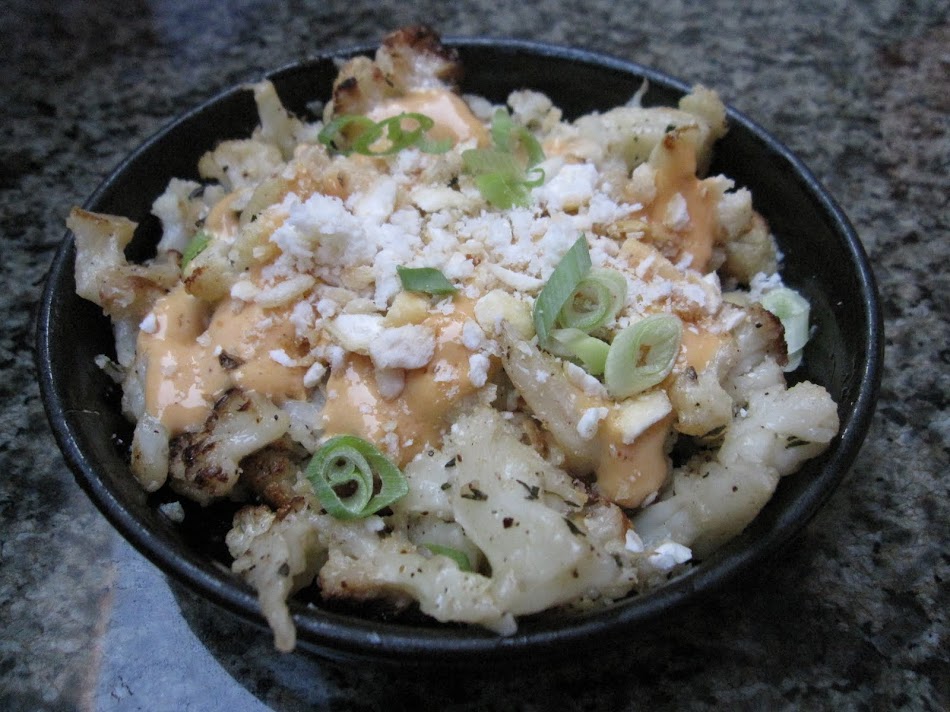 Our fourth and final plate in the first round was the mushroom and cheese quesadilla with black truffle salsa. These had a very rich and decadent flavor. 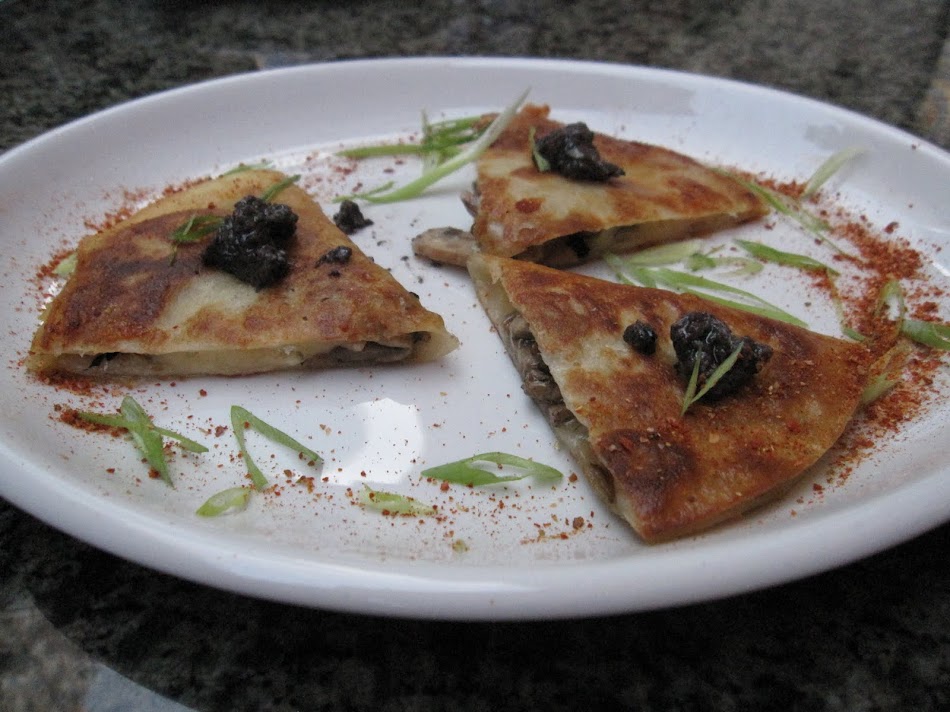 As soon as we showed signs of backing off, a very aggressive server came over and pulled our plates right out from under us. She even removed our silverware and placed it on the table. Ick!

It took our waiter a solid fifteen minutes to check back in with us and we were anxious to order more food as each of the plates we'd had were quite small. We were getting a bit impatient.

In the second round we ordered the lobster tacos which came with avocado and something pickled and pink as a garnish. 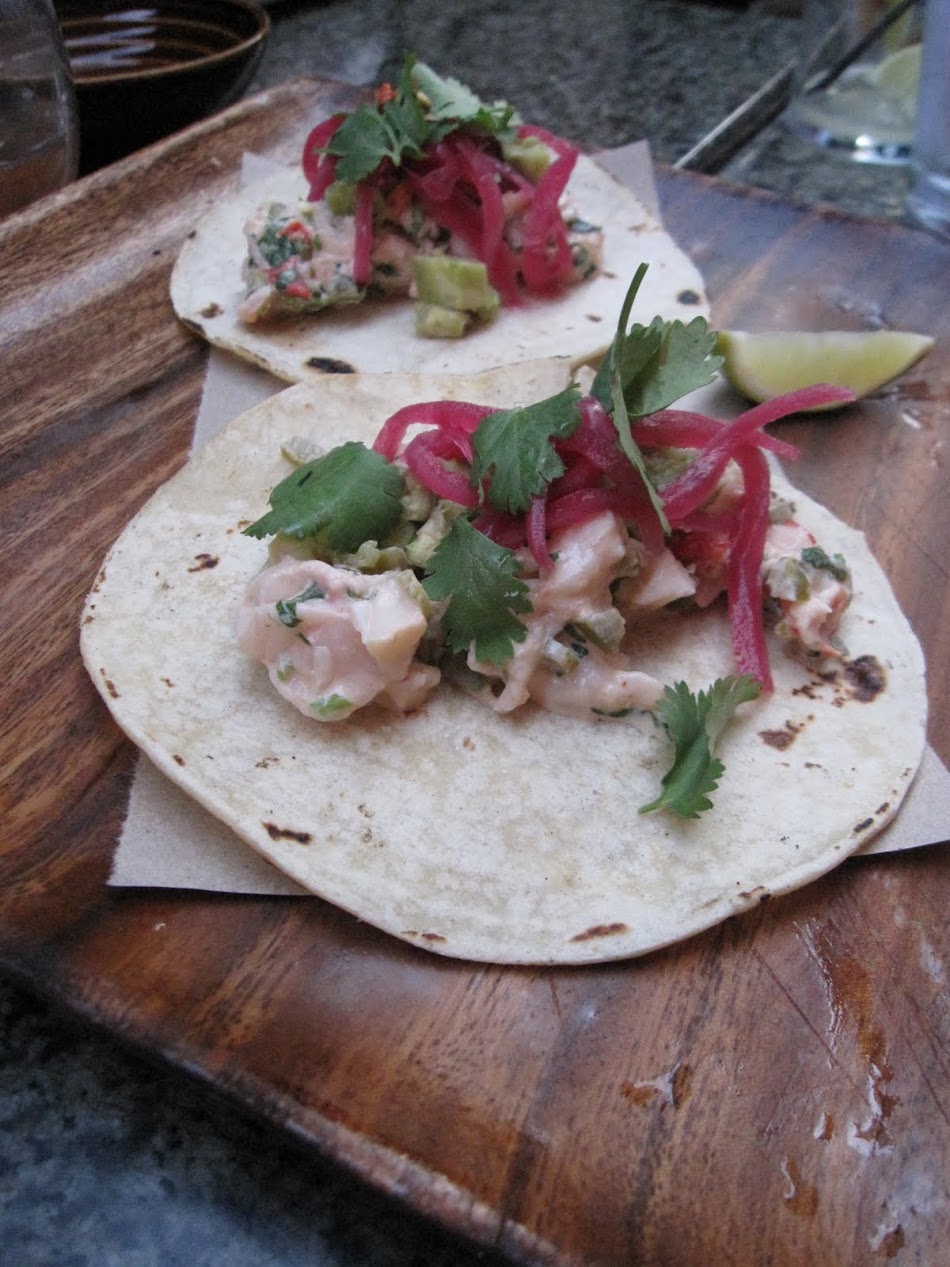 We also ordered the edamame, tomatillo and cucumber tacos. These fried edamame balls tasted like falafel. 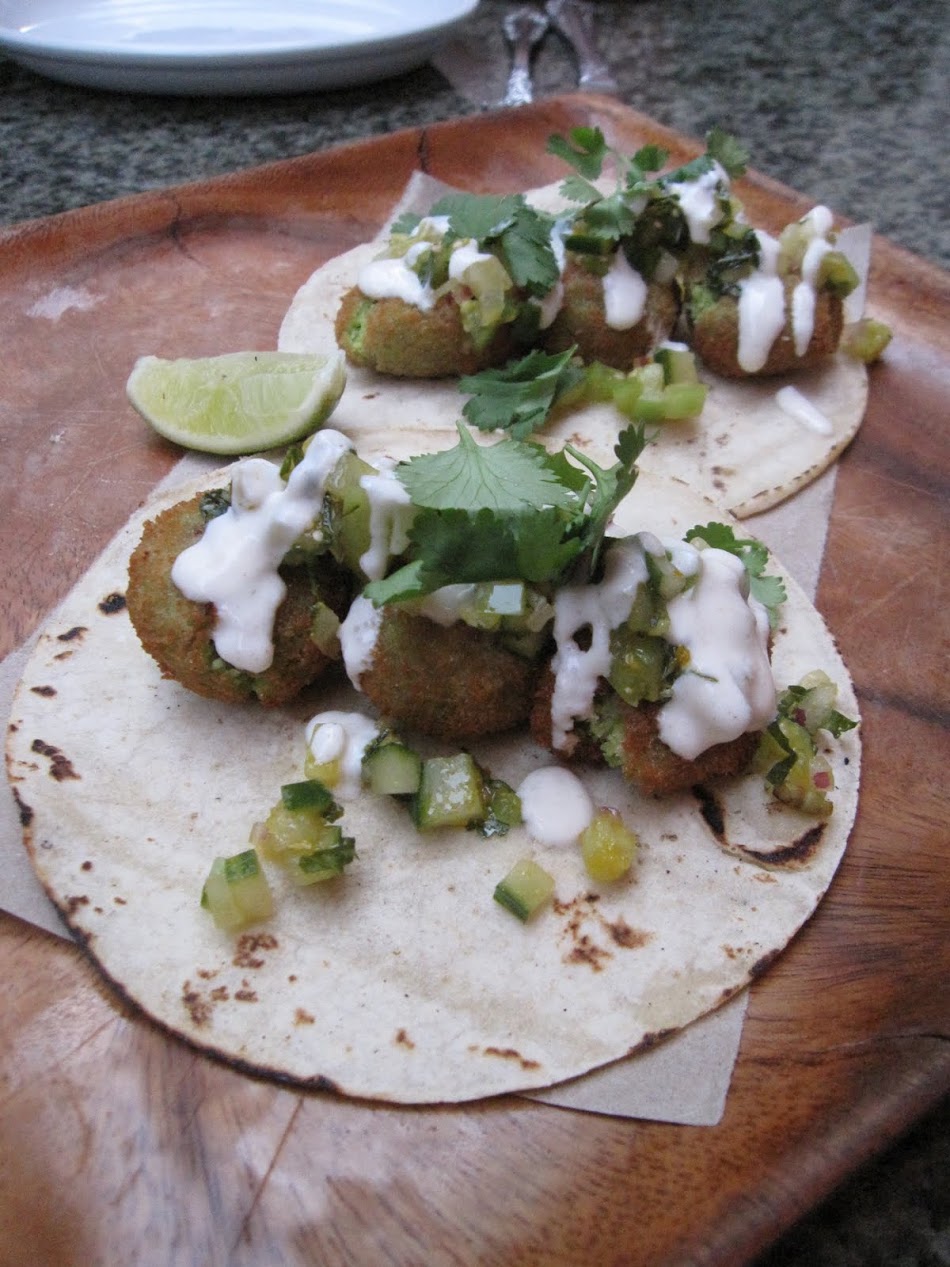 We also ordered the chicken a la plancha which came in a lollipop presentation. 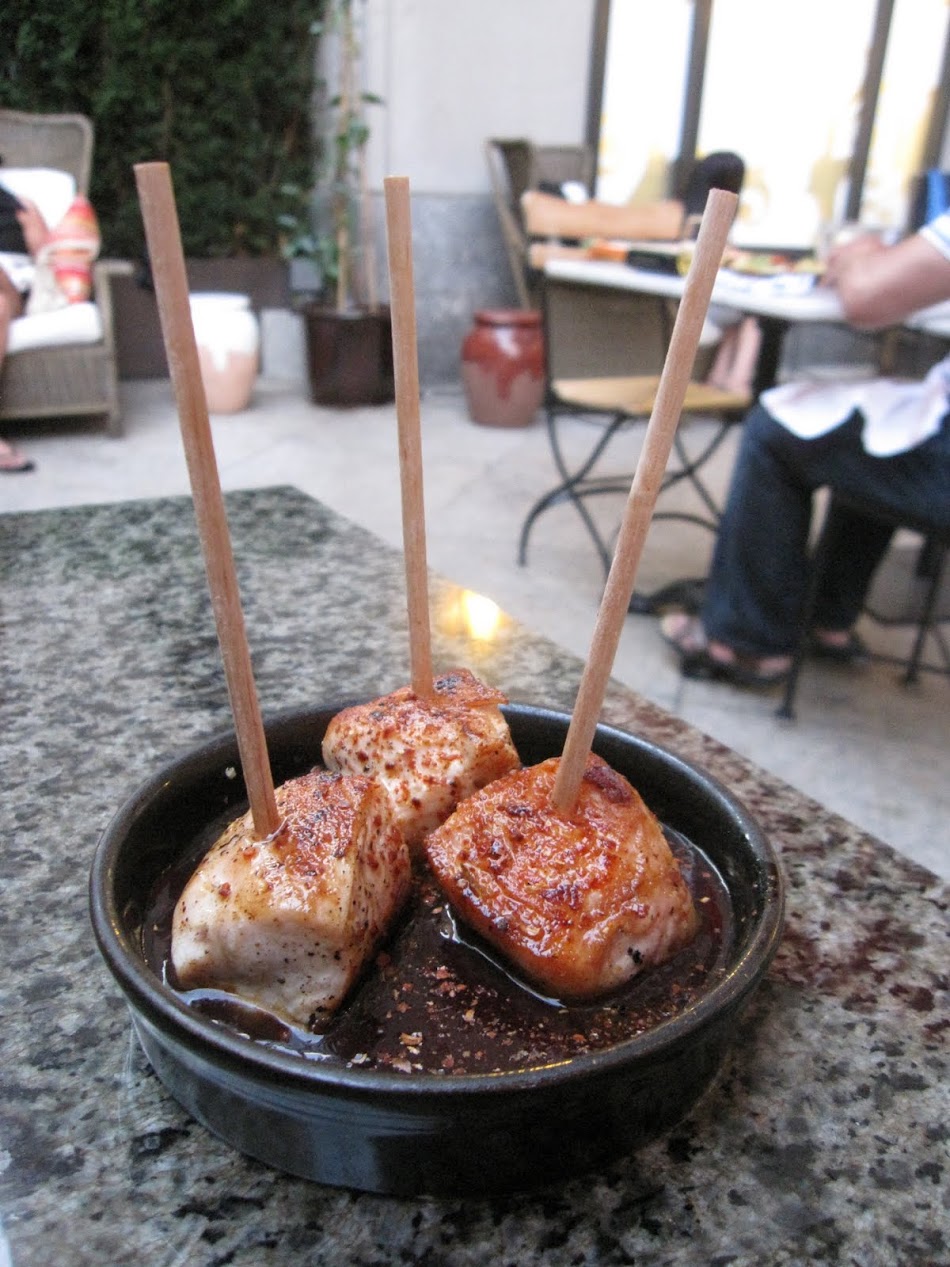 Lastly, we tried the friend manchego cheese. Each bite was delicious, but the pomegranate honey dipping sauce was horrible. Somehow I didn't get a photo of this one!

Again, as we were finishing up, the same server appeared and whisked all our plates away. I am not quite sure why, but she seemed hell bent on clearing our plates before a manager had the chance to point out to her that we were finishing. It was very off putting.

Another fifteen minutes later our waiter returned to ask if we'd like to order any dessert. We ordered two plates. The first, which we saw earlier on someone else's table, was the chocolate gelato, peanutbutter mousse and caramelized banana. This was incredible! I would come back just for this. 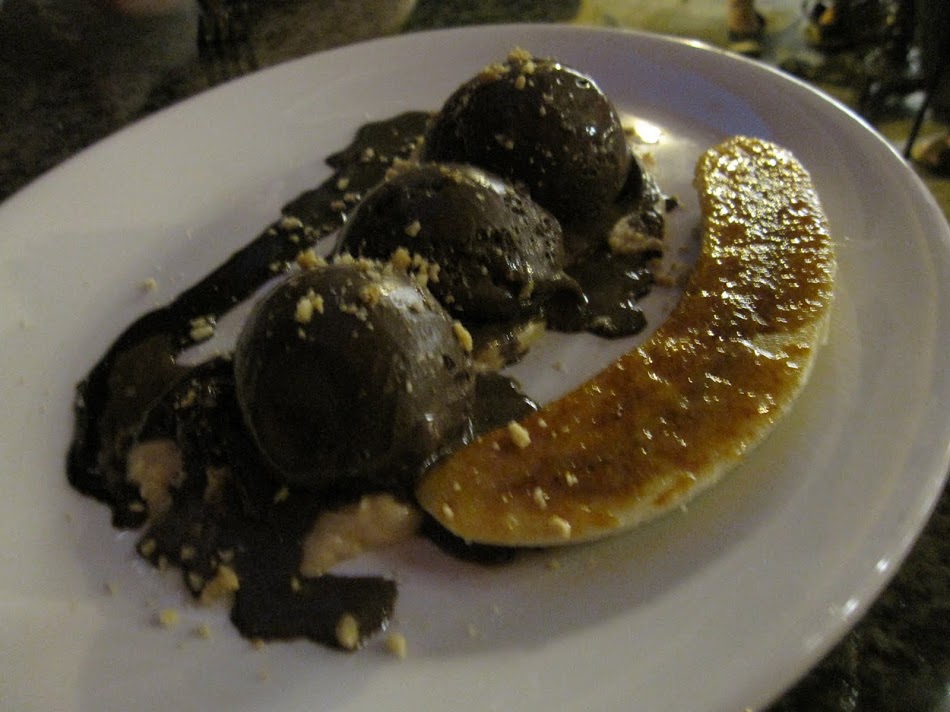 We also ordered the cookie plate which had a chocolate fudge cookie, a chocolate chip cookie and a peanutbutter cookie served with a glass of ice, cold milk. Each cookie was soft and delicious. The mouth of the milk glass was nice and wide for dunking. 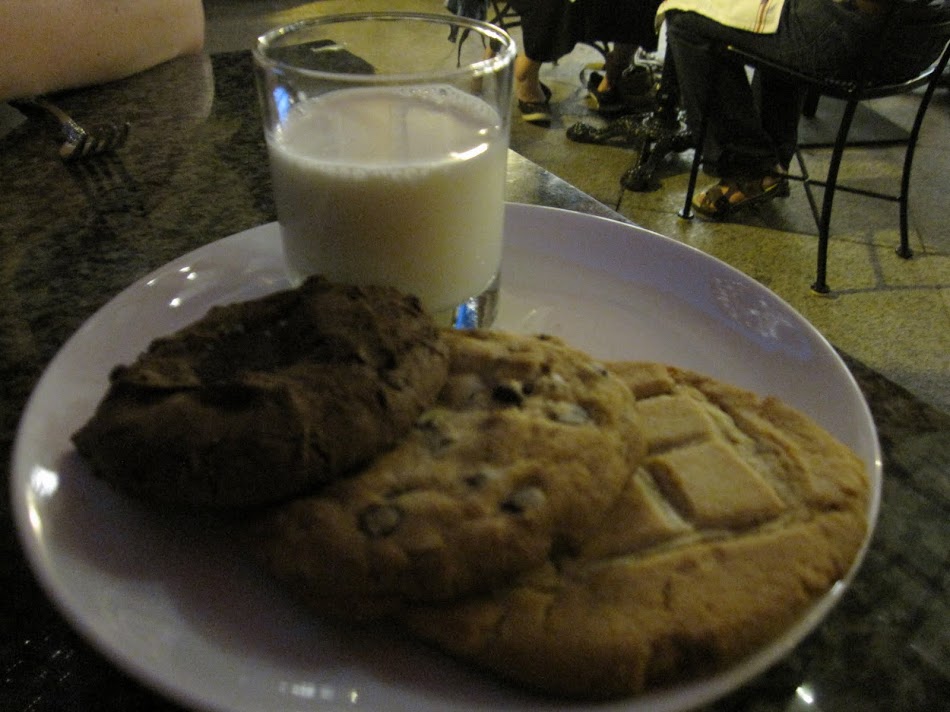 While we noshed on these two sugary delights, we looked up and noticed the John Hancock building and the Prudential tower were lighting up behind us. Gorgeous. 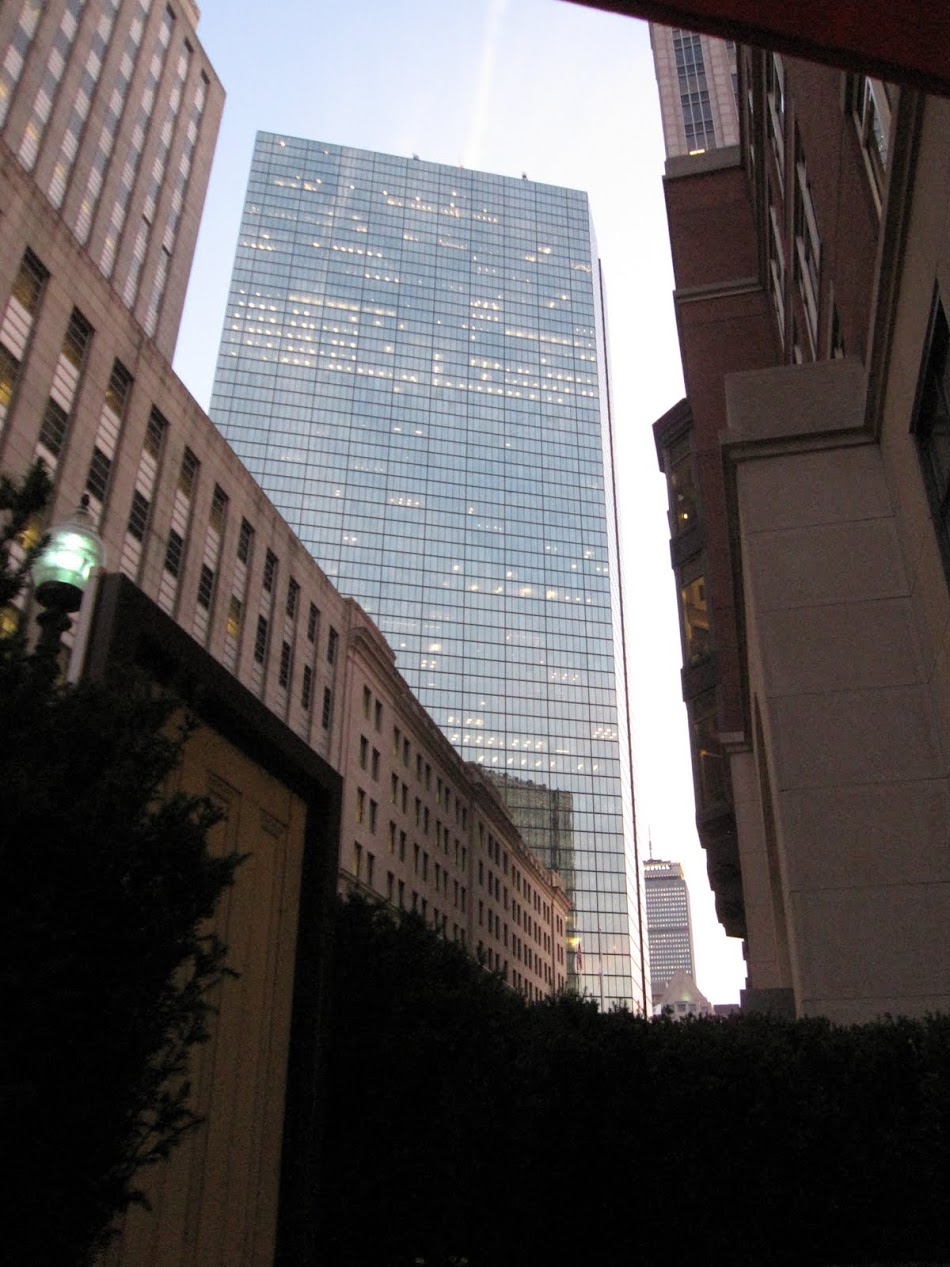 For me, Tico was a mixed bag. The cauliflower small plate was fantastic and the two desserts we sampled were marvelous. The outdoor patio was stylish and allowed us to make the most of the beautiful summer weather. However, the majority of the food was lackluster, our waiter was inattentive and the aggressive server swiping our plates really bothered me. With so many other superb restaurants on my favorites list, I don't think I'll be returning to Tico.

Interesting, I too have yet to check out Tico. Your experience, especially the server, really did seek lackluster. Some of the dishes do sound delicious though

I went in the wintertime, so it is cool to see your patio pics! what a great use of the space. such a bummer that your experience was lackluster. the service and wait time sounds so annoying! I pretty much loved all the dishes I sampled, but I ordered a lot of different ones compared.

The outdoor space looks like an oasis in the middle of the city! I'm sorry your service and food were sub par :( 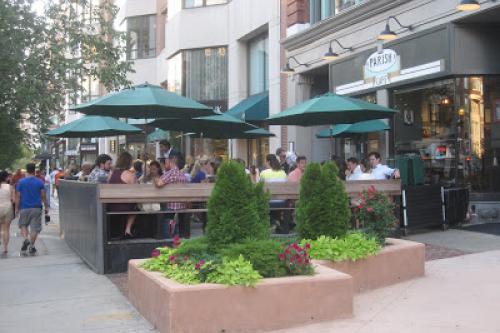 Parish Cafe is one of those Boston restaurants that everyone has visited. Well, everyone except me. Opened in 1992, the menu consists largely of sandwiches created by other famous Boston chefs. Parish Cafe sits on Boylston Street between Copley Square and the Public Garden. It has an outdoor patio with a great view and superb people watching.

Two years ago I had the great privilege of attending the inaugural Farm to Post dinner at Post 390 (read about there here). Owner Chris Himmel and Chef Eric Brennan are sincerely committed to supporting local and created this dinner series to celebrate the best products from their favorite partners. 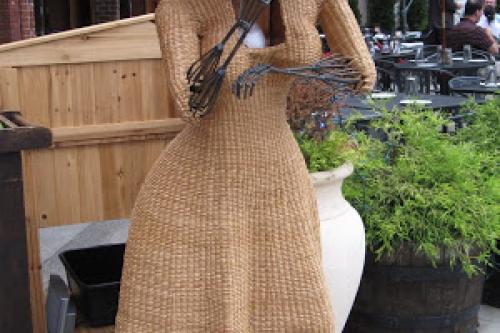 Tonight I had dinner with my college roommate at Zocalo in Back Bay.